NEYMAR is OUT of the Copa America after leaving Brazil's pre-tournament friendly against Qatar on crutches with a protective boot around his ankle.

Brazil confirmed he has ruptured ligaments in his right ankle after tests and will not be able to recover in time for the tournament which starts in nine days. 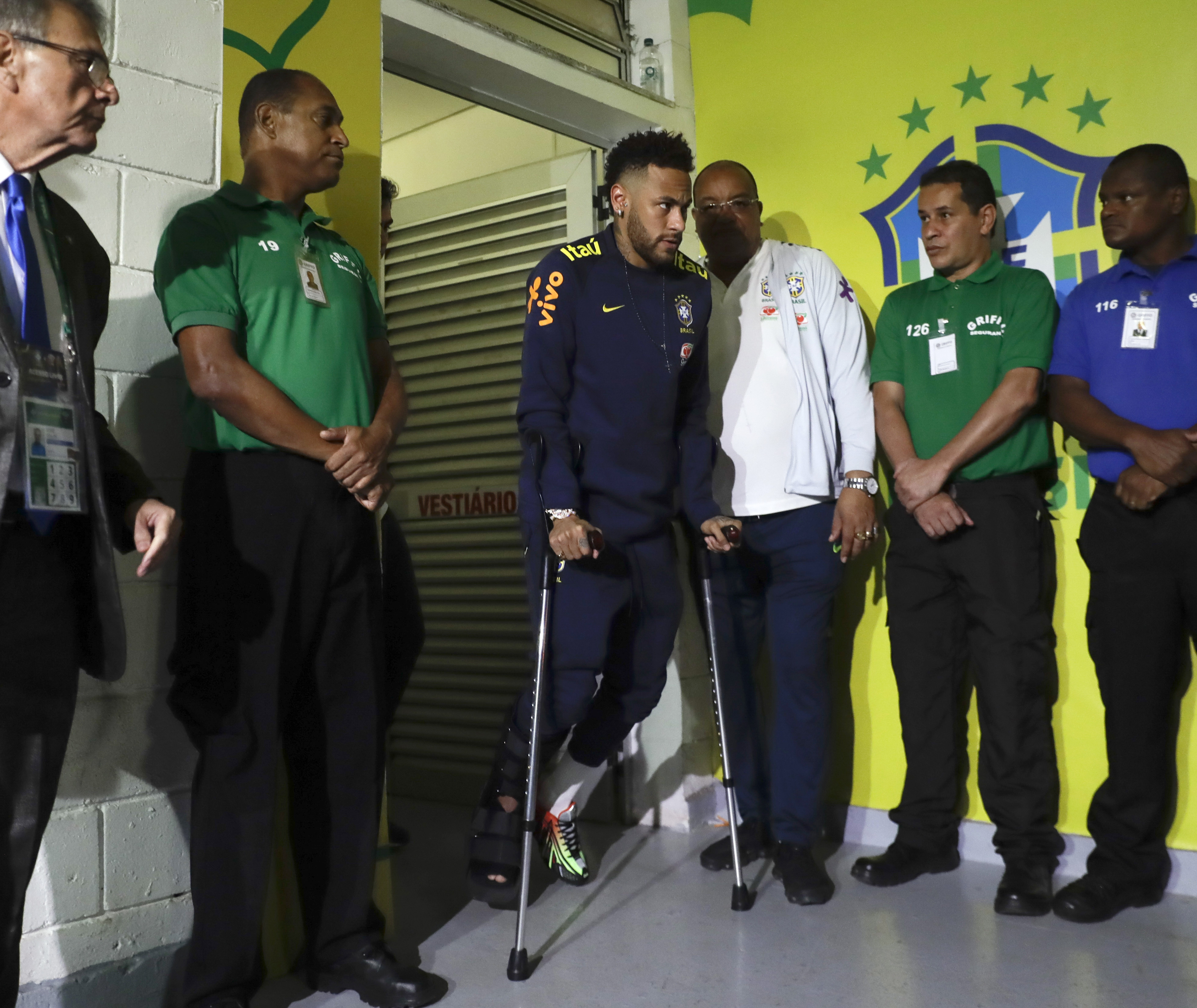 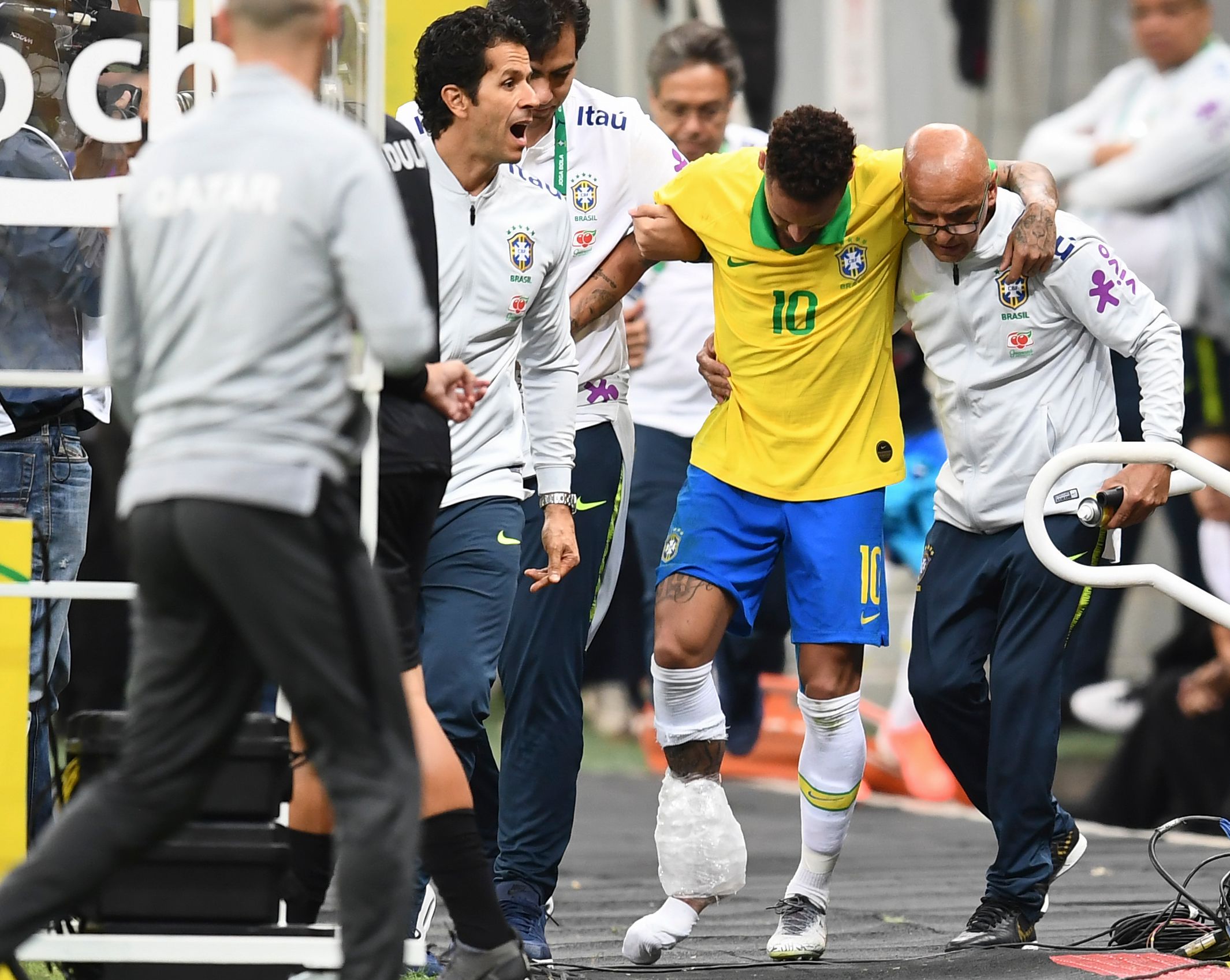 The world’s most expensive player, 27, had earlier hobbled off the pitch in tears following a rough tackle, just hours after a woman who accused him of rape went on TV.

Neymar had a huge pack of ice around his right ankle as medical staff escorted him to the Mane Garrincha Stadium changing rooms.

He was later photographed leaving the 72,000 ground on crutches.

The home side won the Brasilia friendly 2-0 thanks to goals from another Everton man Richarlison and Gabriel Jesus as the Premier League pair laid claims to starting places at the tournament.

The star leaves the tournament under a cloud after a model who has accused Neymar of rape went on TV to describe his alleged "aggressive" attack.

Najila Trindade, 26, repeated her claims against the PSG forward, telling SBT Brazil: "I was raped."

He strongly denies the allegations and claims she is trying to extort him.

Neymar was Brazil’s poster boy for the Copa America which starts in less that 10 days’ time and he faces a third major tournament of injury woe.

He was a shadow of his former self in Russia last summer when Brazil stuttered through the rounds after facing a race against time to be fit at all.

But it was four years earlier at the 2014 World Cup in his home country that he left the tournament due to injury before Brazil were thumped 7-1 by Germany in a jaw-dropping semi-final loss.

Neymar did make amends by winning Olympic gold with the Samba Boys in 2016 at the Rio Games.

The £195million PSG ace missed the majority of the second half of his club’s season with a metatarsal injury and has aggravated the same leg again.

He was infamously suspended after PSG's incredible 3-1 defeat to Manchester United after having an X-rated rant at the referee in the tunnel, despite playing in neither leg.

He is now serving another suspension for appearing to hit a fan after PSG's Coupe de France defeat last month.

Tite's side have another pre-tournament friendly against Honduras on Sunday before starting their Copa America group stage against Bolivia the following Saturday, while also facing Venezuela and Peru. 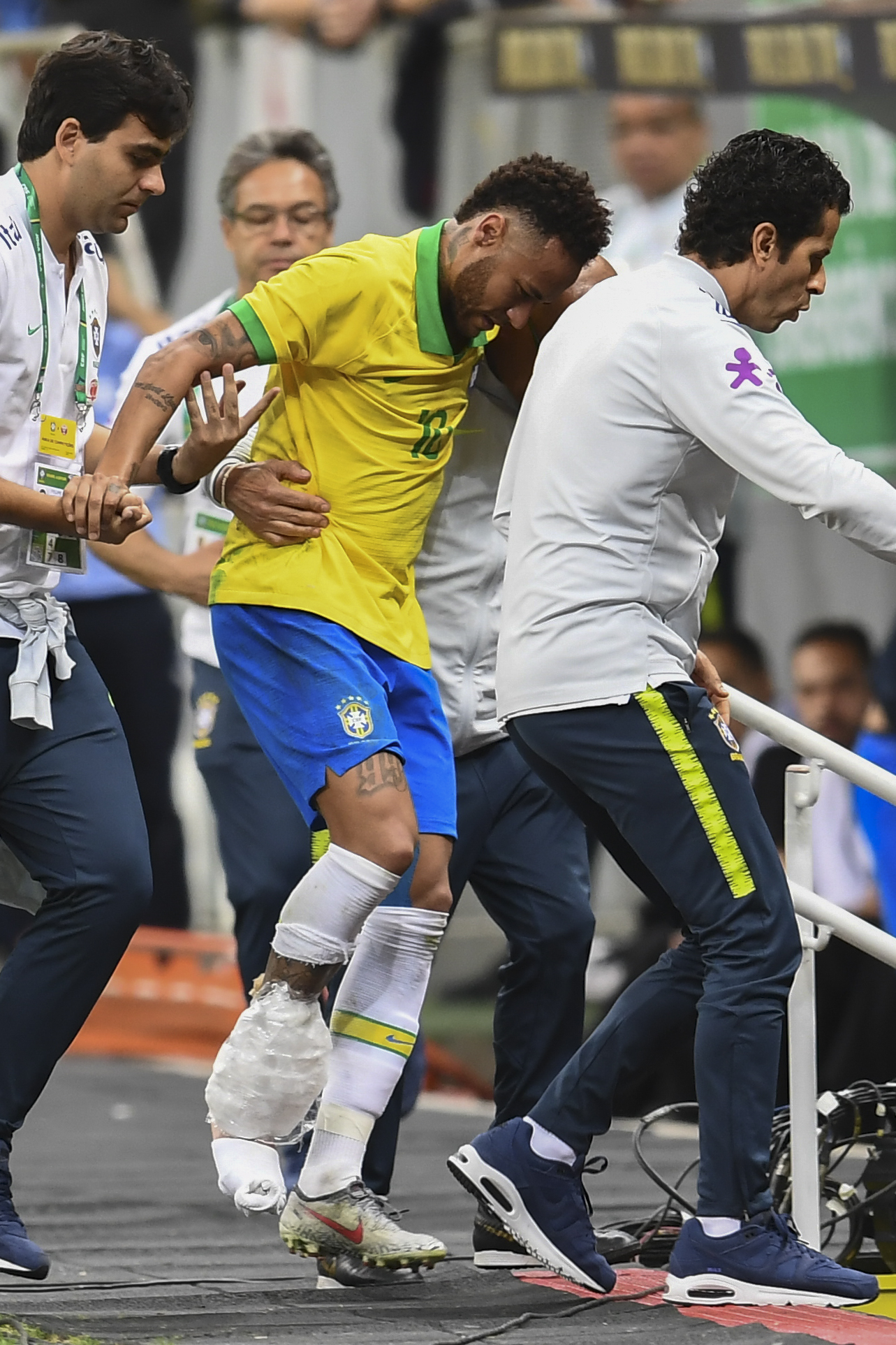 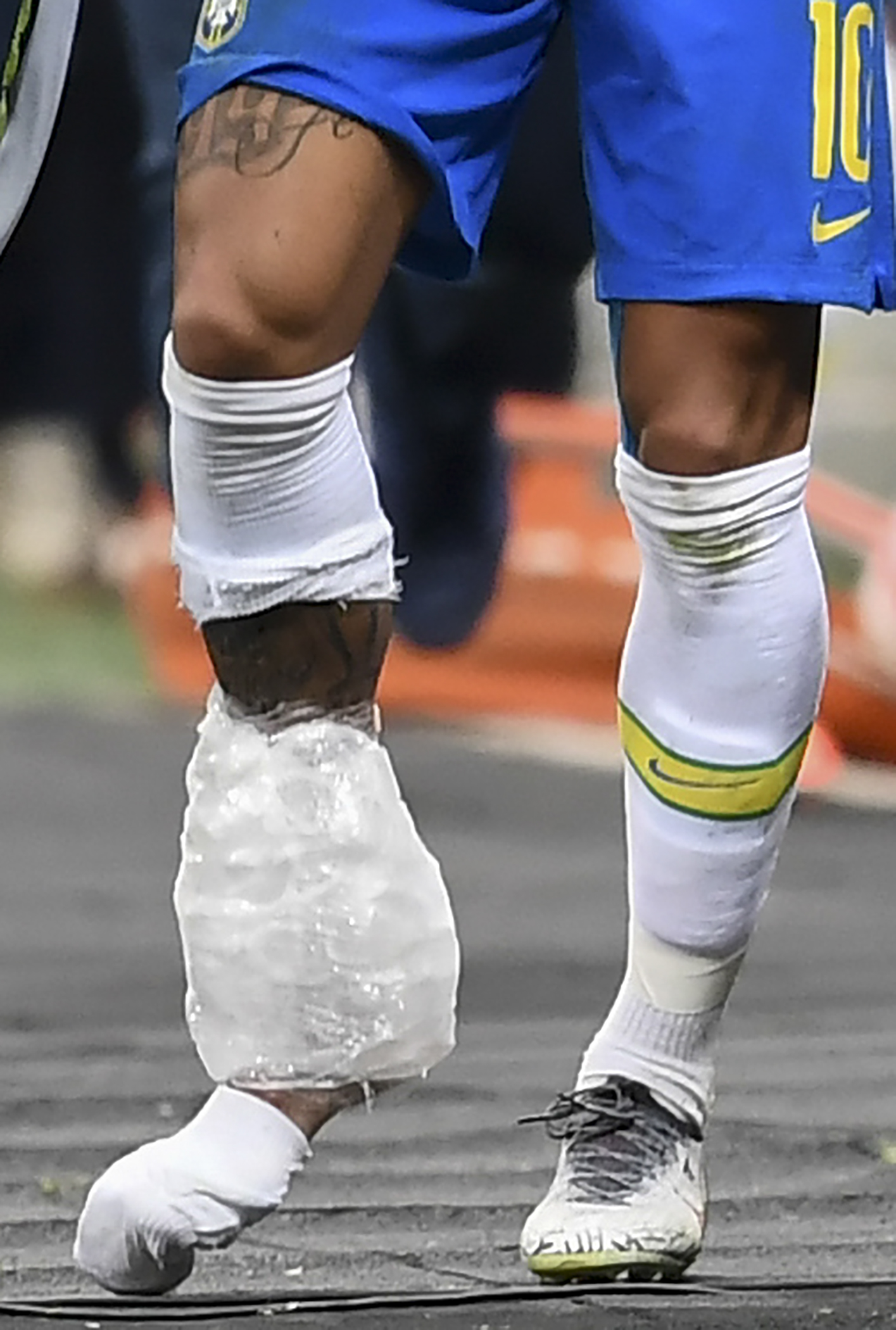 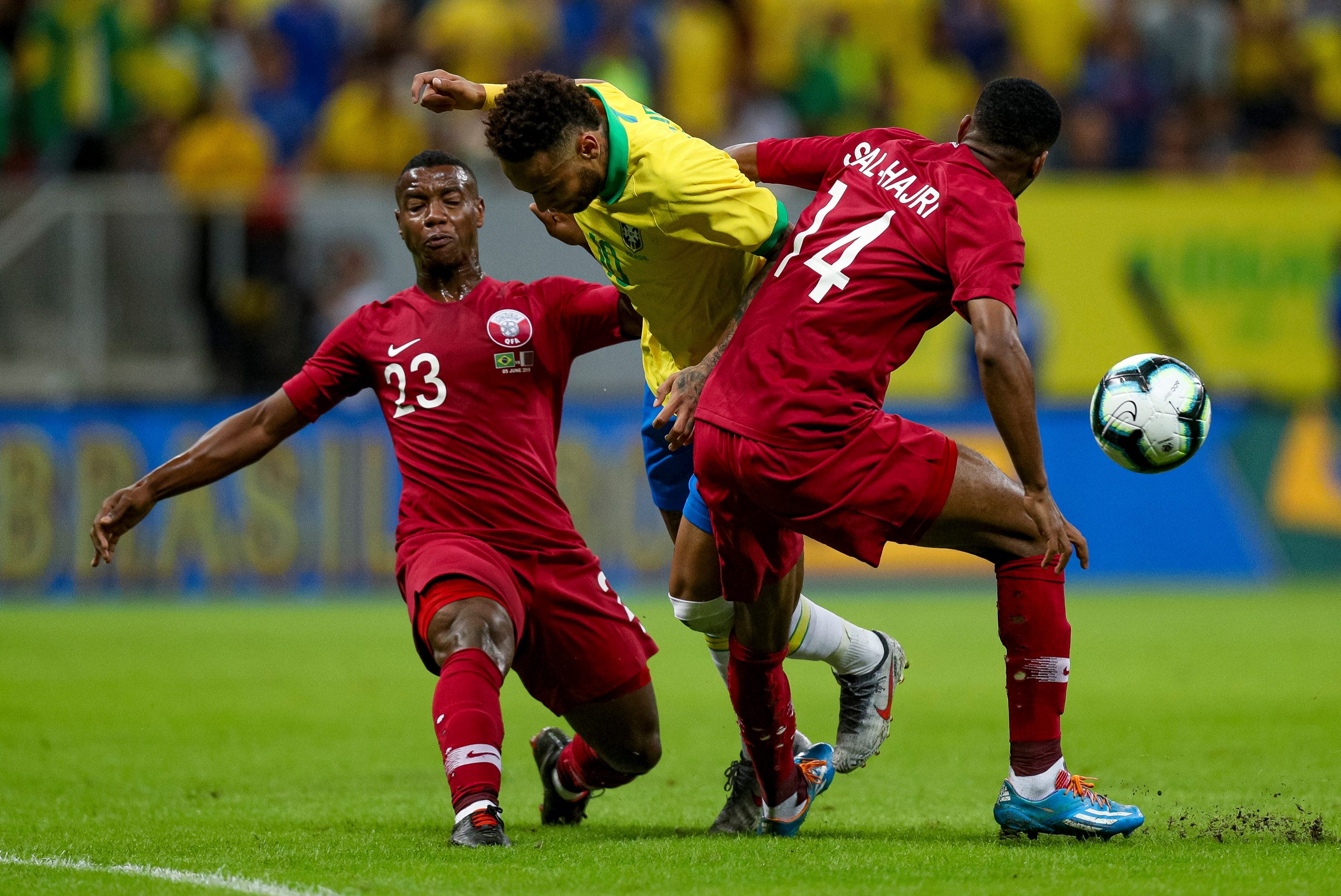 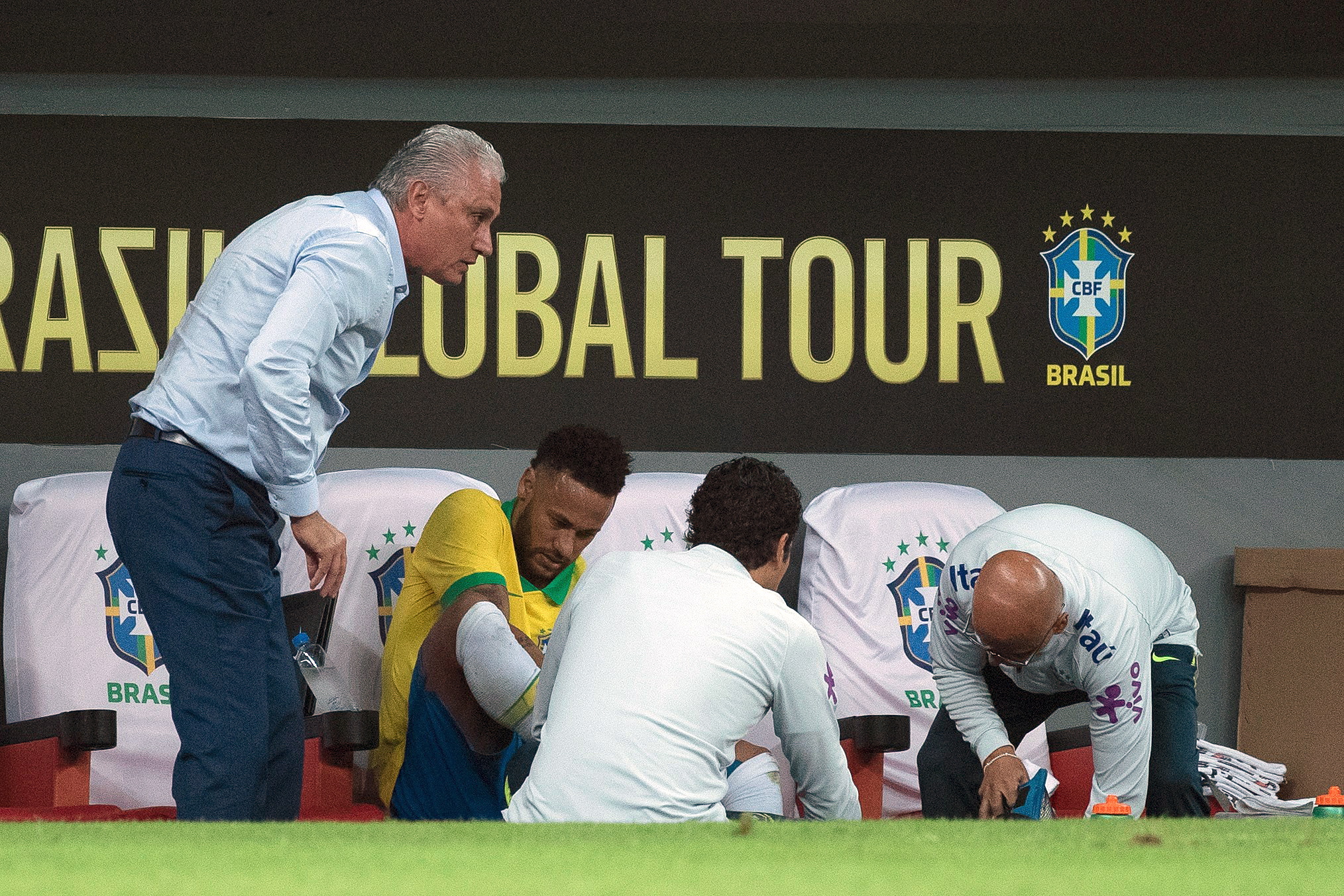