The 26-year-old scored four times in a win against the Detriot Lions on Monday night – and later breathed a deep sigh of relief as the lost ashes were found. 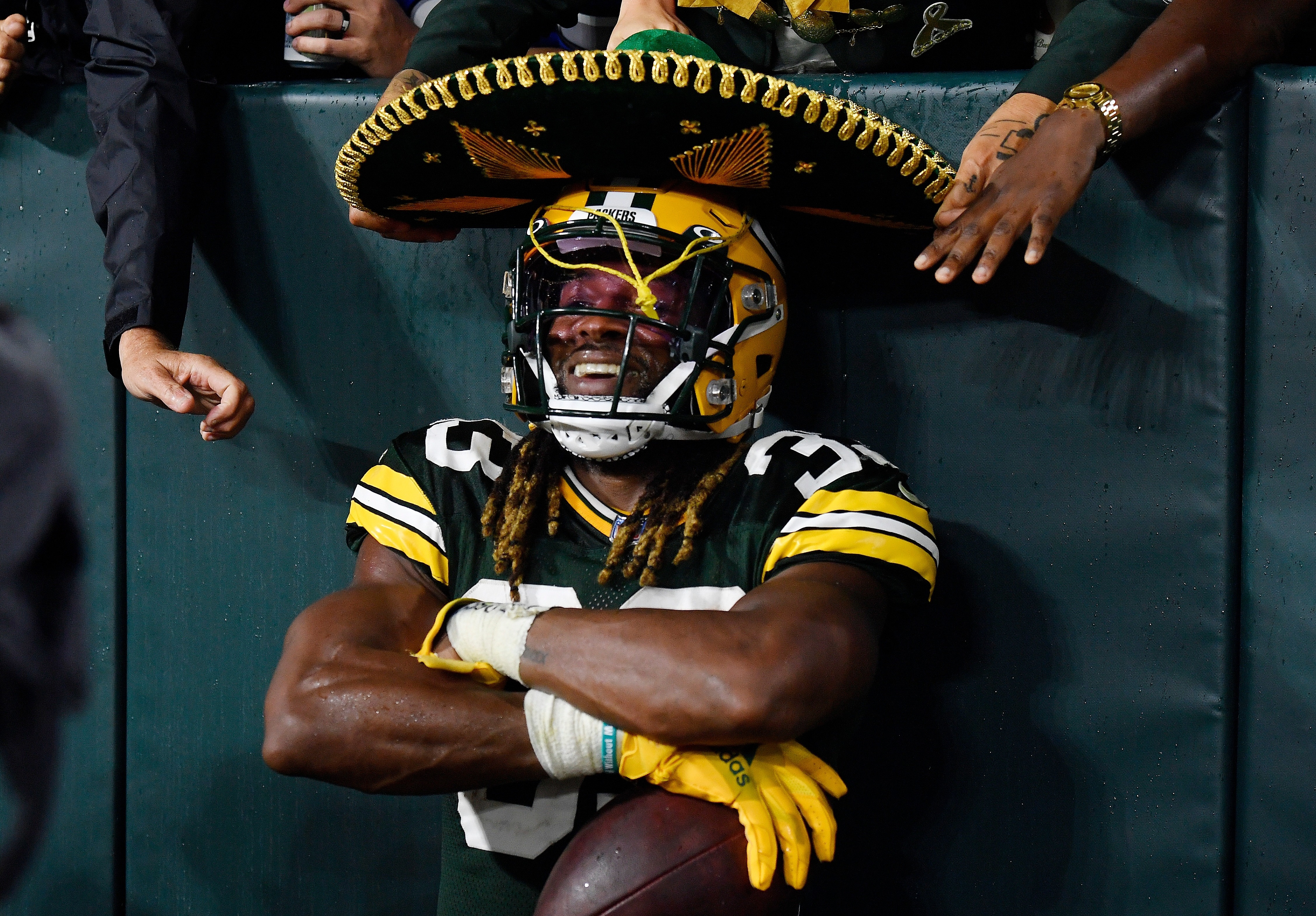 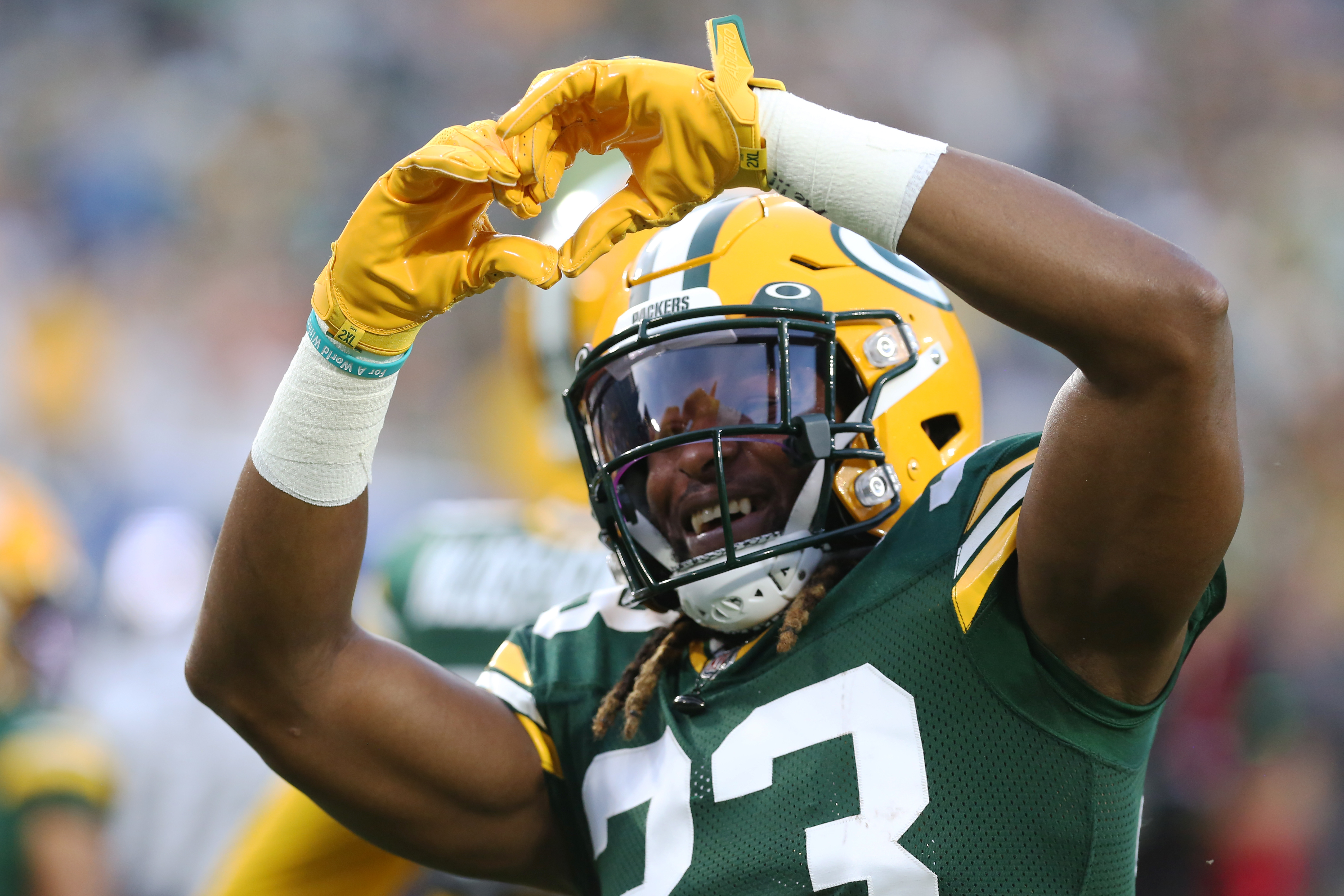 The running back revealed he lost the priceless pendant during his second TD celebration – but ground staff later recovered the precious item after a thorough search.

Jones initially said his dad would have been happy that he lost it while scoring.

Speaking after the game, Jones said: "He’d be happy. He’d be like, ‘if you lose it anyway, lose it in the end zone!'"

Then on Tuesday morning he confirmed a team trainer recovered it late into the night.

"It shows how much they care about us."

His father Alvin Jones Sr had not missed any of his son's pro matches in his nine years as an NFL player.

The 57-year-old tragically passed away in April as a result of Covid complications.

And in Jones' first game back after the death, he wore the pendant with the ashes and has done so for every match since.

'I GOT YOU POPPA'

He wrote: "Heart torn into a million pieces. I’m so proud of you.

"I love you Dad. I promise I’ll always protect and take care of our Queen and the rest of the family.

"You’ve raised me and have been preparing Vino and I for 26 years.

"Can’t even imagine game days without you by my side. Haven’t missed a game in nine years and it scares me to think about it.

"But I know you have the best seat in the stadium and you’re forever engraved in me and I’ll carry our name high and be great like you’ve pushed me all my life!

"I could write a book and go on and on but now it’s time to be a man and hold it down. I got you Poppa."