NORWICH missed out on their first Premier League win of the season as their lack of firepower was exposed against Brighton.

Daniel Farke’s side should really have collected three desperately needed points to lift themselves off the bottom of the table. 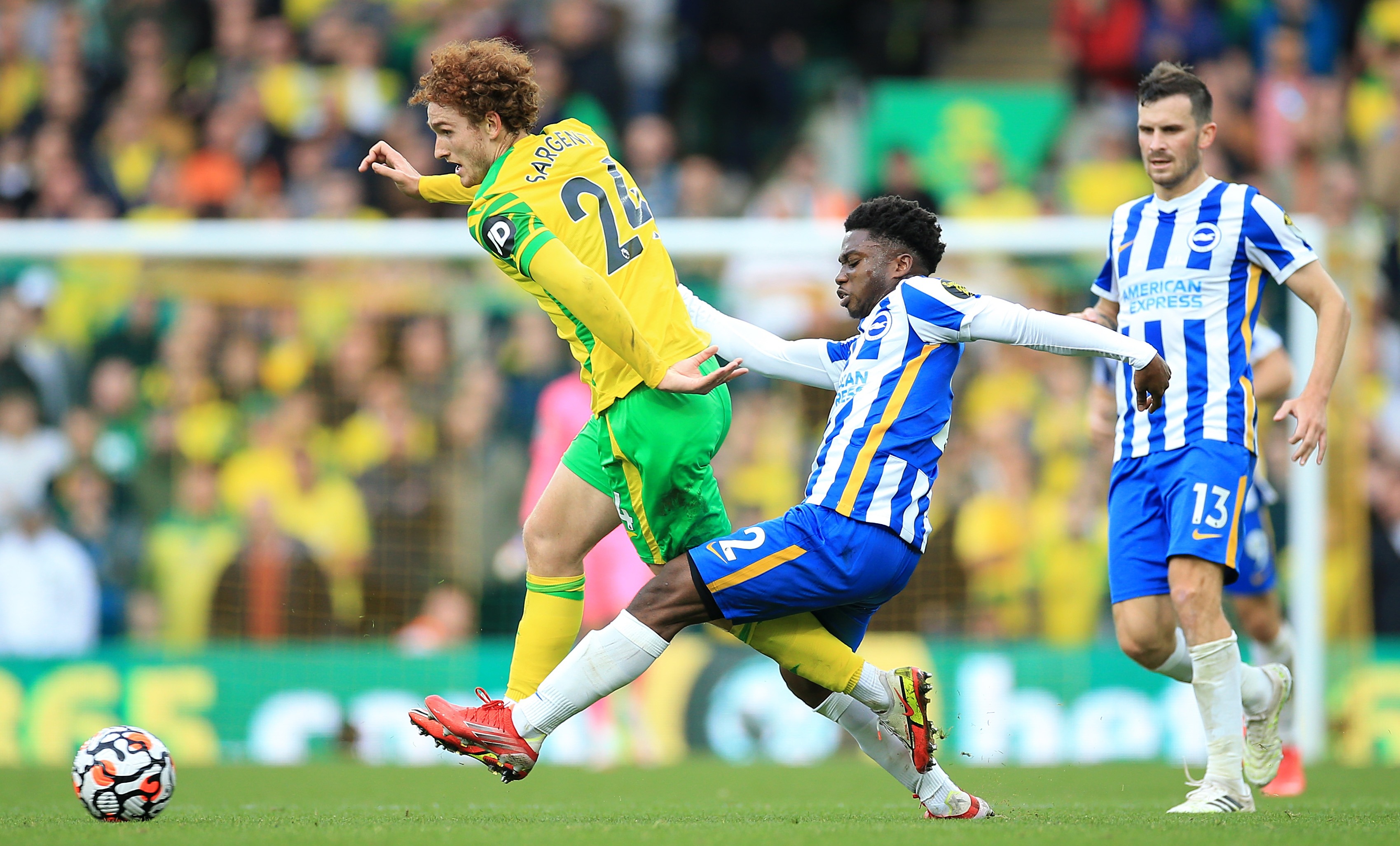 But each time the chance came to score the Canaries fluffed their lines – and a golden chance to break their winning duck went begging.

There will be much tougher tests than Brighton this season, with Graham Potter’s side looking a shadow of the team which has impressed.

And unless they suddenly find a killer touch in front of goal soon, there seems to be no other outcome to the season than a relegation back down to the Championship.

Sooner or later Norwich boss Daniel Farke is going to have to settle on a formation that will achieve results in the top flight – and having secured the goalless draw at Burnley last time out he seems to favour the three-man back line as a route to survival.

The added defensive stability, though, comes at the cost of Billy Gilmour who was again left on the bench despite more impressive showings for Scotland over the international break.

But with a lack of goals a main issue for the Canaries, you do start to wonder just how they are going to score enough to stay up.

Certainly Teemu Pukki is a striker starved of the confidence of his previous stint in the top flight, typified by the Finnish striker deciding to cross badly instead of homing in on goal and getting a shot in when released through early on.

That said, Brighton hardly looked a team fighting for a top four spot in an opening half that did little to get the juices flowing for anyone at Carrow Road. 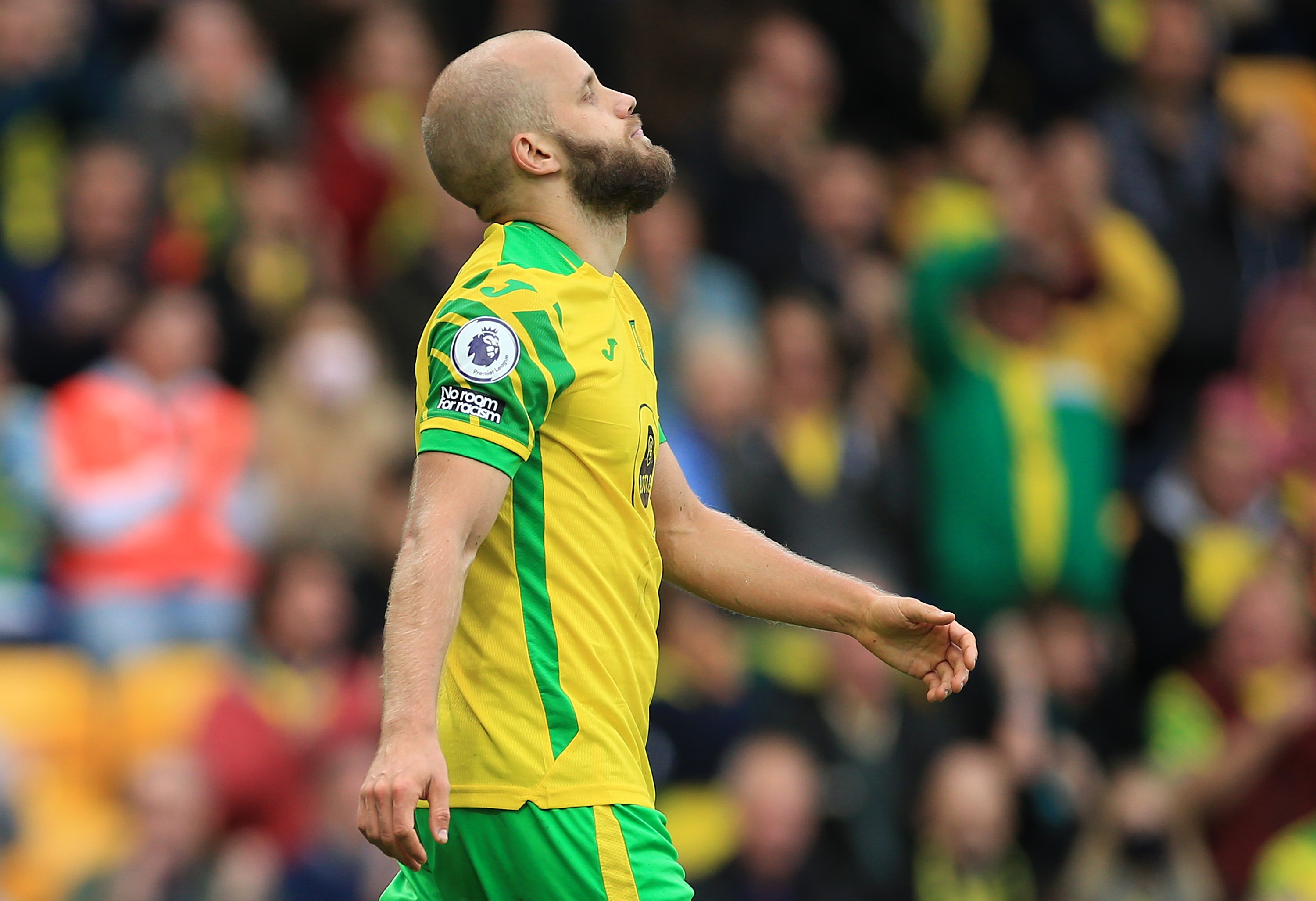 Even so it was only the sharp reflexes of Tim Krul in the Norwich goal who denied them a comfortable lead by the break.

First the big Dutchman got down well to beat away a stinging half-volley from Adam Lallana on 21 minutes as the visitors finally started to threaten,

And Leandro Trossard was left holding his head in his hands ten minutes before half time when his volley, destined for the back of the net, was tipped onto the top of the crossbar by Krul.

The half was petering out to nothing when from nowhere the game was summed up by five seconds of abject football.

Brighton keeper Robert Sanchez contrived to collide with Lewis Dunk ten yards outside the area, gifting Josh Sargent the chance to roll the ball into an empty net.

But the Norwich striker produced an effort so bad it may not even have had the legs to reach the goalline had Shane Duffy not been able to recover the ground and clear to safety.

Sargent is a willing enough worker but it is quality that counts at the top level, and the striker again let himself down two minutes after the break when Pukki released him through on goal, only to come up with a shocking first touch that saw the chance disappear.

Just after the hour it was the Finn’s turn to blow his big chance, slicing into the side netting from the angle with only Sanchez to beat.

The troubles of the pair sum Norwich up. They work hard, get into half decent positions and then produce poor quality at the vital moment.

When Pukki was again set clean through on goal on 81 minutes, only for Dan Burn to recover his ground to block the shot, Norwich’s fans – who stuck with the team throughout – got used to the idea the goal they so desperately wanted was not going to come.

And it could have been worse four minutes from time when Neal Maupay blew the chance to snatch a late win for the Seagulls.

Sub Solly March did all the hard work down the left before driving in a low cross but from six yards Maupay could only divert his touch high over the bar.