Novak Djokovic will celebrate his hard-earned French Open success and then turn his thoughts to Wimbledon where he could equal Roger Federer and Rafael Nadal’s record of 20 grand slam titles.

There has been a growing feeling over the last few years that it will be Djokovic, the chaser, who comes through to sit at the head of men’s tennis.

He has already overtaken Federer as the man with most weeks at number one – 324 and counting – while his five-set victory over Stefanos Tsitsipas at Roland Garros on Sunday saw him become the first of the trio, and the first man in the Open era, to win all the slam titles at least twice.

When Djokovic won his second title at the Australian Open in 2011, Federer already had 16 slam titles and Nadal nine.

“I never thought it was a mission impossible to reach the grand slams of these guys,” said Djokovic. “I’m not there, but it’s one less. But they are still playing. Obviously they’re playing great, especially Rafa with his level.

“We all have still opportunities at Wimbledon, all the other slams. You have four slams a year, so we’re all competing for this amazing achievement and amazing trophies.

“I’ll keep on going. I’ll keep on chasing. At the same time, I’ll keep on paving my own path, which is my own authentic path. We, all three of us, have our own journeys.” 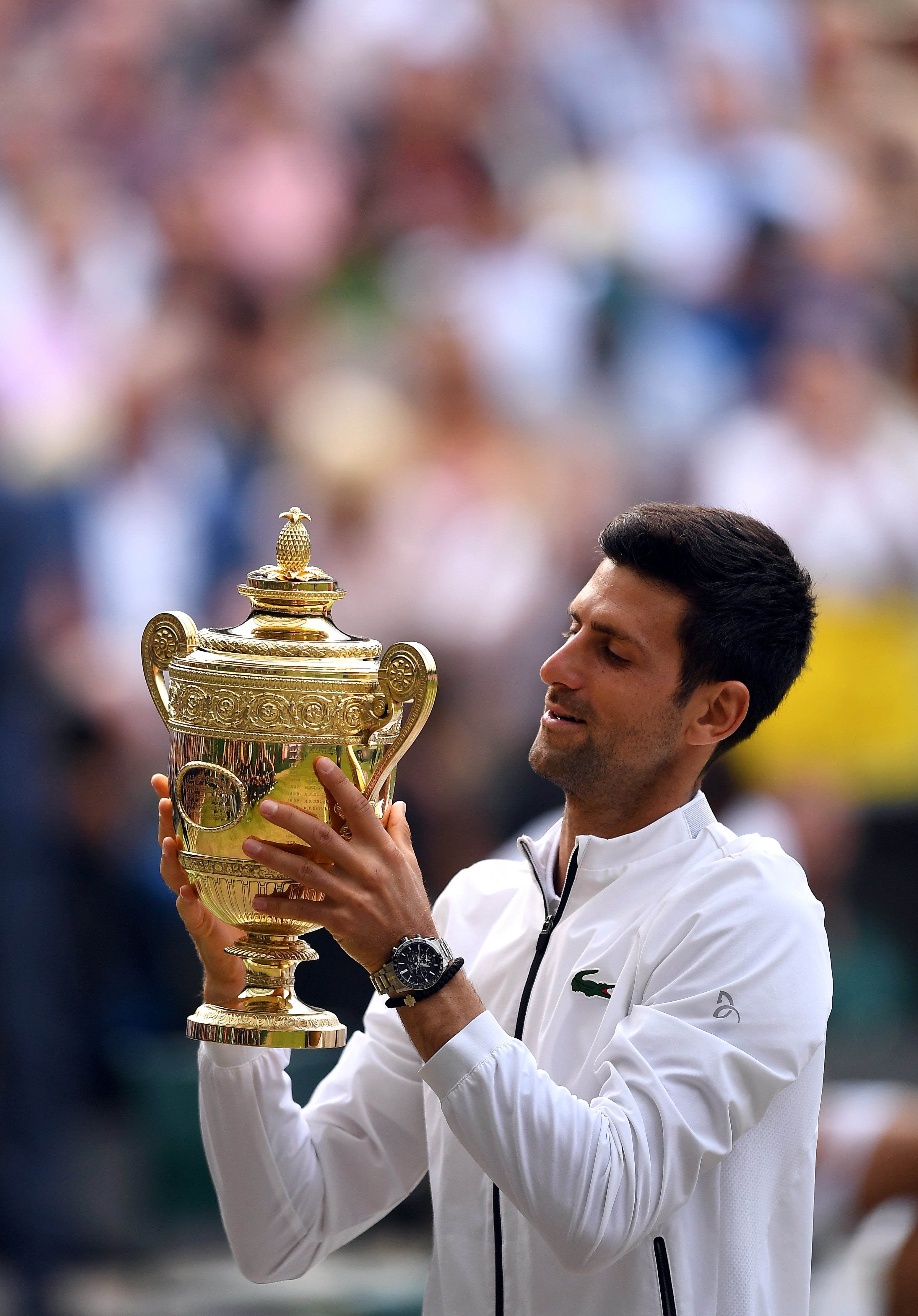 In 2016, Djokovic became the first man since Jim Courier in 1992 to win the first two slams of the year, opening up the possibility of a first calendar Grand Slam since Rod Laver in 1969.

Djokovic went into an unexpected tailspin five years ago having achieved his biggest goal and did not win another slam for two years but it would be a huge surprise if the same thing happened now.

The Serbian will go into Wimbledon, which begins on June 28 and where he is unbeaten since 2017, and the US Open as the favourite, while he could also achieve another of his major career targets by winning an Olympic gold medal in Tokyo.

Were he to achieve all three, he would become the first man, and only the second player after Steffi Graf in 1988, to win the so-called Golden Slam.

Djokovic’s long-time coach, Marian Vajda, believes it is a distinct possibility, saying with tongue in cheek: “We said with (fellow coach) Goran (Ivanisevic) that if he accomplishes the year (all) the grand slams that we’re going to quit.

“I think it’s possible, much more possible. He loves to play in Wimbledon and the US Open. I was worried a little bit more about clay court because for a long time, in the past 10 years let’s say, he had great results and he could have done much more at the French Open but he just couldn’t make it.

“As much as Novak is healthy – and he’s healthy right now, he’s in great shape – I think he has the ability to win the Grand Slam for this year. I’m pretty sure.”

It was a difficult defeat for Tsitsipas to swallow after leading by two sets but, in his first grand slam final, the Greek proved that he is very likely to be a slam winner in the near future.

He revealed in an Instagram post on Monday morning that his grandmother had died just before the final, saying: “It’s important to have more people like her in this world. Because people like her make you come alive. They make you dream.

“I would like to say that regardless of the day, circumstance or situation, this is entirely dedicated to her, and only her. Thank you for for raising my father. Without him this wouldn’t have been possible.”

Tsitsipas’ best result at Wimbledon was a run to the fourth round in 2018, and he is hopeful of performing strongly on the grass. 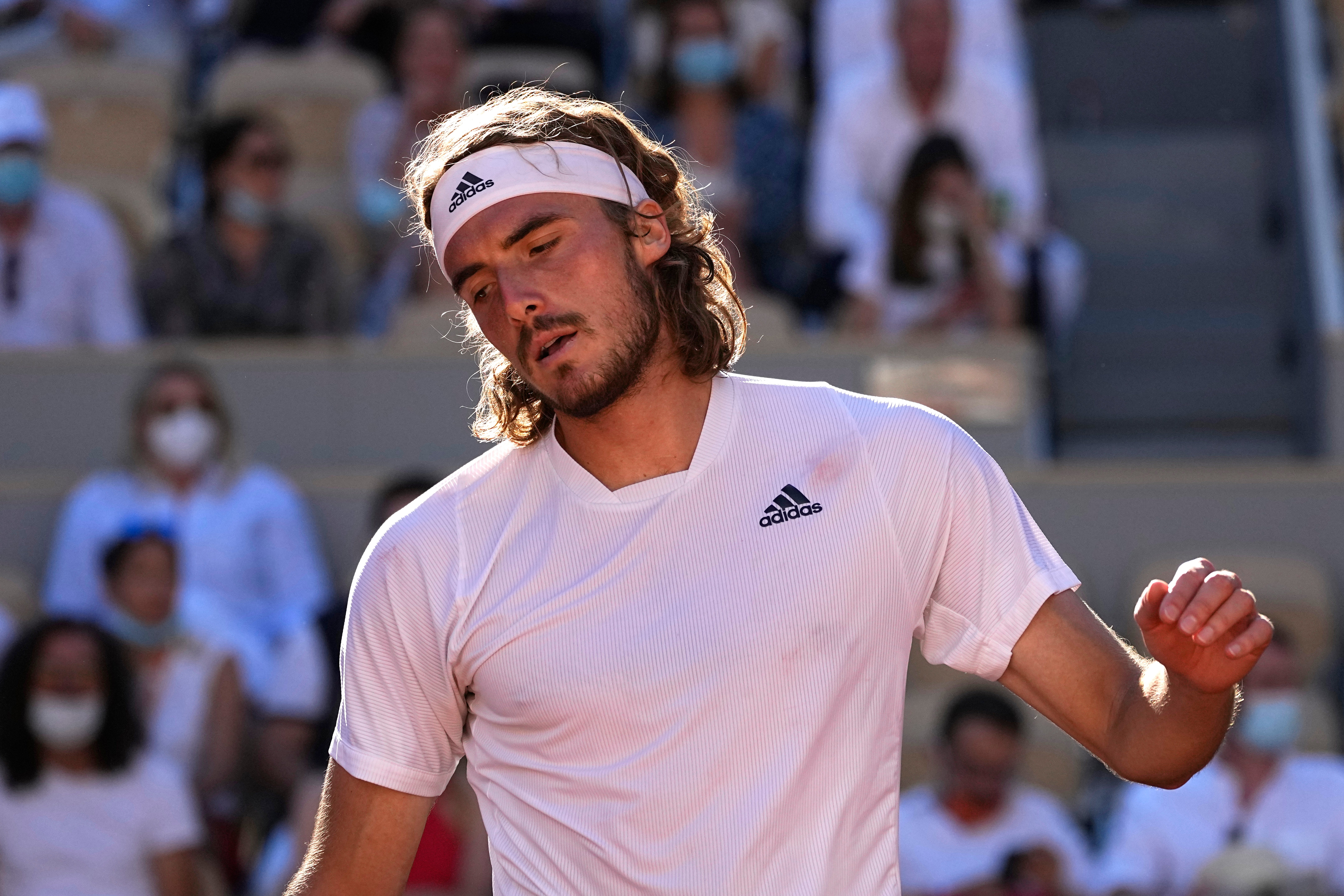 He said of his showing in Paris: “I’m happy with the way I performed, the way I tried things, even if they didn’t work. I don’t think I have regrets. I could have easily cried, but I see no reason for me crying because I tried everything. I couldn’t come up with anything better.

“I’m looking forward to the grass-court season. I see there is opportunities there for me. I like playing on grass. I didn’t have the best results a few years ago, before Covid, when I last played on grass.

“I think I have the game to play good on grass, too. I just need to be open-minded and adapt my game to this new, exciting surface.”