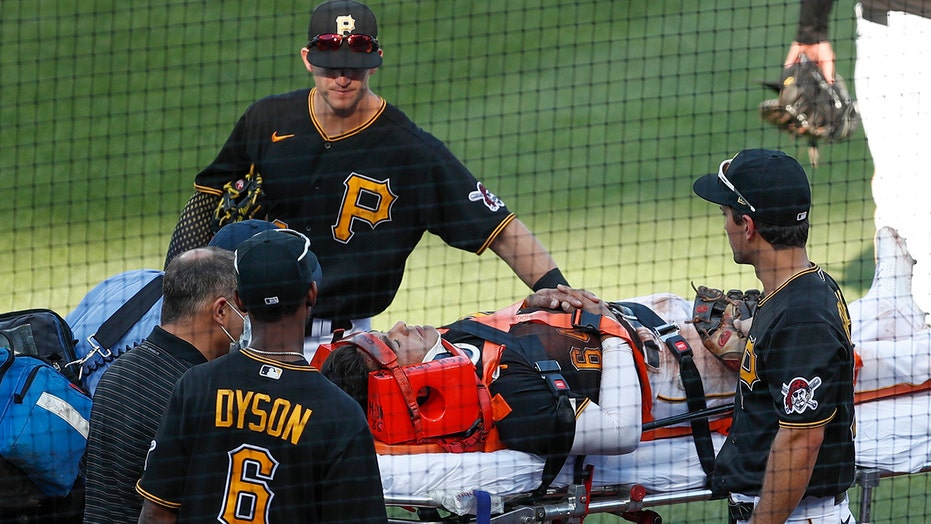 Pittsburgh Pirates first baseman Philip Evans was stretchered off the field Saturday during a game against the Detroit Tigers.

Evans was chasing down a fly ball into deep right field in the sixth inning of the game when he collided with Gregory Polanco and fell down face first on the dirt in foul territory.

“It's extremely scary. When you see the impact of that magnitude, that hard, both guys going full speed, right near the fence. It's a scary situation,” Pirates manager Derek Shelton said after the game, according to MLB.com. “I thought our medical guys did a good job, thought the paramedics did a nice job. You have to be overly cautious in that situation. Moments like that are scary.”

Evans was taken to the hospital and the team was awaiting further updates on his condition.

“That’s not something you ever want to be a part of or be out there for or see. It was definitely scary,” Pirates shortstop Kevin Newman said. “I’ve never seen a teammate lying on the ground that long, going through all those tests and all that stuff, getting taken out by the stretcher. Definitely a chilling moment. Hopefully, the news that we get back is bright.”

Evans signed with the Pirates in the offseason after spending time with the New York Mets and Chicago Cubs. Entering the game, he was hitting .359 with a .932 OPS and had a home run.