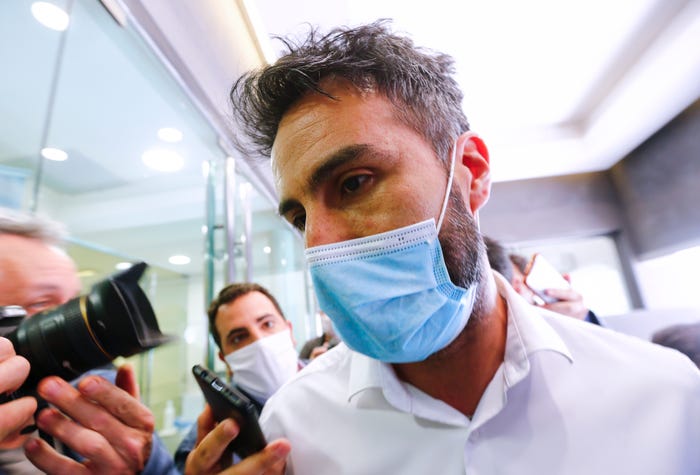 Diego Maradona's personal doctor is being investigated for involuntary manslaughter by police over the Argentine soccer icon's death, reports the BBC.

Police in Buenos Aires searched the house and private clinic of Leopoldo Luque on Sunday as part of an investigation into the treatment and drugs prescribed to the former Napoli and FC Barcelona player following brain surgery he underwent in early November.

Maradona died of a heart attack aged 60 on Wednesday while recovering at his home. Two of his daughters, Dalma and Giannina, are understood to have raised concerns about his treatment, prompting the investigation into Luque.

Luque has not been charged, and denies any wrongdoing.

"I feel terrible because my friend has died," he was quoted as saying by news outlet Clarin, adding: "I'm not one who is responsible for all this.

"I know what I did with Diego and I know how I did it. I can explain it all. I'm absolutely certain I did the best that could have been done for Diego."

Luque also said that he believed he was being made a "scapegoat" for Maradona's death.

Maradona had suffered numerous health problems over the past two decades, exacerbated by heavy drug and alcohol use.

On November 3, Luque, a neurosurgeon, successfully removed a blood clot from Maradona's brain after the 60-year-old had visited him to complain about a head injury.

According to The Times, a live-in nurse responsible for Maradona's after-care gave a testimonial that Luque argued with Maradona six days before his death.

The nurse also said she was "made to lie" by Luque about a morning check-up for the health report filed on day he died.