She may be one of the lesser known trainers in and around the greater Scone racing district, but UK-born Nikki Pollock is eyeing off a book-end result at Tuesday’s feature Taree meeting.

Pollock moved Down Under with her family more than four years ago, initially setting up camp in South Australia before moving to the Upper Hunter region in NSW early last year. 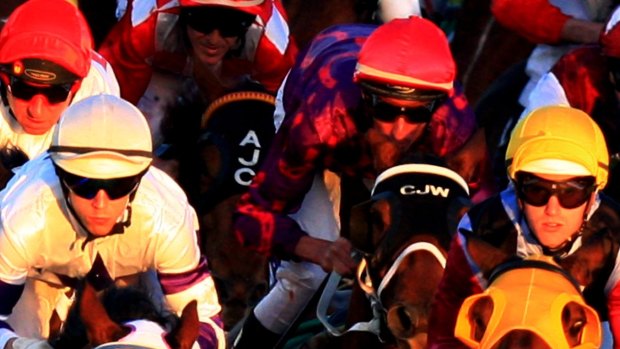 Racing heads to Taree on Tuesday for a seven-race card.Credit:Jenny Evans

And while she’s the first to admit it’s been a challenge, the money stalls are just starting to open a little more.

Pollock is based in historic and rural Murrurundi, just north of Scone and nearly 200km north-west of Newcastle, with a population of less than 1000.

It’s the perfect escape to prepare horses for long preps and arduous road trips, including a disappointing visit to Tamworth on Monday when her consistent seven-year-old mare Kadashi was out to make it two wins from her last three in a Benchmark 58 Hcp over a mile.

Freshened up from a gallant and unplaced effort in tougher Highway grade early last month, Kadashi dropped out badly from the 250m after leading.

Setbacks aside, Pollock has never been more eager for a consistent run of winners, with Dunlee’s staying victory at Scone a week ago her first success since Kadashi saluted at Tamworth back in early July.

Venturing up the freeway to Taree, Pollock saddles up improving five-year-old Mullamaart for only his third start in the Maiden Plate opener over 1614m, with top country jockey Aaron Bullock keeping the ride.

Then in the final race – Benchmark 58 Hcp over 1257m – the stable pins its faith in tough eight-year-old Dynastic third-up after hitting the line hard at Muswellbrook 12 days ago, and again with “Raging Bull” Bullock in the saddle.

A gelded son of multiple Group-winning sprinter Love Conquers All, Dynastic has always raced best early in his prep, and this assignment breaks a run of five consecutive starts at Muswellbrook in 2022.

News, results and expert analysis from the weekend of sport sent every Monday. Sign up for our Sport newsletter