UEFA Nations League FINAL, LIVE – Portugal vs Holland: Latest score and updates as Cristiano Ronaldo looks to lead his side to victory in Porto

Portugal and Holland face off in the inaugural Nations League final following their semi-final victories during midweek.

The hosts saw off Switzerland 3-1 on Wednesday courtesy of a Cristiano Ronaldo hat-trick as they look to add the tournament to their Euro 2016 success.

Holland are without a trophy since winning the European Championship in 1988 and will be confident of dispatching Portugal having seen off England 3-1 on Thursday.

Follow all the action from the Estadio do Dragao with kick-off from 7.45pm BST

21min: Yet to really catch light this final. It’s not quite ‘Champions League final’ bad but I would put it below even England vs Switzerland earlier – which at least had the comedy value of the Three Lions doing everything they could to avoid scoring a goal.

18min: It was England on Thursday, now it is Portugal making big errors to give Holland chances.

Steven Bergwijn picks up the ball to counter attack, but prepared to let fly from the edge of the box, Ruben Dias cuts across to make a vital challenge.

15min: Holland have not got going yet. Seen nothing from them in an attacking perspective. They have only just started to put more than three passes together. 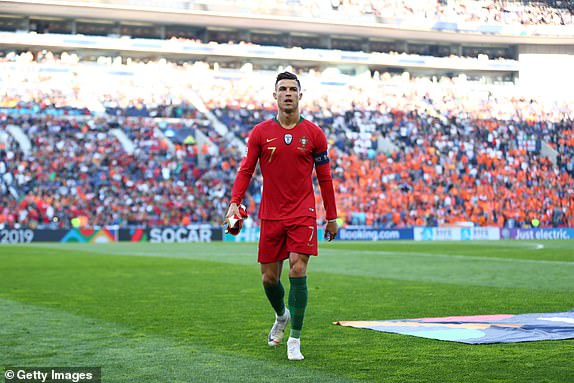 12min: Better start for Portugal. A Bruno Fernandes shot on goal from 20 yards just evades the head of William Carvalho, with Jasper Cillessen reading it well to gather.

Turns out I couldn’t see the top tier…

6min: Half a claim of a penalty there for Portugal. “Half a claim, Dan” you say?

Well Bernardo Silva goes down a little too easily under pressure form Virgil van Dijk while controlling a ball in the box, but with officials quite trigger happy in awarding penalties for any contact, the Liverpool defender clearly puts his arm across the forward in an attempt to stop him.

Sanity prevails though and play on is waved.

3min: Curiously, there are quite a few St George flags around the ground. England or not, their supporters were always going to this final it seems. 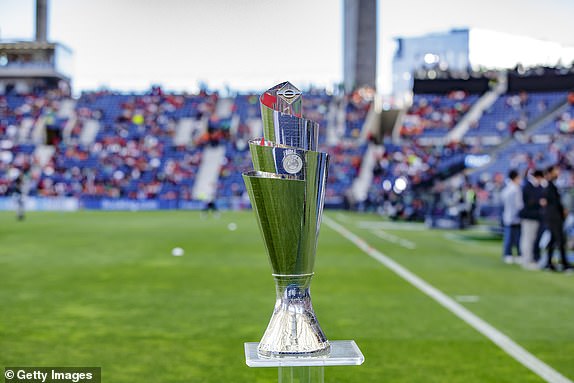 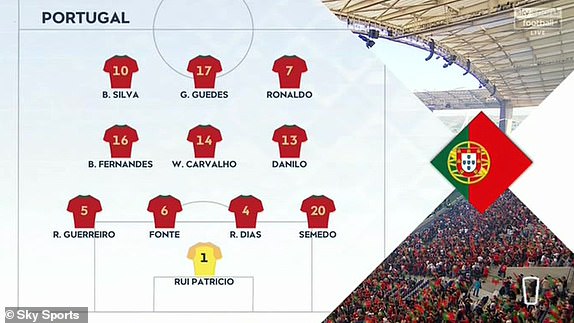 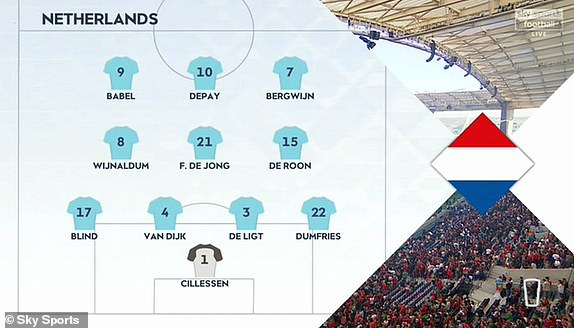 Flags, pyro, packed ground with a cracking atmosphere – it has the feeling of ‘this matters’. Can’t wait for this. Remember, this time last year they were watching a World Cup with frustration having not reached a major tournament again after also missing out on Euro 2016.

It was a crisis for Dutch football but Ronald Koeman has turned it round and just one year later it could end with a major trophy. Yes, it is a major. The least important one, but it’s up there. 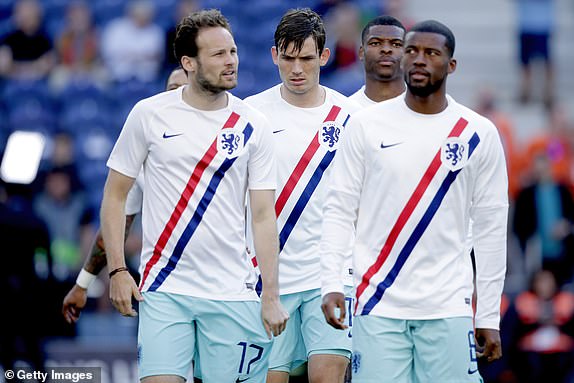 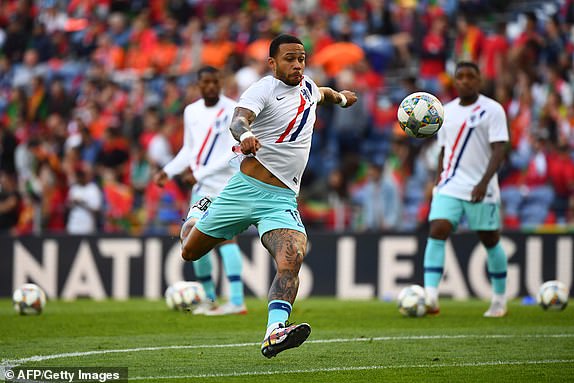 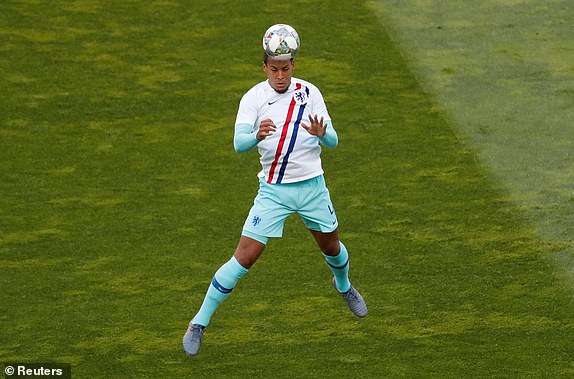 England have already taken third in the Nations League

It was not a game that will live long in the memory (third-place play-offs rarely do) but England bounced back well from the defeat by Holland to roll over Switzerland on penalties. 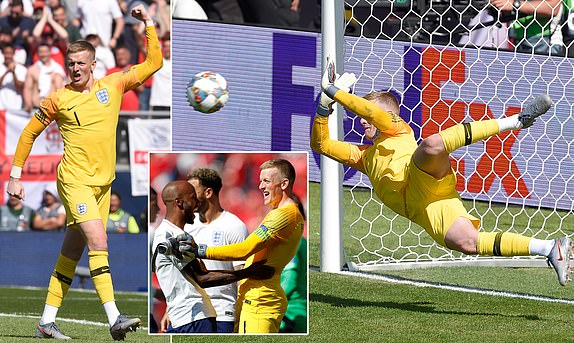 I can only assume that is who he is waving to as the players warm up. 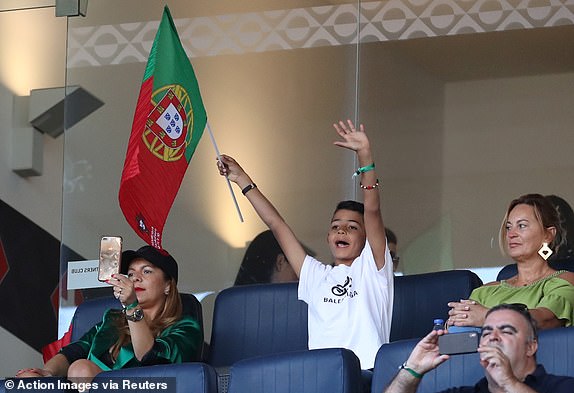 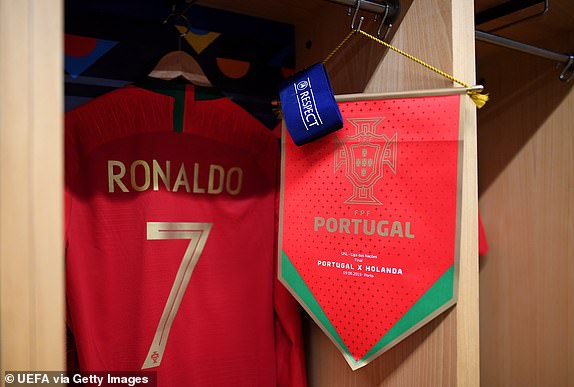 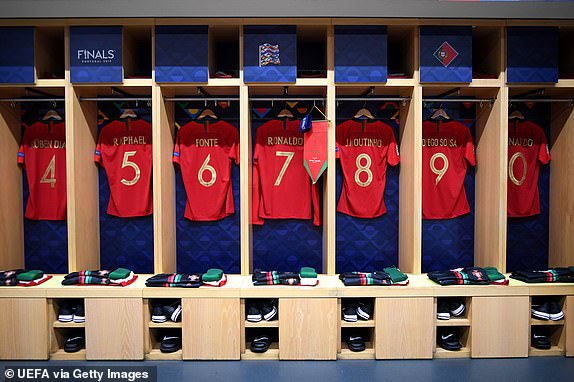 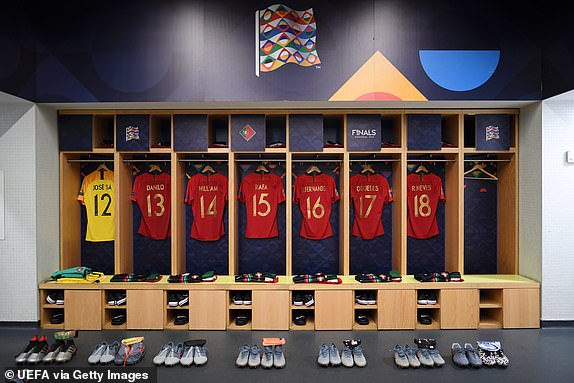 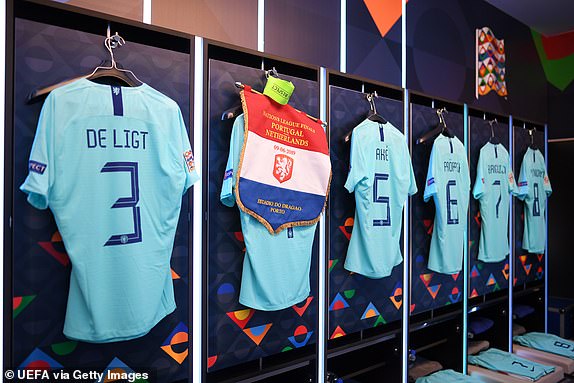 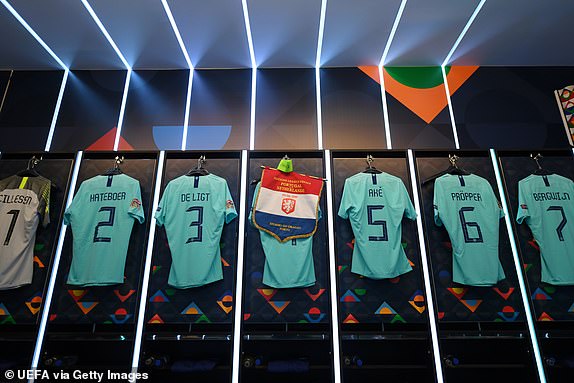 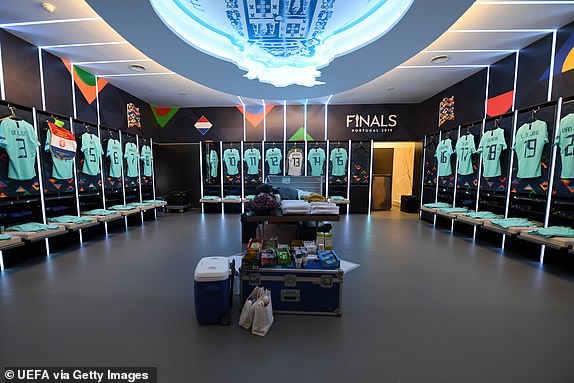 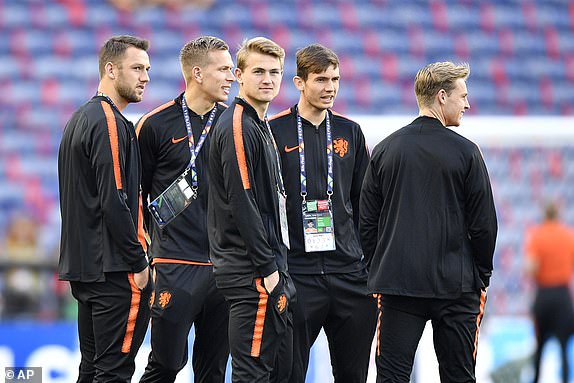 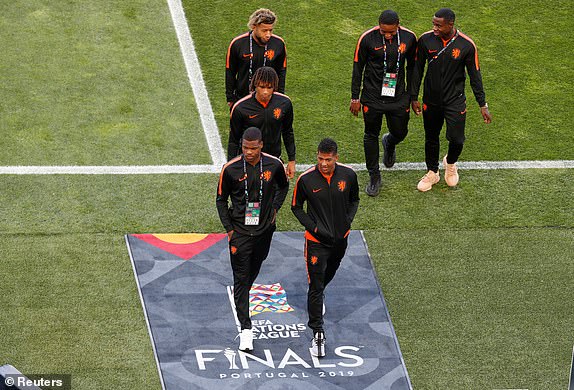 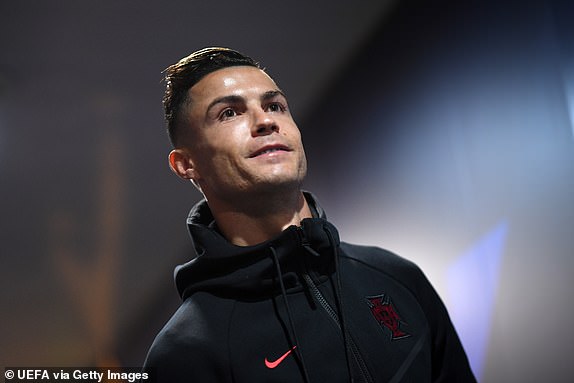 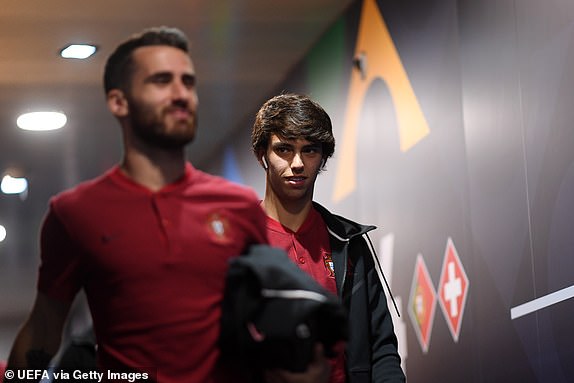 It’s the same side that defeated England after extra-time on Thursday, so no rest for the Dutch as they look to win their first major tournament for 31 years. 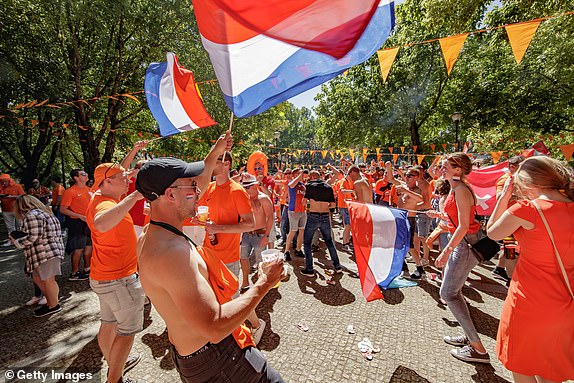 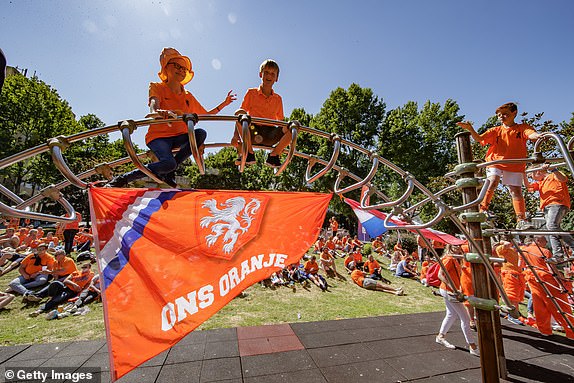 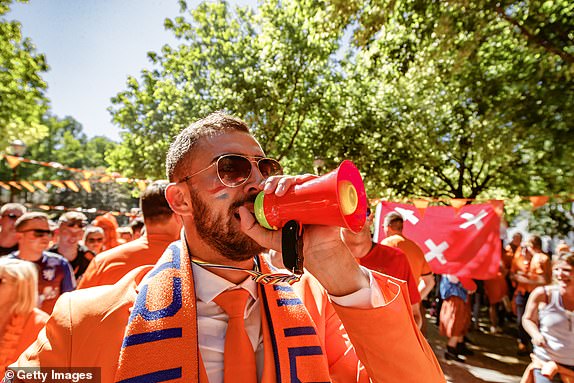 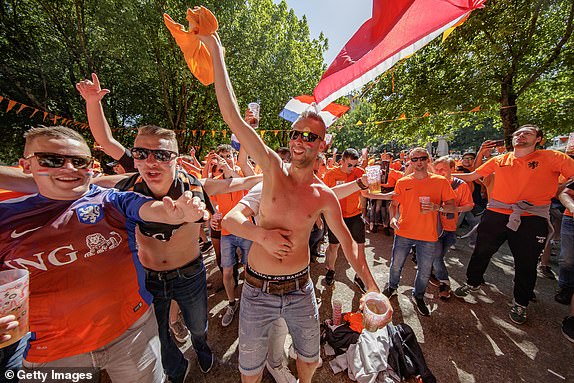 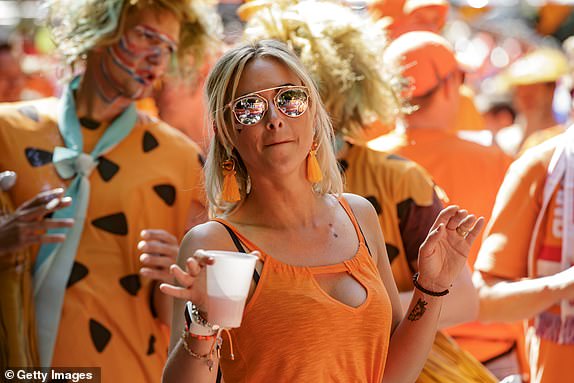 After striking late on to see off Switzerland, Portugal make two changes for the final as Ruben Neves, Pepe and Joao Felix make way for Jose Fonte, Danilo and Goncalo Guedes.

Felix made his debut in the semi-final but struggled to click alongside Cristiano Ronaldo and as a result Guedes is recalled to the side.

Overall this first edition of the Nations League has been a resounding success. Even if you are not a fan of its set-up or think it has a few teething issues – it’s been a lot better than playing a load of useless friendlies, no?

It all comes to an end this evening though, capping the end of the season too as Portugal and Holland face off in what should be a decent final.

Good evening all and welcome to all the action as it happens. 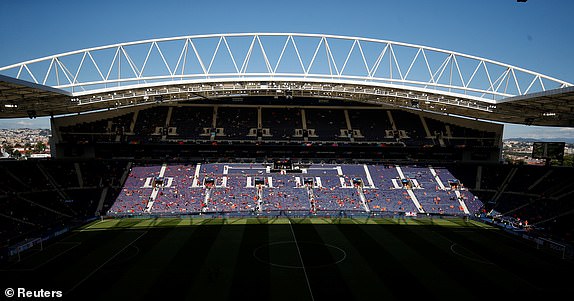