ASTON VILLA were this season's biggest over-achievers, according to a Premier League supercomputer.

But Wolves and relegated Sheffield United were the biggest disappointments of the campaign. 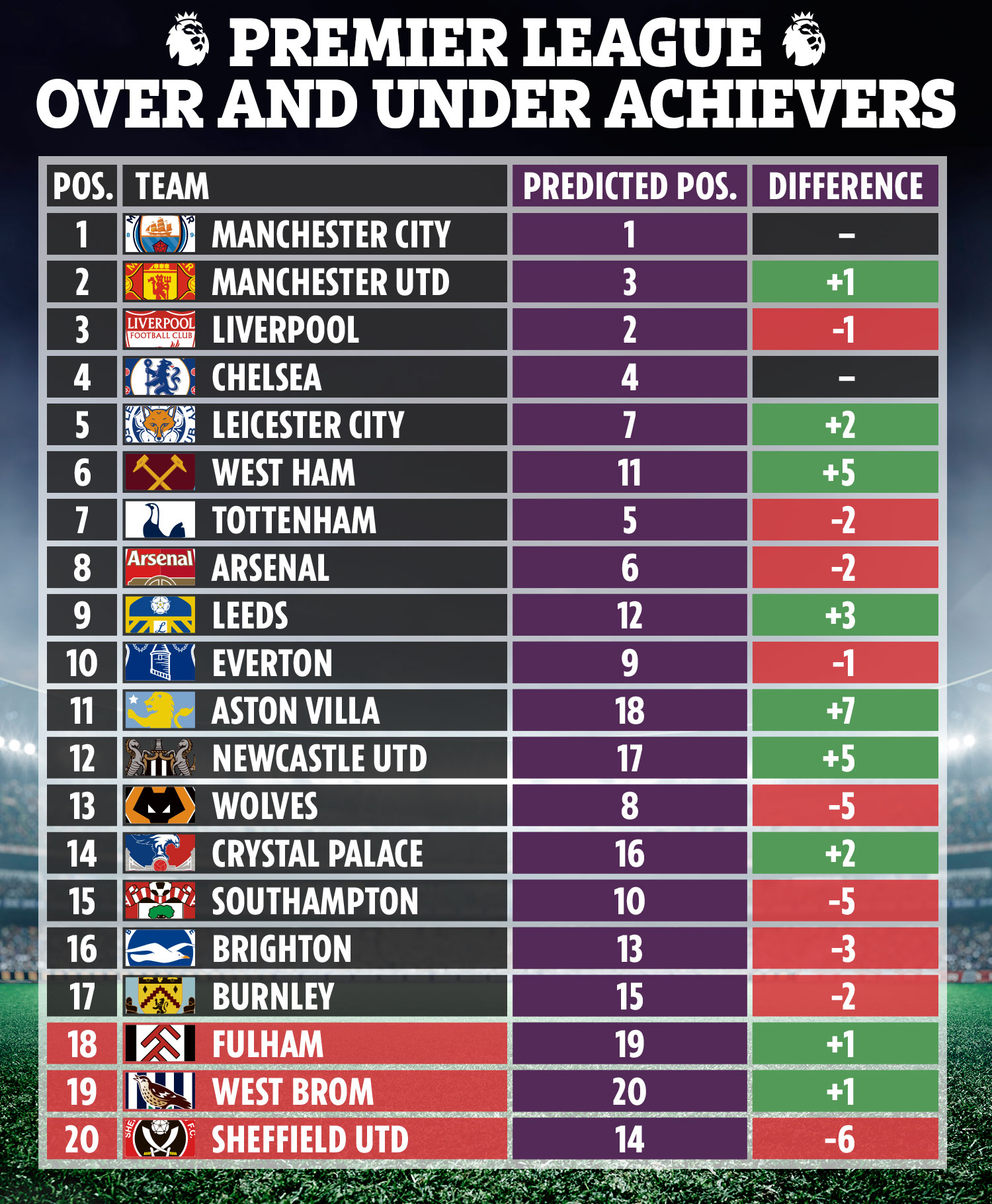 Dean Smith's side avoided relegation by the skin of their teeth on the last day of last season but have transformed themselves this campaign.

But the Blades were a revelation in 2019-20 before capitulating this season and dropping into the Championship.

After Villa, West Ham and Newcastle were the next biggest over-achievers.

Both sides finished five positions higher than Bettingexperts' supercomputer predicted they would at the start of the campaign.

The sixth place Hammers qualified for the Europa League in their best Prem finish since 1998.

But at the other end of the table it was a grim campaign for the Blades who finished bottom – six places lower than the 14th spot they were predicted.

Ninth placed Leeds were up three spots on 12th where they were predicted to finish.

And North London rivals Tottenham and Arsenal were also down two.

After a promising start to the season Southampton finished with a whimper and ended up 15th after being expected to finish tenth.

Brighton were also down on their pre-season expectation with the Seagulls finishing 16th after their final day defeat to Arsenal.