He has a brilliant record at Cheltenham and followed a Grade 3 win in January with success in the Stable Plate at the Festival. He jumped brilliantly there and that is a huge asset at Prestbury Park. This trip suits well and he won’t mind if the ground is really testing. 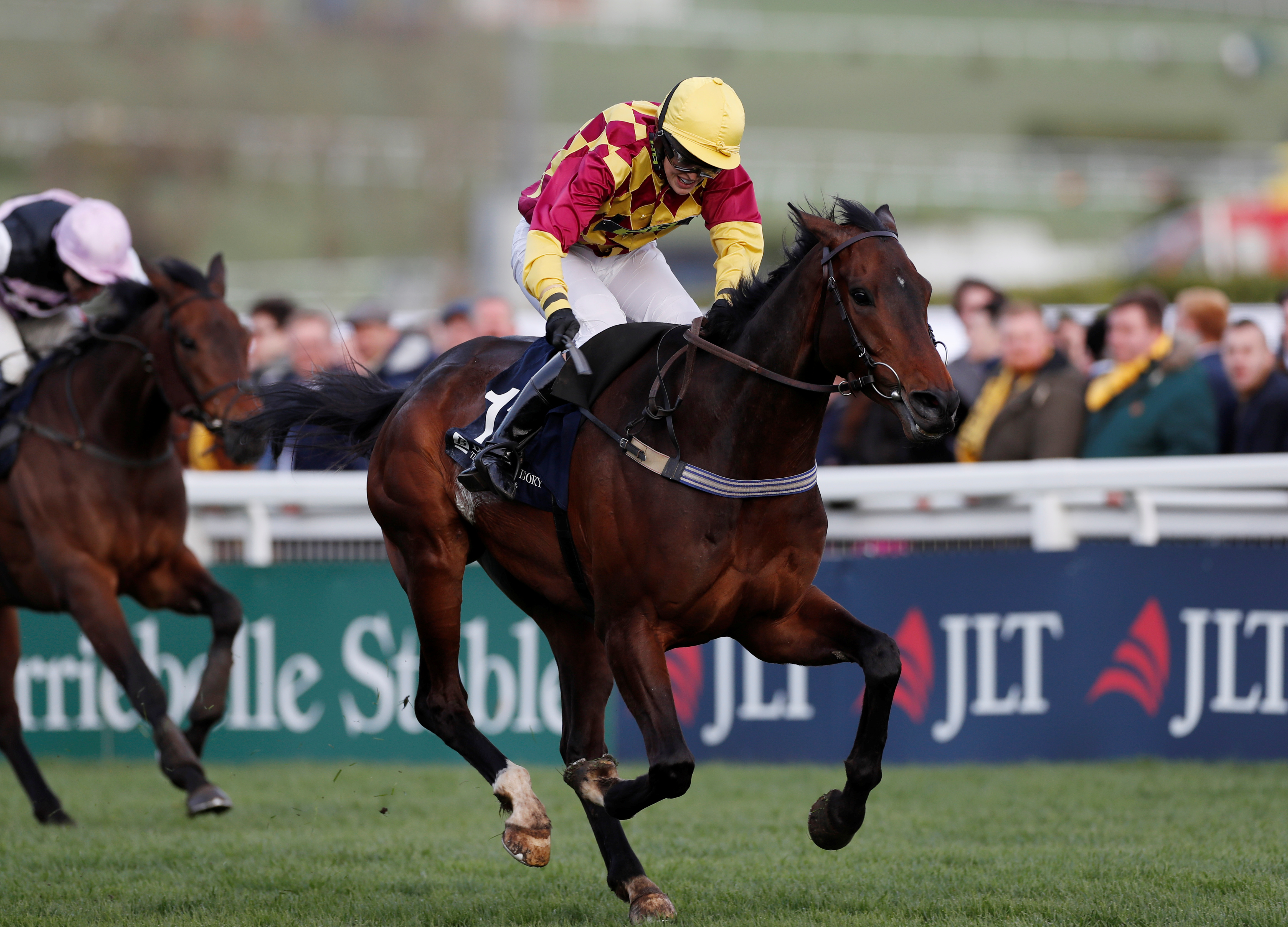 Count Meribel is progressing well and chased home Lostintranslation on comeback at Carlisle latest. That form looks pretty strong and he’s got winning form around here, which is a big plus.

Slate House has been popular with punters and with good reason. He travelled like a quality performer when winning a novice contest here on comeback last month. This is a tough race for his handicap debut but there’s a lot more to come.

Spiritofthegames was behind Siruh Du Lac in the Festival Plate but the Skeltons have been firing in the winners and it would be no surprise to see him improve.

DON’T forget Them. Has placed form at Grade 1 level including when second in the Arkle here in March. Shapes as though this trip will suit and has no issues with testing ground. Makes mistakes and that could prove costly here. Would be a real contender if crossing his fences better and he’s still learning.

YES Sir. Improved in leaps and bounds last season and ended up winning the Stable Plate here at the Festival. Has gone up another 9lb for that so needs to improve but that’s not out of the question. Loves this trip and track so looks a leading contender. 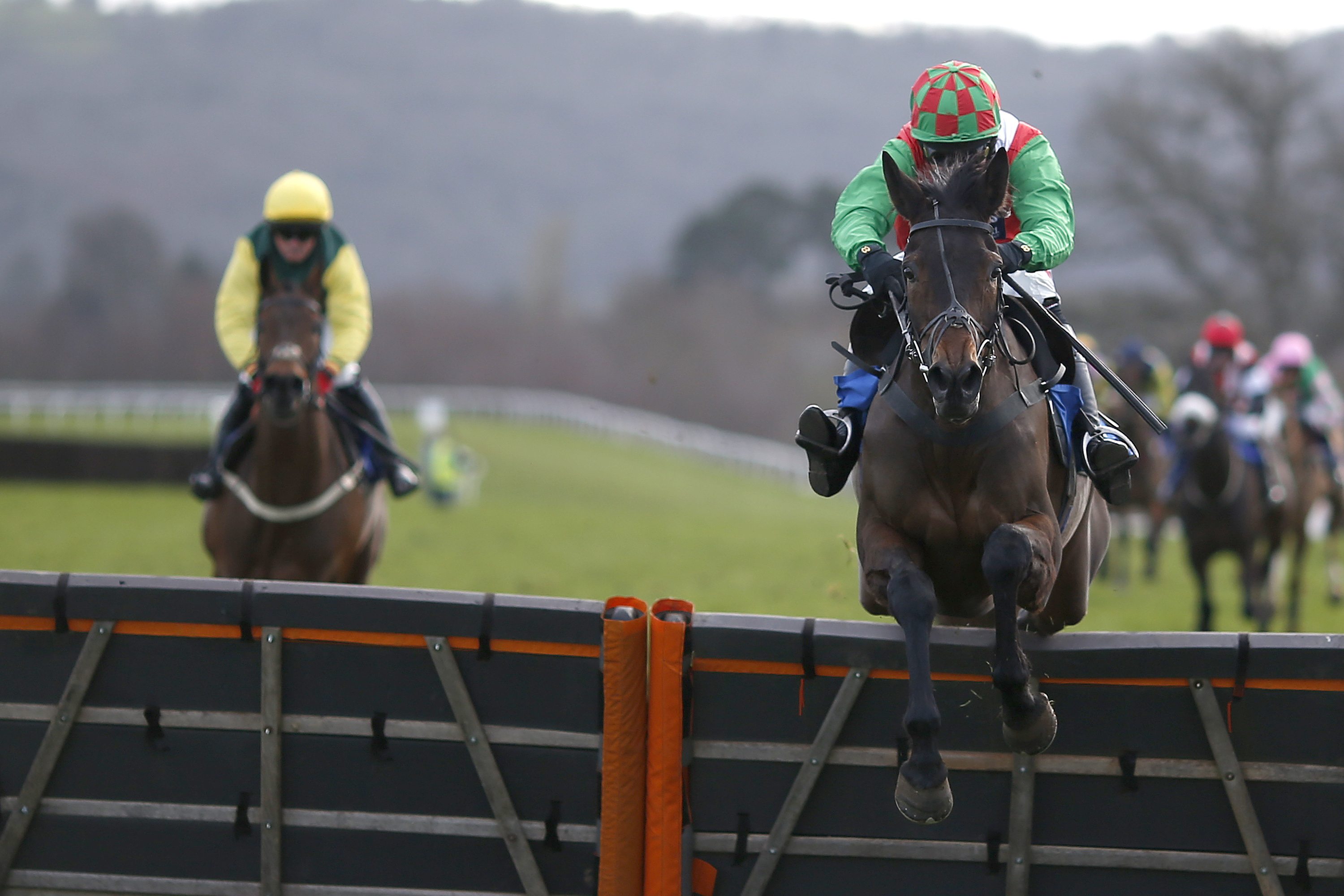 SPIRIT could haunt em. Chased home Siruh Du Lac in the Stable Plate and finished the season with a modest effort at Aintree. Sees out this trip well and has had a breathing operation over the summer so could come back brighter. Skelton yard is in top form and he should run well.

SAINT a sinner. Bits and pieces of form in small fields including when winning at Wincanton in February. Was then outclassed in the Grand Annual at the Festival before taking a tumble at the Scottish National meeting at Ayr. Only five but has plenty of improving to do.

SOLID Slate. Broke his duck over fences when winning in great style over course and distance last month. He travelled well there and gave his rivals no chance in the testing ground. Has a lot more on his plate here but is progressive and must be on the shortlist. 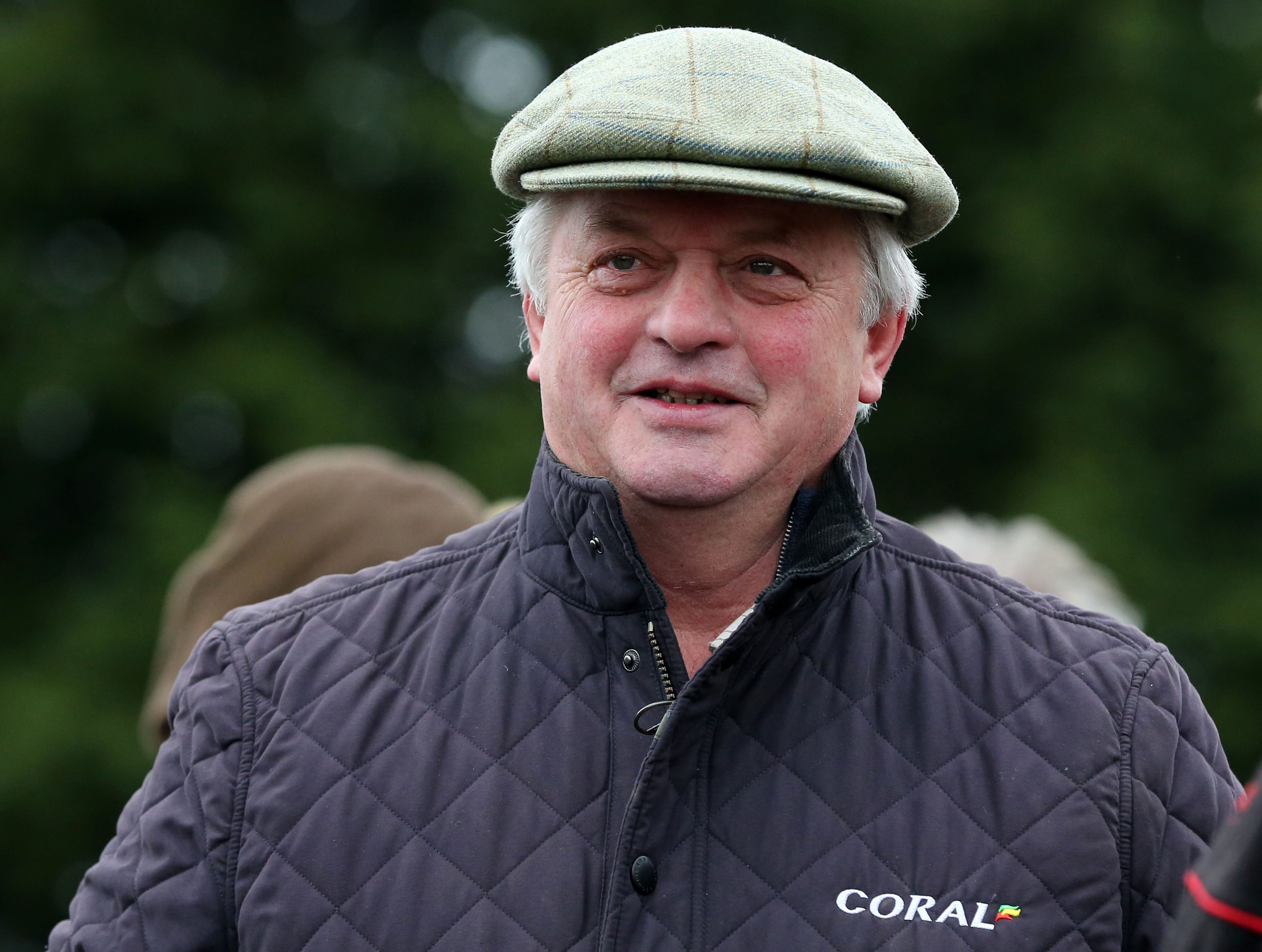 BEL needs to chime. Has had just two runs in a couple of years and made bad mistake when last seen at Warwick in February. Trainer Venetia Williams does well with horses like this and they usually like soft ground. Hard to assess but looked a promising stayer early in his career.

COUNT on him. Chased home potential superstar Lostintranslation on comeback at Carlisle last time. Won a novice chase at this meeting last season and wasn’t disgraced in the RSA at the Festival. Is fit from that comeback and likes soft ground. Place claims.

WIDE of the Merc. Hit and miss chaser who has landed a couple of small-field wins at Kempton and Plumpton. Looks high in the weights for what he has achieved and needs wind operation to bring lots of improvement.

ONE to consider. Has solid form in novice ranks and ran well a couple of times here with a second and third in decent company either side of a modest Festival effort. Blew away the cobwebs over hurdles last time so will be fit and soft ground suits. Needs a step forward to win in this class but could hit frame.

UNHAPPY Diva. Consistent in lesser company and finished a solid second in a handicap here at the April meeting. Came back with a fair second at Wetherby earlier this month but has a much stiffer challenge today.

SANG out of tune. Still 7lb higher then when winning at Cartmel in the summer and struggled to land a blow at Wetherby last time out. Likes this trip but doesn’t look up to this sort of class at the moment. 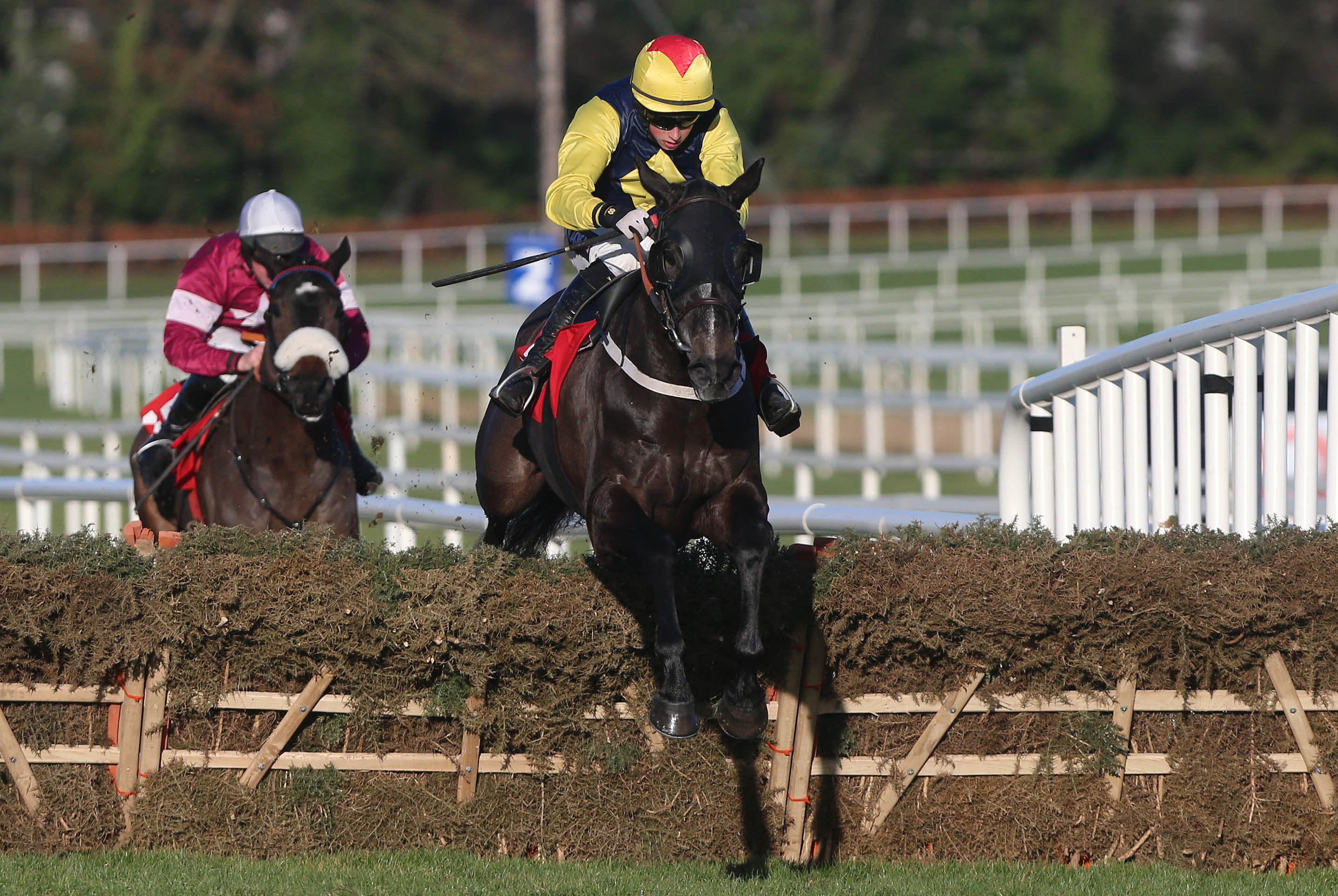 PETE looks neat. Beat Happy Diva and Demi Sang on comeback at Wetherby and landed a couple of good thirds here last season – including in this race from just 4lb lower in the weights. Handles soft ground well and could run into the places again.

DON’T Cnoic him. Was busy last season including when running an excellent fourth in the Stable Plate here at the Festival from 1lb lower than today. Then ran poorly at Aintree and Punchestown when may have had enough for the campaign. Pipe horses are going well and he deserves to take his chance.

D’AS a chance. Was well backed ahead of his comeback in a decent handicap here last month only to unseat Barry Geraghty before the race hotted up. Was a good third in the Grand Annual at the Festival and usually jumps well enough. Has gone in the mud before and one of the better outsiders.

SPRING could shock. Best effort last season came when fifth in the Close Brothers Chase at the Festival and is 4lb lower in the weights today. Ran poorly at Aintree and looked in need of the run on comeback at Ascot earlier this month. Obviously likes it here and has scope from this fair handicap mark.

DELL ain’t well. Has been hammered on all recent starts, not getting within 25 lengths off the winner since winning at Huntingdon in January. Is off the same mark as that success but hard to see him bouncing back in this company. 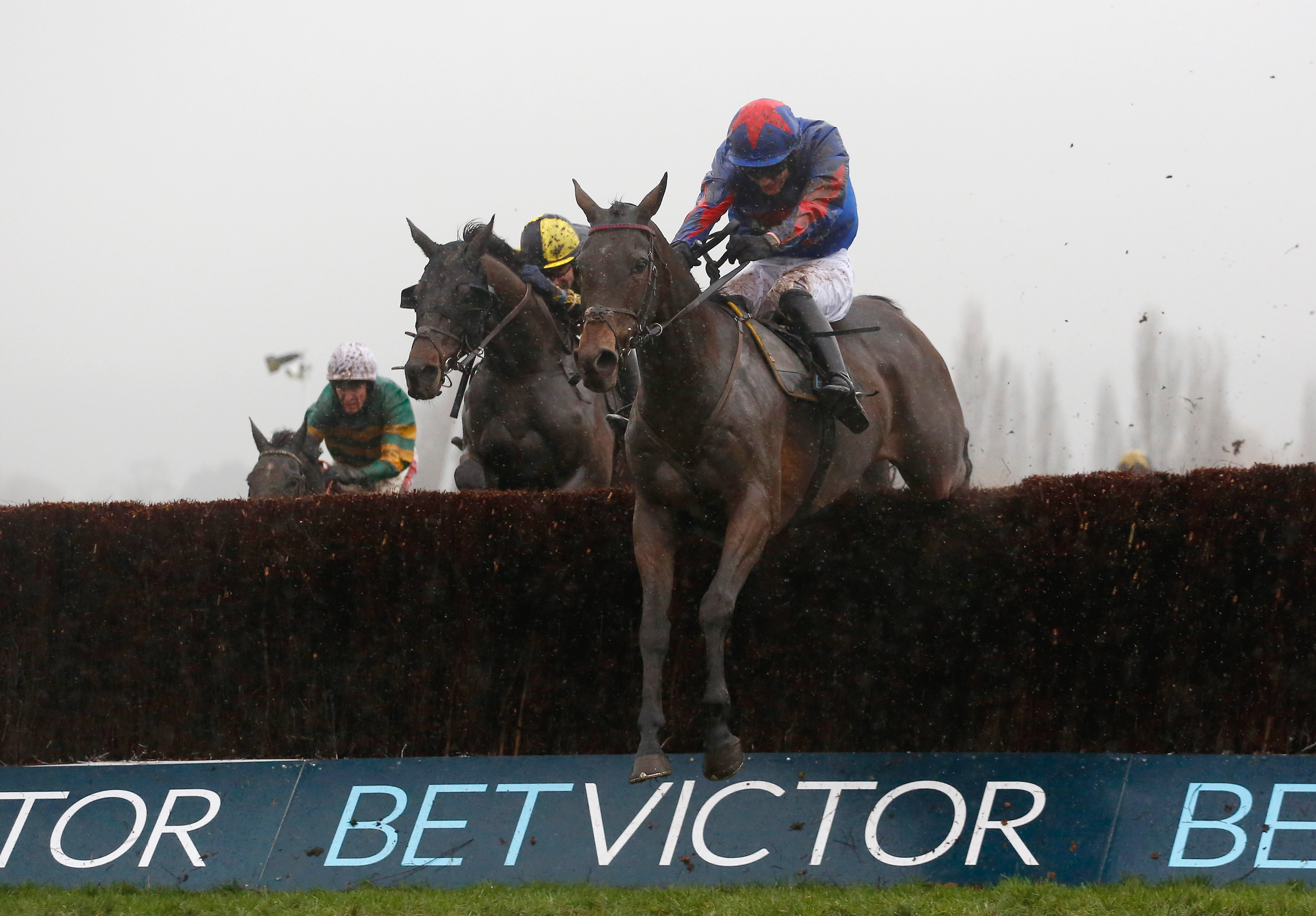 HOG roasted. Made too many mistakes when pulled up in the National Hunt Chase on his most recent start. That marathon trip was probably beyond him and his best run came when winning over this trip at Sandown. He’s had a breathing operation, which could help, but he looks out of his depth.

GINGE whinge. His last win came in this race two years ago but he saves his best for this track. That said he has been well out of form for 12 months now and came back from a break with another poor effort at Wetherby. He is 3lb out of the handicap and it would be a big surprise if he landed another unlikely victory.