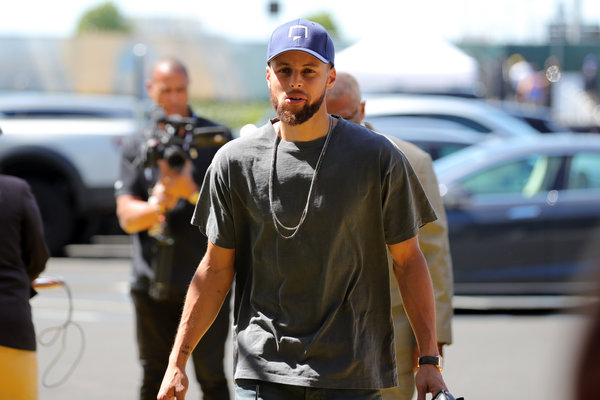 All things considered, the Raptors are pretty fortunate to be only down 8 at the end of one quarter. Leonard is incredible, scoring 14 of the Raptors’ 17 points. The Warriors are getting more balance, pretty much an inverse of Game 3. Looney is having a remarkable game: 6 points in six minutes when we all woke up this morning thinking his season was done.

Man, Kevon Looney. He’s giving Kerr some much needed flexibility. He doesn’t make many mistakes and has hit a couple of buckets while playing tough defense. Looney doesn’t try to do too much, which automatically makes him more useful than Cousins right now.

1st Quarter: Both teams get off to a rough start.

An absolutely brutal start for DeMarcus Cousins. Three turnovers in less than 3 minutes of play, which is fairly difficult to do, and a sloppy shooting foul. His lift still isn’t there, and his decision making is really hurting Golden State. I’ll be the first to admit that I’m no N.B.A. coach, but it is worth thinking about whether Steve Kerr should pull Cousins early. When he’s on, he can win you games by himself. When he’s not, he can lose them.

What to expect in Game 4

The Golden State Warriors dynasty is in danger.

Down two-games-to-one in a best-of-seven finals series against a resilient Toronto Raptors team, the Warriors are going into Game 4 at Oracle Arena still plagued with injuries. Kevin Durant remains hurt and will miss the game. Klay Thompson, who missed Game 3 because of a hamstring injury, will play tonight, but how much he’ll be able to give is a question mark. Kevon Looney, a dynamic role player who provided crucial frontcourt depth, is — somehow — going to play tonight, even though he was expected to be out for the rest of the series with an upper body injury. DeMarcus Cousins, who has returned from a quad injury, played poorly in the last game.

It has all come down to Steph Curry, who has carried a gargantuan weight this series, while the Raptors have received key contributions from role players like Danny Green and Fred VanVleet. Kawhi Leonard hasn’t had to do it all himself. The Raptors have health, home court advantage and a bona fide superstar in Leonard.

But the N.B.A. finals have a tendency to produce random heroes for teams. Will Jonas Jerebko, Jordan Bell and the ragtag Warriors bench be able to fill the holes left by injuries? Will Looney’s surprise return give Golden State new life?

Follow along with us live tonight as the Warriors attempt to tie the series.

Sopan Deb is a culture reporter, writing about the intersection of politics and culture, among other topics. He covered Donald J. Trump’s presidential campaign for CBS News, and his work has appeared on NBC, Al Jazeera America and elsewhere. @sopandeb