The New Orleans Saints have had a rough start to the season – being displaced from home ahead of Week 1 and now a COVID-19 outbreak that has sidelined several coaches – but Jameis Winston is looking on the bright side.

With several offensive coaches out, Winston has been working closely with head coach Sean Payton and he’s taking it all in. 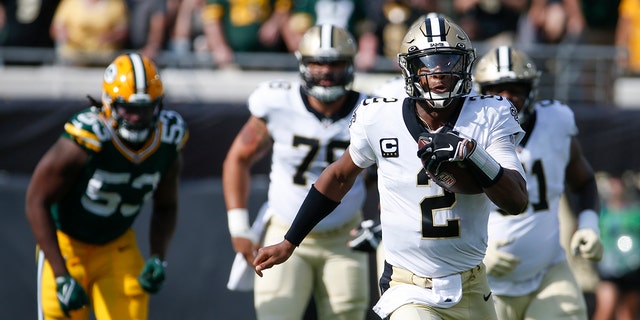 “I do care about the health of our coaches, and I want them to get them back. But if they just want to let him run the meetings, I would really enjoy it.”

On Tuesday multiple reports said six coaches and one player on the injured reserve list tested positive for COVID-19.

Payton later said those missing from in-person preparations included an offensive line coach, a receivers coach, a running backs coach and two tight ends coaches. Payton said all are vaccinated. A team nutritionist was also reported among the positive cases.

“When you’ve got the main guy, the guy who really runs the show, our primary leader running the show and voicing to you what he wants, how he wants it, why he wants it, that’s what you live football for.”

The Saints are in the NFL’s enhanced mitigation protocols but are still scheduled to play their Sunday game against the Panthers.