The 10-1 shot Sir Winston, ridden by Joel Rosario, captured the 151st running of the Belmont Stakes on Saturday at Belmont Park, adding another surprise to what has already been a topsy-turvy Triple Crown season.

His victory gave his trainer, Mark Casse, the distinction of winning two Triple Crown races with different horses in the same year. He also won the Preakness three weeks ago with War of Will, who was ninth on Saturday in the Belmont. 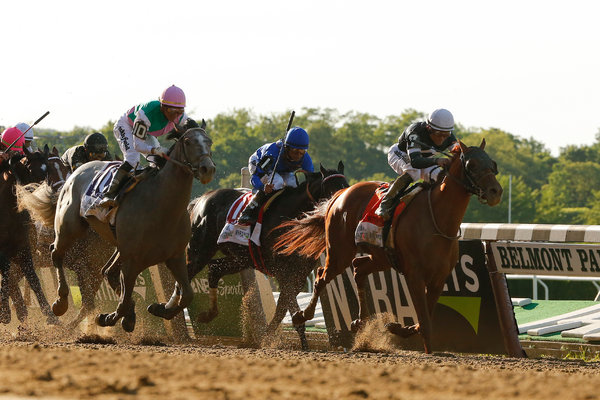 The victory by Sir Winston was the climax of a beautiful day at this grand old racetrack and ended a strange Triple Crown season, one that kicked off with the confusing and disputed disqualification of Maximum Security, who crossed the finish line first at the Kentucky Derby only to have his victory taken away.

In between, the owners of Maximum Security filed a federal lawsuit seeking to restore their colt’s Derby victory.

Then there are the dead horses at Santa Anita Park in California — 27 of them since Dec. 26 — which have prompted an investigation by the Los Angeles County district attorney’s office and calls from elected officials and animal rights activists for the track to be shut down.

Now, Sir Winston joins Maximum Security, who is recovering at Monmouth Park on the Jersey Shore; Country House, who is recovering from an infection; and War of Will as the top 3-year-olds in the nation. Some or all could face one another over the summer in either the Haskell Invitational at Monmouth Park or the Jim Dandy and the Travers Stakes at Saratoga Race Course.