SOUTH AFRICA boss Rassie Erasmus is under suspicion for running a fake Twitter account to put pressure on the Lions.

Rugby fans have accused Erasmus of using what is called a "burner account" – or a fake profile that he might be in control of. 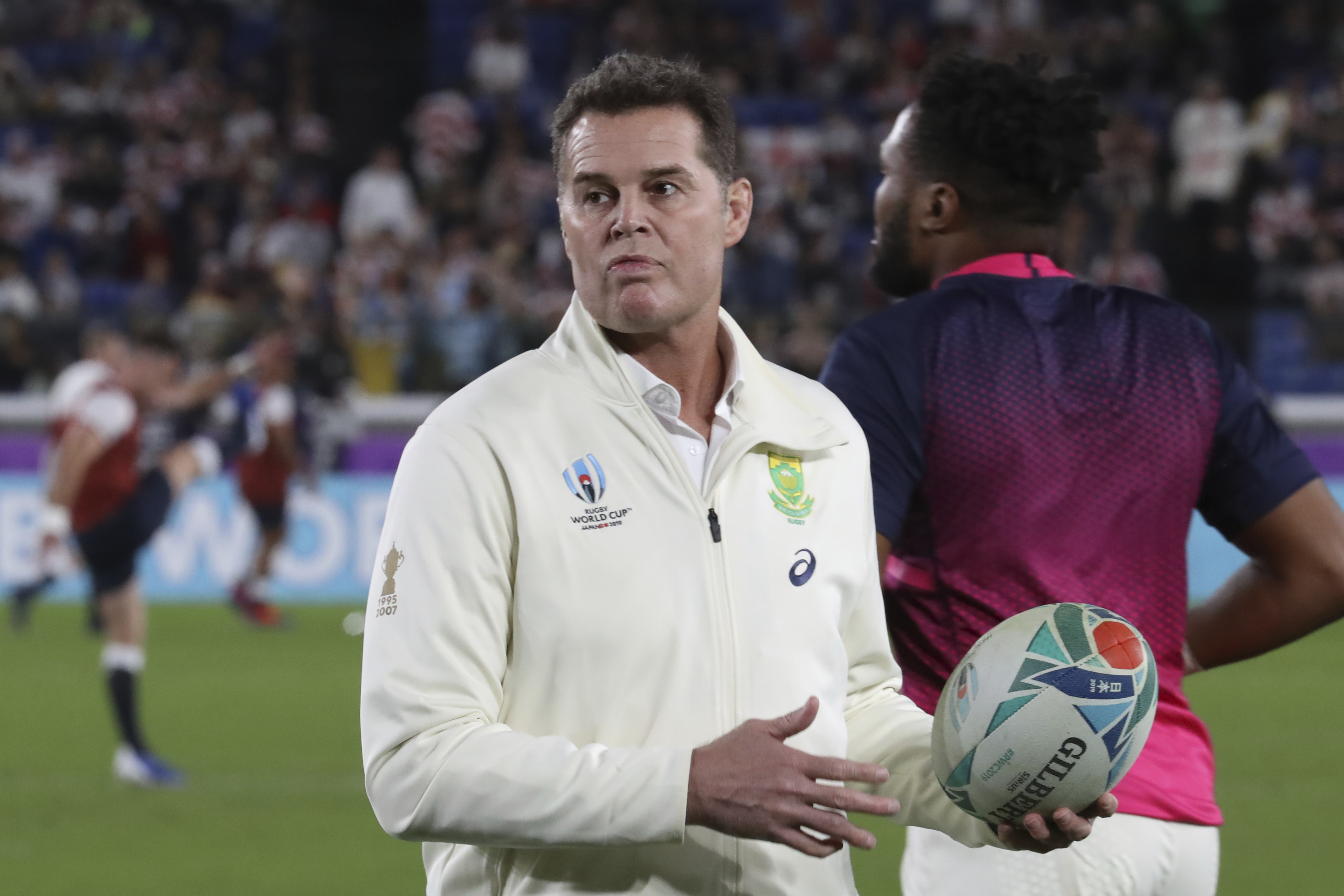 The bizarre incident was highlighted on Sunday night.

Suspicions were raised when Erasmus interacted with a video from someone on Twitter called Jaco Johan.

But fans were quick to raise doubt over the conversations with the random user whose handle is @thenosyone987.

And they started to accuse Erasmus of using the burner account to pump out anti-Lions propaganda after they lost the First Test.

Erasmus retweeted a video of calls that went against his side with the message: “Thanks. This is rugby – sometimes calls go for you and other times they don’t”.

YouTuber Squidge Rugby said: My favourite thing about this whole saga is how obvious it is that Jaco Johan is also Rassie.

"The account had 0 followers and had never tweeted when he first RT’d it, and exclusively posts really high-quality and well-edited footage of controversial incidents Erasmus might want to bring to public light.

"The sheer, beautiful s***housery of it just makes me love him more.

"It took me too long to notice this too, but the account name isn’t one word, it’s “The Nosy One” then a bunch of numbers.

"It’s an account he made to snoop back in his Munster days, repurposed.

"Jaco Johan. When Rassie went to Munster, the period where the account was started, he brought Jacques Nienaber with him.

"Jaques can be shortened to Jaco. Johan is Rassie's real name.

"The thing that tipped me off when he posted the Farrell video was that the footage isn't from the broadcast feed: No scoreboards, idents, and a different angle.

"The public don't have access to this. Even if it isn't Rassie, it can only be someone from the Boks camp or SuperSport."