MO SALAH'S rugby equivalent was playing in front of a handful of people outside of Middlesbrough when Eddie Jones became England boss.

But in two weeks' time the 'Egyptian Prince', Adam Radwan, could be hot-stepping his way across the Twickenham turf in front of 82,000. 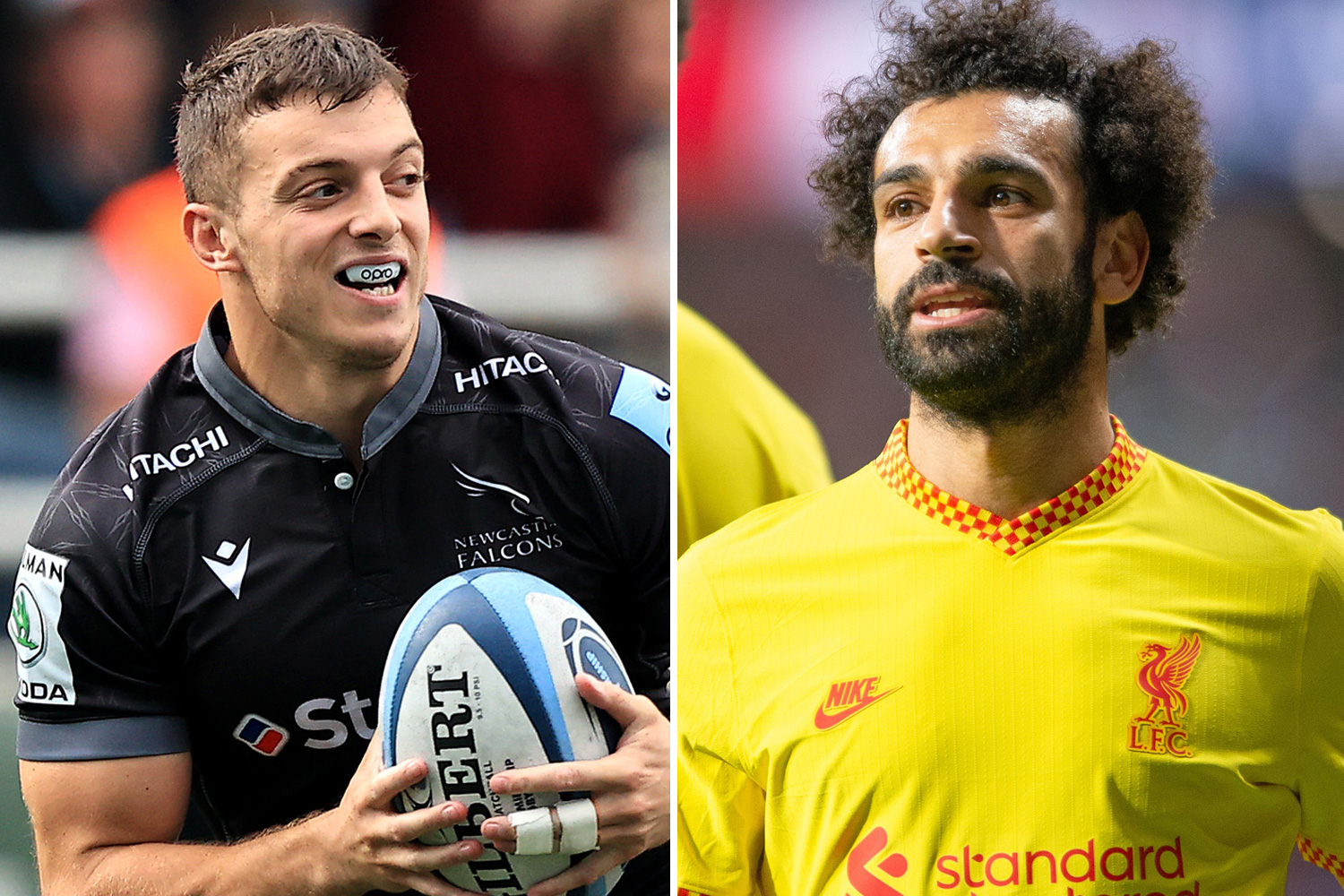 Like Liverpool's Ballon d'Or hopeful, Newcastle Falcons winger Radwan has been scoring for fun since he burst on to the Premiership scene last season.

The 23-year-old, whose tailor-turned-chef dad comes from Port Said on the Mediterranean coast, even bagged a hat-trick on his international debut against Canada this summer.

However, a full-blown England Test against Tonga, Australia and South Africa next month would be even bigger for his fans in both North Africa and the north east.

Radwan said: "Most of my family are in England and it's only my dad and his side who are Egyptian.

"They had probably never heard of rugby until I started playing it.

"I am proud to have the roots that I have got. But I am very English.

"I was born in England in a little village in Yorkshire and have lived here all my life  so I am an Englishman."

Radwan, one of four Falcons in Jones' latest squad, was dumped by Newcastle as a teen.

Boss Dean Richards then picked him up again when a canny scout tipped him off about a local lad scoring tries for fun at Billingham, just north of Middlesbrough.

And after a knee ligament injury ruled Anthony Watson out of the autumn internationals and Six Nations, everything is falling into place for the new Red Rose rocket.

"I knew I was good enough to be a professional rugby player, I just didn’t know if it would be for Newcastle or how long it would take to get back into their set-up.

"But I was pretty confident I was capable of still doing it.

"Releasing me was definitely the right decision. They stuck by their word.

"They said that if I went away and worked on certain things that I wouldn’t be far away and they would be back in touch.

"The path I’ve taken has helped me get where I am at the minute."

Not only has Radwan had to rise up through the ranks twice, but he's also had to rebuild his running style.

Despite being the quickest player in English rugby, he reckons he can get even faster as he no longer shuffles across the turf.

He added: "There’s definitely still improvements to be made. I still aim to get quicker.

"I didn’t use to lift my feet when I was running. I just kind of scuttled along the floor.

"Lifting my knees up a bit more and getting a bit more force through the floor was a big one.

"At first it was a little bit strange because you’ve got to change the way you’ve been running for a while.

"I looked at a clip recently and now I’m running totally differently. But I don’t really feel it now. It’s just the way I run now."