Fans who invested thousands of dollars in trips to the postponed Tokyo Games are eager for refunds. But getting all the money may not be easy, or fast. 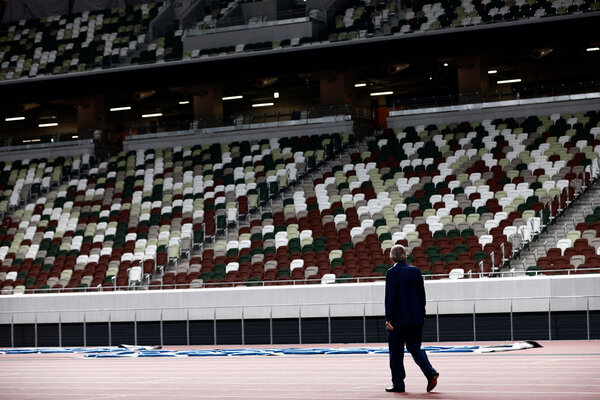 By Andrew Keh and Matthew Futterman

The announcement last week that international spectators would be barred from this summer’s Tokyo Olympics brought some closure to thousands of fans who had been wondering for months whether they would be traveling to Japan later this year.

Almost immediately, though, many of these newly jilted ticket holders began nursing a new headache: uncertainty about if they would get back the money they had prepaid for tickets and travel — more than $10,000, in some cases — and, if so, when exactly they would get it.

“At this point they’ve held our funds for two years already, and I’m concerned it’s going to take months more to get them back again,” said Monica Treece, an Olympic fan from Denver who started the process of buying her tickets for the Tokyo Games in the summer of 2019. “Everyone is still in the dark. We’re just waiting.”

Similar worries were expressed in Olympic circles long before Saturday, when Tokyo organizers announced the ban on foreign fans. The decision confirmed an outcome that many had expected as the pandemic plowed on around the world, but organizers offered no road map for fans eager to get their money back.

Fans in Britain were told by the official reseller there, Team GB Live, that they were entitled to a 100 percent refund if they bought travel options to go with their tickets. About 3,000 visitors from Britain were expected to travel to the Games, including 100 to 200 family members of athletes set to compete.