The Los Angeles Lakers and New Orleans Pelicans agreed to a massive trade that will send Anthony Davis to the Lakers to team up with LeBron James, according to multiple reports.

The Lakers are reportedly sending Lonzo Ball, Brandon Ingram, Josh Hart, the fourth pick in the draft, plus several, future first-round picks to the Pelicans.

Read more: Anthony Davis has been traded to the Lakers and LeBron James

Reports after the trade signaled that the Lakers intended to pursue another star free agent this July. However, a timing complication has emerged that may throw a wrench in the Lakers’ plans to build a Big 3.

The trade between the Pelicans and Lakers has not been completed yet. If the deal goes through on July 6, when the league’s moratorium on transactions lifts, it would leave the Lakers short of the cap space needed to sign a max free agent. 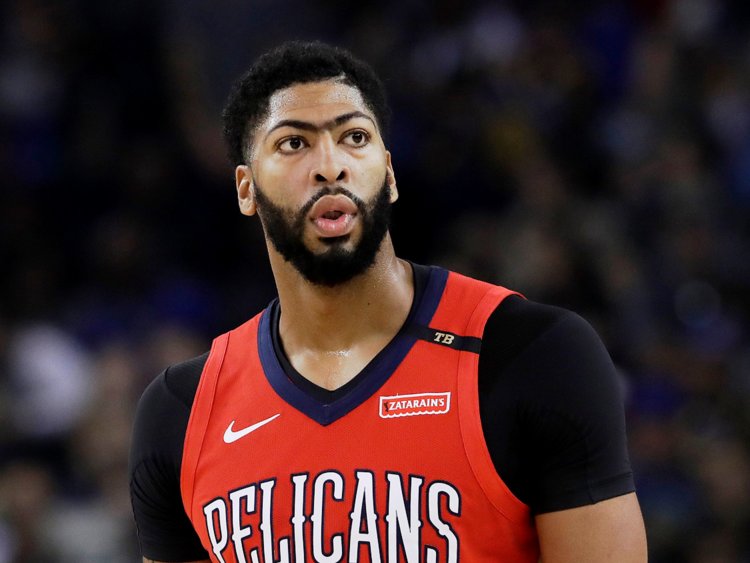 Anthony Davis.Jeff Chiu/APDavis has a $4 million “trade kicker” — essentially a bonus — to pick up when the deal goes through. Assuming Davis does not void the kicker, if the deal goes through on July 6, the Lakers will have $23.7 million in cap space this offseason, short of what’s needed to sign a free agent to a max contract,according to ESPN’s Adrian Wojnarowski.

For the Lakers to sign a max free agent, they would need to wait to complete the trade until July 30, due to salary and trade rules.

The Lakers could enter the offseason with $32.5 million in cap space if they delay the completion of the trade. That would allow them to sign a free agent — Kyrie Irving, for example — to a max contract.

Read more: The 2019 NBA free agent class is stacked and has the potential to alter the league — here are the best players available

The problem is, first-round picks cannot be traded until 30 days after they sign their contracts. If the fourth pick signed on July 1, he would not be trade-eligible until July 30.

If the Lakers can delay the trade until July 30, they can sign a max free agent, then absorb Davis to partner with James.

There is little incentive for the Pelicans to do this, however. According to Wojnarowski, the Pelicans currently intend to complete the deal on July 6.

According to The Los Angeles’ Times Tania Ganguli, the Pelicans intend to shop the fourth pick for a veteran player. By waiting until July 30, that becomes more difficult unless another team agrees to trade a player for whomever the Pelicans tell the Lakers to take with the fourth pick.

As Ganguli notes, whichever team gets the fourth pick will want to bring in their rookie as quickly as possible, including to play in the Las Vegas Summer League which takes place July 5-15. If the Davis trade is delayed until July 30, whichever team gets the fourth pick would not be able to play their rookie at Summer League (a minor inconvenience, but an inconvenience nonetheless).

As ESPN’s Zach Lowe wrote, the Lakers could attempt to persuade the Pelicans to wait until July 30 by sweetening the deal, perhaps by including second-year players Moritz Wagner and Isaac Bonga in the trade.

If the Lakers cannot find a way to open up max cap space, Lowe reported that the team is also exploring players to sign with their $23 million in cap space — perhaps two players in the $10 million salary range.

It could be beneficial for the Lakers to pursue this avenue over signing one max player. The Lakers are desperately short at every position. It might be a better use of cap space to sign several role players to surround Davis and James rather than one player.

There is a risk in that, also. As Lowe noted, James will turn 35 this year and is coming off the worst injury of his career. Davis, though just 26, has played over 70 games only twice in his career. If either or both of them were to get injured, it could leave the Lakers short-handed.

The Lakers may have no choice but to make the deal on July 6, then plot the best way forward. If they have dreams of building a Big 3, they’ll have to get creative and persuasive.