HARRY KANE was strongly linked with a move to Manchester City in the summer, but their approaches were rebuffed by Tottenham.

An initial bid of £120million is understood to have been rejected, as Spurs chairman Daniel Levy wanted to hold out for £150m. 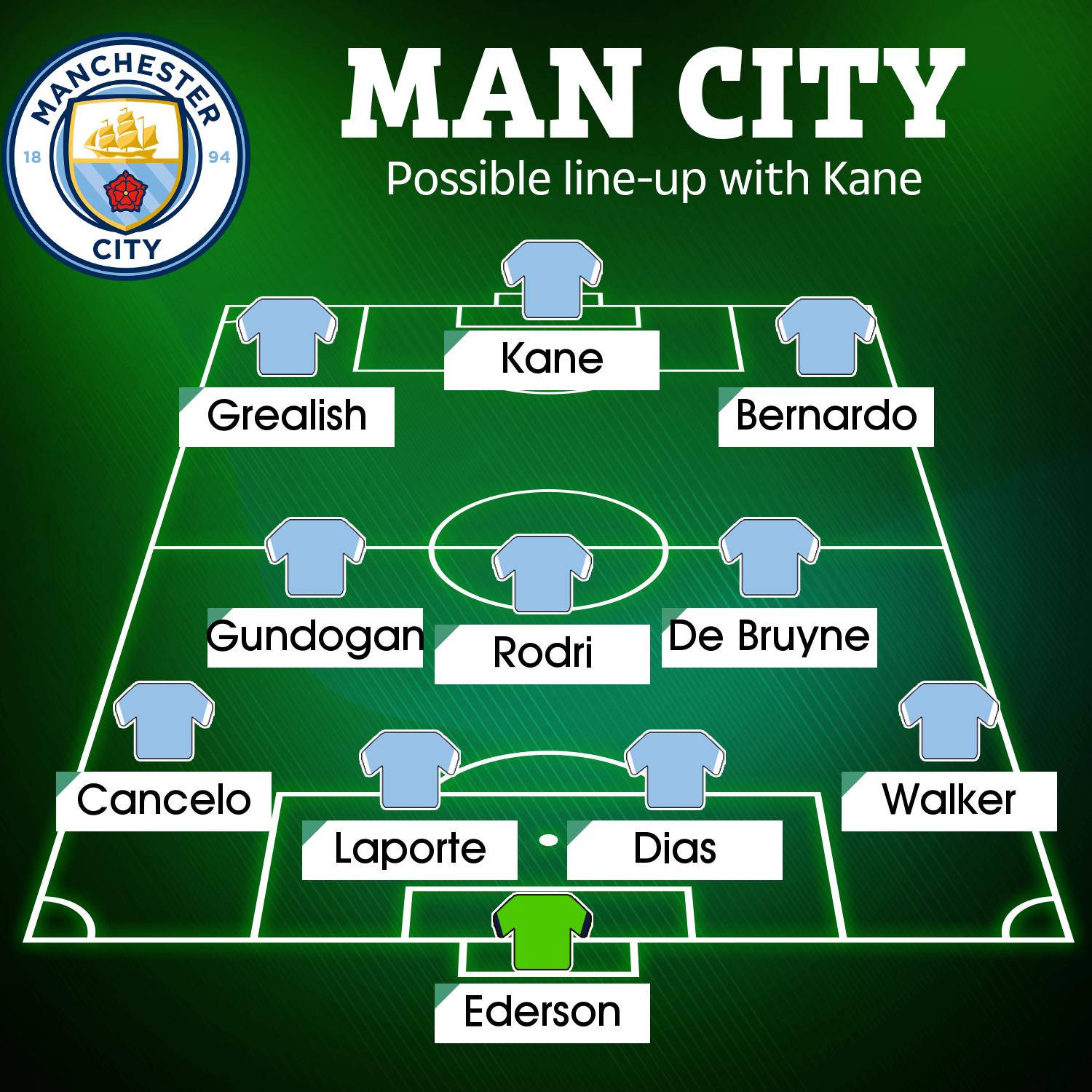 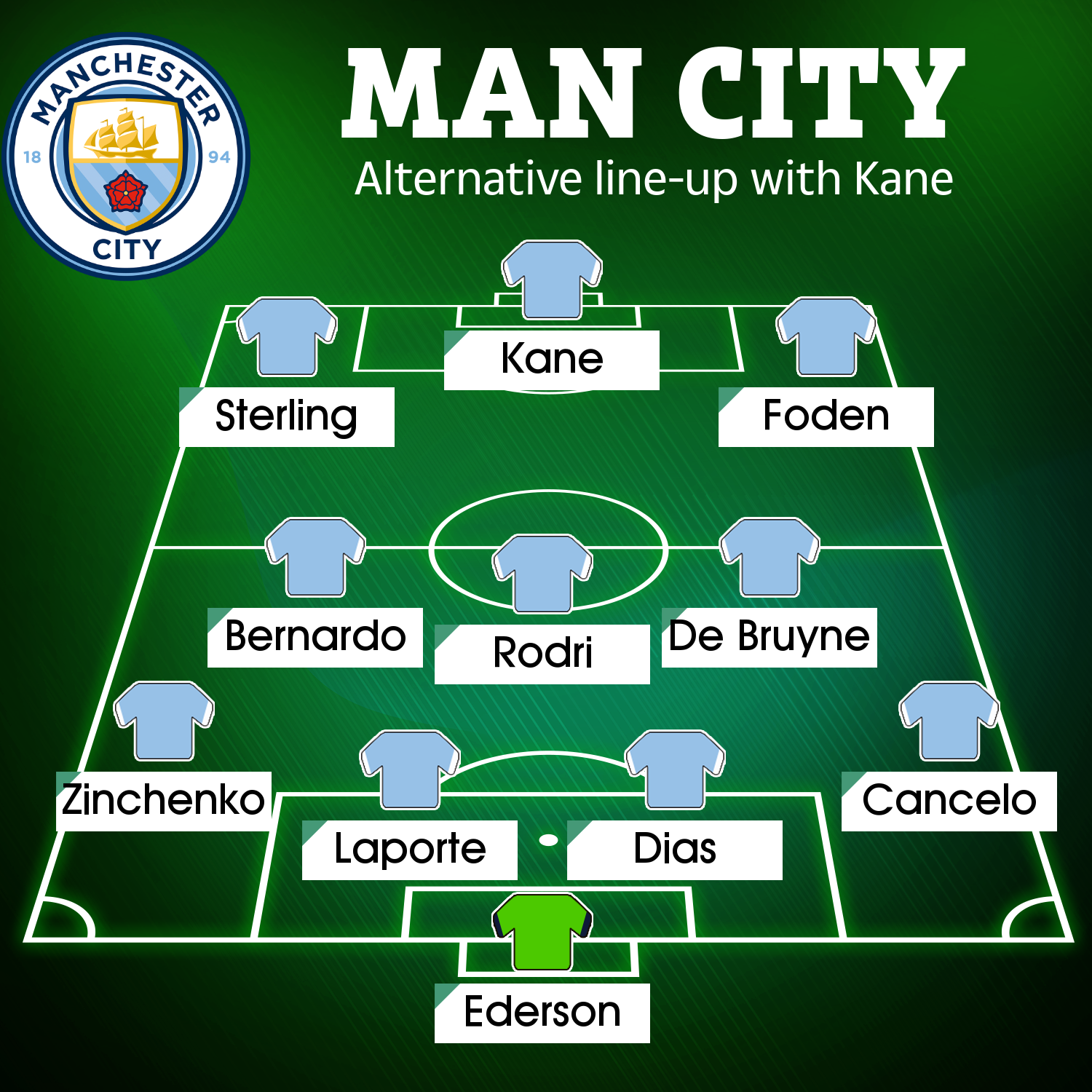 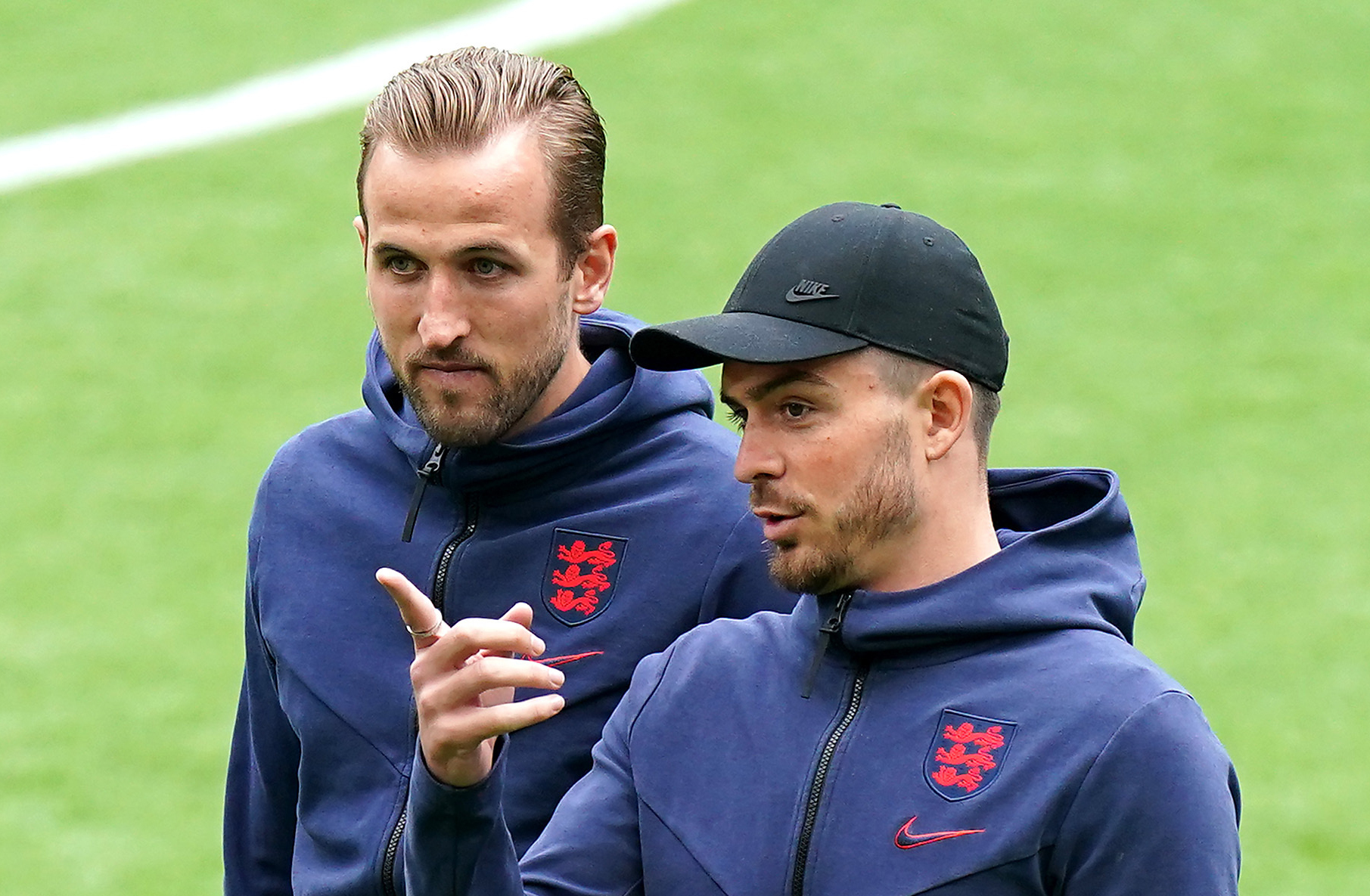 In the end a move failed to materialise, but it might not be the end of the Kane to City saga.

Reports this morning suggested City were still 'interested' in a move for Kane.

And with an extra £55m in the bank following the sale of Ferran Torres to Barcelona, the Cityzens could revive their interest with an improved bid.

Pep Guardiola is missing an out-and-out striker to lead the line, and could look to Kane to fill his void at the top of the pitch.

Here SunSport take a look at how a star-studded Manchester City could line up if they brought Kane to the club.

City's defence is fairly well set, with Aymeric Laporte and Ruben Dias the first choice centre-backs in front of Ederson.

Then at full-back Kyle Walker, Joao Cancelo and Oleksandr Zinchenko are in a three way rotation for the two spots.

It's when it comes to midfield and attack that shoe-horning in all of City's talents gets tricky for Guardiola.

Kane could potentially lead the line with Jack Grealish to his left, and Bernardo Silva to his right.

And if that isn't enough to frighten defences across the Premier League and beyond, behind them would be Kevin De Bruyne, Ilkay Gundogan and the ever-reliable Rodri.

But Guardiola is spoilt for choice, as that starting side would mean leaving out England duo Raheem Sterling and Phil Foden. 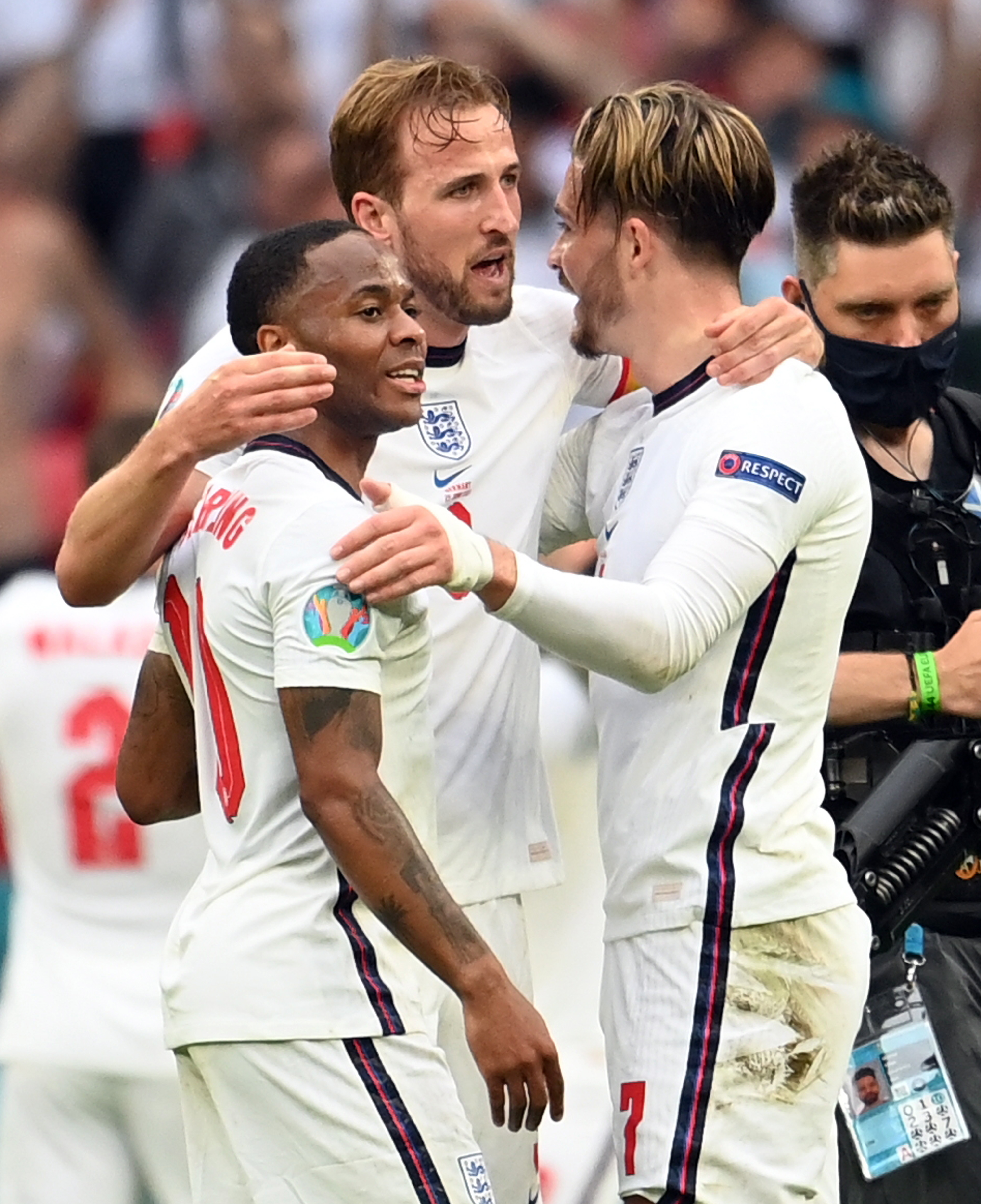 If he chose to include Sterling and Foden, City's front three could be all Three Lions representatives, with Kane spearheading the attack.

That would see Grealish drop to the bench and Bernardo pushed back into midfield.

Or alternatively Guardiola could decide to play both Grealish and Foden in the same team, as he has done at times this season.

But Grealish has been employed as a false-nine, which would no longer be necessary should Kane arrive.

Were that the case, Kane would play through the middle, Foden on the left and Grealish further back in midfield.

And just for the sake of changing things up Guardiola could decide to operate Riyad Mahrez down the right hand side. 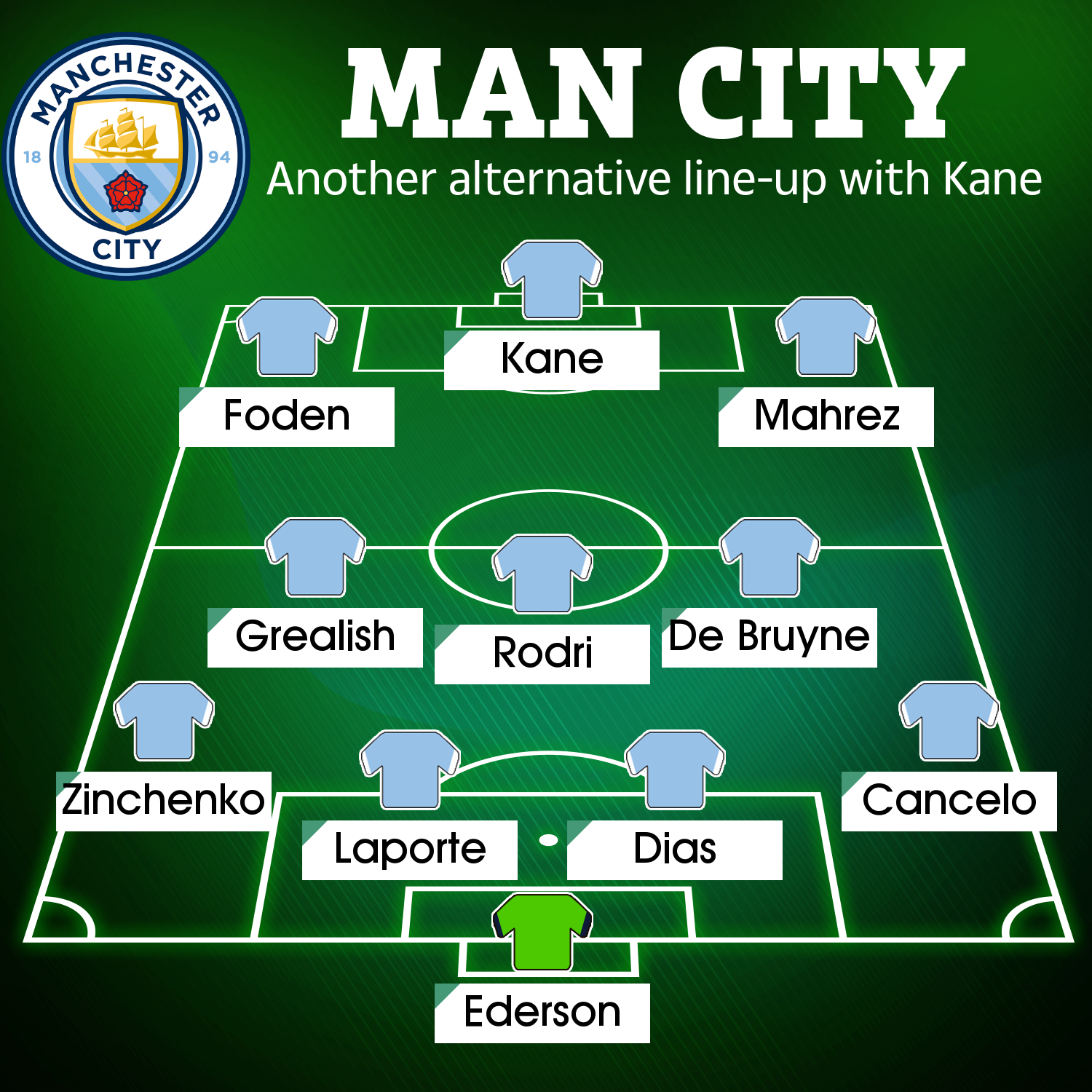