TIGER WOODS and Peyton Manning fought off a brilliant comeback from Phil Mickelson and Tom Brady to win more than £16million for charity.

The all-star fourball teed off after a 45-minute rain delay for a four-hour barrel of laughs to raise funds for coronavirus relief at Woods' home course in Florida. 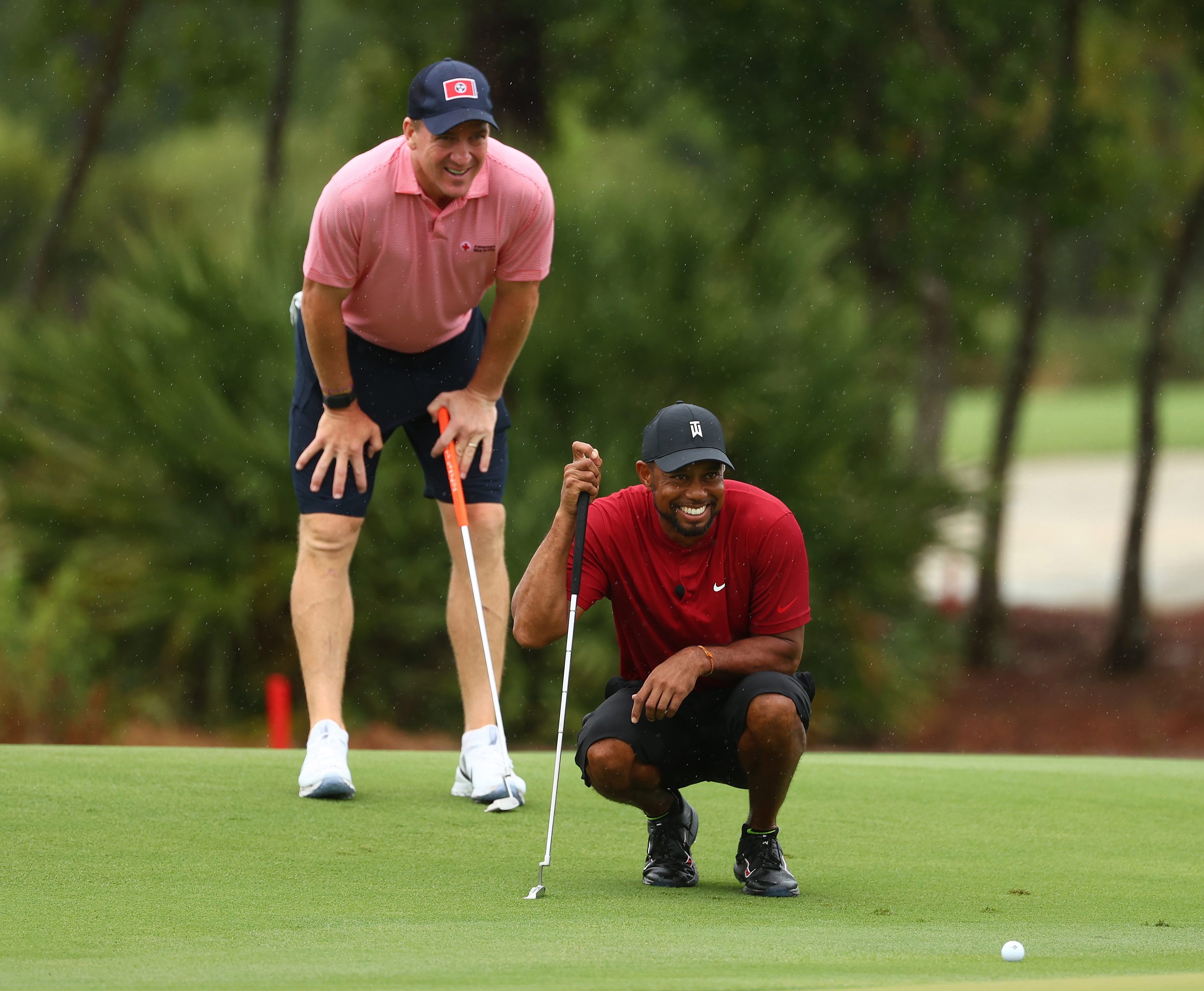 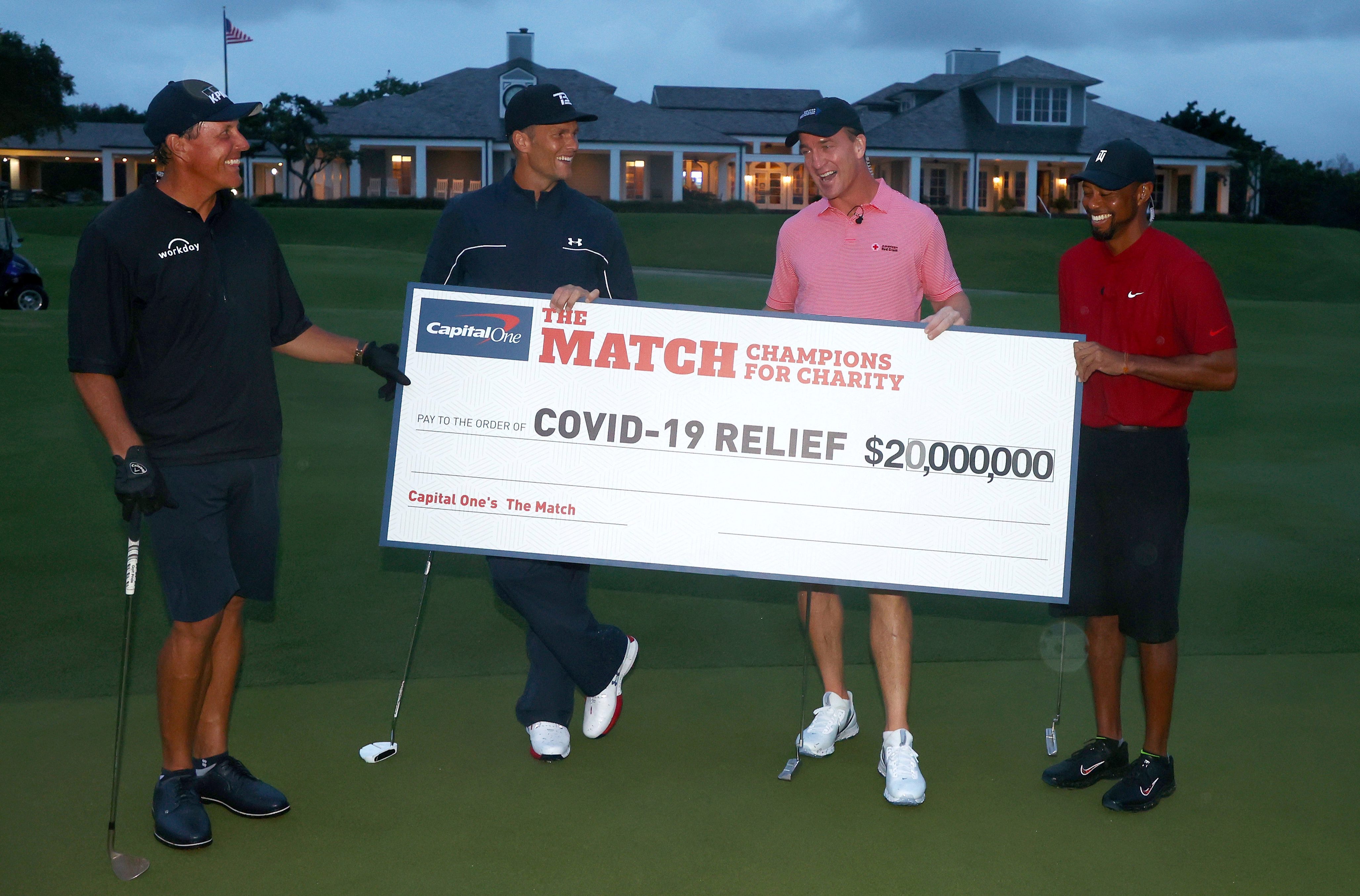 And it came right the way down to the final green, with Woods avenging his original loss to Mickelson by rolling a long putt stone dead to the hole for a one up win.

Although many were sceptical, this superstar showdown really did have it all.

Woods, the 15-time Major champion, hilariously mocked lifelong foe Mickelson as early as the third hole with a withering putdown to camera, proving their second match would not be devoid of humour like their first.

Brady, the six-time Super Bowl champ, was the only one who could not find any form to begin with.

He hooked his first tee shot into the rubbish, duffed one chip, thinned another, and then, offered £40,000 to hit the green on a par-3 by NBA legend Charles Barkley, proceeded to hit a shocking shank.

But the Tampa Bay Buccaneers star put it all behind him on the 7th at Medalist Club in Hobe Sound by holing an amazing shot from 100 yards.

Unfortunately for him, though, he suffered more embarrassment when his trousers split on the way to the green.

Cameras picked up the tear in all its glory as they circled in behind the quarterback's bum when he bent down to pick up his ball. 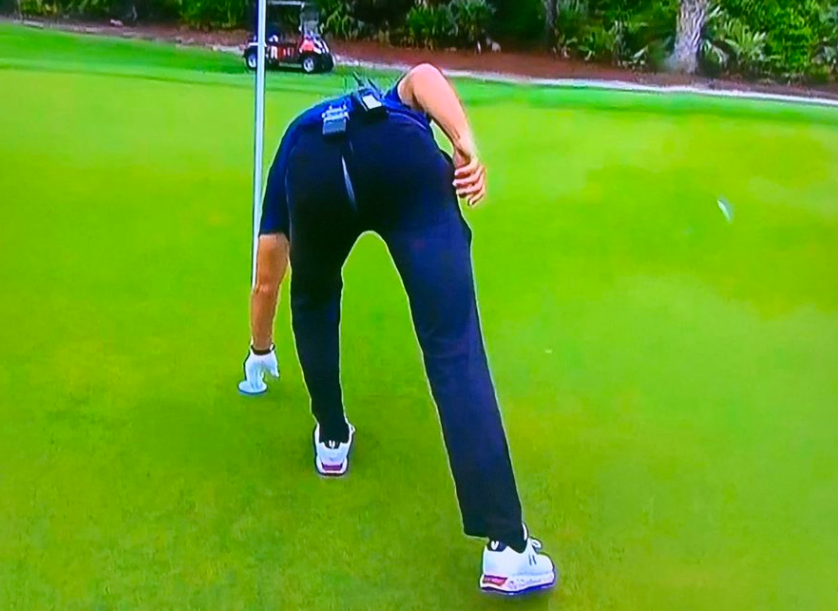 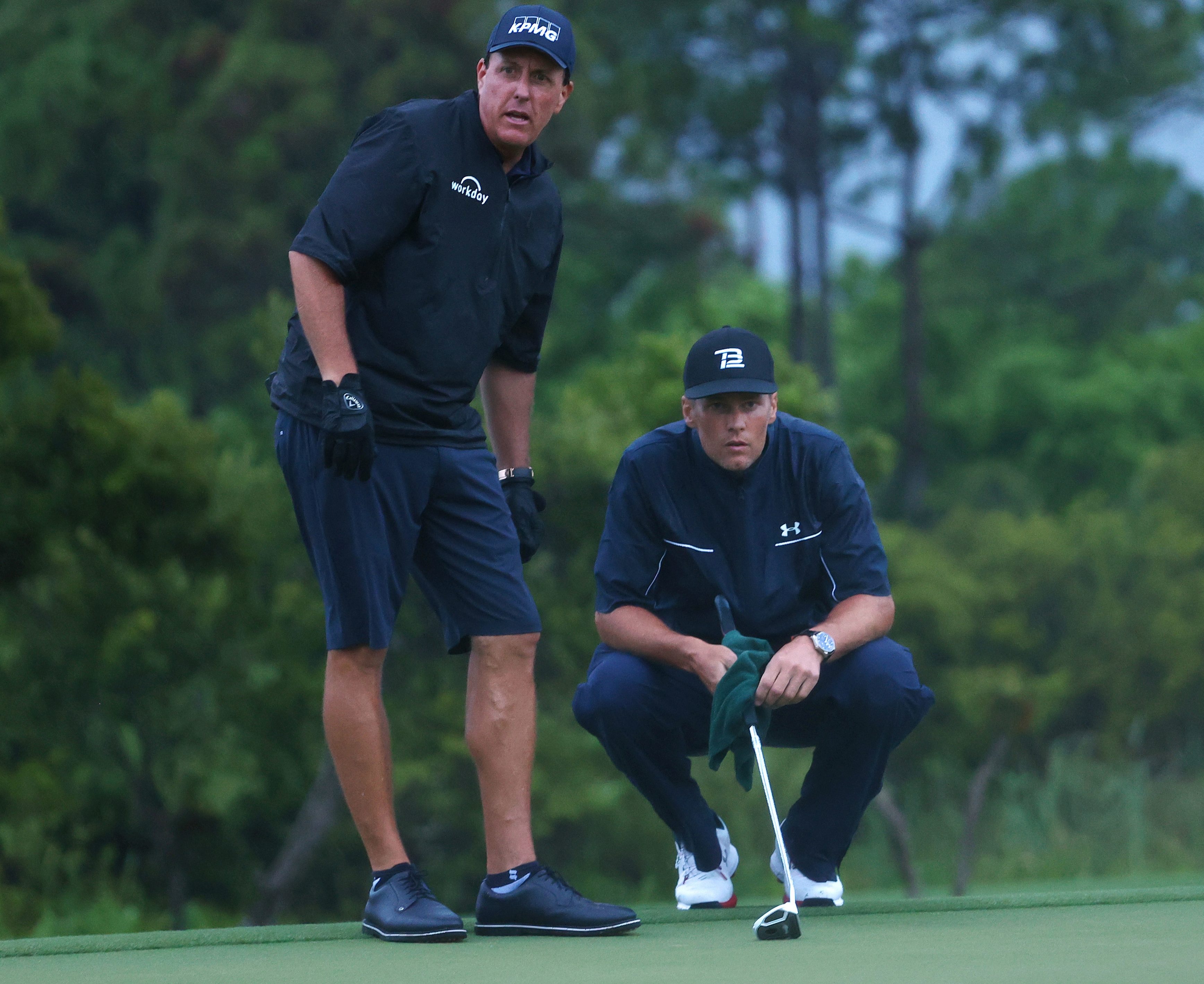 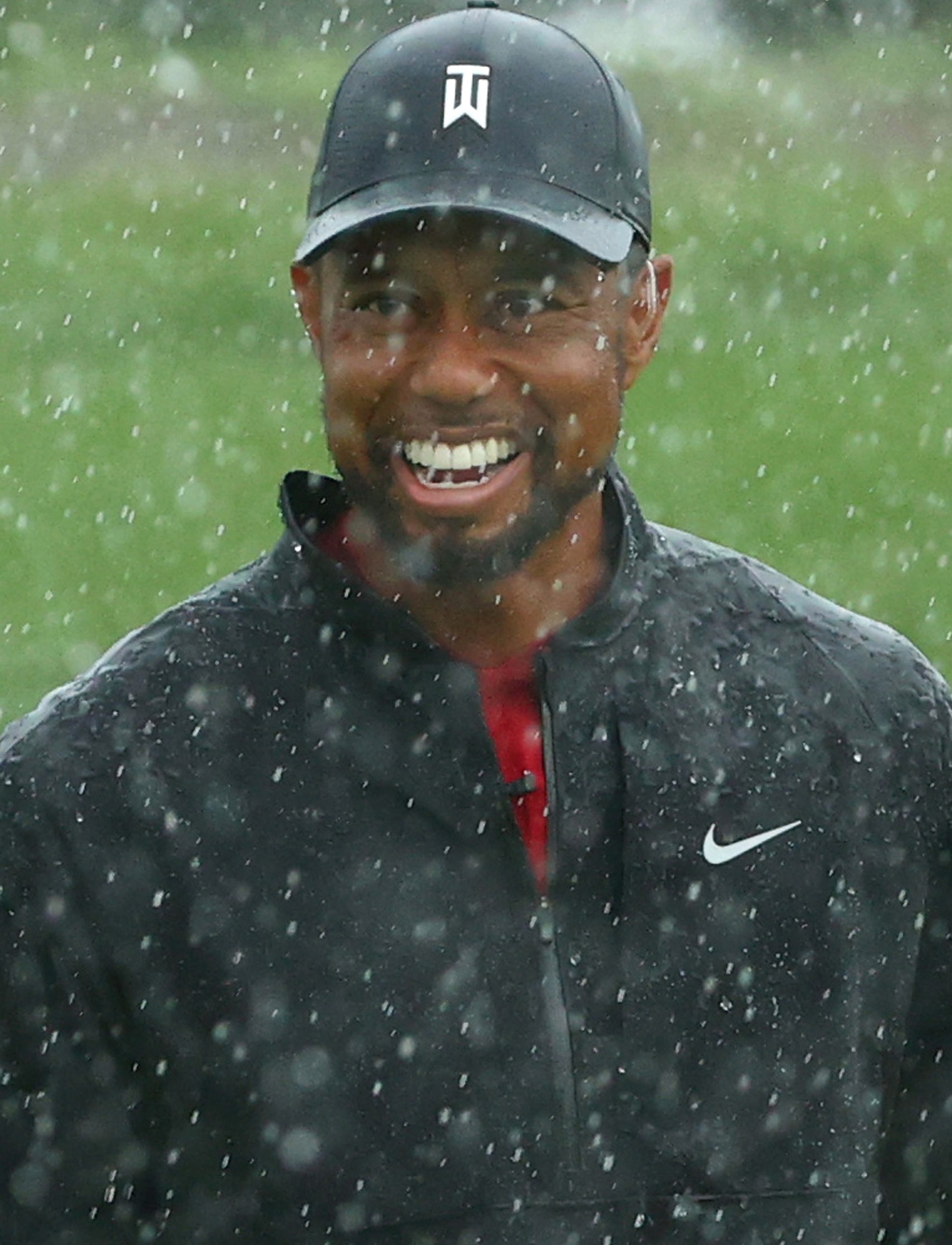 And though Woods – playing for the first time in 98 days after missing two tournaments with a bad back – and Manning went into a three up lead through 10, Mickelson started the fightback on the 11th.

Lefty flushed a monster drive onto the green of the par-4 and Brady rolled in the eagle putt.

Former Indianapolis Colts ace Manning – who came 17 inches from a hole in one worth £20.5m on the 16th – then missed a tiny putt on the 14th and it was back to one down.

But Mickelson, who won his first match with Woods in a sudden-death play-off back in November 2018, and Brady could not get it back to all square.

And when Woods, the reigning Masters champ who answered all questions about how his back was after the layoff, rolled his long putt at the last to kick-in distance that was good enough for a gimme and the win.

Woods, who stood next to the other three in near darkness as the round ended, said: "The fact we all came together and raise money for those severely affected.

"This is out arena – we couldn't imagine going out onto the field and do what Tom and Peyton do!"