BUKAYO SAKA made it to the top five of Arsenal stars with the most appearances before turning 20. 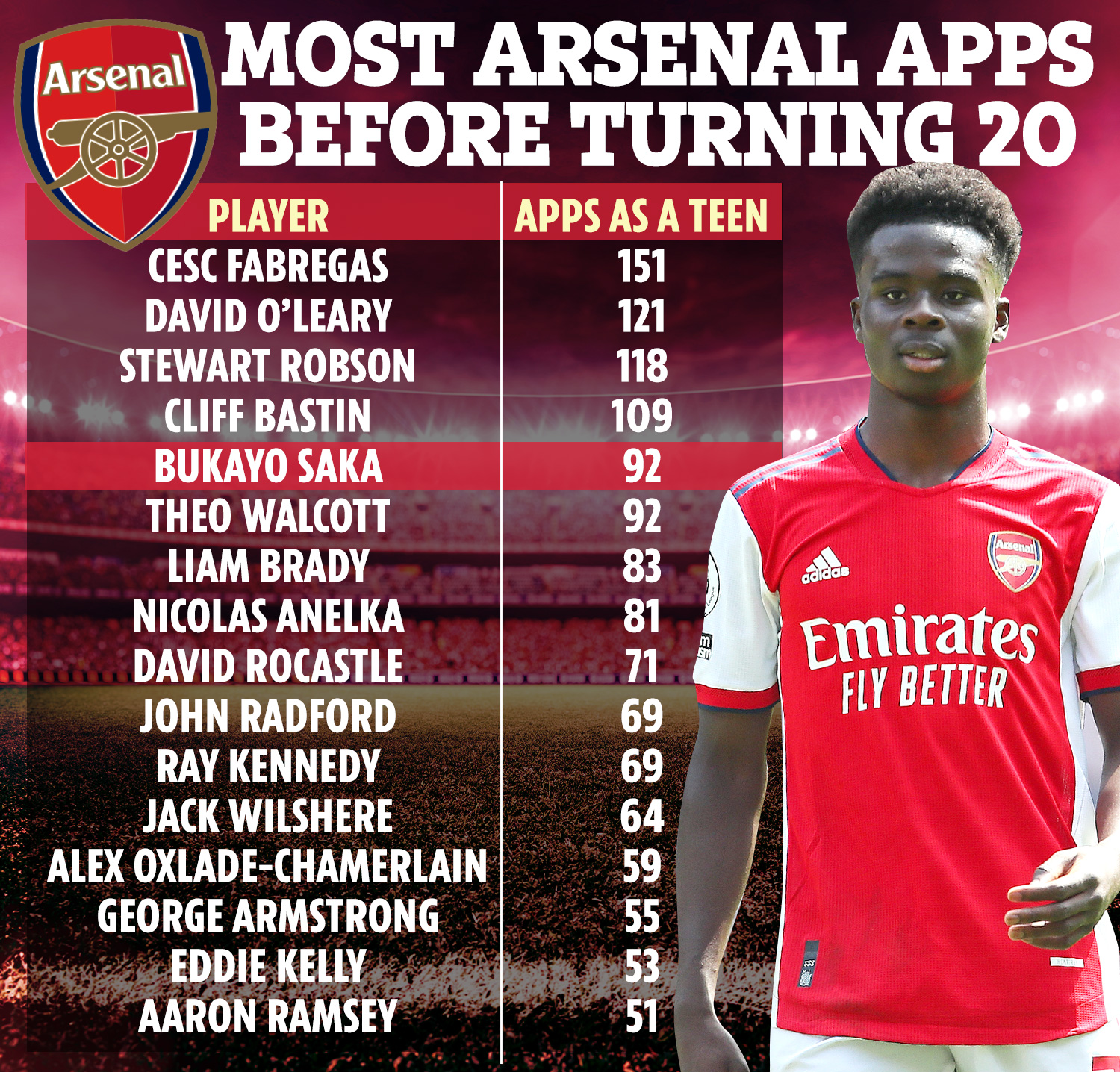 But the England international will not get to break Cesc Fabregas' record tally as he turned 20 on Sunday during the international break.

No teenager has ever amassed more appearances for the Gunners than Fabregas, who sits on top of that list with 151 games.

Here is who made the top five of the respective group for Arsenal:

Saka earned a senior call-up in 2018 under Unai Emery and quickly proved to be one of Arsenal and England's brightest prospects. He currently counts 12 goals and 21 assists in 92 club appearances.

Walcott, on the other hand, was among Arsene Wenger's brightest young stars after signing the sensation as a 16-year-old from Southampton for a deal rising to £12million.

Walcott spent 12 years at the club until his move to Everton in 2018.

Cliff Bastin joined Arsenal way back in 1929 from Exeter and made a whopping 109 appearances before turning 20.

Bastin went on to become the Gunners' third all-time top goalscorer throughout his 18-year stint in north London.

Stewart Robson was also a product of the Arsenal academy and the midfielder hit the ball running ever since his first senior appearance in 1981.

Robson went on to amass a total of 118 appearances as a teenager at the Gunners.

David O'Leary started out in Arsenal's youth ranks and made his senior debut in 1975.

O'Leary amassed a total of 558 appearances for the club, 121 of which took place before he turned 20.

The most esteemed member of this group, Cesc Fabregas joined Arsenal from Barcelona's La Masia academy in 2003.

Fabregas hit the ground running immediately with a whopping 151 appearances by the time he turned 20.

The legendary midfielder went onto become a club great before his return to Barcelona in 2011 and his move to Chelsea three years later.