Verstappen scooped the championship in hugely controversial circumstances, overtaking Lewis Hamilton with one lap left to race in Abu Dhabi. 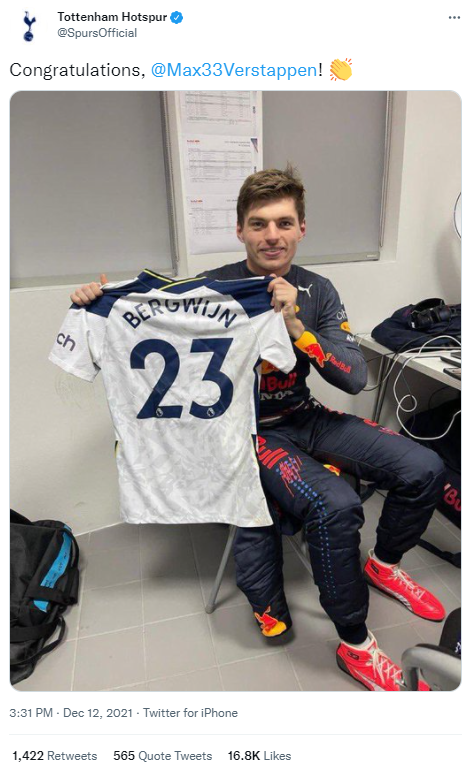 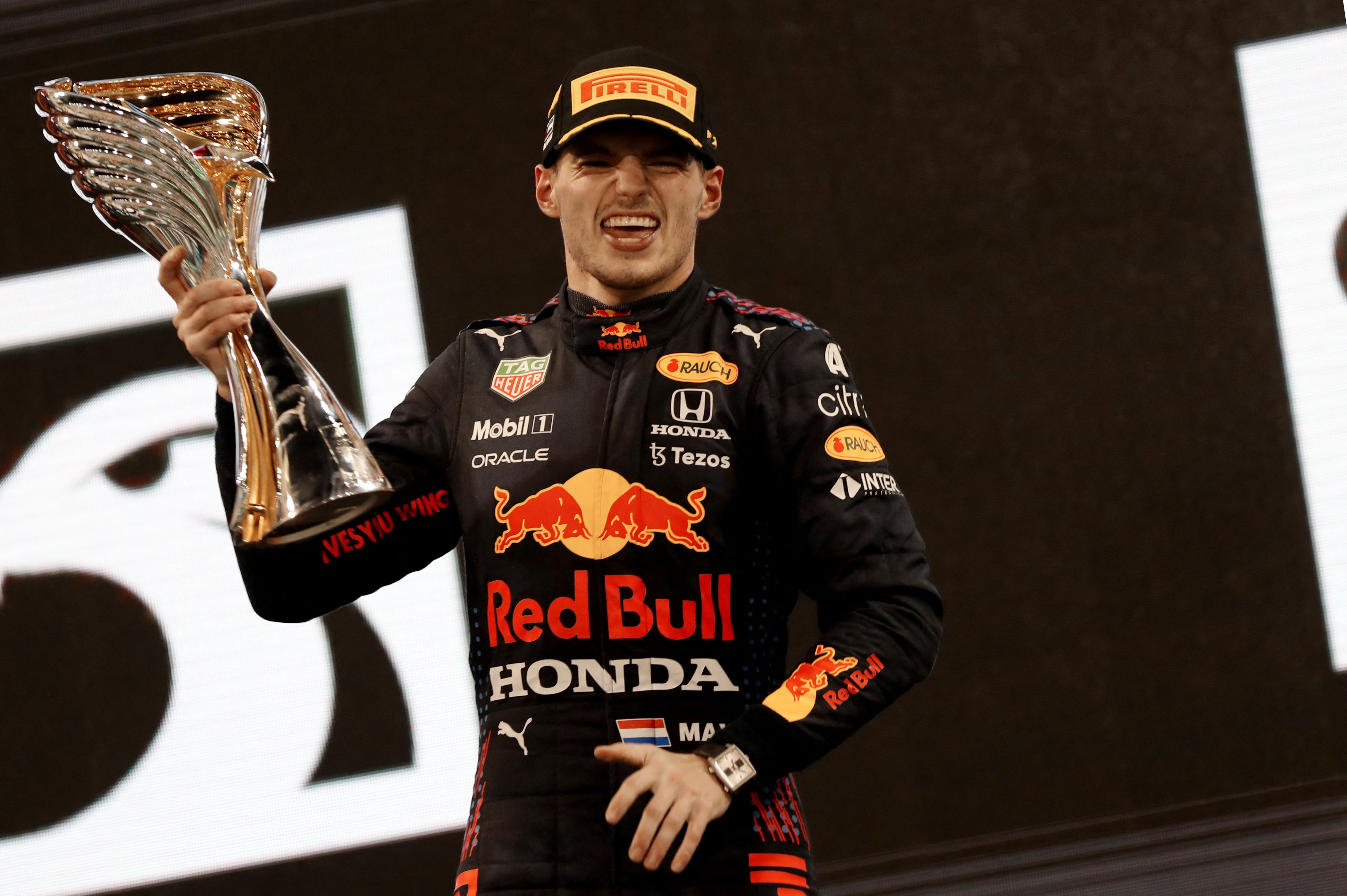 Mercedes launched protests on two accounts after Hamilton was pipped to an eighth world title in the final seconds.

They were both rejected by stewards though, meaning Verstappen is confirmed as world champion.

Spurs ere quick to pass on their congratulations to the Dutchman immediately after the race, tweeting a picture of the 24-year-old star holding up a shirt sporting the name of his countryman, Steven Bergwijn.

But fans weren't convinced by the post, with some hilarious tongue-in-cheek responses, as well as some disgruntled disgruntled supporters.

One wrote: "We're so s*** at football that this is what we resort to? Nice one admin."

Spurs of course have famously not lifted any silverware since lifting the League Cup in 2008. 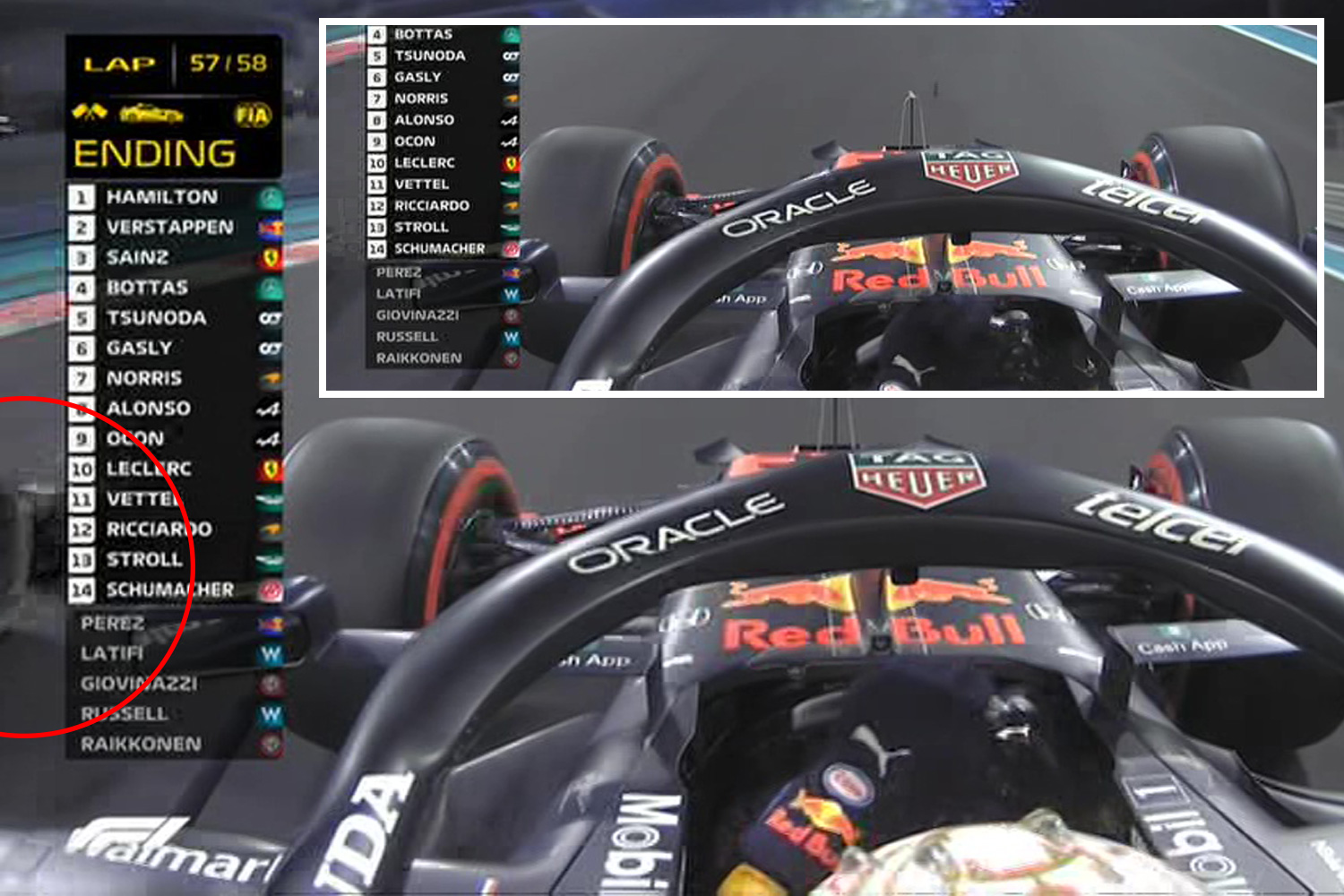 Is this moment Verstappen F1 title could get OVERTURNED after Hamilton overtake? 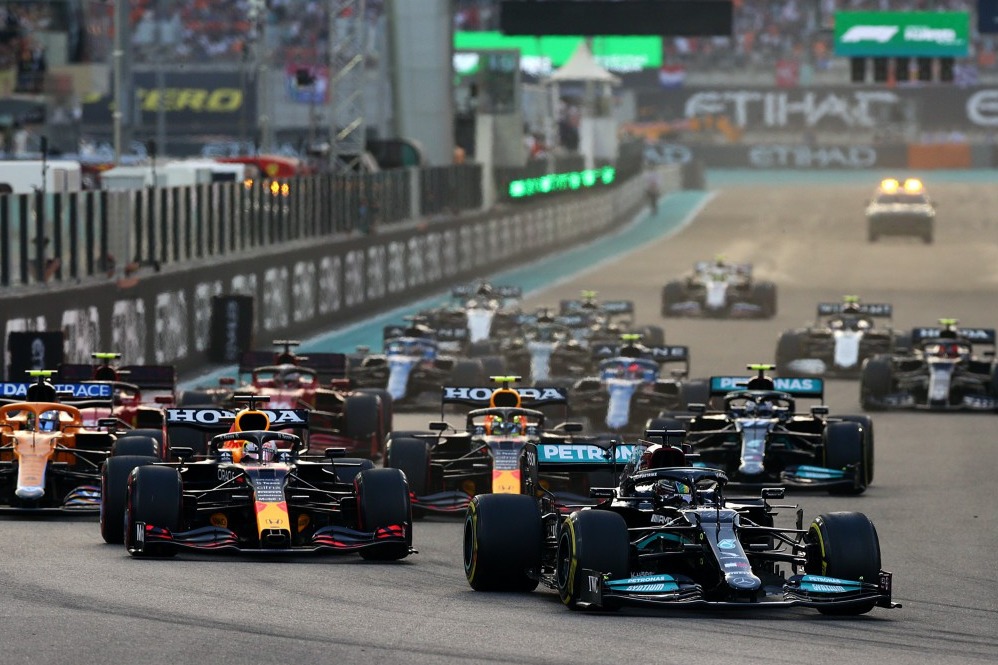 Another exasperated supporter said: "We claim this as a trophy."

In doing so he stopped Hamilton from scooping what would have been an eighth title, and made him the most successful driver in F1 history.

And one angry Spurs fan wrote: "Lewis got robbed stop tweeting," in reference to the controversial way in which Verstappen won the title.

Supporters of Hamilton were left fuming that lapped cars were allowed to pass him, meaning Verstappen could use fresh tyres on clear asphalt to close in on the Brit and pass him.

Images also emerged of the Red Bull driver seemingly overtaking Hamilton BEFORE the late safety car had left the track.

Mercedes protested on both accounts, but both were later rejected by stewards.

Reports suggest Mercedes now have until Thursday to take the matter to the FIA court of appeal.