HARRY KANE has set his sights on Tottenham winning a cup double.

The Spurs striker got Jose Mourinho’s reign off to a winning start with a goal in the 3-2 London derby win over West Ham. 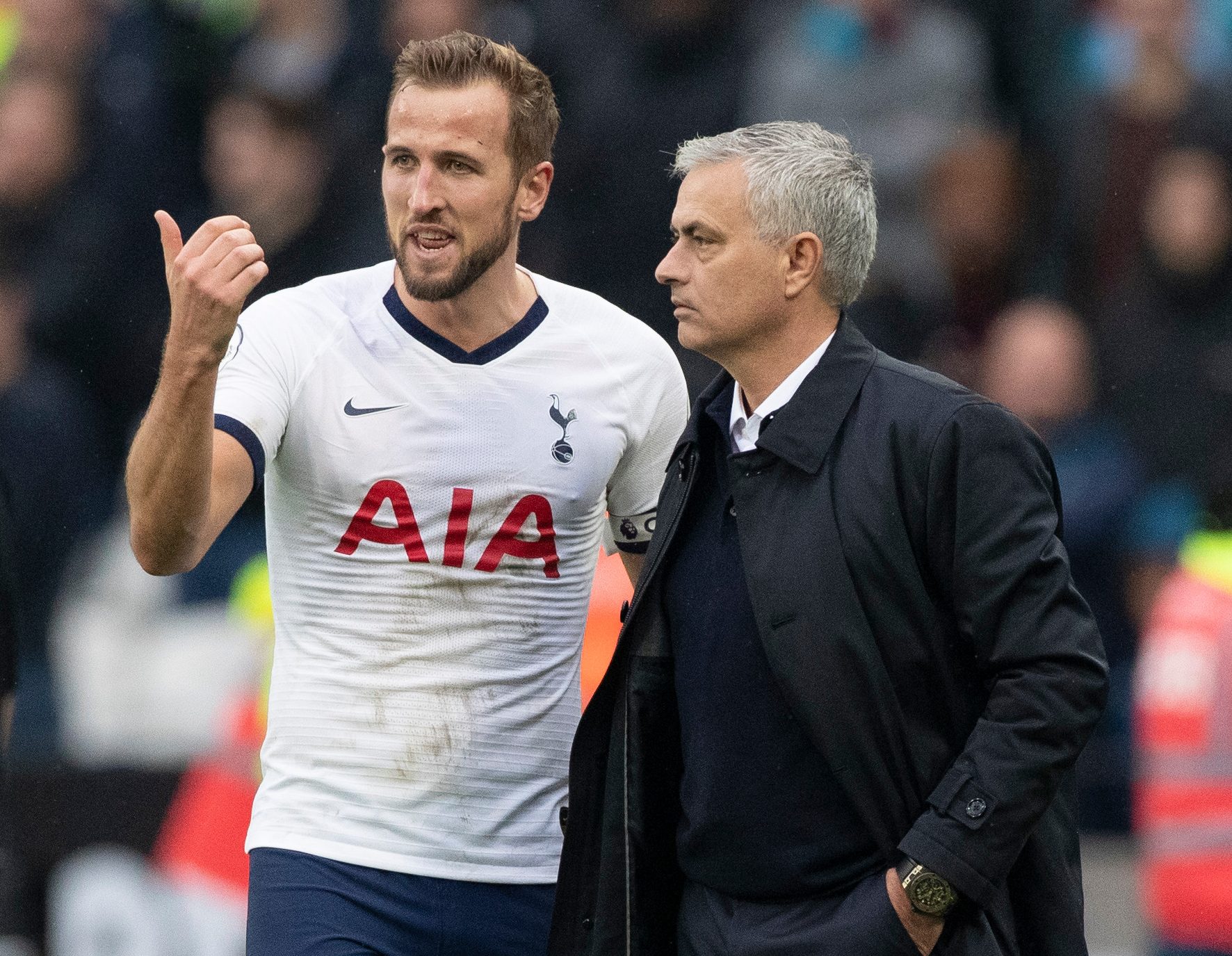 Victory for Tottenham at home to Olympiakos in the Champions League tomorrow will send last season’s finalists into the knock-out stages with a game to spare.

Kane said: “Realistically, we look at the Champions League and the FA Cup. We will see how that goes and I will keep doing what I’m doing and keep fighting.”

Kane limped out of the London Stadium with a bruise on his foot, a bump on his head and a belief in his heart he can finally win silverware with his beloved Spurs.

And before you ask, his belief was not the result of the knock to his noggin!

It was due to the arrival of Mourinho as manager.

The Special One, who was appointed as Mauricio Pochettino’s successor on Wednesday morning, made an instant impact as he guided Tottenham to their first Premier League away win for TEN MONTHS.

It ended Spurs’ run of five top-flight without a victory and raised their hopes this season may not be a write-off after all.

Kane said: “The gaffer has won at every club he has gone to — there’s no hiding away from that. He wants to win, he’s a proven winner. 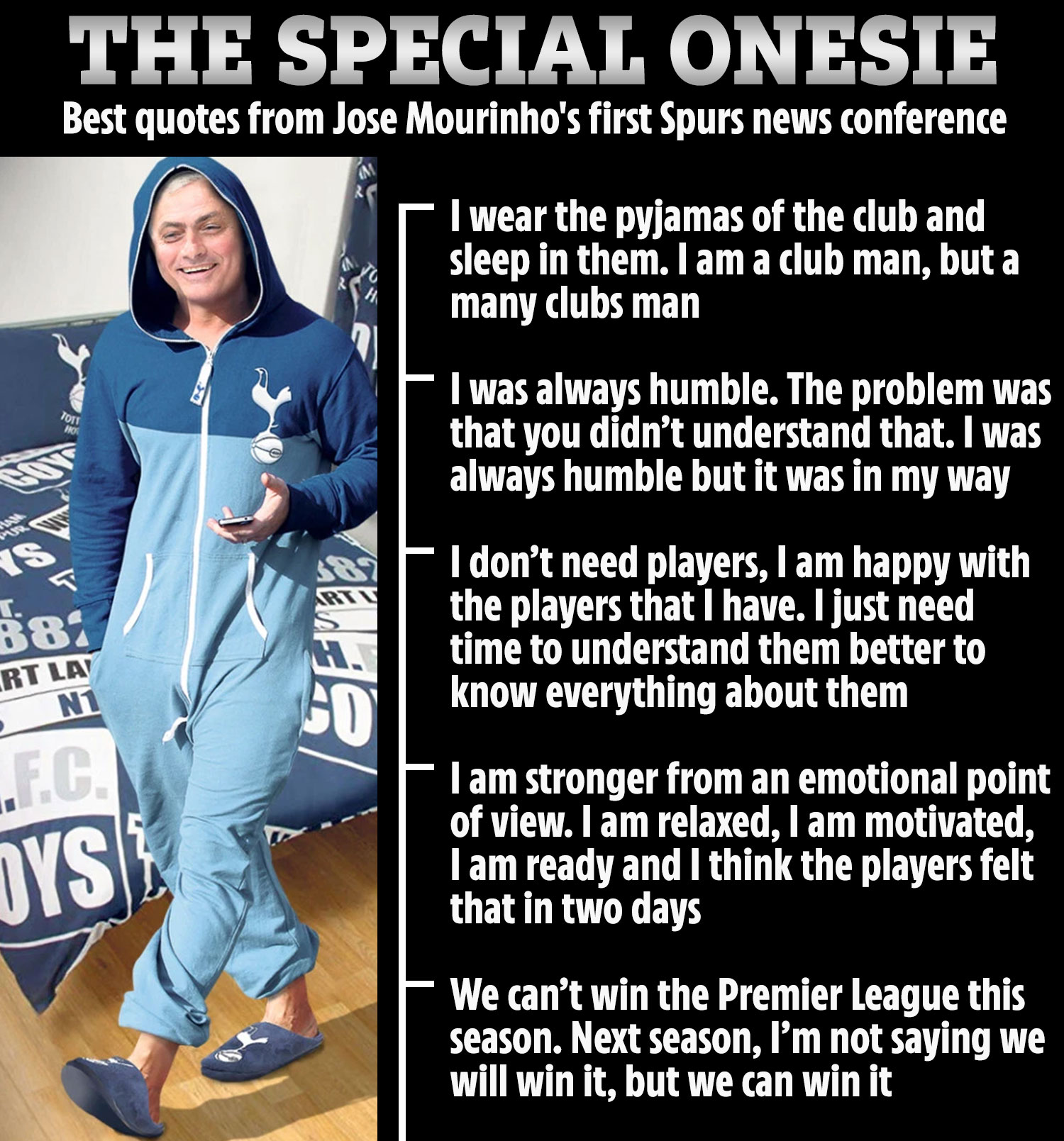 “Realistically, we look at the Champions League and the FA Cup to try to do that.

“We will see how that goes and, from my point of view, I will keep doing what I’m doing and keep fighting for this club on the pitch.”

Spurs are nine points off fourth spot, but Kane refused to rule out a fifth successive top-four finish.

“We’ve started difficult this season, but we still have full belief that we can make the top four.

“It’s massive for the players, for the club, financially for the club to reach the Champions League so that’s our aim in the Premier League this season.”

Kane headed Spurs 3-0 up in the 49th minute after first-half strikes had put the visitors in control.

But they took their foot off the pedal and late goals from Michail Antonio and Angelo Ogbonna flattered the Hammers.

It was crazy end to a crazy week for Tottenham stars, who saw Pochettino axed on Tuesday night after five-and-a-half years at the helm – and Mourinho named as his replacement 12 hours later.

Kane, who injured his foot as he scored and then was almost KO’d as he bravely put his head in front of Aaron Cresswell’s thunderbolt free-kick, admitted: “It’s been a week I’ve never really had in my career before.

“It was a big shock on Tuesday night for everyone, the players included. Then it was a quick turnaround and all of a sudden we got a new manager, one of the best managers there has been in the game.

“So you have to automatically have to turn your head towards that and focus on this game. Obviously, there was a lot of emotion, a lot of energy, but the gaffer came in and said it was all about just preparing for Saturday.

“He said get yourselves ready and you don’t have to impress me in days one and two, so don't run about wasting your energy.

“It was about going out here and performing, and thankfully we got the win.”

It showed what a bunch of shysters footballers truly are – as Spurs stars looked a totally different group to the ones who had been sacking it off under Poch this season.

It also highlighted the ex-manager’s part in their sorry start as you were left wondering why he had struggled to get a tune out of them.

But it was sweet music for Mourinho, who has insisted Kane is not for sale at any price.

The striker said: “When you do well as a player, it brings a price tag on your head.

“Look, all I can do is do my best for the team and that’s what I’ve always done.

“I want to win trophies, that’s clear, so hopefully we can do that this year.”