BOXING fans are starting to wonder where Tyson Fury will turn up next – after the Gypsy King confirmed he will take on UFC heavyweight Stipe Miocic next year.

A date and location has not yet been decided but venues being considered are thought to be the USA or Saudi Arabia. 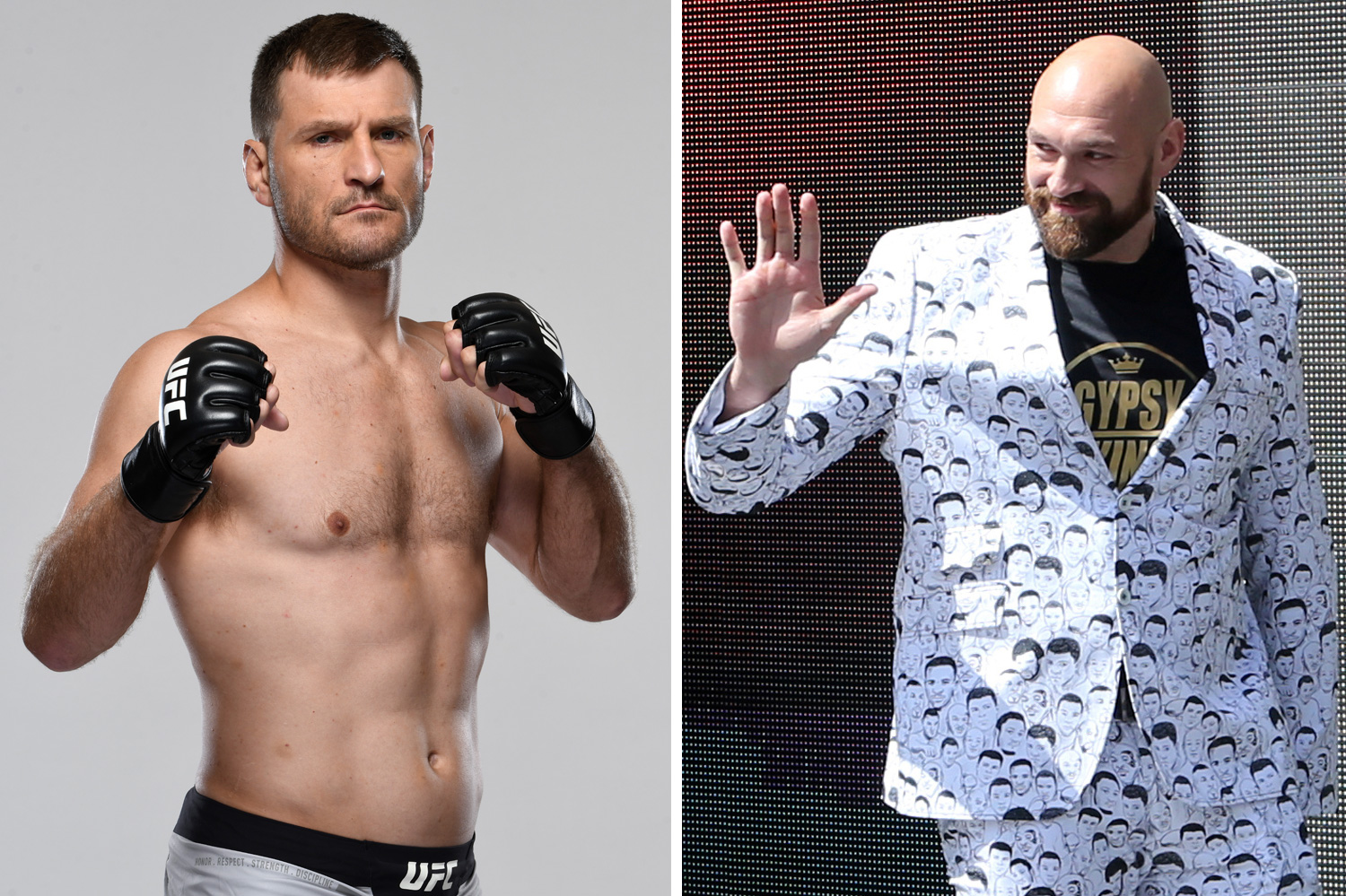 But the pair will fight in the boxing ring rather than the Octagon.

It would be the second time UFC has clashed head on with boxing.

That move ended badly for Irish UFC champ Conor McGregor and there are fears that Miocic will suffer similar humiliation.

He out-boxed him in a tenth-round stoppage.

The plucky Irishman looked like a duck out of water with all the boxing grace of a lumbering elephant.

Confirming the Miocic bout, Fury told mtkglobal.com: “Stipe says he wants to box me, that would be a good fight for sure.

"After I get Wilder out of the way I’ll fight Stipe in a boxing match if he wants it.

"It would be a big crossover fight like Mayweather and McGregor.

“I’m open to that fight so he should come and see me.

"It would be the same outcome for any of them, they’ll all get smashed."

The 37-year-old is of Croatian descent.

UFC chief Dana White has virtually put the block on Fury fighting in the Octagon.

He laughed off claims Fury, who made his WWE debut in Saudi Arabia last month, could now move into MMA.

That criticism prompted an angry response from Fury's father John, who threatened to knock out White.

Tyson and Miocic are unlikely to fight in the UK.

The Mancunian is fed up with the response he gets in his home country and says he gets treated "like a superstar" in the USA.

Fury had wanted to move into UFC.

He was training with UFC fighter Darren Till.

He said: "It was exciting training with Darren Till and we get on like a house on fire, he put me through a hard training session and it was really good."

Fury has also lined up a rematch with American Deontay Wilder on February 22.

This is likely to be BEFORE the Miocic match-up.

Promoters are unlikely to risk Fury getting injured and risking a clash which would in all likelihood break the pay-per-view TV record.