Fury dethroned the Wilder of the WBC crown in their February 2020 rematch, almost two years after they initially drew. 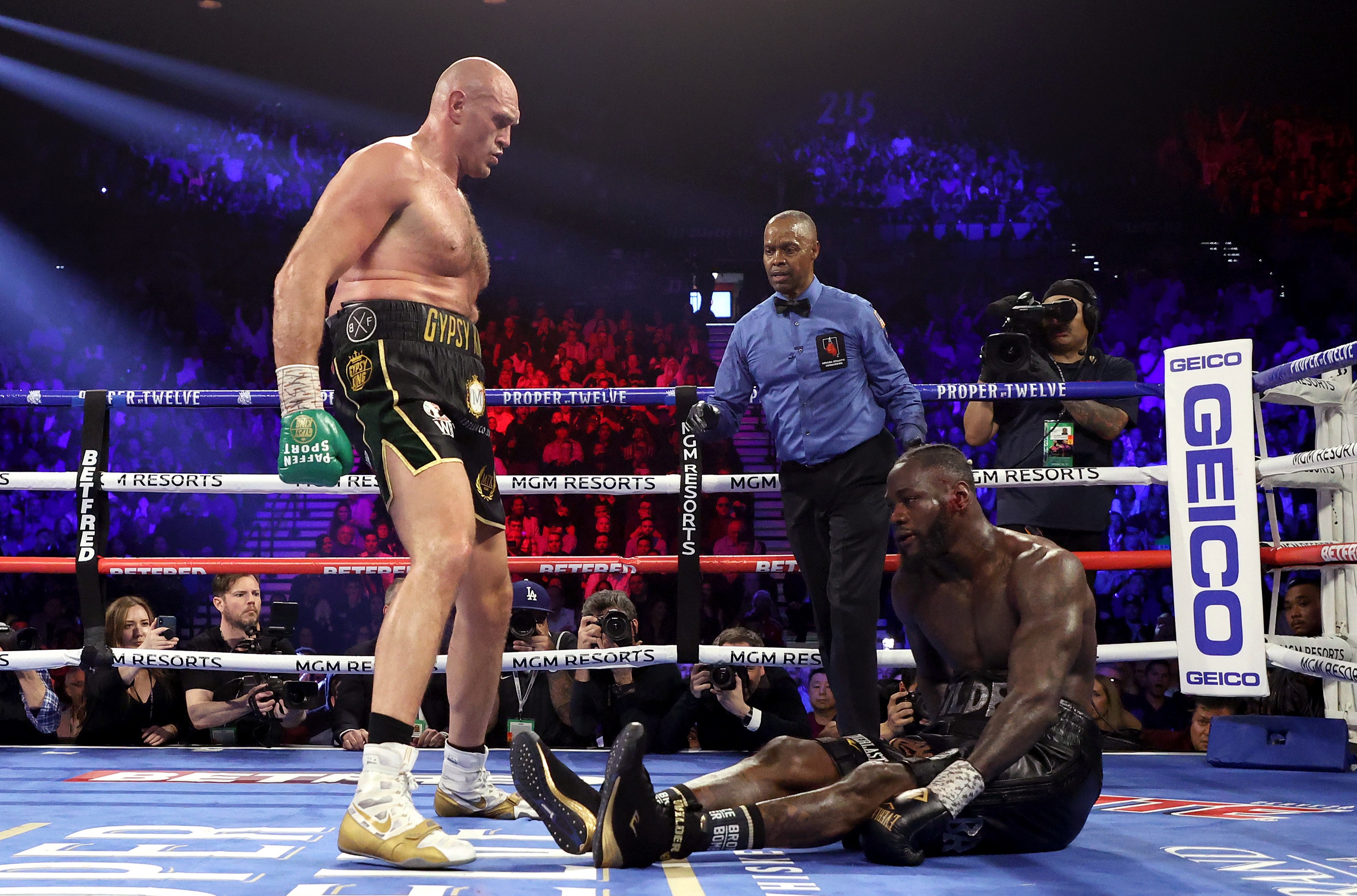 Afterwards, the American refused to accept his first ever loss and gave a host of baseless excuses and accusations for why he was beaten.

That included Fury's gloves being loaded with WEIGHTS and Wilder astonishingly claiming his water was SPIKED.

The Gypsy King has long battled mental demons and is a huge advocate for mental health wellbeing.

And he is confident in noticing a mental collapse in Wilder and even wants to help after their July 24 trilogy bout.

Fury, 32, told the Daily Mail: "Clearly he’s suffered his first mental breakdown since I gave him his first defeat. Not surprising really.

"I injured him heavily. As well as the torn biceps he kept going on about he ended up with a ruptured shoulder, while I also gave him a cracked skull and two burst ear-drums.

"I smashed him to pieces. He felt like he’d been run over by an 18-wheeler. Make that a six-foot-niner.

"Then he lost the plot completely with all those mad allegations. I haven’t spoken to him since that night but he’s had a lot of mental issues.

"I would be the best person to help him. I will if he wants. Maybe not before July 24."

Fury's one-sided seventh round stoppage, which came after two knockdowns, was meant to be followed by a contracted trilogy bout.

But amid the coronavirus pandemic, the immediate rematch was delayed and then cancelled.

As a result, Fury's side argued the stipulation expired as they instead entered talks with Anthony Joshua, 31, for an undisputed title decider.

The Brit pair then agreed terms to an August 14 unification in Saudi Arabia, all while Wilder, 35, was fighting his case for revenge in arbitration.

And after months of legal proceedings, the ex-WBC champion was awarded the right to another fight with Fury, with contracts penned soon after.

"I hope he brings a lot more to the ring than last time," Fury said.

"That was a one-sided beat-down but I love real challenges. I didn’t think he would take the trilogy fight but he’s proved me wrong.

"Either he’s a glutton for punishment or he’s just coming for the money. Because he knows he can’t win. At least it will be over quicker for him.

Scott, 40, told the PBC podcast: "He never was depressed. Never.

"He was focused on the play that we're focusing on now – when he rolls out of bed, he's training.

"If Deontay Wilder has been depressed then I pray to God that I reach that level of depression because when I tell you, I'm extremely proud of him, not as a fighter that I've trained but as someone as I consider as my brother.

"Not the things going on in the ring that I'm proud of him about, but just all the smart investments that he has done.

"All the acres that he is living on. All the people that he helps and everything that he does besides what's going on in the ring."