TYSON FURY showed off a black eye after stepping up his sparring in preparation to fight Anthony Joshua.

The two heavyweight champions signed to fight in March and promoter Eddie Hearn revealed the pair had agreed a site deal. 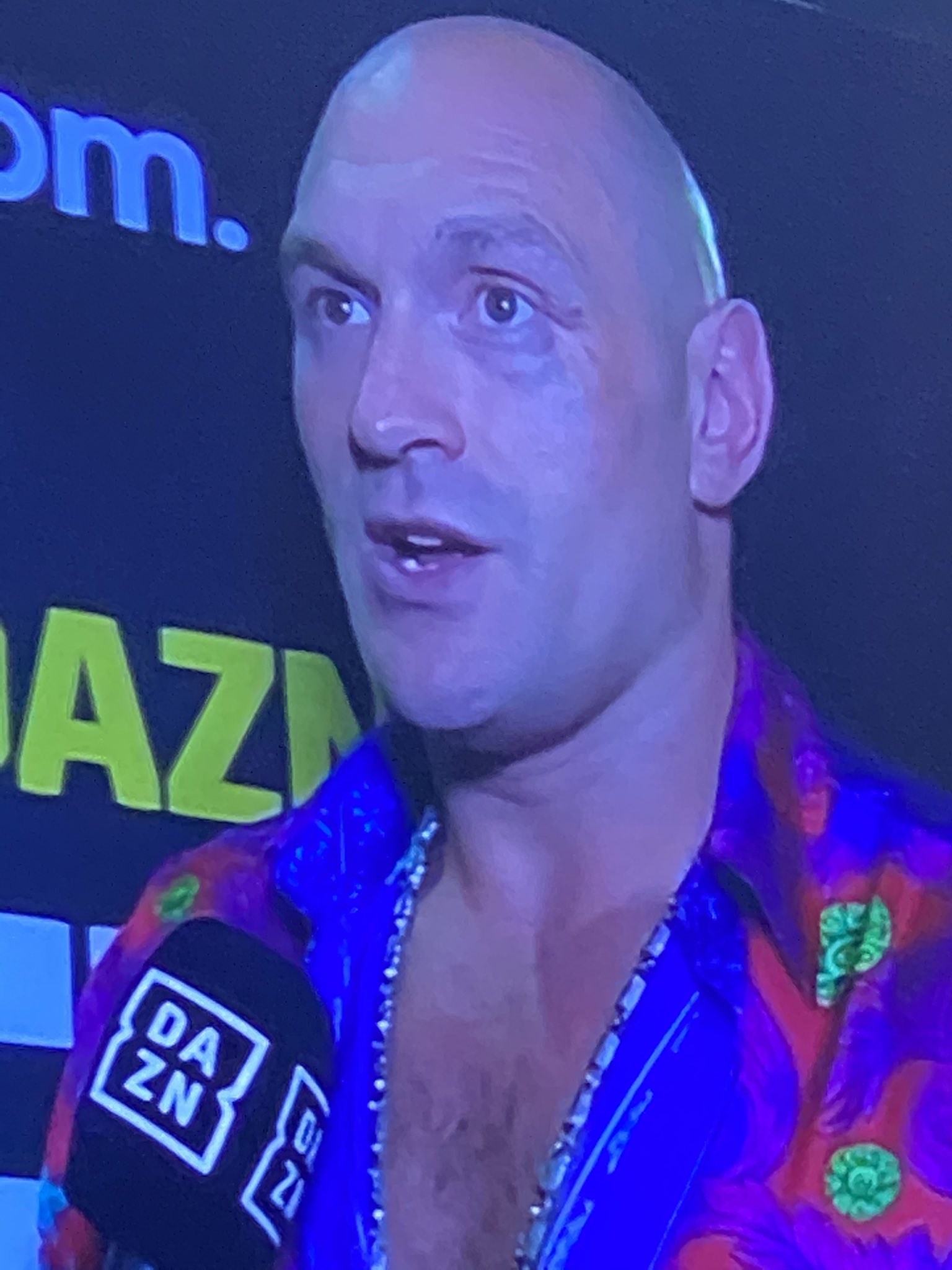 Fury has been in America training for the undisputed title decider with his camp starting in Las Vegas.

But the WBC champion moved him camp to Texas after flying out to support close friend Billy Joe Saunders.

The Gypsy King, 31, was captured by DAZN cameras before the super-middleweight unification.

And he appeared to be sporting a black eye as fans took to Twitter to point out the shiner.

One tweeted: "Tyson fury looks as if he's been punched a cracker he's got a right good bruised eye."

Another wrote: "No one seems to be talking about Tyson Fury's bruised eye…

One posted: "Why does Tyson Fury have a black eye."

Fury met Eddie Hearn in America and told the promoter what sequence of punches he believes will knockout AJ.

He said on Hearn's BBC 'No Passion, No Point' podcast: "I will cut Anthony Joshua down like a hot knife through cheese.

"When he gets cracked with all them muscles right in the jaw, it's like getting a boiled egg with a split down the middle, it can't be repaired.

"He will go. I'll even tell you what punch it's going to be, I'll even give my game plan away; it will be a check left hook straight to the temple.

"His legs will go and he'll fall on his face. He may get back up and I'll knock him out with the overhand right. Goodnight. Enough said."