JUSTIN GAETHJE suffered yet more title heartache as former lightweight king Charles Oliveira choked him OUT COLD in front of his friends and family.

Fan favourite Gaethje locked horns with the recently-deposed former champion early on Sunday morning in the main event of UFC 274. 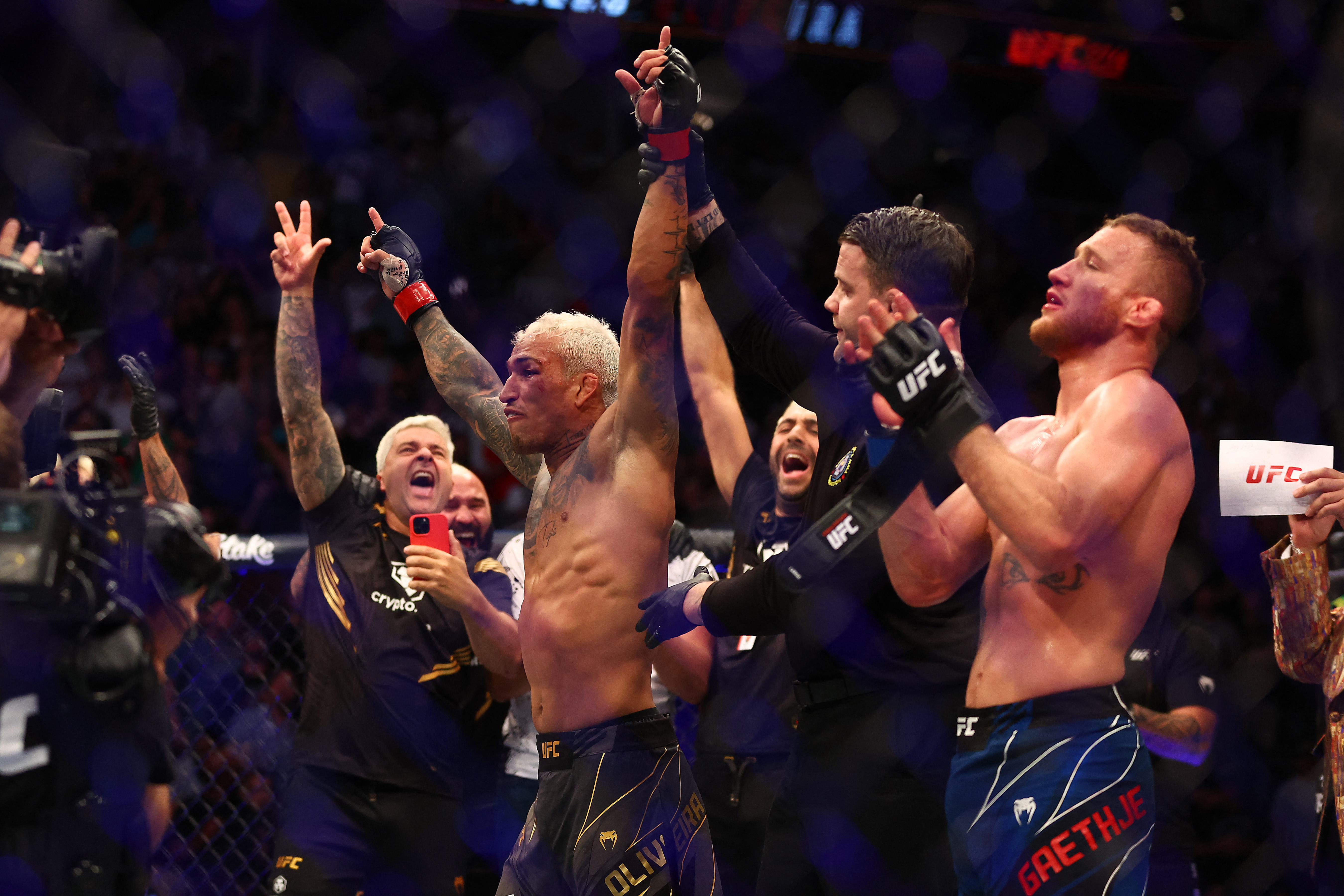 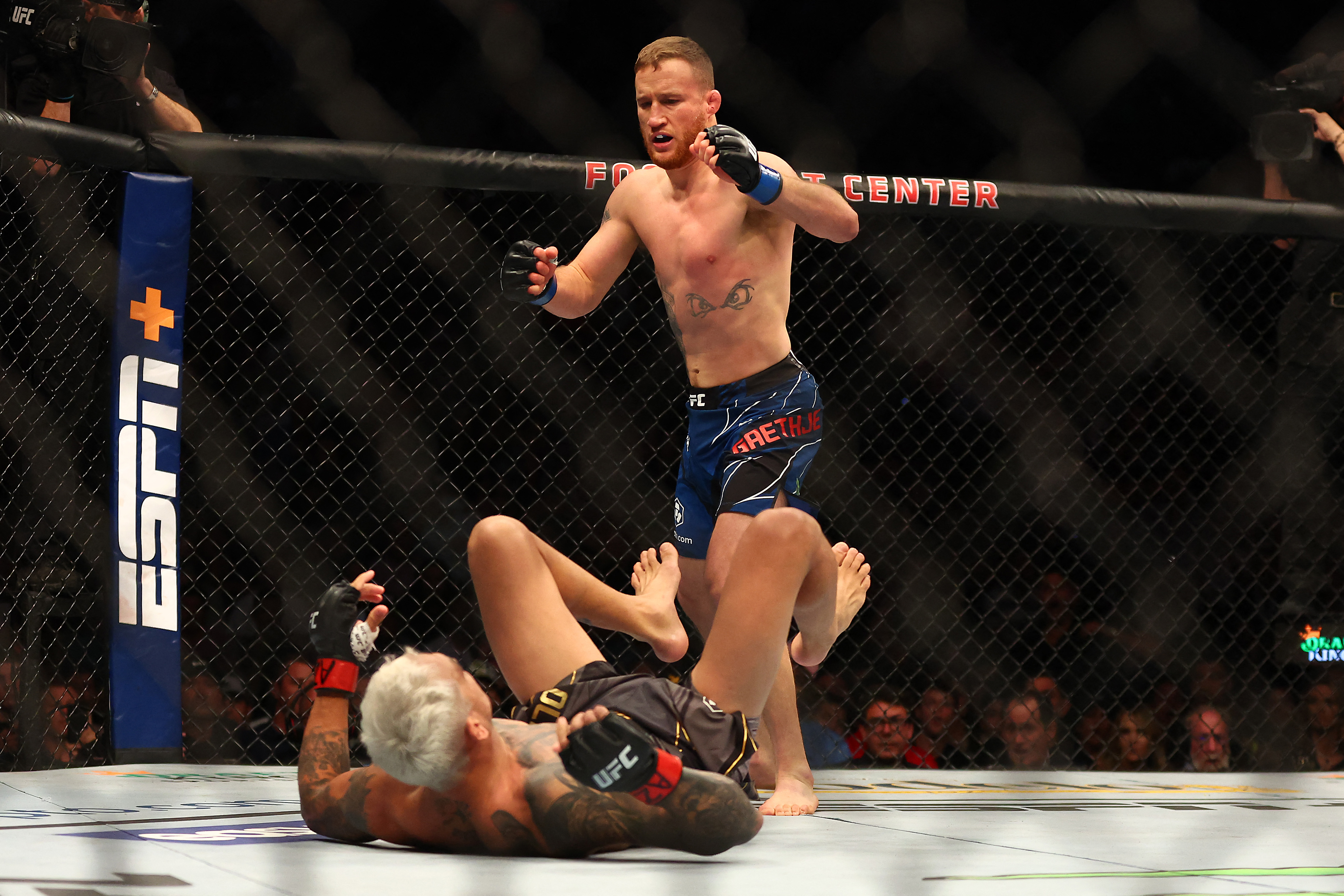 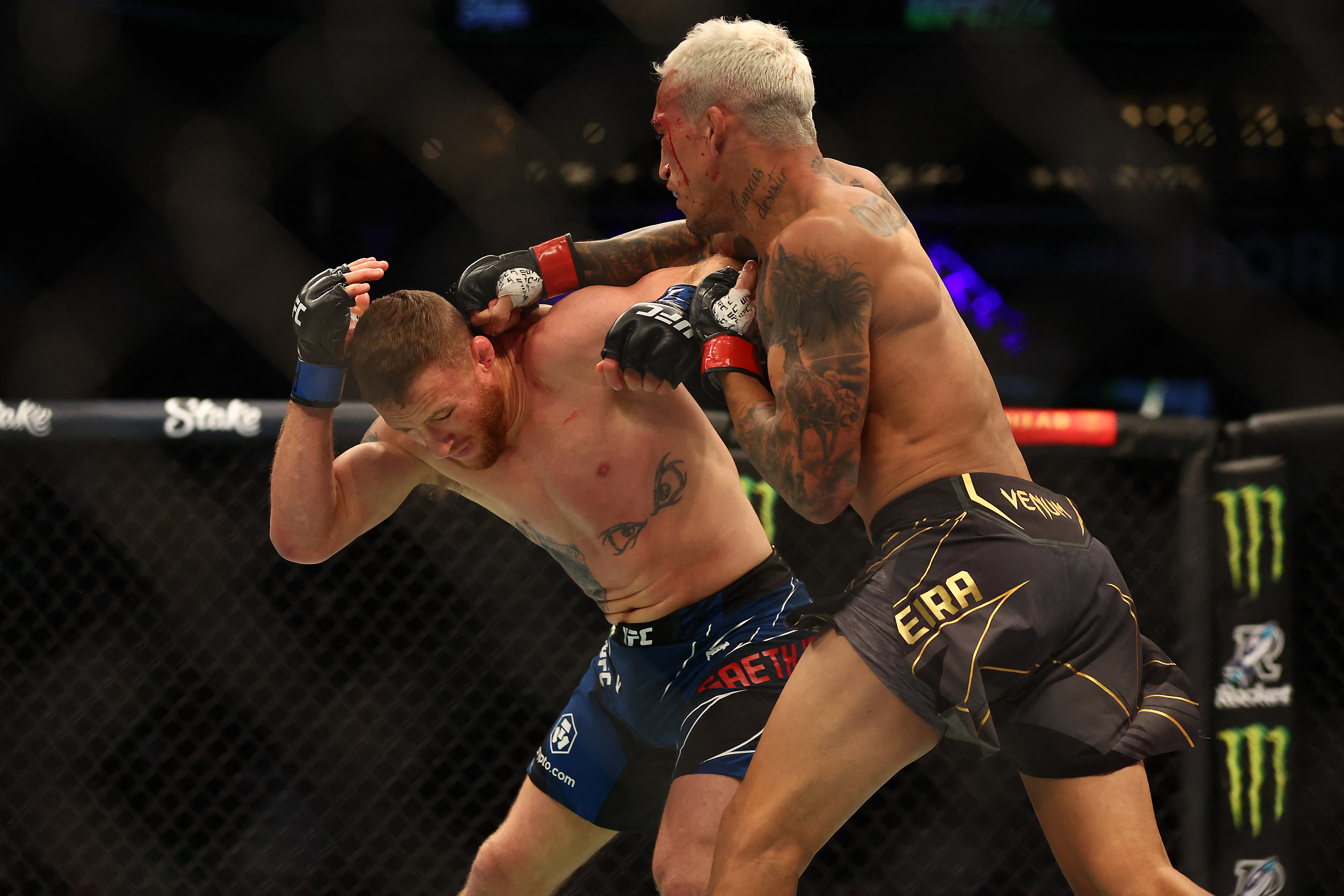 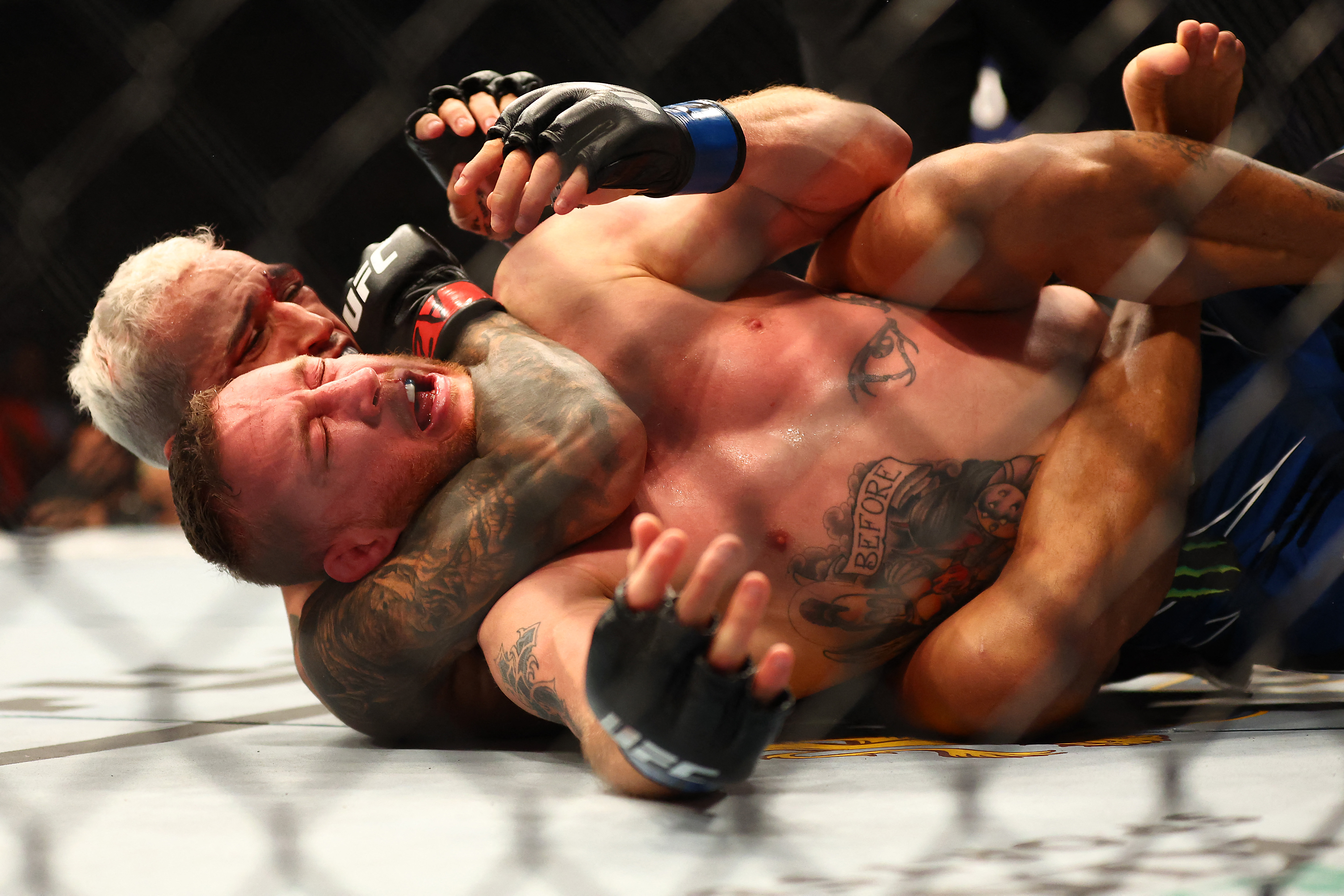 The Highlight was brimming with confidence ahead of his second crack at undisputed UFC gold, the first of which came against the retired Khabib Nurmagomedov.

But former champ Oliveira – who lost the belt on the scales the day before – denied Gaethje of a fairytale story in his home state of Arizona with a nasty first-round submission victory.

After registering his 11th victory in a row, a fired-up Oliveira said: "Hey, hey.

"There is something missing here. The champion has a name and it's Charles Oliveira from the Bronx." 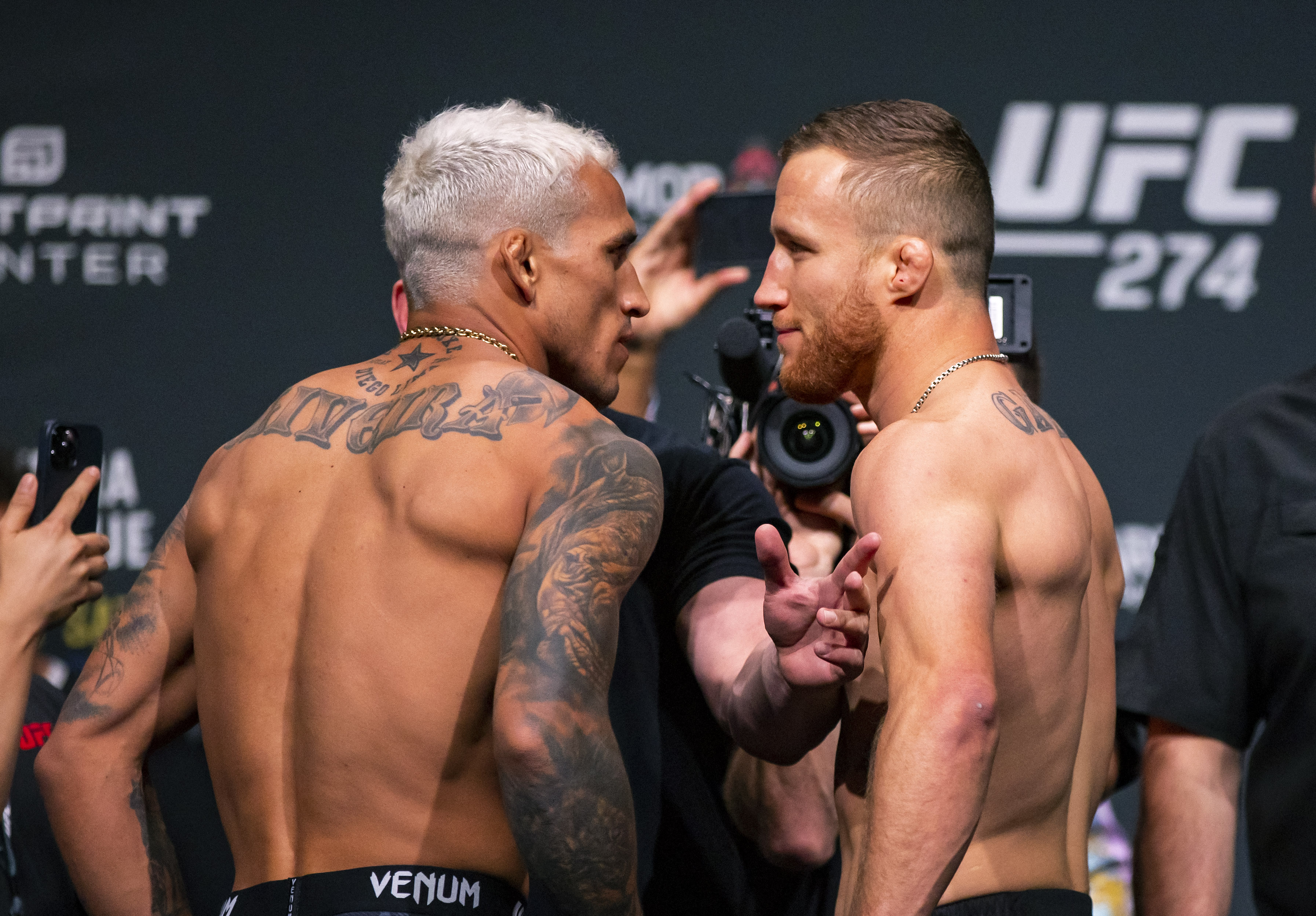 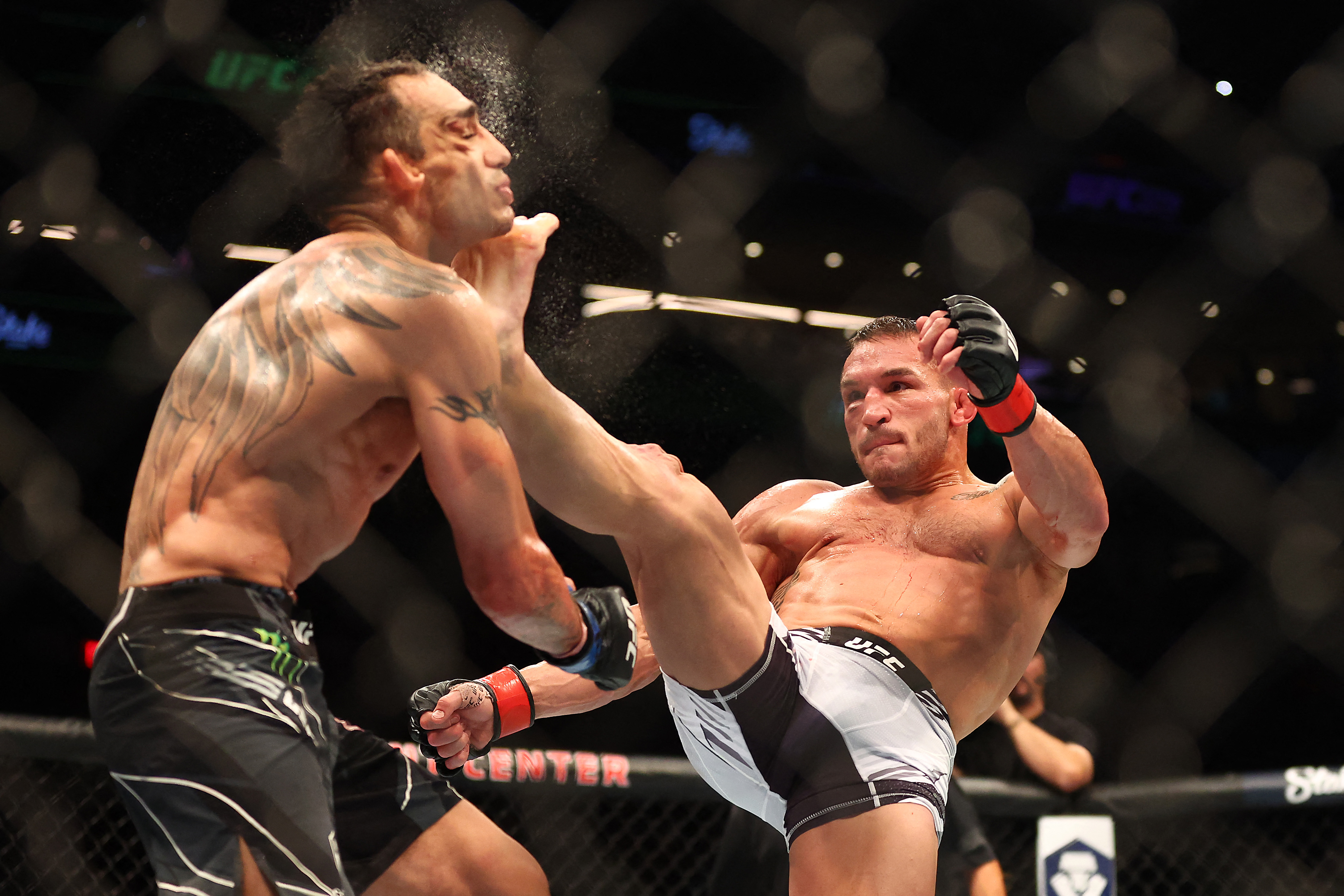 Submission specialist turned slick striker Oliveira was fired up from the get-go and immediately took the centre of the octagon.

He ate a trademark Gaethje low kick but responded with a picture-perfect right hand that wobbled the former interim lightweight champ.

But as Gaethje has so often done in the past, he cleared his head and returned fire.

A textbook uppercut floored Oliveira but Gaethje wisely chose not to follow him the Brazilian jiu-jitsu whizz to the ground. 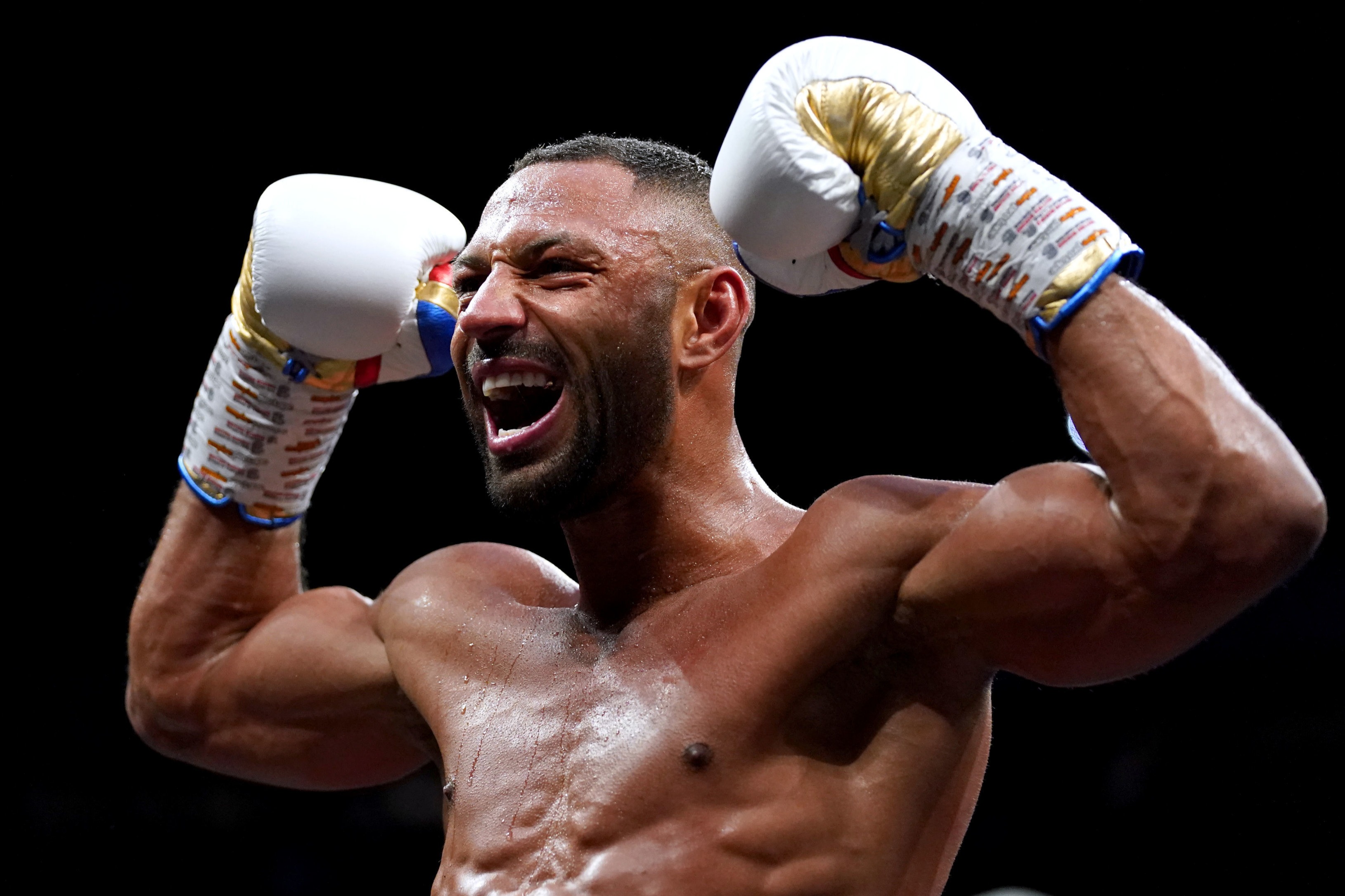 KELL OF A CAREER

Oliveira was floored again a few moments later courtesy of a left hook, although his fall to the canvas was delayed.

The Brazilian's bleach blonde hair was soon covered in his blood, but that didn't perturb him.

Gaethje, 33, briefly found himself in a hairy moment when Oliveira managed to pull guard but he managed to make his way back to his feet.

Just as he did in his previous fight against Dustin Poirier, Oliveira started to pressure Gaethje with a high guard.

That pressure set up a huge overhand right that sat Gaethje down.

Oliveira sensed the Highlight was badly hurt and looked to cinch in a triangle choke – the same one Nurmagomedov submitted Gaethje with nearly two years ago.

The badly dazed Gaethje managed to defend the submission attempt but gave up his back during the transition.

And the ruthless and imperious Oliveira didn't waste the golden opportunity, sinking in a sickening rear-naked choke and shutting the lights out on Gaethje's dream of winning UFC gold.