UFC heavyweight Augusto Sakai was left with a horror gash on his face following his knockout defeat to Alistair Overeem at the weekend.

It was the Brazilian's first loss since May 2017, with his 40-year-old 66-fight veteran opponent winning via TKO in the fifth round in Las Vegas. 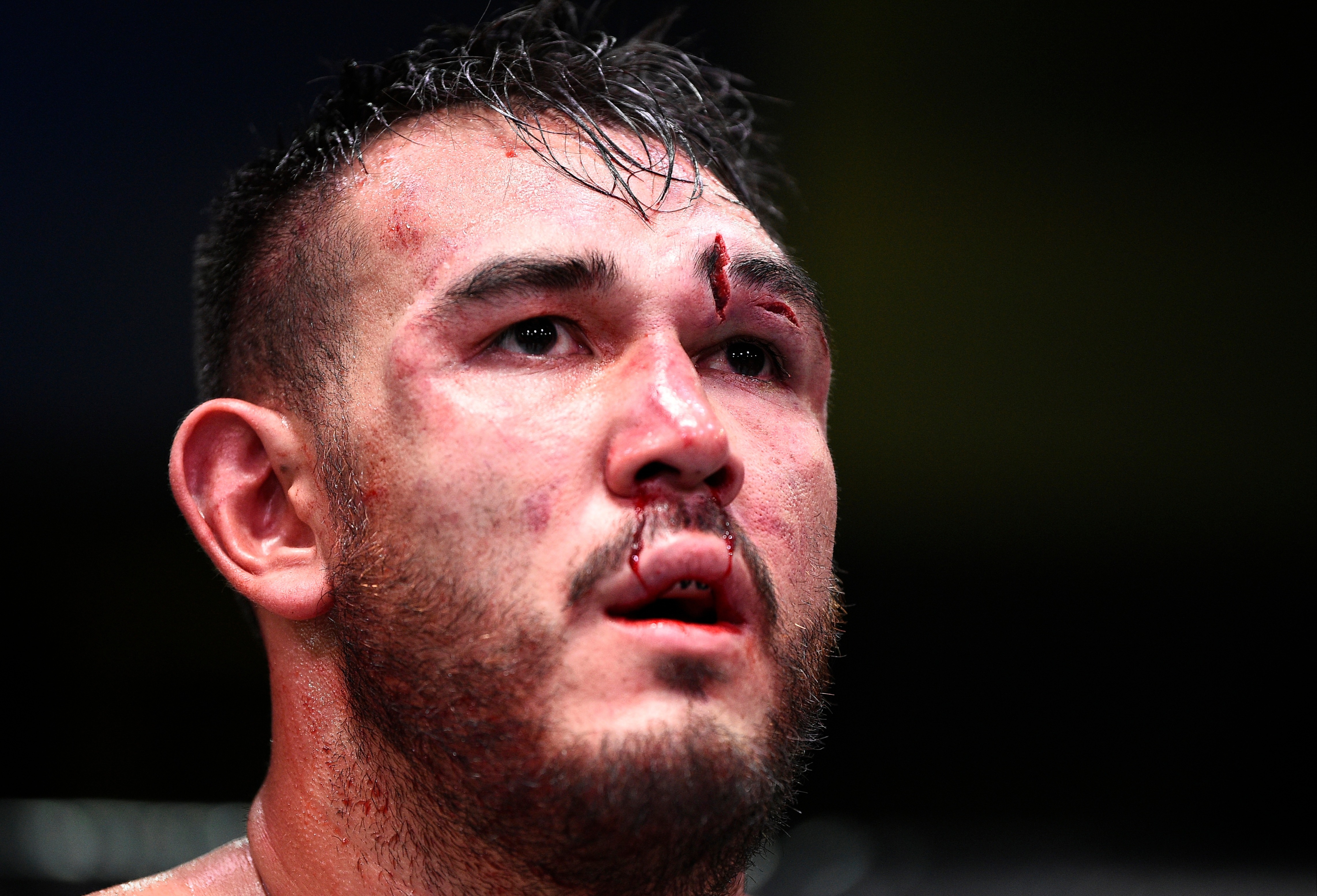 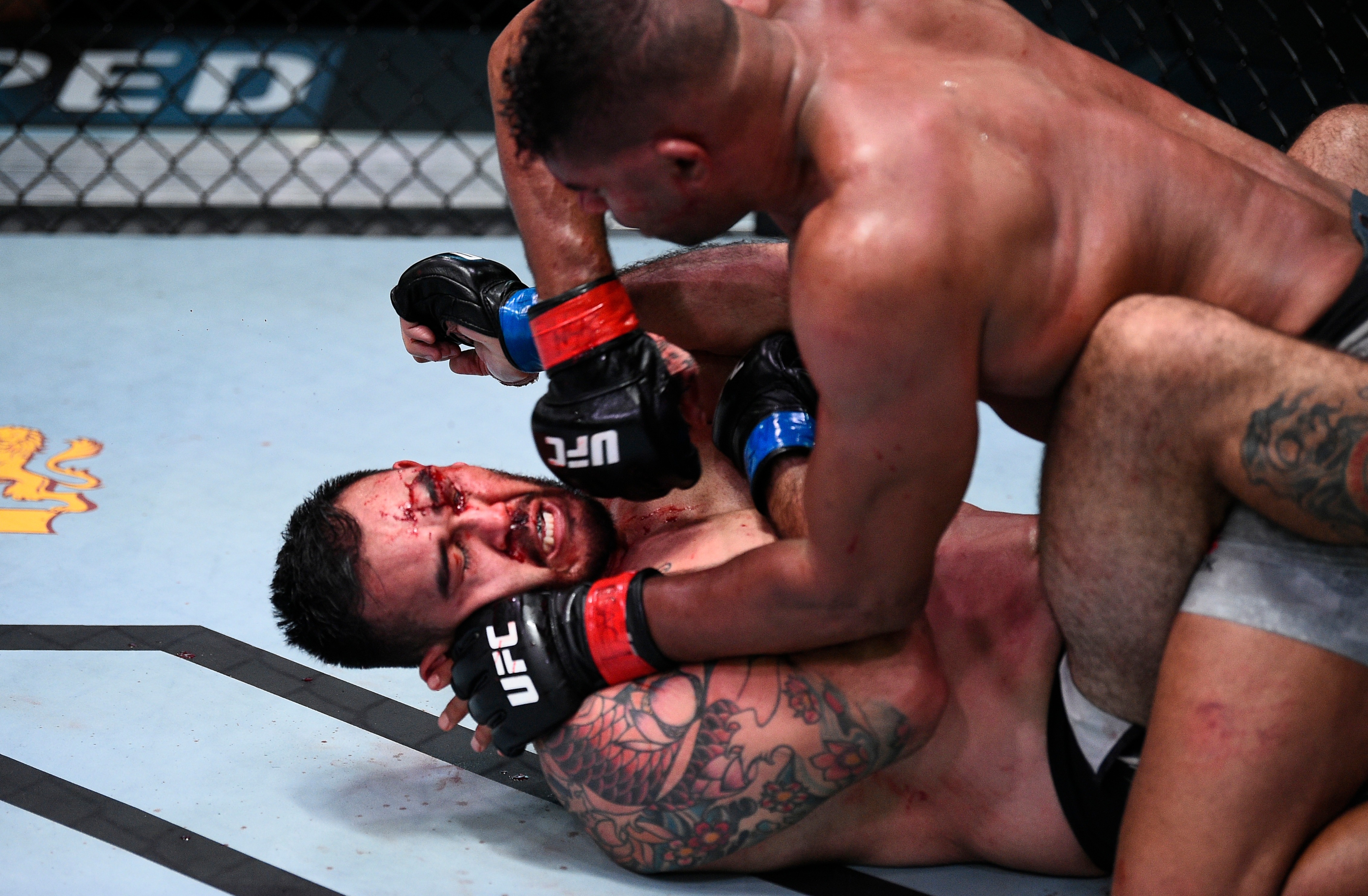 Overeem unleashed a brutal ground and pound attack in the final round of their bout as he continued to work on the huge cut by Sakai's left eye.

With Sakai being bombarded by vicious elbow strikes, referee Herb Dean jumped in to stop the contest and save the 29-year-old from receiving further punishment.

Speaking after the fight, Overeem said: "Augusto is a tough guy, and an up-and-comer. We kind of knew that he’d take the punishment.

Fans were quick to comment on Sakai's nasty cut, as one tweeted: "That Sakai is an Ogar, one of the most aggressive viscous fighters I've seen.

"And he can take a beating I rekon (sic) it didn't matter how many times Overeem would of hit him, its just that cut was turning into a stab wound."

Speaking of Overeem's finish, another said: "Quite smart, opening the cut on Sakai’s eye way more by chopping it and his face was p****** afterwards."

Giving their thoughts on the stoppage, one added: "I can empathise with Sakai but honestly the fight could've been called from his eyebrow cut."

One then messaged: "Alistair almost elbowed Sakai's eye out of his socket."

Overeem has set his sights on challenging for the UFC heavyweight title once again, having come up short against Stipe Miocic in 2016.