Last week, UFC chief Dana White announced the Russian had permanently closed the door on making a return to the octagon. 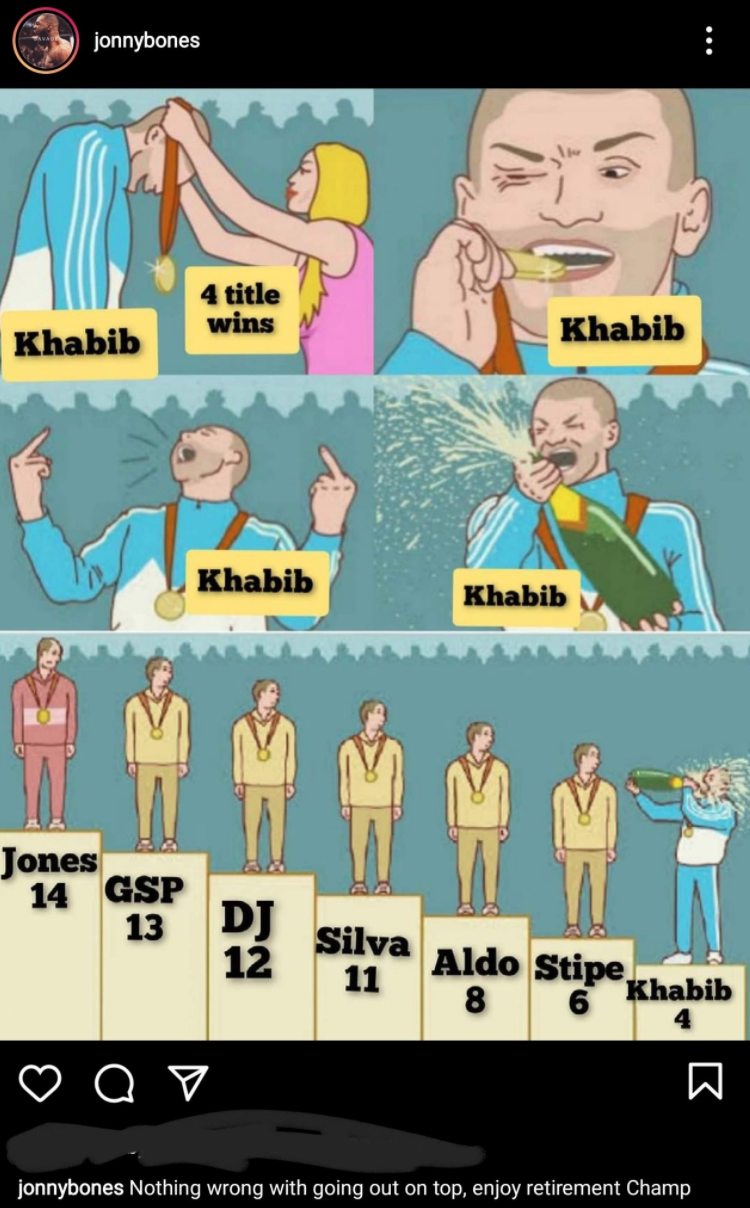 The news reignited the greatest-of-all-time debate, with some fans claiming the accolade should belong to the undefeated Nurmagomedov.

That notion amused Jones, who posted a meme mocking the pride of Dagestan's four wins in UFC title fights compared to his 15.

Alongside the since-deleted Instagram snap, Jones wrote: "Nothing wrong with going out on top, enjoy retirement kid."

Jones, 33, had previously taken umbrage at Nurmagomedov being at the top of the pound-for-pound rankings.

Two days after Nurmagomedov announced his retirement at UFC 254, Jones said: “I’m talking to all you Khabib fans out there.

"15 world titles to your guy’s four and you are really talking about who is the best fighter ever?

“The only guy who could possibly come back and challenge my record of what I’ve done in the UFC is possibly Georges St Pierre.

"He would have to come back and win two championship fights to tie me and I’m not even retired yet.

“I’m 33 years old. I’ve got a whole another chapter to go through. You guys are nuts. 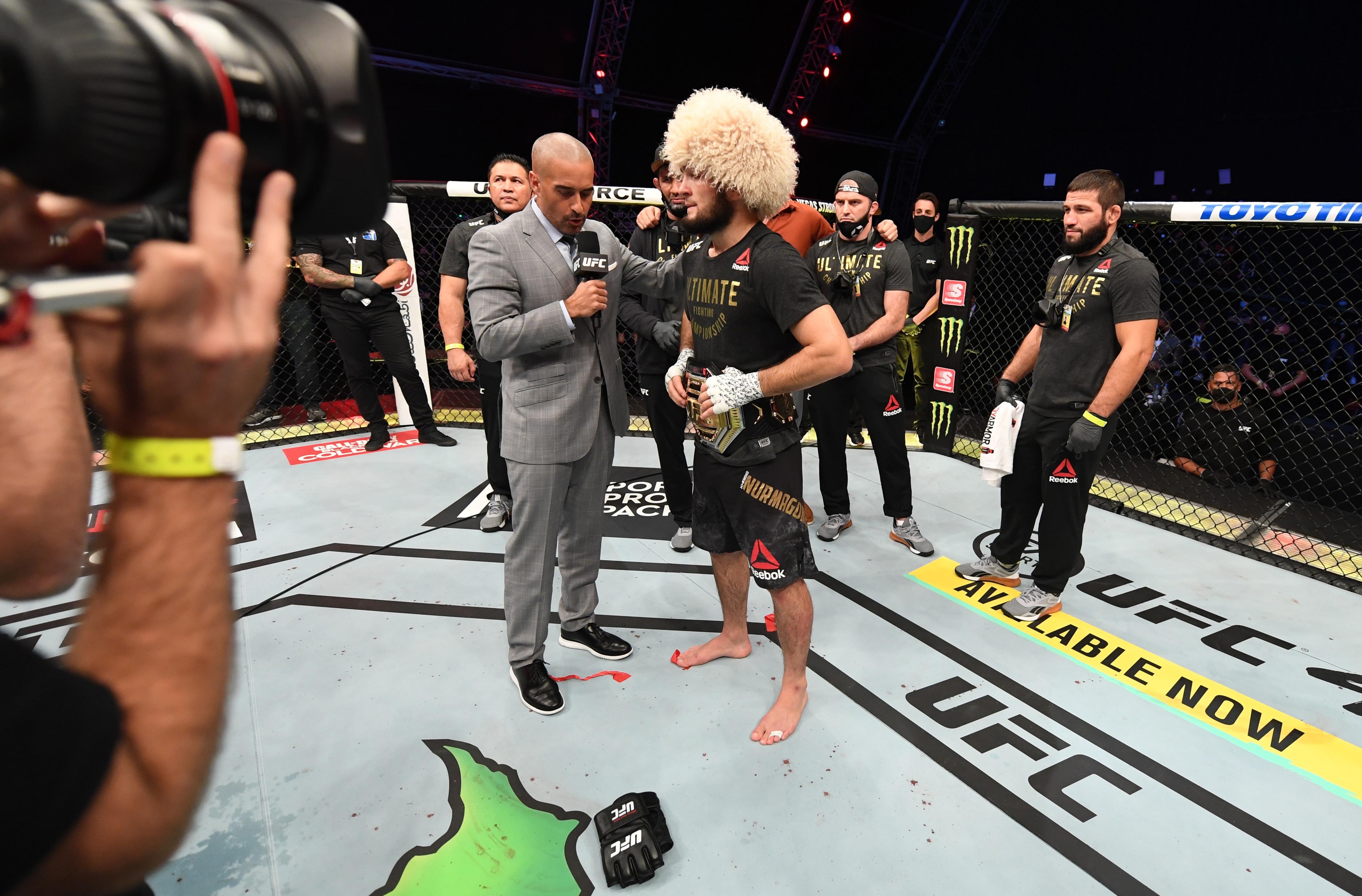 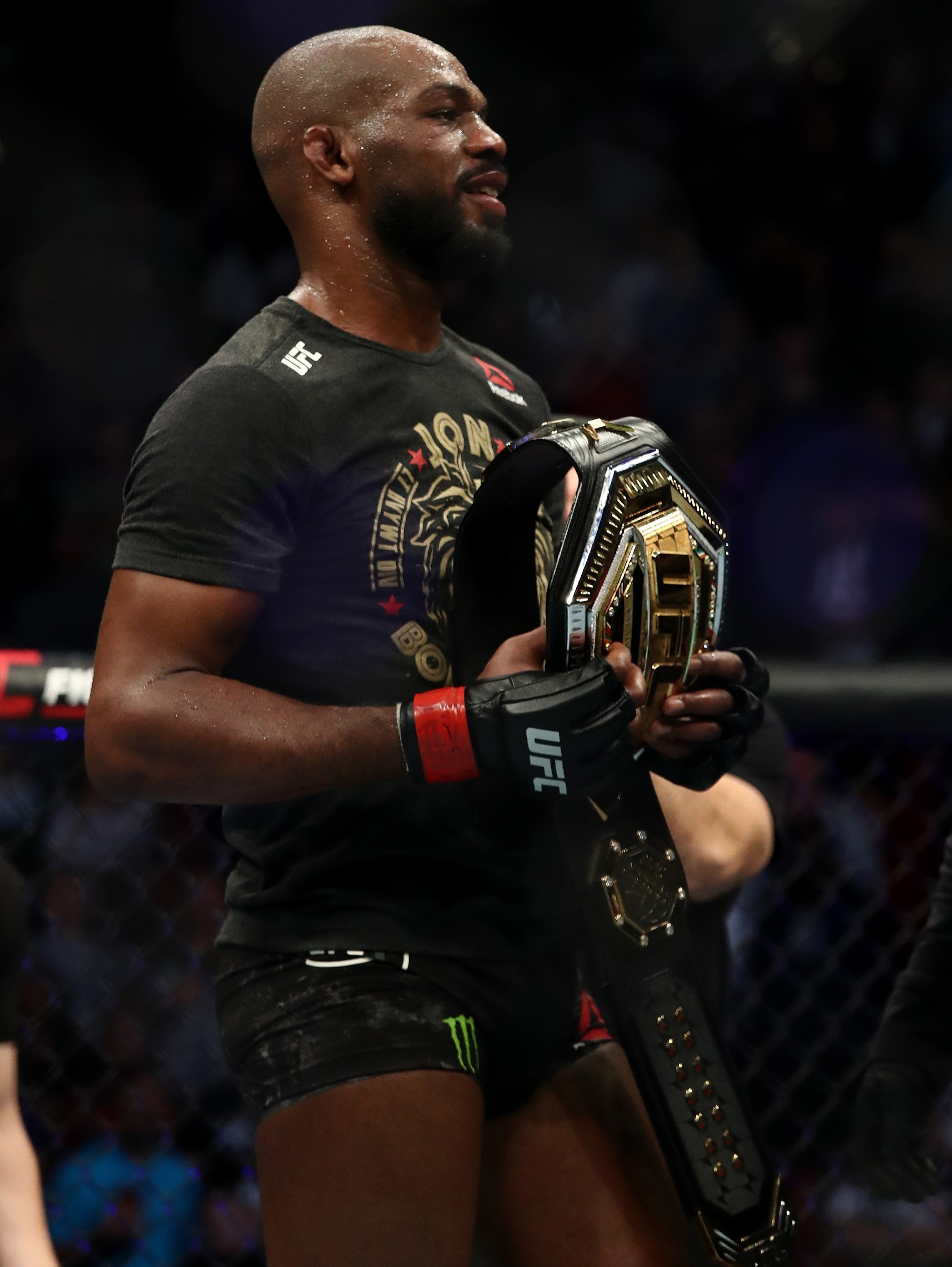 "I love you guys so much. I hope you have a great day.

“15 world championships to four and all you guys are going with is the more dominant argument, the guy just started fighting at elite level competition.

"Can you imagine me against the number 10th ranked guy?”

Following confirmation of Nurmagomedov's retirement, the UFC have returned Jones to the summit of the pound-for-pound rankings.