ANDRIY SHEVCHENKO'S son is training at Chelsea's youth academy – and could qualify to represent England through his residency status.

Kristian Shevchenko turned 14 in November and is the second of the former Blues striker's four sons. 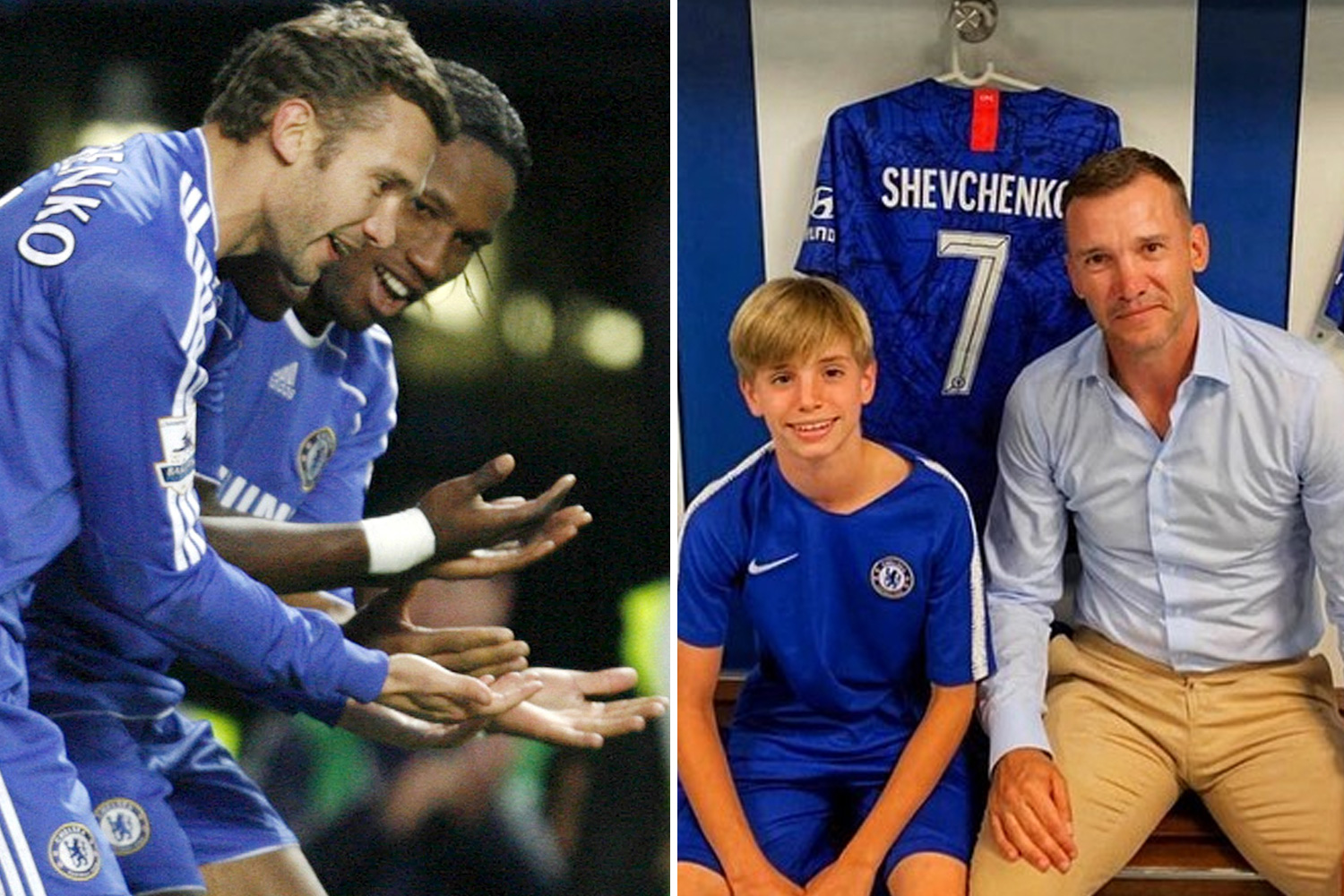 He was born and raised in London, making him potentially eligible to play for the Three Lions as a UK passport holder.

But he'll be supporting Ukraine – managed by dad Andriy – for the Saturday night's Euro 2020 quarter-final clash in Rome.

Shevchenko scored Chelsea's opening goal in a 4-0 win against Watford in 2006 – just his second Stamford Bridge goal following his £30m move from AC Milan – the day after his son's birth.

He and team-mates Frank Lampard, Ashley Cole and Didier Drogba marked the goal with a 'rock the baby' celebration.

And last year, Shevchenko confirmed his son was playing for the Blues youngsters, saying: "My second son is training at Chelsea academy.

"This is a very good school, which brought up more than a dozen players of excellent level."

Kristian would also qualify to play internationally for Ukraine and likely the USA and Poland via his mother's citizenship – Shevchenko's wife is Polish-American model Kristen Pazik.

Asked which national team he would like his son to represent in the future, the 44-year-old said: "I would like to face such a choice. I'd love to. If there is to be such a choice, then we will talk."

The ex-Ukraine international-turned-boss, who scored 48 goals in 111 games for his country between 1995-2012, is their all-time top scorer and was appointed manager in 2016.

He failed to lead them to the 2018 World Cup in Russia after the team were knocked out in qualifying by eventual runners-up Croatia.

The former AC Milan striker famously struggled to adapt to life in the Premier League after leaving San Siro for Chelsea, scoring only 23 goals for the Blues during his two-season stay.

Asked whether he believed the move to West London had been a mistake, he said: "In no way. I’m not even going to discuss that. I do not tidy up the past. Everything is as it should have happened, so it happened.

"I have been living in London for the past 13 years. My family is there, it’s convenient there, plus I wanted my children to go to school there."