It was two years ago on a Brisbane pool deck that Leigh Russell realised Australian swimming had a women problem.

The trials for the world championships had just been swum and Russell, a year into her job as chief executive of Swimming Australia, was there to congratulate the athletes and coaches selected for the national team.

One by one, she shook the hands of 15 coaches, all of them men. “I turned around to someone and said ‘where are the women?’,” Russell recalls. “This person said to me, ‘it’s about merit’.” 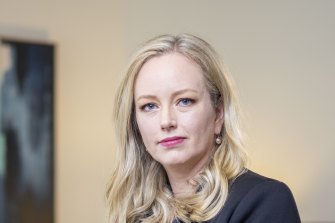 On another pool deck in Adelaide on Thursday night, when the athletes and coaches were announced for the Tokyo Olympics, some faces had changed but one thing hadn’t. Women make up half the swim team but come these Games, like the last Games, they will be coached exclusively by men.

Russell says while this week was swimming’s turn to squirm beneath a harsh gender lens, the problem extends well beyond the lane ropes.

“I see swimming as a symptom, not the disease,” Russell, who left Swimming Australia at the end of last year, tells The Age and The Sydney Morning Herald. “When we say sport is for all, they are hollow words until we look at the uncomfortable truth of our sporting system.”

That truth, according to Russell, former Sport Australia chief executive Kate Palmer and former sex discrimination commissioner Elizabeth Broderick, is that male domination is so entrenched and pervasive in Australian sport, outside intervention is required to rebuild its cultural integrity.

Broderick says she was shocked by the stories of women who worked in high-performance sport. Palmer and Russell say two things are needed.

First, they argue there must be an independent examination of the high-performance culture of Australian sport and the limits on the participation and meaningful inclusion of women as athletes, administrators and coaches.

Second, they want the federal government to establish a statutory office for women in sport to which all sports receiving government funds would be required to report annually on what they are doing to improve gender diversity and inclusion within their organisations.

With Brisbane to be confirmed next month as the host city for the 2032 Olympics, they see a once-in-a-generation opportunity for Australian sport to use some of the additional government investment that will flow into sport to make it a healthier environment for women.

“We fund sport because of its intrinsic value to people’s lives and yet we are not listening to people who have been harmed by the current system,” Russell says.

“Yes, we need better coaching education and better systems to support coaches but we need a revolution in how we think about what we do. We have got so much unconscious bias in the system.” 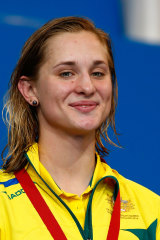 The absence of female coaches on the Australian swim team is a case in point. The coaches are selected depending on the performance of their swimmers. Yet, in the traditional hierarchy of swim clubs, where much of the lower-level coaching is done by women, the best swimmers are placed into the high-performance squads of head coaches who are almost always men.

“Merit assumes that everyone starts on an equal playing field and we know that is not the case,” Russell says. “Merit is an excuse dressed up as a reason.”

The Groves post did not carry specific allegations. Yet, for women who have swum at a high level in Australia, the references to body shaming and misogyny are as easy to follow as a black line on the bottom of a pool.

Four-time Olympian Leisel Jones, in her autobiography Body Lengths, describes what it was like to have her teenage body objectified — in a sporting sense — by the men who coached her.

She writes of the humiliation of weigh-ins and skin-fold tests conducted on the pool deck. When Jones was training at the Queensland Academy of Sport, the coaches called out a thinly veiled numerical code for anyone judged to be overweight. It was 6:1:20; F:A:T.

“Whenever I have to stand on the pool deck in my togs, listening to my body being discussed like it’s an engine and not the arms, legs, thighs and stomach of a teenage girl, I am self-conscious and miserable,″⁣ she writes. “I think I am just too fat. 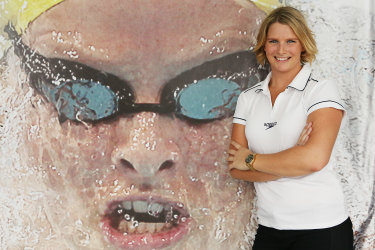 Olympic champion Leisel Jones wrote of her humiliation at being fat shamed by coaches during her swimming career.Credit:Chris Hyde

“We were always getting weighed in, always being judged. We were actively encouraged to skip meals to lose weight. It is irresponsible and terribly damaging. And it’s a quick way to screw up a teenage girl’s metabolism, to say nothing about the state of her head.″⁣

Jones writes of her depression and suicidal ideation at the peak of her swimming career.

That was 20 years ago. If we go back a bit further, to the 1988 Olympics, the body shaming was more overt. After the Australian swim team didn’t achieve the results it was expected to in Seoul, head coach Bill Sweetenham publicly took aim at the performance of two female athletes. In widely reported comments, he named a 17-year-old girl as “carrying an anchor on her bum” and another swimmer as carrying “two kilos of butter on hers”.

The Australian Institute of Sport and the agency which governs it, Sport Australia, acknowledge that sport still has problem. At the Rio Olympics, only 15 of 160 coaches were women. This ratio is unlikely to significantly improve in Tokyo.

Matti Clements and Alex Newton, both women, make up half of the AIS executive team that reports to chief executive Peter Conde. Clements is responsible for the organisation’s people, development and wellbeing while Newton holds the purse strings for strategy and investment. They say while the lack of female coaches in Olympic sport is a global issue, the AIS has a clear strategy to encourage greater diversity within coaching, particularly more women.

Clements says the priority now given to athlete welfare across all AIS-funded programs means our understanding of what makes a good coach is undergoing a seismic shift. This is being driven, in part, by athletes who are less tolerant of unhealthy training environments.

“Technical and tactical is one part of the coach’s role but there are all these other parts like leading a team, supporting one another and the interpersonal stuff like emotional intelligence and athlete wellbeing,” she says.

“It is not win at all costs. They want to have a great experience, they want to be better off as a result of having been in an Olympic or Paralympic program. If a coach can’t establish or provide a high functioning, healthy training environment, people will walk. They will not stay any more. The new era of athletes is different.”

Newton says this change is mirrored by a change in AIS response. Where the AIS for many years funded development courses for women in coaching and sports administration, it now acknowledges it is the system, not women, who need to change. After Tokyo, when the AIS announces its high-performance funding for the next Olympic cycle, it will adopt as one of its performance measures a matrix to assess whether sports programs have a healthy culture.

“I don’t want to be fixed,” says Newton who, prior to joining the AIS, was the only woman employed as a high-performance director across all Olympic sports in the UK. “I want to be in a system that is healthy and promotes females to the best they can be in the roles they want to be in.”

Russell, Palmer, Clements and Newton all want the same things for Australian sport. They are also in firm agreement that if Australia can remove the cultural and practical barriers to women in sport, it will have achieved something no other country has. Where they differ is on the capacity of the Australian sports system to force this change from within.

Broderick is not convinced that sport can make the necessary changes without outside intervention.

She is the founder of Champions of Change Sport, an offshoot of the corporate movement which encourages male chief executives to improve their workplaces for women. Two years ago, she conducted a series of confidential discussions with women employed in high-performance sport and was shocked at what she heard. 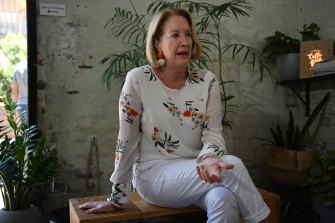 Former Sex Discrimination Commissioner Liz Broderick says she was shocked at the stories of women who work in high performance sport.Credit:Nick Moir

“I have been in so many male-dominated environments, and I have to say, the stories I was hearing, the tears and the fear of speaking out was absolutely palpable,” she says. “There is a depth of emotion and probably trauma among women who have worked in high performance.”

A recurring theme was that women in sport are unintentionally or, in some cases, deliberately excluded by men they are supposed to be working with. Broderick likens the cultural problems in sport to those in the Australian Defence Force.

Where the AIS is reluctant to adopt gender quotas, Broderick argues that a “temporary, special measure” is required to address the gender imbalance in leadership positions. “We need a measurable objective that we are shooting for and it has got to be better than 15 out of 160.″⁣