BRITISH star Emma Raducanu is set to pocket at least £900,000 from her epic US Open journey.

The 18-year-old faces Canada's Leylah Fernandez in the final on Saturday at Flushing Meadows after dispatching Greek world No18 Maria Sakkari 6-1 6-4. 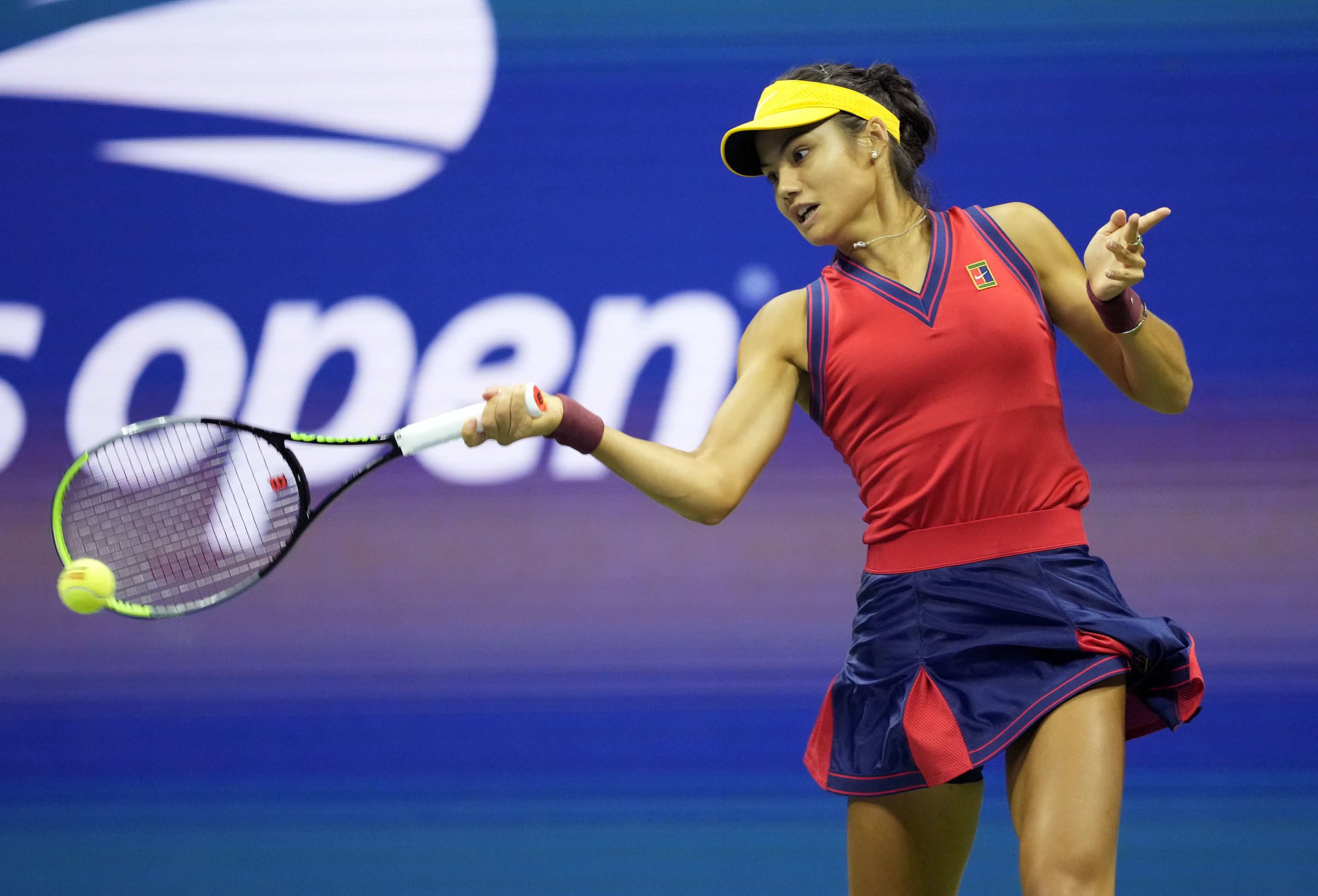 Kent native Raducanu has become the first British woman to reach a Grand Slam final since Virginia Wade at Wimbledon in 1977.

And she has become the first qualifier in history – male or female – to reach the showdown match in any of the four Major tournaments.

In doing so, she has guaranteed herself at least £902,000 in prize money, with the loser out of her and Fernandez, 19, taking home that sum.

But if she wins the US Open in just her second Major outing, she will pocket a whopping £1.8m.

Semi-finalists earn £487k, while crashing out in the quarter-finals will see those rake in £306k.

Reaching the fourth round will earn players £190k, with third round participants banking £130k.

Those that exit in the second round earn £83k, while losing in the opening round at the US Open will see you pocket £54k.

While the prize money Raducanu is set to bank is incredible – that will likely just be the start.

The teen star is being tipped to become the world's richest sportswoman and rake in over £100m.

Raducanu, who is yet to lose a set at the tournament so far, was almost left lost for words after reaching the final.

She said: "The time in New York has gone so quickly.

"I've been taking care of each day and three weeks later I'm in the final. I actually can't believe it."

Former British No1 Tim Henman has waxed lyrical over her semi-final performance, as he remarked: "If we just look at the way she came out and played, her quality of tennis from start to finish, she was so resilient. She never flinched.

"She never let up. It was relentless. And then you've got to throw in the scenario of being a qualifier, an 18-year-old, with all the legends who have ever played this game at Grand Slam level.

"She is the first person to qualify and reach the final. It's simply stunning.

"She deserves all the credit in the world. On the biggest stage in our sport at every opportunity she plays on her terms. It's incredible to watch.

"She'll need to enjoy this tonight and then get ready for Saturday."