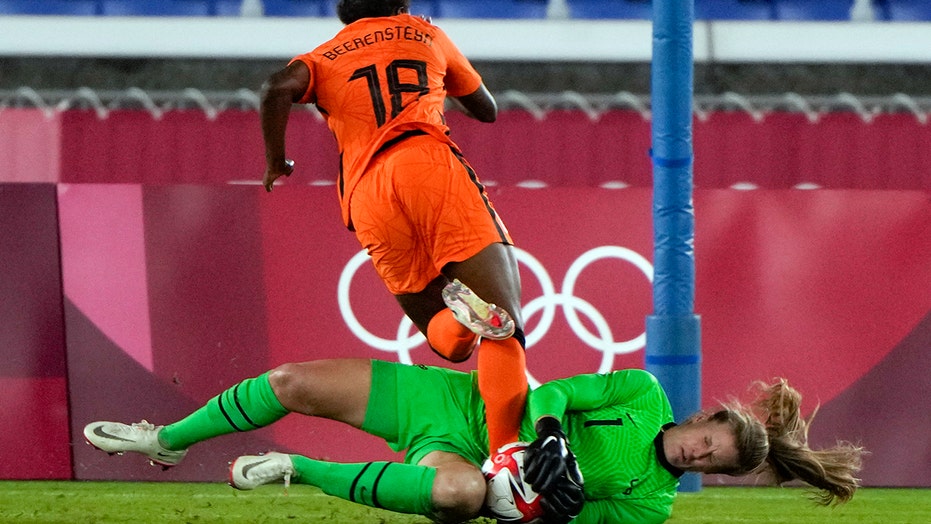 The U.S. women’s soccer team needed a penalty round and clutch goalkeeping from Alyssa Naeher to advance to the Tokyo Olympics semifinals on Friday night.

Megan Rapinoe grabbed the final penalty goal to defeat the Netherlands and advance to the next round. The U.S. won on penalties 4-2 after the game was tied 2-2 in regulation and extra time.

Naeher had three saves from the penalty spot, including one in the second half.

The Netherlands started off strong with Vivianne Miedema scoring a goal in the 18th minute of the match and would later score again in the 54th minute.

Sam Mewis tied the match on a header from an assist by Lynn Williams in the 28th minute. Williams would then put the Americans up three minutes later with a goal of her own.

Miedema’s goal in the second half tied the match. Lieke Martens would get a chance from the penalty spot to put the Dutch up in the 81st minute, but Naeher would block the shot.

The match would go into extra time, and the U.S. nearly got goals from Alex Morgan and Christen Press, but they were determined to be offside and the goals were reversed.

The match needed penalties and, on the Netherlands’ first try, Naeher blocked a shot. She saved one more shot and secured the victory.

The Americans would score on each of their penalties and Rapinoe would solidify the win with the last penalty goal.