ITALIAN side Palermo celebrated promotion back to Serie B in spectacular fashion.

Palmero ran out as winners of the two-legged play-off final against Padova for promotion to Italy's second division, sparking wild celebrations which included fireworks. 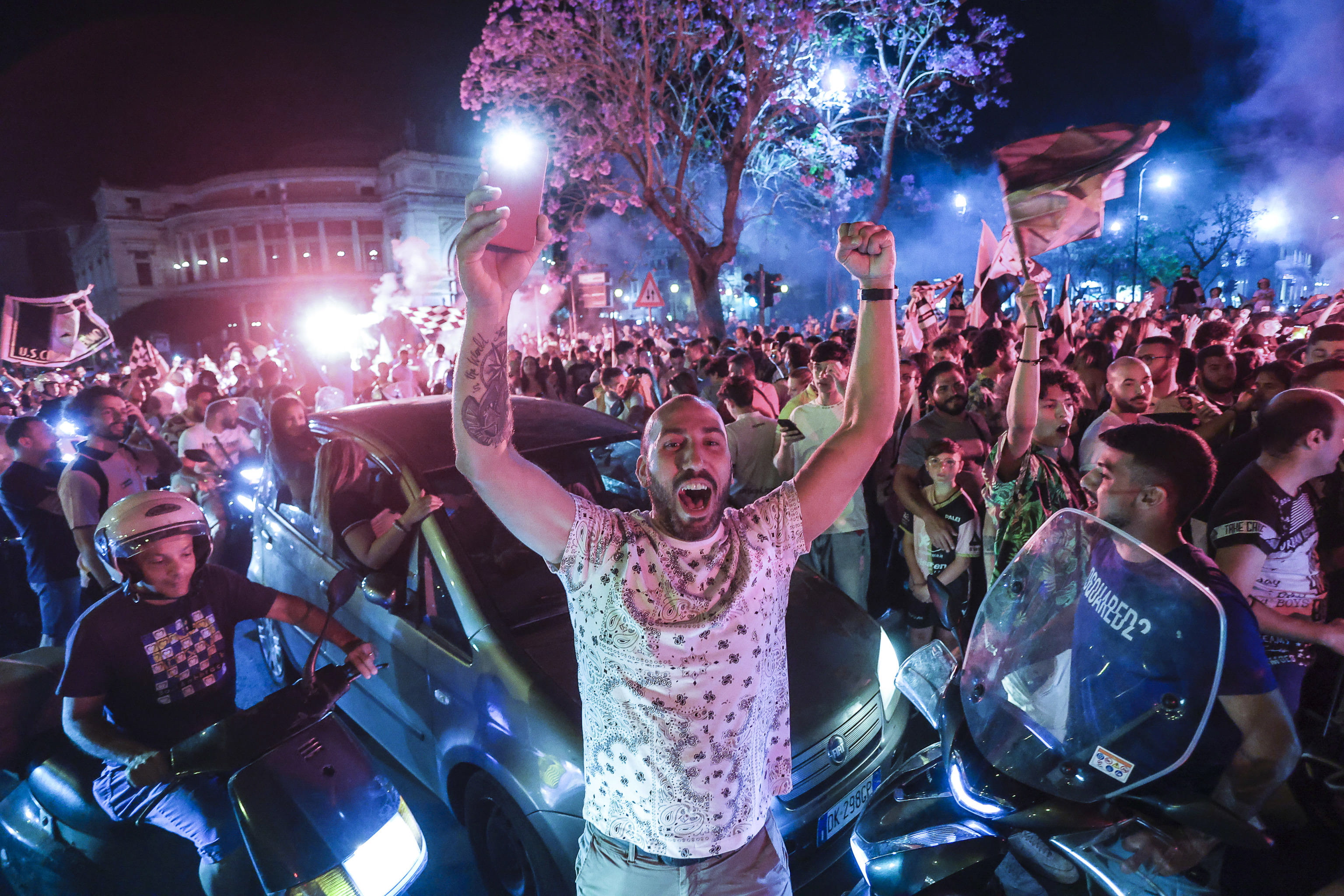 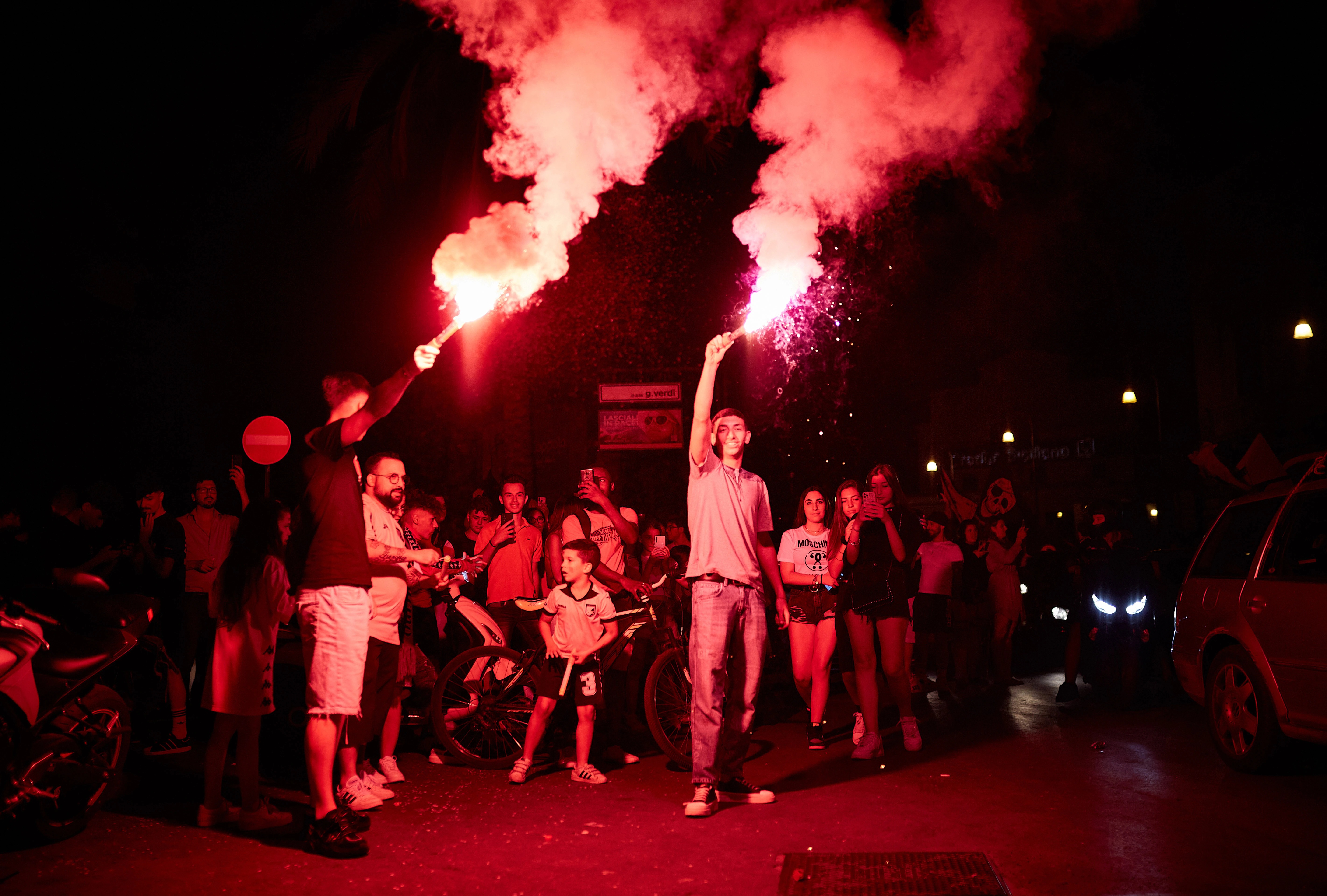 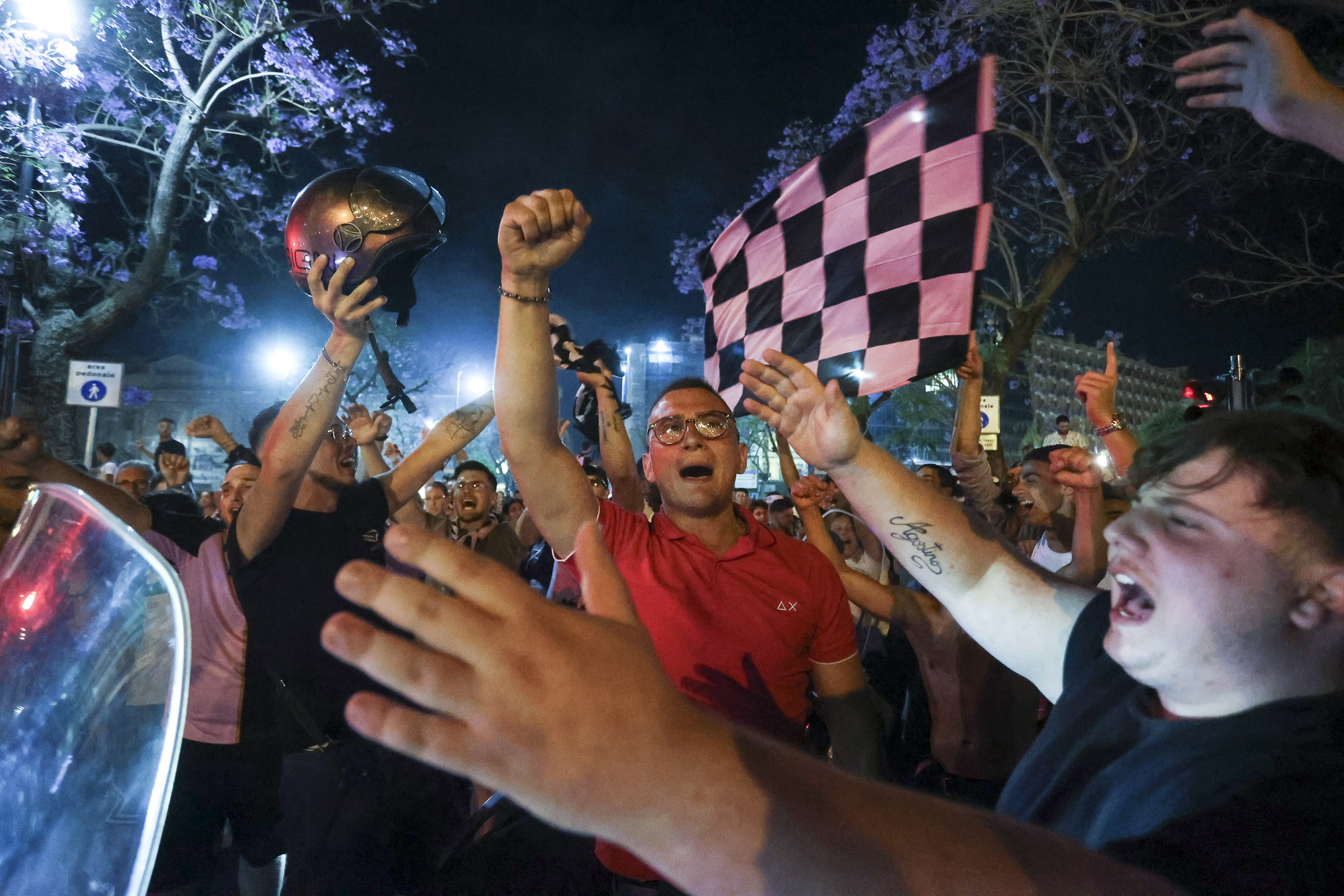 The Sicily-based club have faced a tough few years which has seen them drop all the way down into Serie D, mainly due to financial reasons.

Since the clubs relegation from Serie A in 2017 the ownership has changed hands on multiple occasions – including its sale for just £8.75 in 2018 to a 'London-based' company.

The club has seen sanctions and point deductions from the Italian FA and were nearly relegated from Serie B due to financial irregularities in 2019.

However, the club's dire situation came to a head when they submitted an invalid insurance policy for the 2019/20 Serie B season, forcing the Italian FA to exclude them from all professional leagues.

A month later the club were readmitted as a phoenix club into Serie D, and they won promotion to Serie C in their first season.

Back-to-back promotions were not to be though as they lost in the play-offs in first season in Serie C.

However, this season the club won promotion back to Serie B, which sparked the jubilant celebrations.

The Eagles beat Padova 1-0 in both games of their Serie C play-off final against them.

The club's trophy haul consists of five Serie B titles and a single Serie C title.

SoccerAid 2022: England team revealed with Neville and Carragher at the back

Their last Serie A stint saw them stay for just three seasons, while the one before saw them enjoy a nine-year stay in Italy's top flight.

The club have previously seen players such as former Manchester United star Edinson Cavani and Tottenham-linked Paulo Dybala play for them.