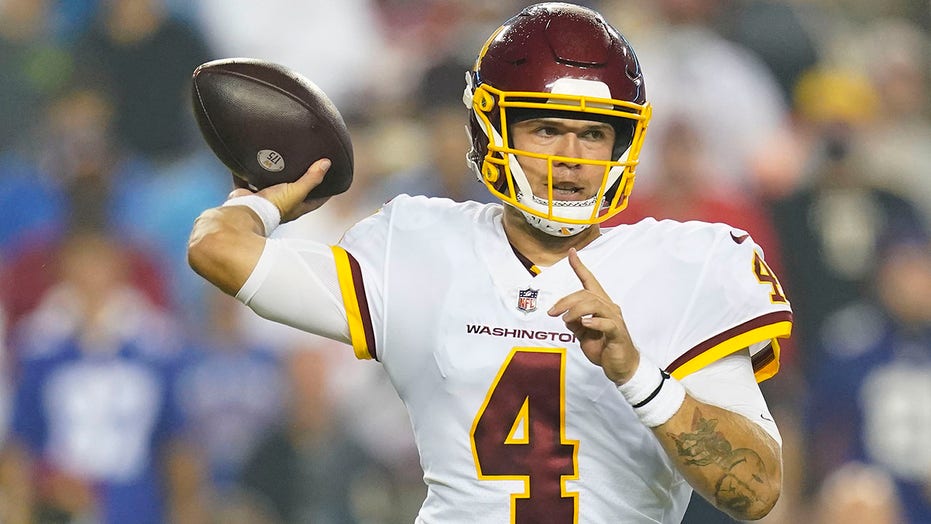 Taylor Heinicke was thrust into his second career regular-season start Thursday night for the Washington Football Team filling in for Ryan Fitzpatrick.

He made some key plays in the fourth quarter of the 30-29 win over the New York Giants, including a two-play drive that ended in a touchdown pass to Ricky Seals-Jones. Even after a late turnover, Heinicke managed to get Washington in position for Dustin Hopkins’ final field goal tries.

He finished 34-for-46 with 336 passing yards, two touchdowns and an interception. He told reporters after the win he felt like he did enough to be the starting quarterback moving forward.

“I do, and I have confidence that I can do it,” he told NFL Network’s Michael Irvin after the game. “So if those guys in the locker room and the facility believe in me, that’s all that matters, and I believe they do.”

Heinicke admitted even as a backup he was preparing to be the starter. His role got larger last season when he was put into a playoff game against the Tampa By Buccaneers and nearly knocked the eventual Super Bowl champs off the mantel before they even had a chance to try for the Lombardi Trophy.

“It was very gutty,” Rivera said, via NBC Sports Washington. “The thing that was real impressive about him was the way he bounced back after the turnover.”

Heinicke is going to be in the driver’s seat for the next few weeks and will have ample time to prove himself. Fitzpatrick is reportedly set to be sidelined for at least eight weeks while recovering from the hip injury.