FORMER Tottenham star Shayon Harrison went viral this week after catching a beer thrown at him from the crowd – and chugging it.

The English forward, 22, now at Dutch club Almere City, put his side ahead at home to Go Ahead Eagles in their last match. 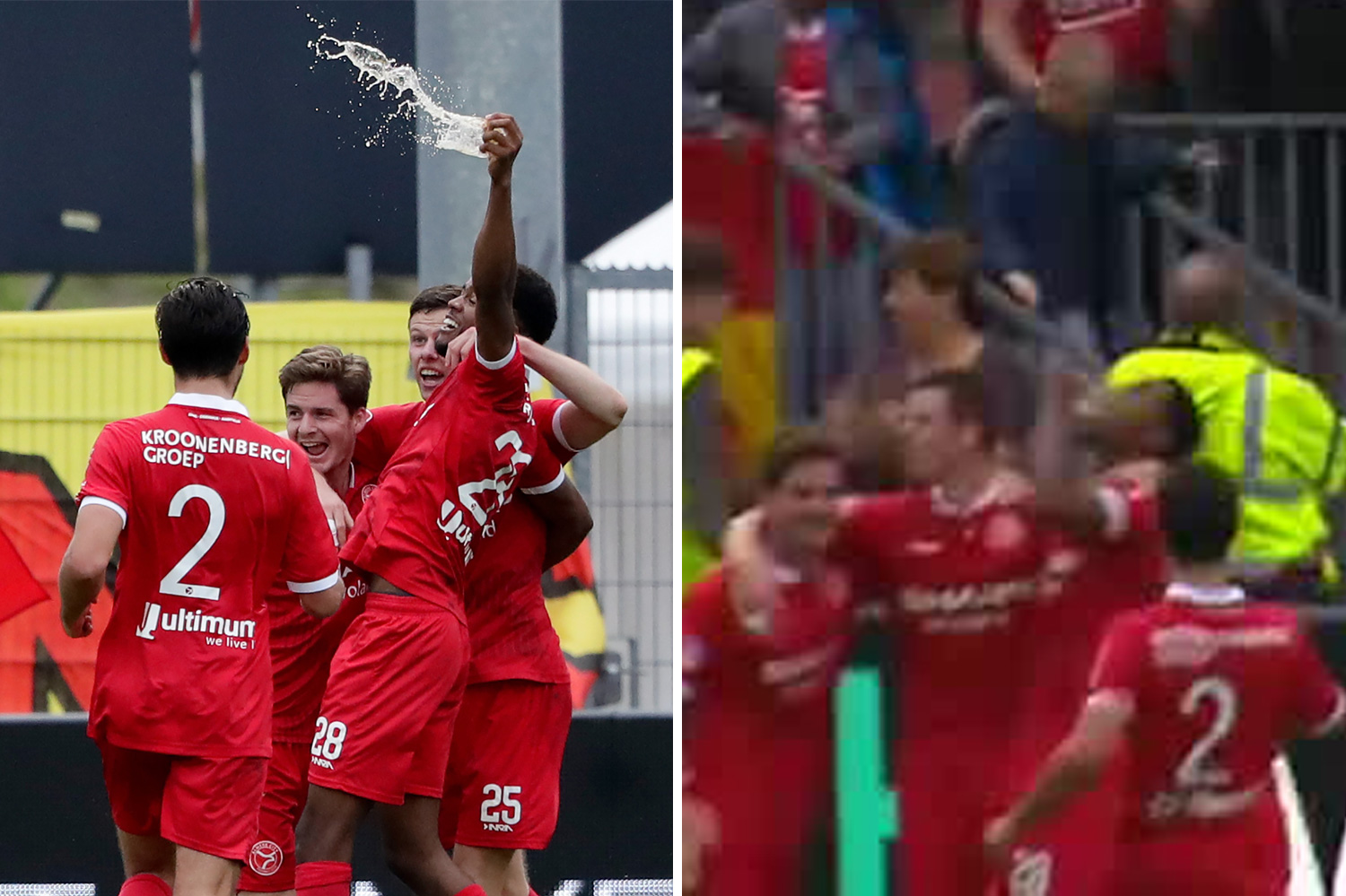 As he darted over to his team-mates to celebrate, a fan threw a whole pint of beer at his head.

Showing off some epic goalkeeping skills, Harrison spotted it, expertly caught it – and downed it like a champion.

After necking the beer, he chucked the plastic cup off the pitch and got on with the match.

Unfortunately for Almere City, in the second tier of Dutch football, they couldn't cling on to win against the ten-man Eagles.

Richard van der Venne scored in the 79th-minute to salvage a point – with Almere now seventh in the table, two points above Go Ahead Eagles.

It took the shine off the day for Harrison, who scored his sixth goal in his last seven games in the draw.

The former Tottenham academy star is the second-top scorer in the league, behind only Cambuur's Robert Muhren.

Harrison first joined Spurs in 2013, graduating to the senior squad in 2016 – going on to make one appearance, in the League Cup.

On why he left North London, Harrison revealed it was a "no-brainer", saying: “It’s a big challenge for me coming so far away from home.

"I know the A-League is a very physical league, so I’m really excited to play men’s football.

“I think that’s the next step for me and I’m really excited.

“It was kind of a no-brainer for me, I just wanted to get the deal done and I know it’ll be a big challenge because I live so far away.”