A FRENCH referee cupped his hand to his ear and goaded fans during a heated Coupe de France clash at the weekend.

Whistler Jerome Miguelgorry was the man in the middle as Ligue 1 outfit RC Lens travelled to fifth-tier Stade Poitevin. 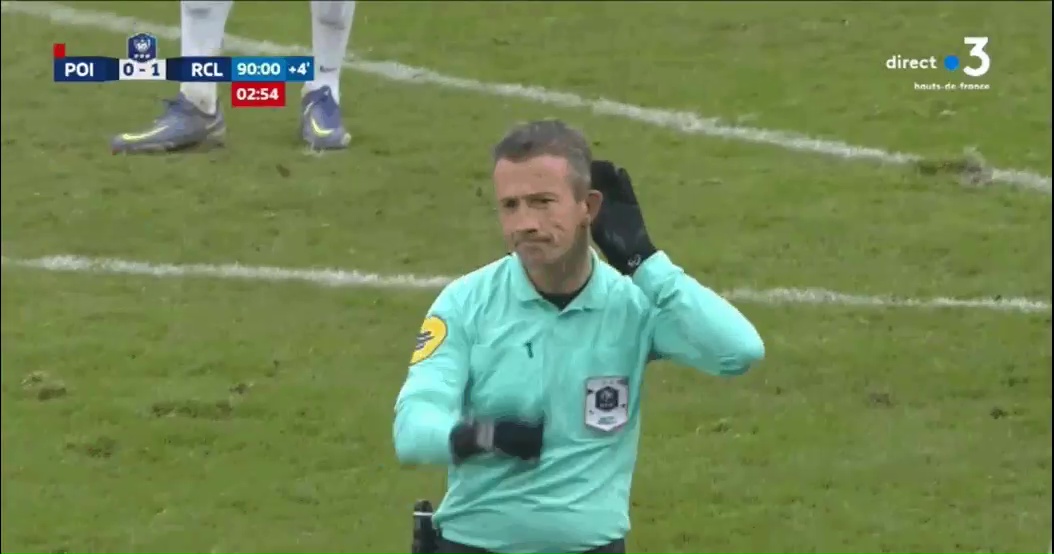 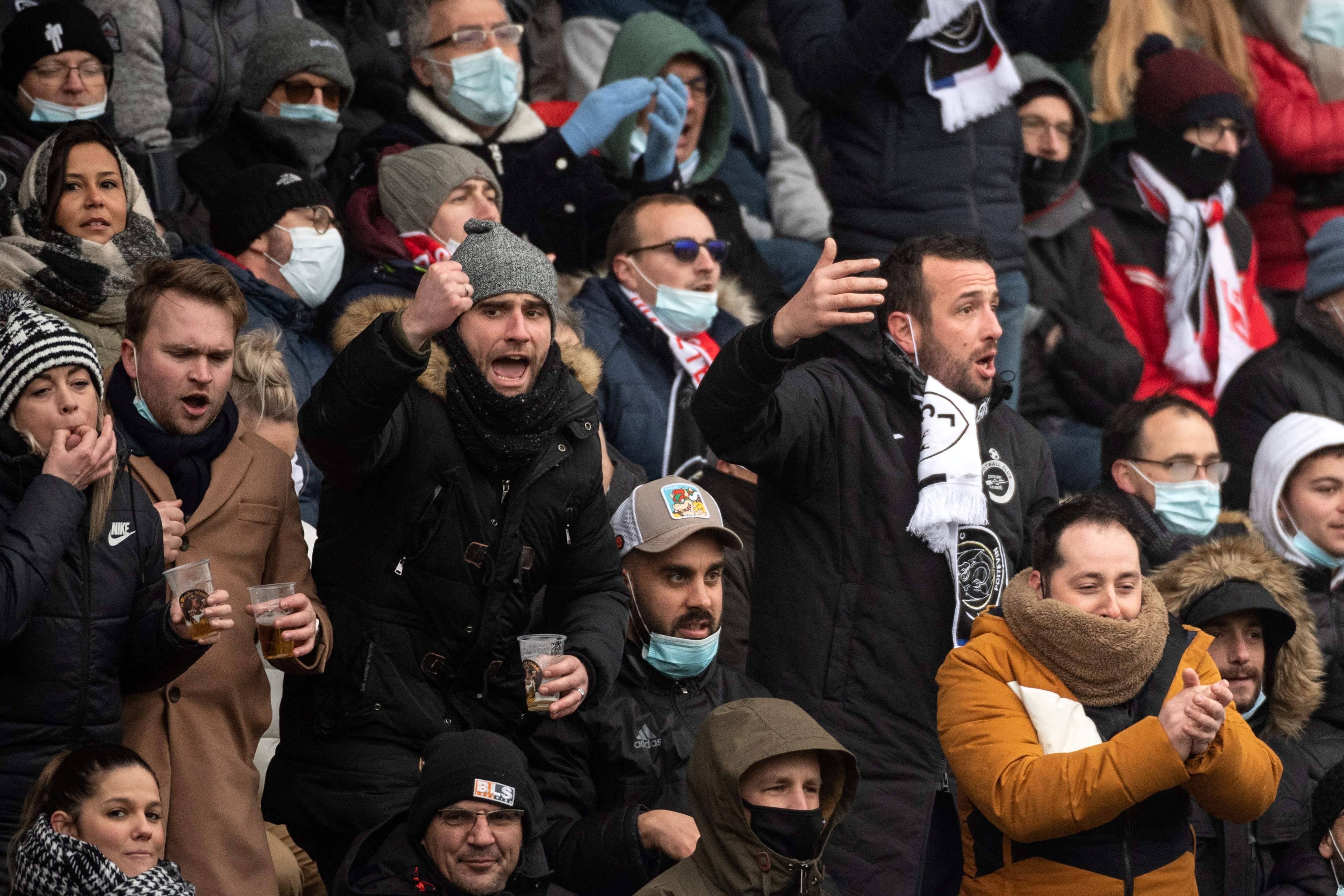 He left home fans fuming when he decided to award a first-half red card to Cesar Neto for a high tackle.

As the game wore on ten-man Stade Poitevin stayed in the contest, but would become even more irked by the referee.

Miguelgorry, 45, kept giving free-kicks against them and by stoppage time, some supporters had reached breaking point.

Poitevin goalkeeper Paul Cattier sparked a scuffle between opposition players when he kicked out at Lens ace Christopher Wooh after being fouled by the defender.

To home fans' fury Miguelgorry responded by awarding a free-kick against Cattier.

This prompted chants of 'f*** the referee' in French to rain down on the official.

Miguelgorry, who normally officiates in Ligue 2, responded by cupping his gloved hand to his ear and goading the already irate stands.

He then motioned with his other hand for the crowd to chant louder.

Lens went on to win the clash 1-0, booking their place in the next round.

They will face Ligue 1 champions Lille next time out.

And it's probably safe to say that second-tier official Miguelgorry won't be getting the assignment.

Although fans online enjoyed his performance this time around.

Writing in French on social media, one wrote: "I find that funny ! We allow players to do the same. The referees are still human, so I'm not offended."

Another added: "Completely normal gesture. If there was better respect for the referee already, that wouldn't happen. Now the referee has become the man on whom everyone lets their nerves go." 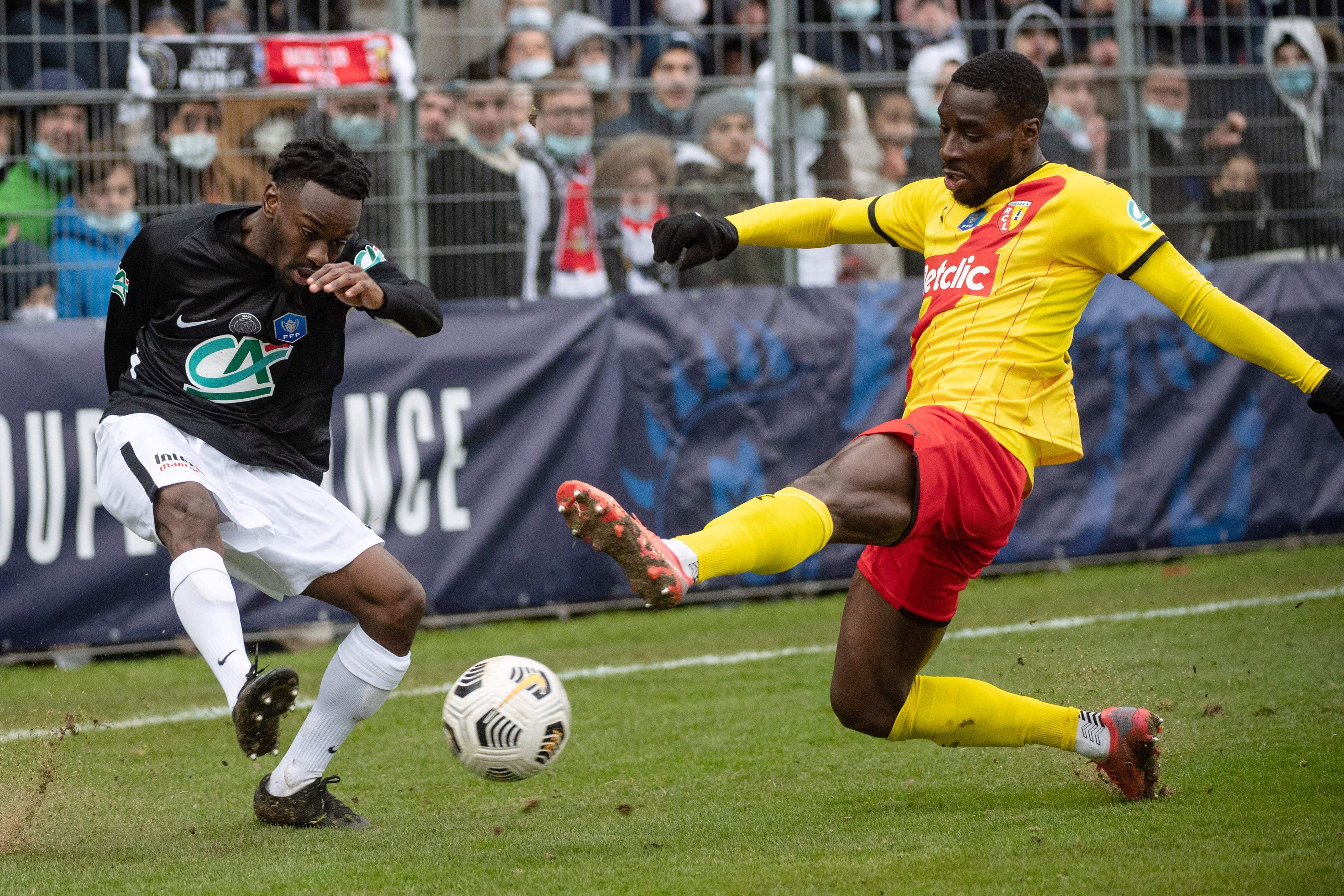