CANELO ALVAREZ looks a cut above – as he takes on a towering heavyweight in training. 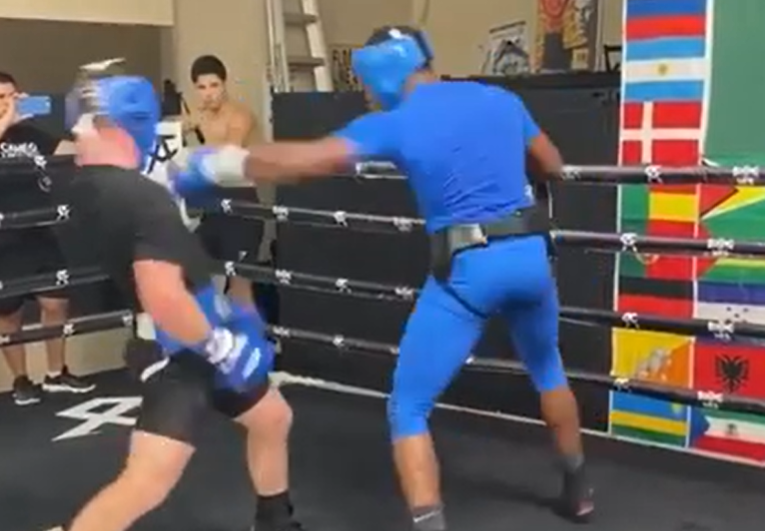 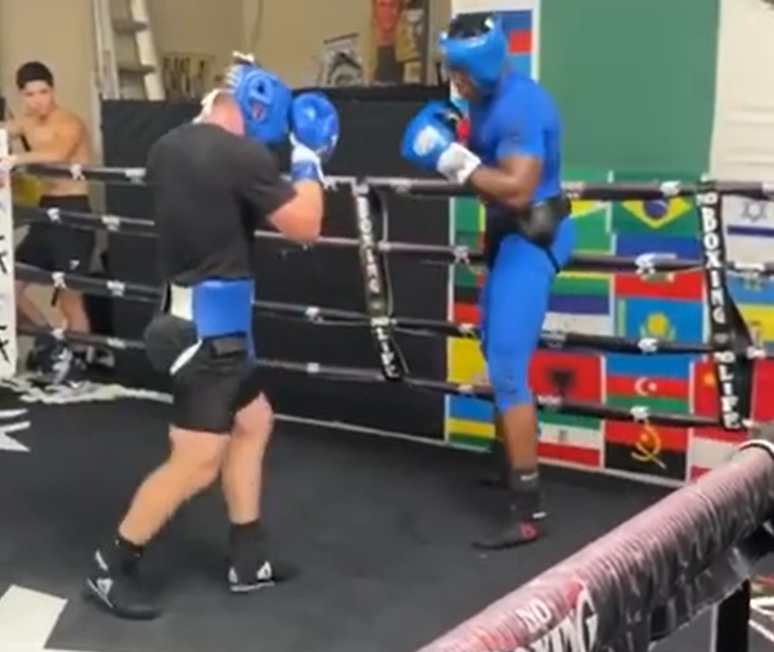 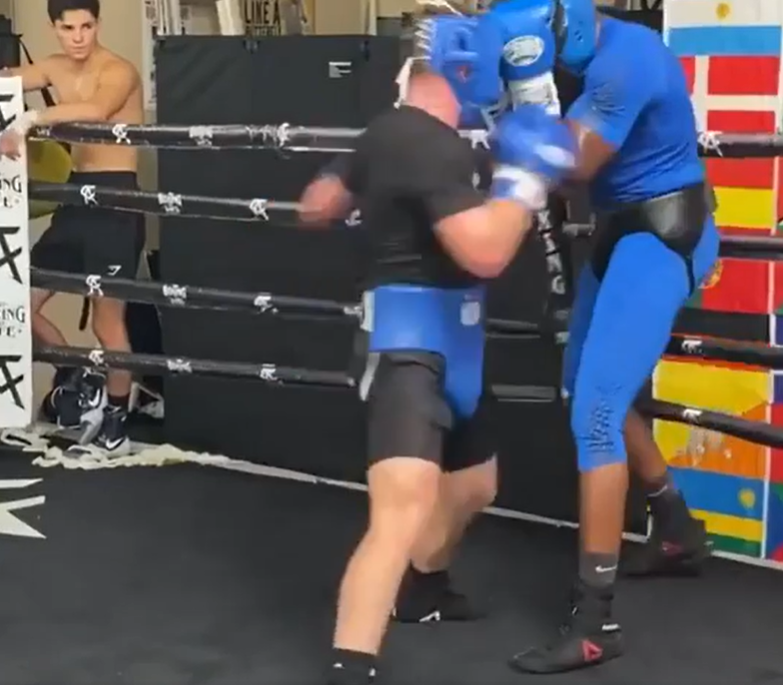 But Alvarez – who recently revealed his shredded six pack – dodged it just in time during their sparring session.

The gulf in size between the two boxers was clear to see, with 5ft 9in Alvarez totally dwarfed by 6ft 4in Sanchez.

But the WBA champ came back with a sharp right-left of his own in the match up that looked a little like David Haye's memorable win over gargantuan Nikolai Valuev in 2009.

Canelo is keeping fit but it is unclear when he will next fight.

It emerged just last month that Canelo had filed a lawsuit against his broadcaster Dazn and promoter Oscar De La Hoya.

Canelo signed an 11-fight £280million contract in 2018 – lauded as the richest in sport – but alleges a breach of contract just three fights in.

It was alleged that Dazn attempted to cut the cash guarantee he had for fights because they were not happy with the level of his opponents.

The deal said Canelo had to fight a 'premium' opponent at least once a year, but that there was confusion over what constituted a 'premium' fighter.

In the 24-page document, Alvarez announced his intention to sue for breach of contract, intentional and negligent interference with a contract, fraud and breach of fiduciary duty.

Canelo has not fought since moving up to light-heavyweight in November, where he knocked out Sergey Kovalev.

But he was recently called out by Brit star Chris Eubank Jr.