The Portuguese superstar appeared to kick out at the ex-Chelsea man's ankles during training. 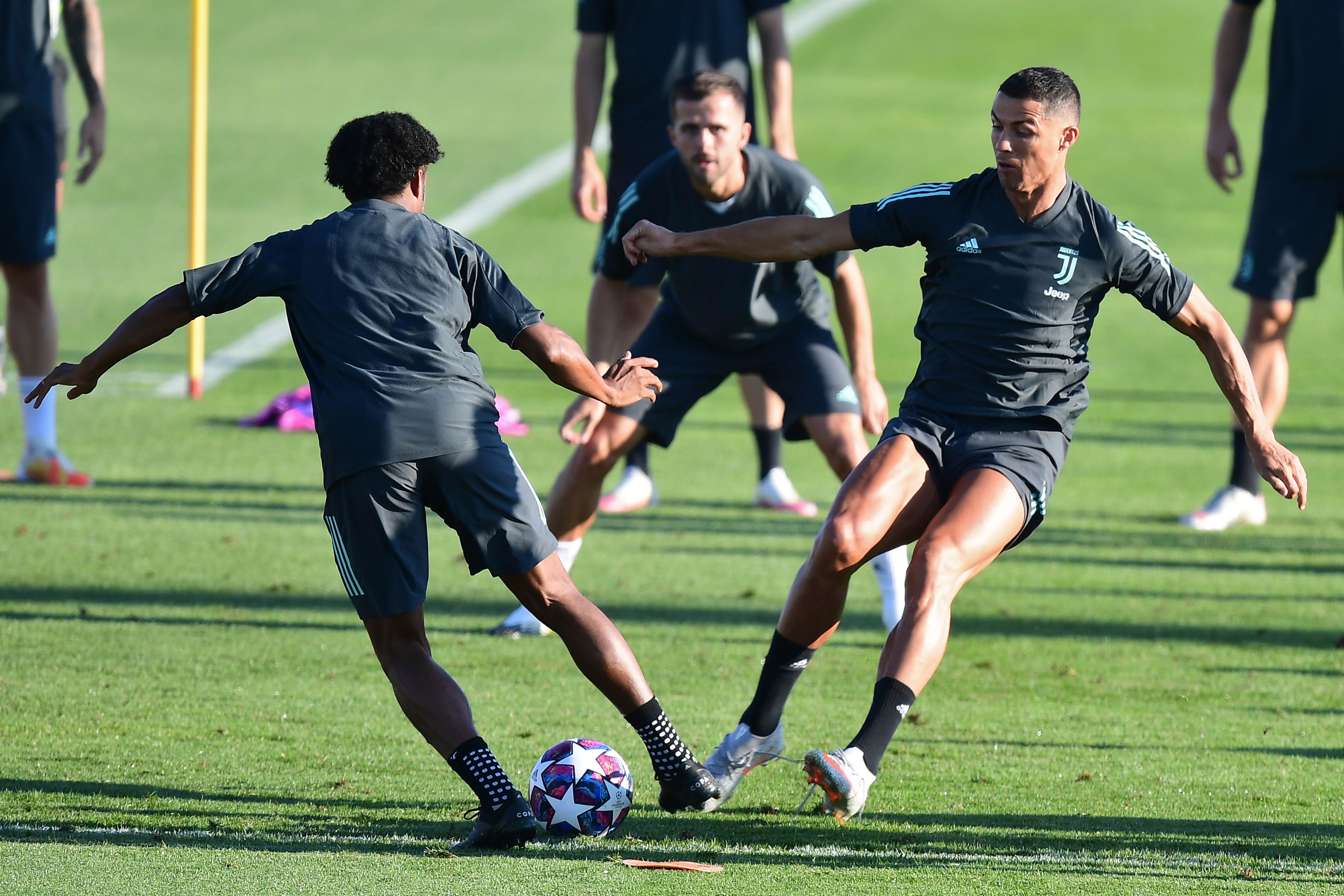 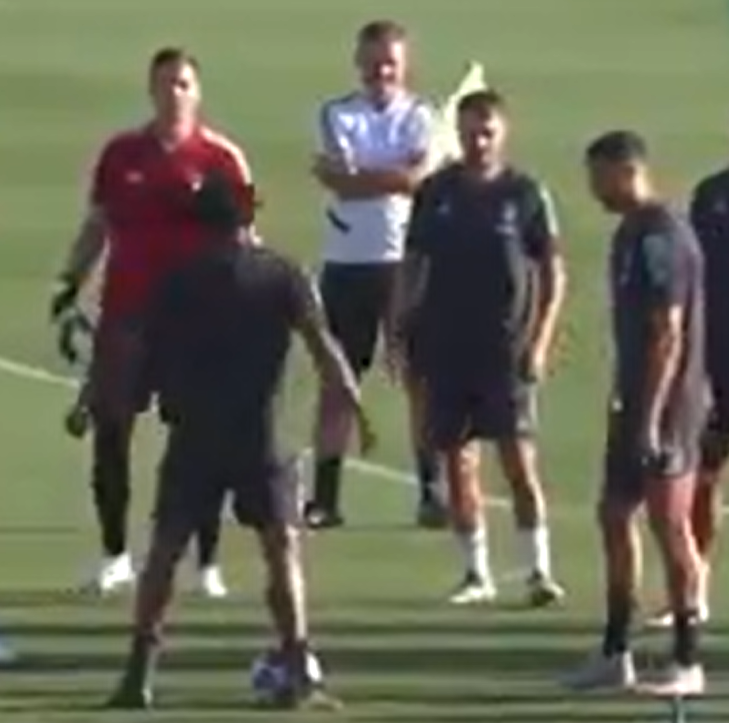 Footage emerged showing the Serie A giants in training playing a game of keep ball.

Ronaldo appeared to misplace a pass before Cuadrado could be seen spreading his legs, planting his feet and pulling his arms down to his side like Ronaldo does.

He pulled the move right in front of the ex-Manchester United's man face with former Arsenal keeper Wojciech Szczesny seen doing the same in the background.

His team-mates laughed and clapped at the celebration while Ronnie looked away.

And shortly after, when Ronaldo was in the middle, he swiped at Cuadrado's ankles as he tried to pass the ball before the Portuguese shut him down.

The 35-year-old's intense competitive edge was on show but Cuadrado did not react.

Ronaldo previously explained where his trademark move came from.

He told DAZN Italia: "I started to say 'Si', which is like 'yes' when I was at Real Madrid.

"When we win, everyone says 'SIUUU' and I started to say it, I don't know why. It was natural.

"I scored a goal and I did that [the celebration].

"People asked me why did I do it and I don't know why. It was natural.

"I always say, the best things come in a natural way,"