MLB star Manny Margot somehow held an incredible catch… despite tumbling over a railing in a horror fall.

The Tampa Bay Rays center fielder, 26, flung himself into the air to grab the flying ball and went over a wall as he made sure not to drop it. 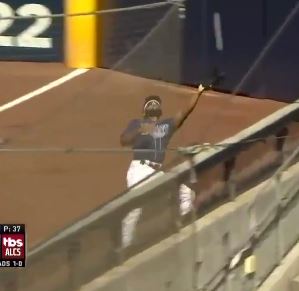 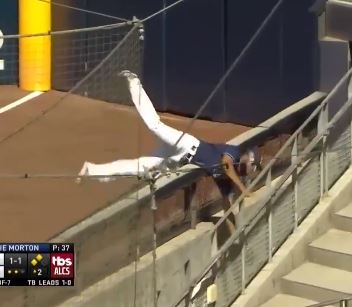 Margot had already performed heroics with the bat with a three-run home run during the Rays' batting innings.

But he took it to another level – quite literally – when the Houston Astros came in to bat.

George Springer hit his mammoth foul ball down the right line and Margot set off in pursuit.

Having to battle the sun in his eyes, the Dominican managed to make up the ground, throw up his left hand and take the catch in the air – while toppling over the barrier.

But as he got up again, thankfully seemingly unhurt, he held his hand aloft with the ball still inside – confirmed by the additional umpire.

However, this was not the first time Margot has made a beauty of a catch at Petco Park.

In 2016, he managed to grab hold of the ball before it flew over the back wall.

And fans were quick to laud his latest effort in the MLB play-offs. 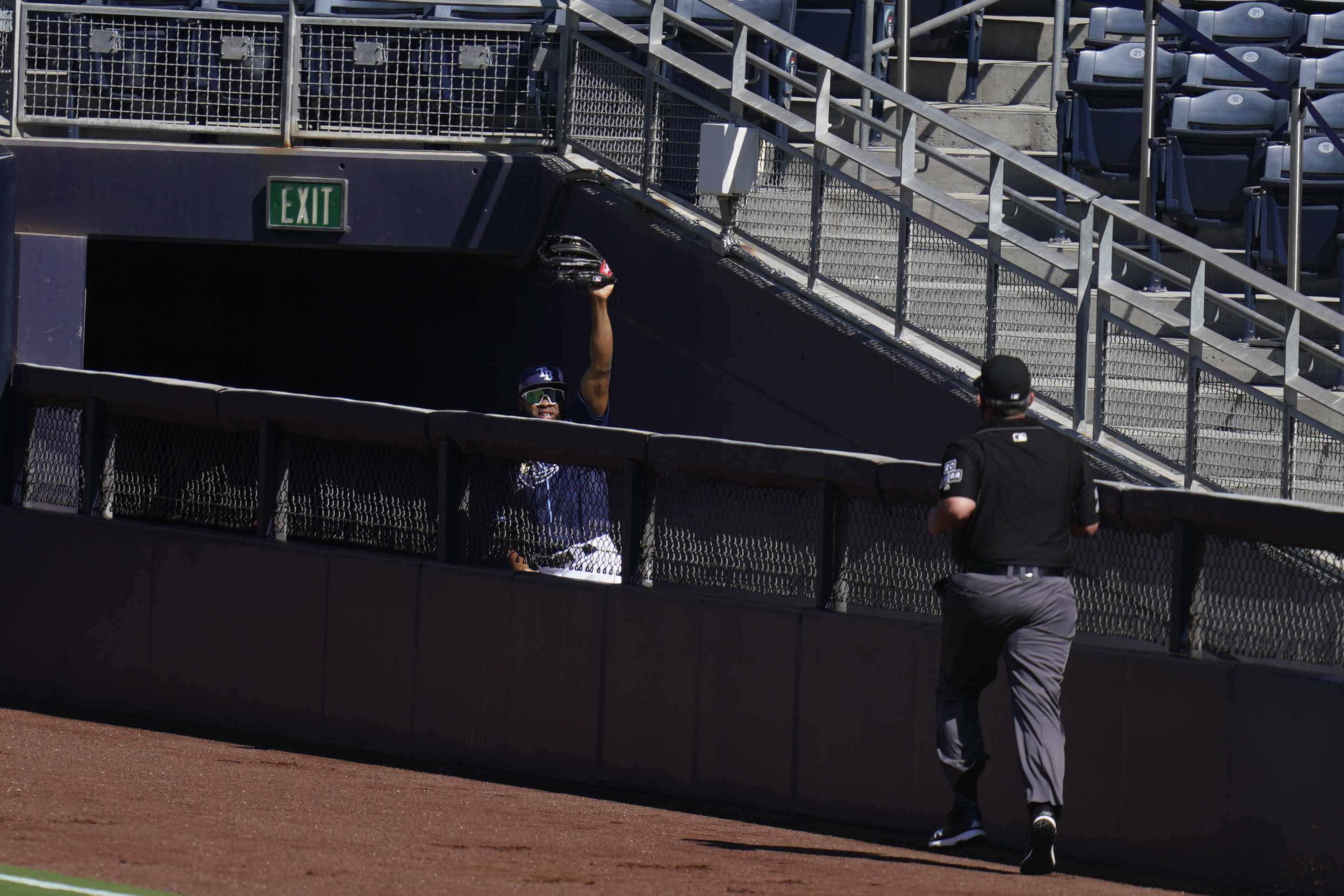 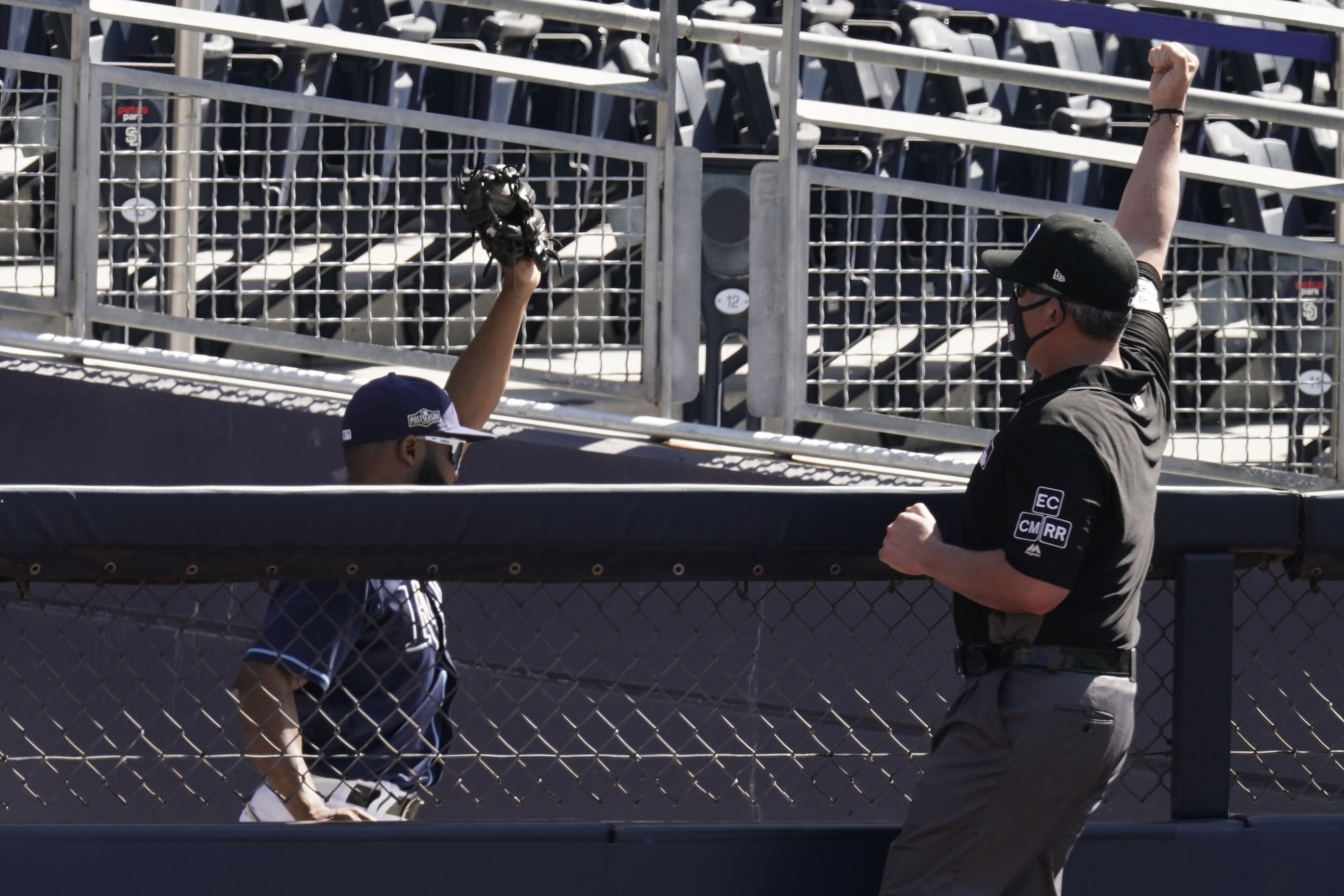 One wrote: "A lot of diving catches are overrated. This is one of the best plays I have ever seen."

A third joked: "Margot is French for 'Nice Catch'."

And one commented: "That’s going to be in the highlight reels for the next decade!"

But plenty of others were concerned about the safety with the barrier not being high enough to prevent the dramatic fall.

Finally, one gave an explanation behind the railing on top of the wall: "Funny story. You see that railing? It wasn't there when the park opened. Just a knee-high concrete wall. They added the railing to prevent exactly what happens in this video."