KOLN manager Steffen Baumgart got into the carnival spirit by dressing in a pig-unicorn onesie.

The bright pink outfit features a tail and Baumgart, 49, also donned a long blonde wig for the celebrations, though left his hood up to display his unicorn horn. 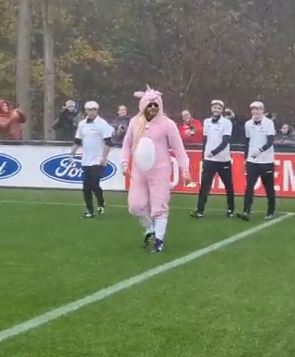 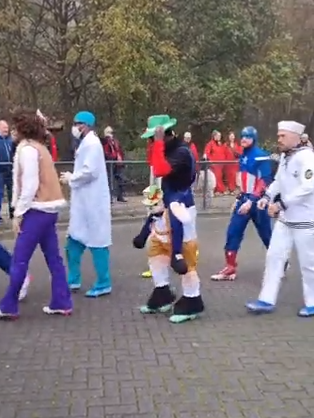 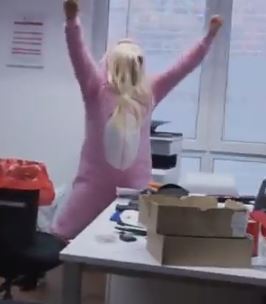 Carnival in Germany began on November 11, and though some cities have cancelled events due to Covid-19, Cologne is embracing the festivities.

And its football club did the same, with Koln holding a carnival-themed training session.

The players, dressed in varying outfits – including a surgeon, a sailor and even Captain America – took to a foggy training pitch last Thursday.

Some fans gathered to see their stars as they have never appeared before – a DJ even welcomed them on to the pitch.

One Koln player was also dressed in a unicorn onesie but Baumgart was not to be outshone.

He looked to be in a jolly mood as he skipped on to the field – football boots and socks sticking out below his unicorn look.

Baumgart and his staff had even more fun in the office.

The club's social media team posted a video of the non-playing team enjoying a game of head tennis across their computers.

And Baumgart played his part, supplying the final header for a member of his staff – who was dressed as a clown with a pink wig – to tap in.

That sparked big celebrations from the team, and the carnival spirit is alive and well in Cologne after being cancelled last year. 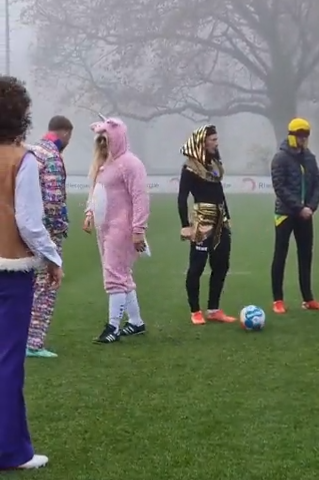