ARGENTINA'S World Cup qualifier with Brazil descended into farce on Sunday, as health officials stormed onto the pitch in the seventh minute, halting proceedings.

But it had been business as usual for Lionel Messi up to that point. 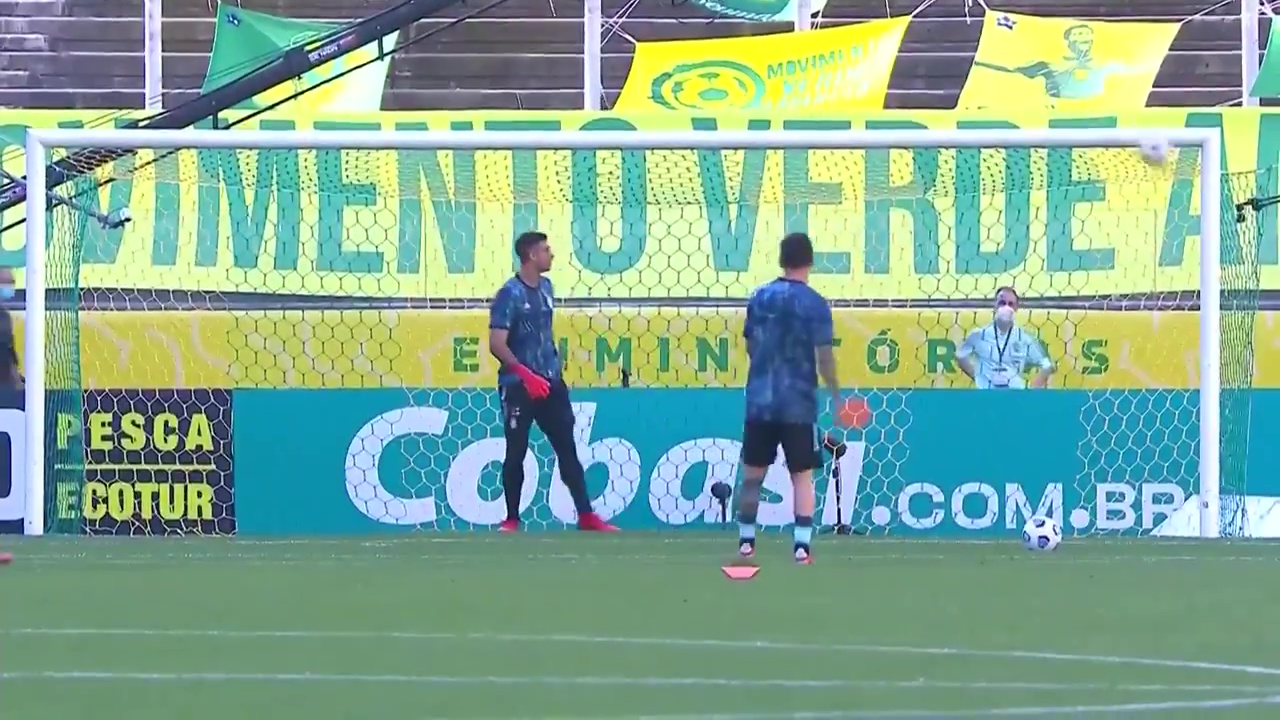 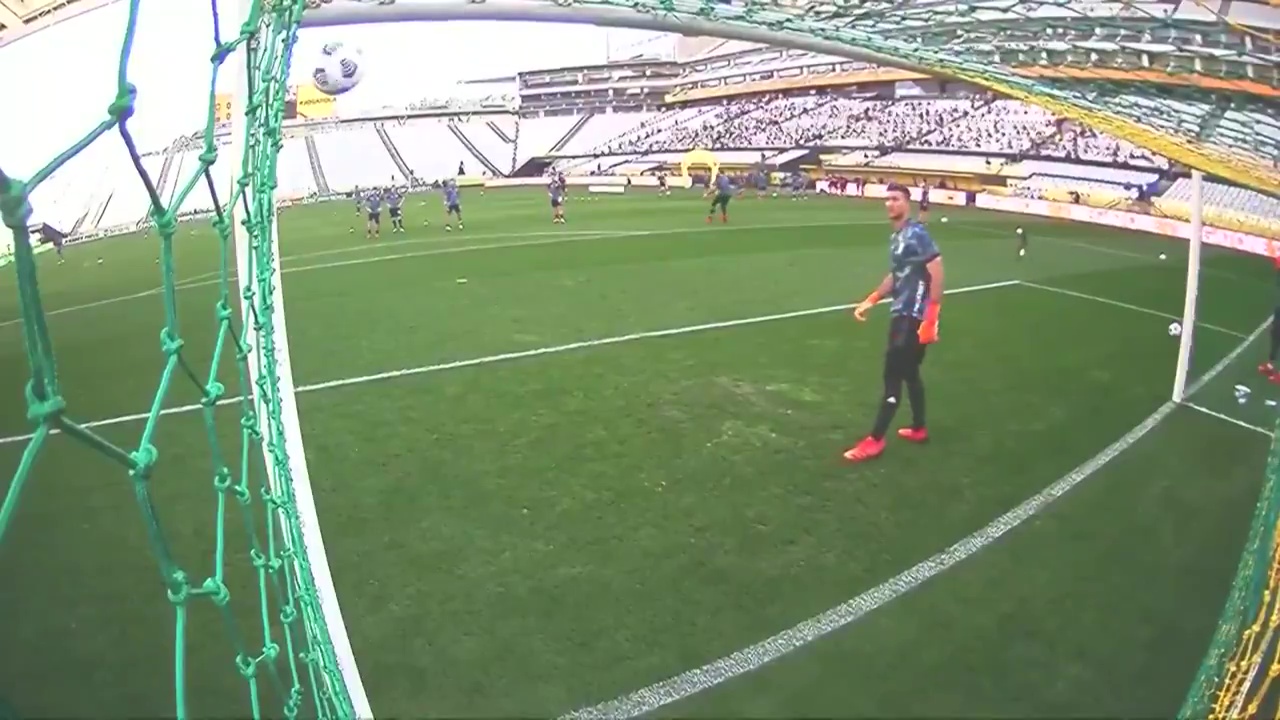 The 34-year-old is aiming to qualify for his fifth World Cup with his country.

And he looked in the mood for this qualifier, if the warm-up was anything to go by.

Footage has emerged of the Paris Saint-Germain star bending an incredible dead ball past his helpless team-mate.

In the clip, Messi places the ball on the edge of the box, around 25 yards out.

With no wall set-up, the goalkeeper stands in the middle of his goal.

And he has absolutely no chance with the ensuing effort, watching on helplessly as Messi strokes the ball straight into the top corner.

Incredibly, Messi did exactly the same thing before Argentina's previous qualifier against Venezuela.

Lionel Scaloni's side won that match 3-1, but weren't afforded the same opportunity to repeat the trick in Sao Paulo.

Health officials from Anvisa ran onto the pitch in just the seventh minute, after Premier League stars Giovani Lo Celso, Cristian Romero, Emi Martinez and Emi Buendia allegedly lied in order to get into the country.

Messi stayed out on the pitch in order to protest his team's case, while his team-mates retired to the dressing room as the match was suspended.

Argentina, with their Premier League stars in tow, managed to leave Brazil that night with no further issues.

But the outcome of the match remains up in the air. 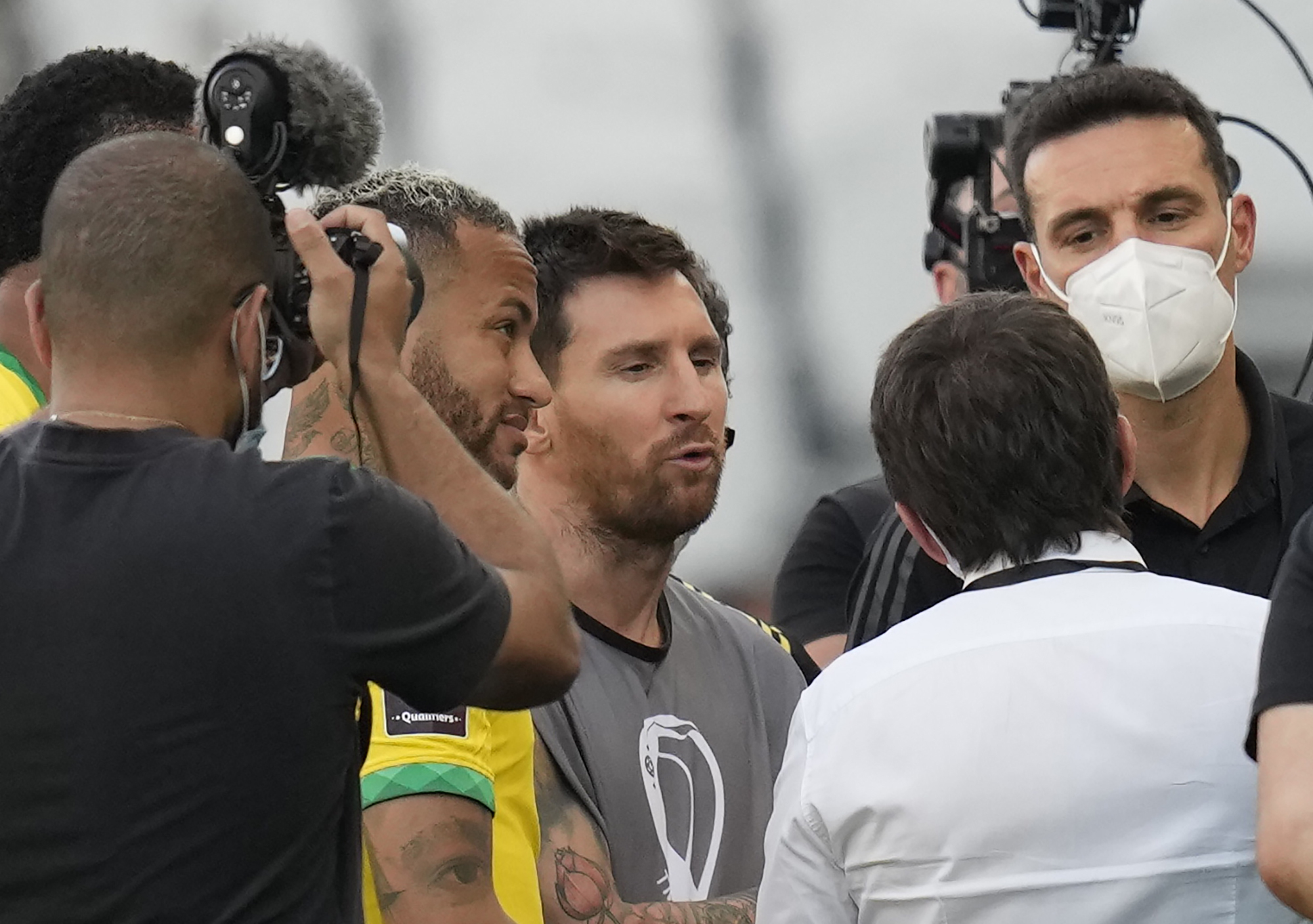