MANCHESTER UNITED youngster Charlie McNeill scored four goals in the derby against his old club City – and kissed the badge in celebration.

The Red Devils Under-18s stunned their Citizens counterparts 4-2 at Carrington on Saturday morning. 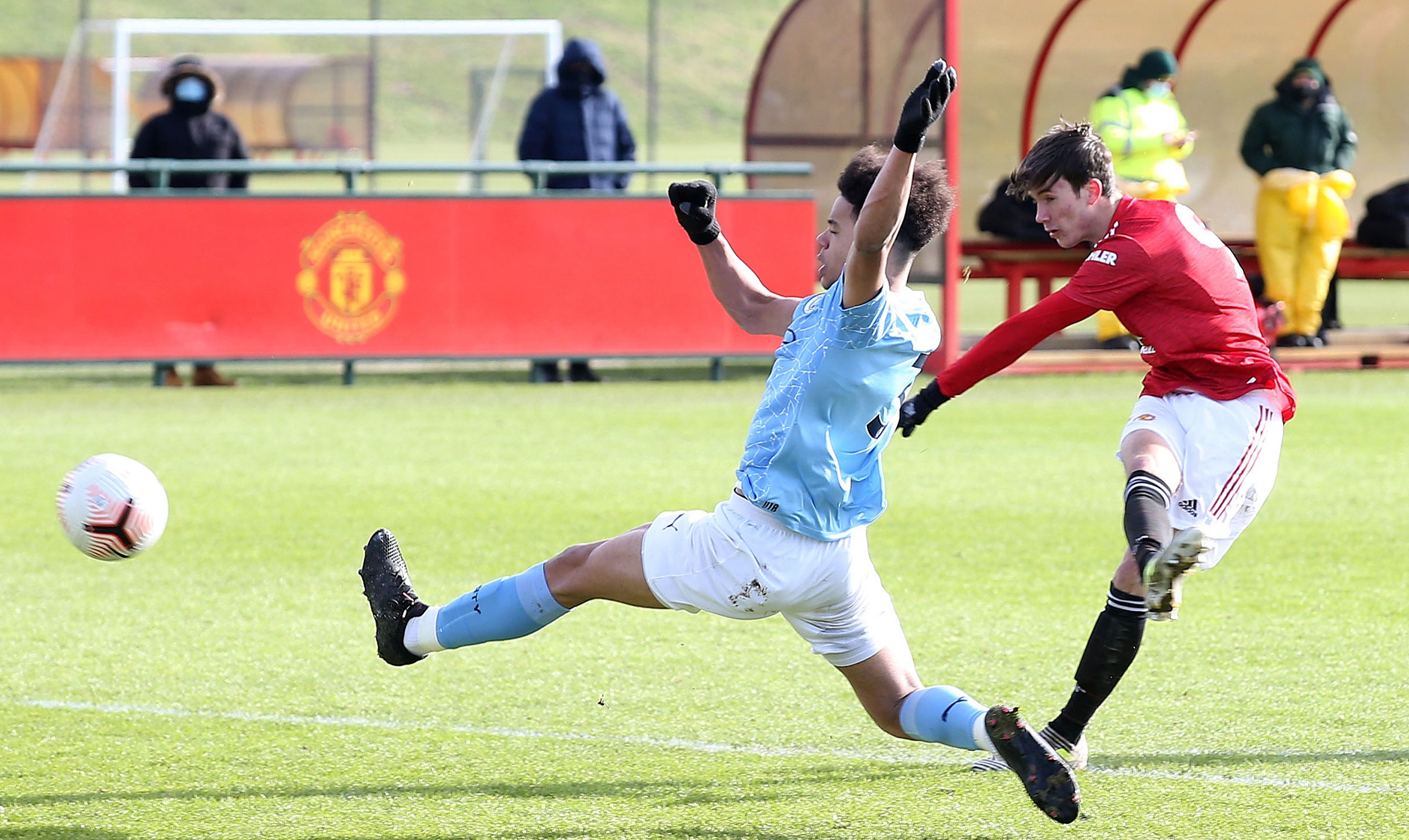 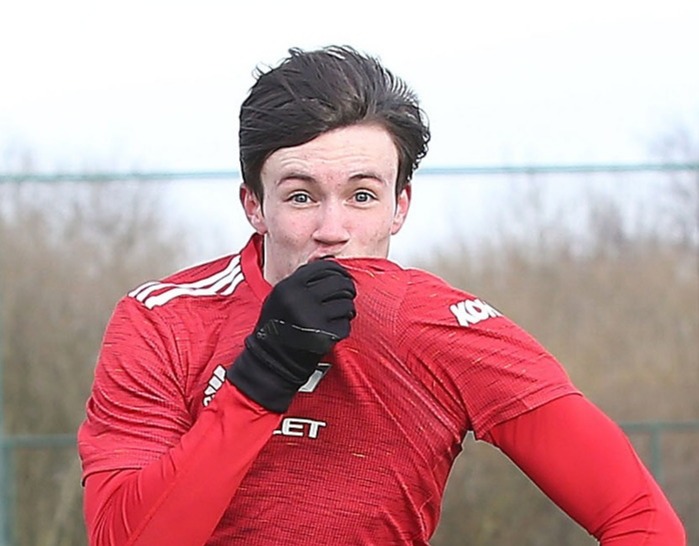 And it was The McNeill Show as he scored all four in an emphatic performance.

The 17-year-old – who rejoined United from City last summer – opened the scoring by heading in Charlie Savage's in-swinging corner with 11 minutes on the clock.

McNeill's penalty was saved by Josh McNamara but the ball fell for the in-form United striker who slammed in the rebound with his left foot.

There was then some controversy just before half-time.

After the ball was kicked out for an injury and thrown back by City to the United defence.

But City forward Tai Sodje nicked the ball and trotted towards goal unchallenged before sticking it in to make it 2-1.

However, directly from kick-off, City allowed McNeill to run down the pitch uncontested and restore United's two-goal lead in a similar fashion to Leeds vs Aston Villa in 2019.

BET OF THE DAY: GET THE BEST FOOTBALL PRICES ON THE MARKET WITH OUR EXPERT ADVICE

Sodje got his second three minutes after the break, tapping in Carlos Borges' low cross at the back post.

But McNeill, who has more than 600 goals in youth football, rounded off the scoring by capitalising on a defensive error and firing back McNamara for his – and United's – fourth in injury time.

It took his tally to 12 goals in 11 Premier League 2 appearances this season – including ten in his last six – after rejecting a new contract at the Etihad. 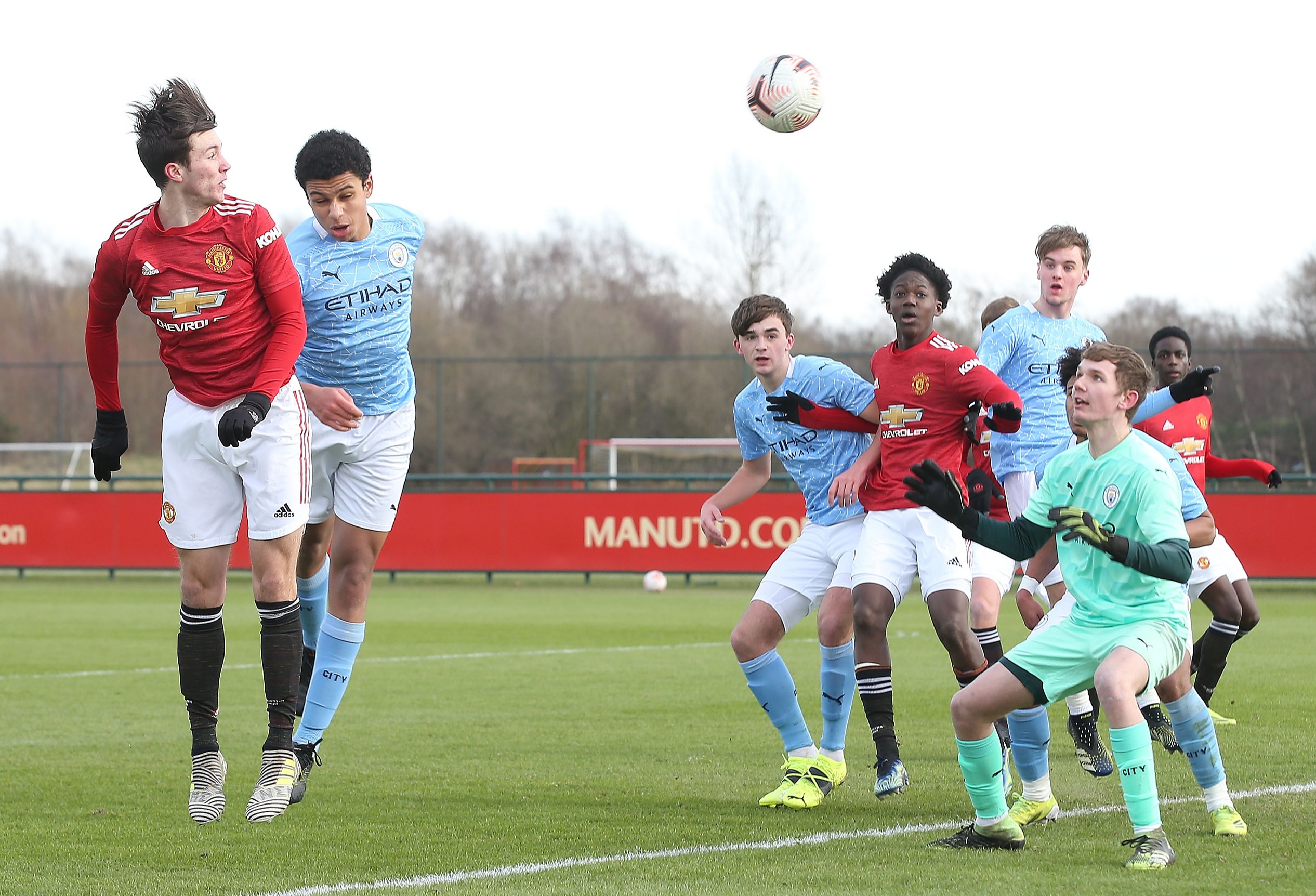