The Australian had been involved in a lengthy battle with Chris Wakelin in the third frame of their UK Championship match. 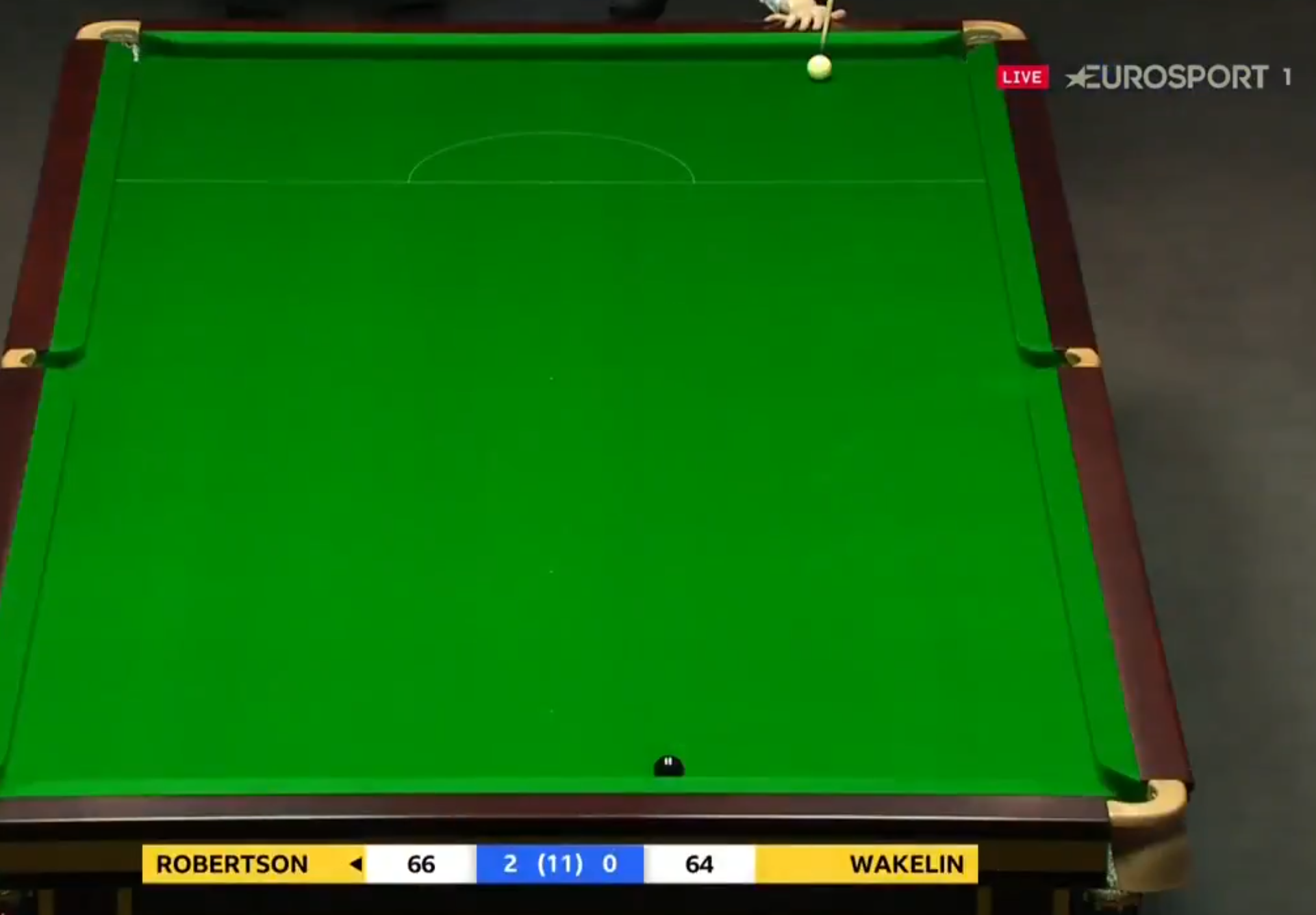 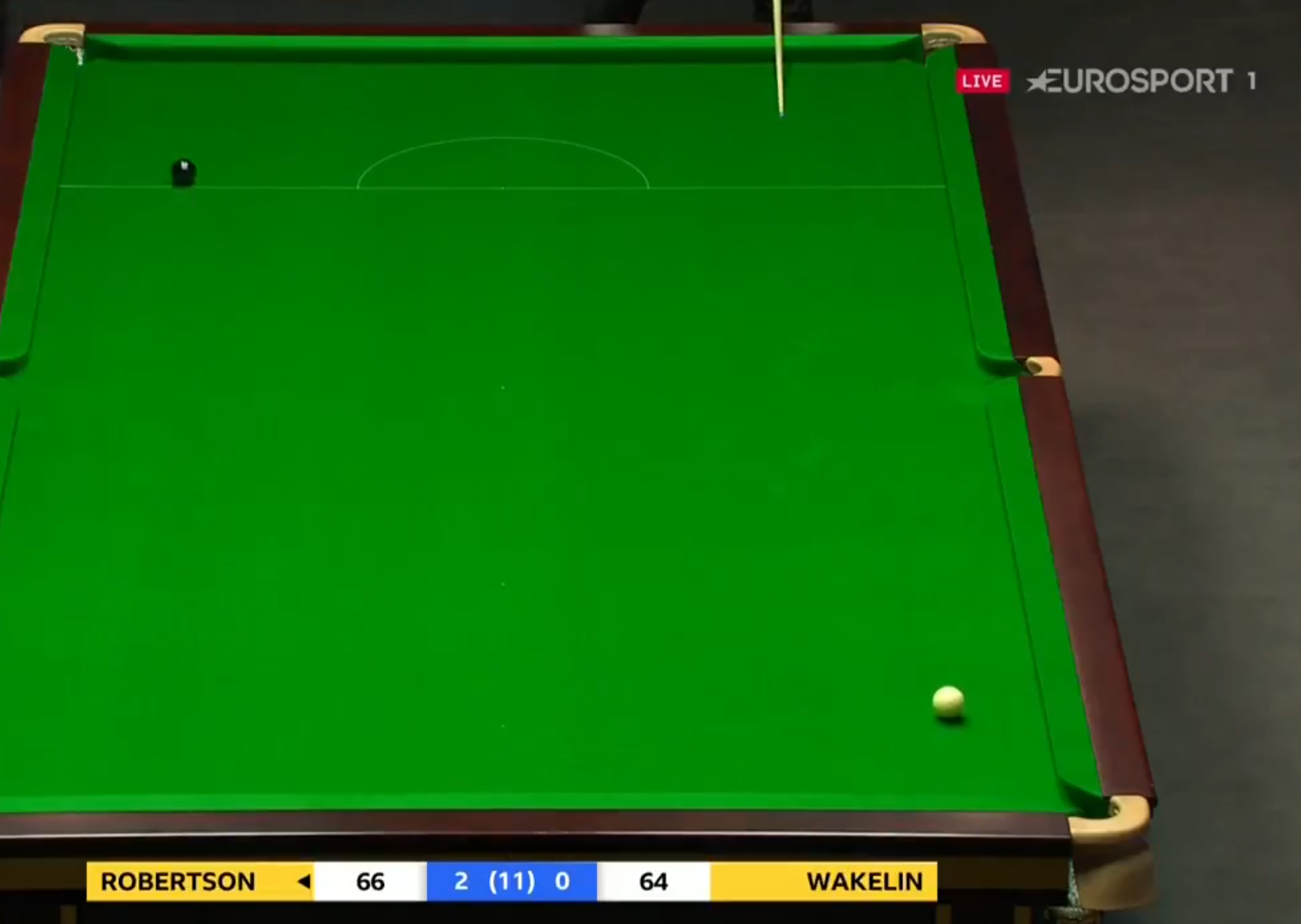 It came down to the final ball, with Robertson leading 66-64.

After a couple of safety shots, Robertson hit a remarkable shot that saw the cue ball travel from the top of the table and hit the black on the bottom cushion, potting it all the way back up in the corner pocket.

But Eurosport commentators Philip Studd and Peter Lines – a pro for two decades – were not convinced the world No 3 meant it.

Studd said: "Oh my goodness… wow. Talk about rubbing salt into the wound.

"Neil Robertson making his first errors of the match but fluking the black for 3-0."

The Eurosport social media account then Tweeted video of the shot, again using the word 'fluke' – but Robertson was quick to respond.

He wrote, with the laughing emoji: "You guys are clueless if you think that was a fluke!"

Robertson then joined world champion Ronnie O'Sullivan and presenter Colin Murray for a humorous chat in the studio. 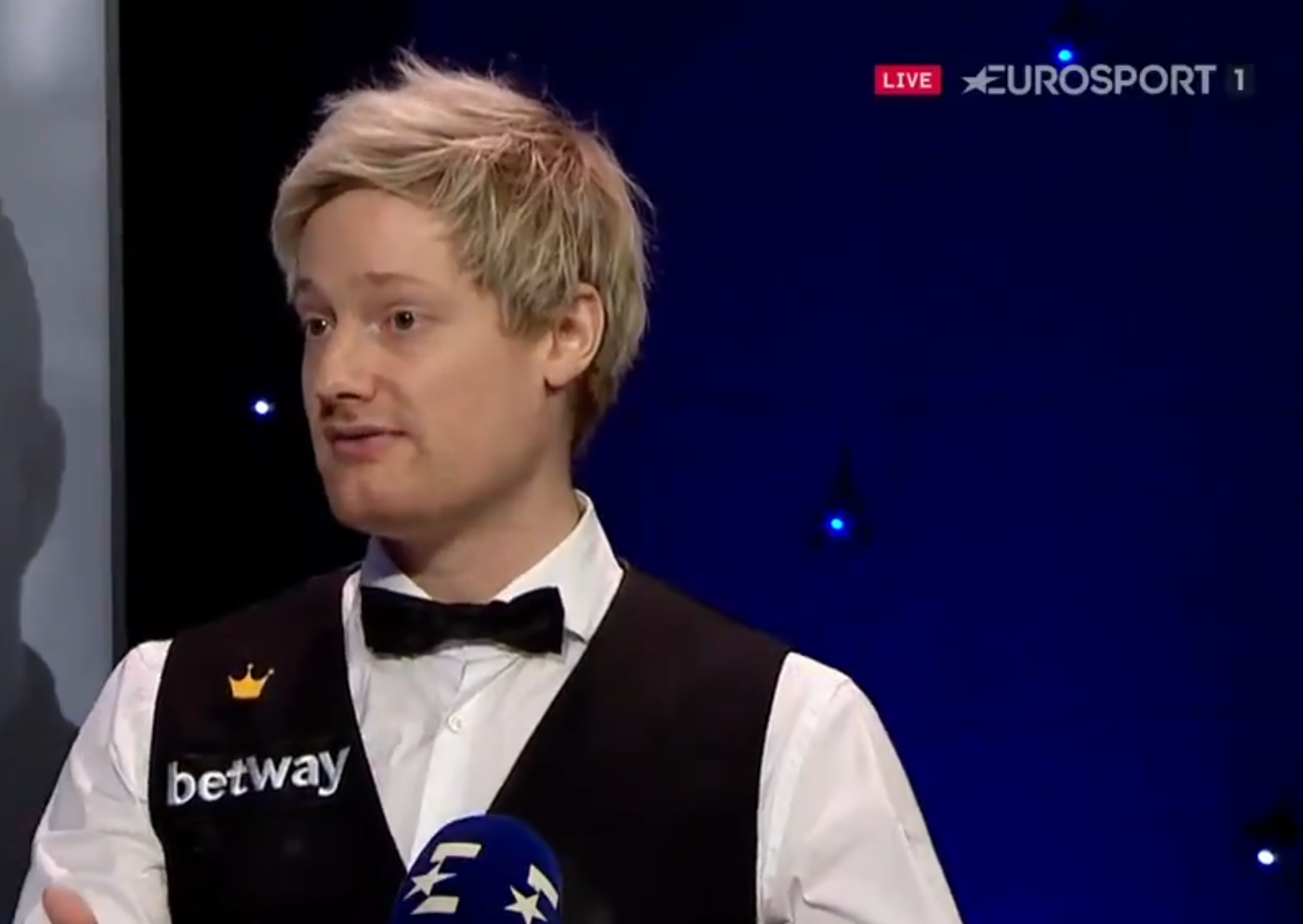 Murray asked him to "settle a debate, a rift" on whether he meant the shot or not.

Robertson explained: “Look what I’ve done off the white, I’ve looped the white.

"The black is too close to the cushion to play the up and down off two cushions and leave the black on the side cushion, there’s no other shot.

"If I risk playing that shot, I’m going to get a double kiss on the black.

A cheeky O'Sullivan then jokingly adds: "There you go. that’s why the experts are in here and the amateurs are in the commentary box. 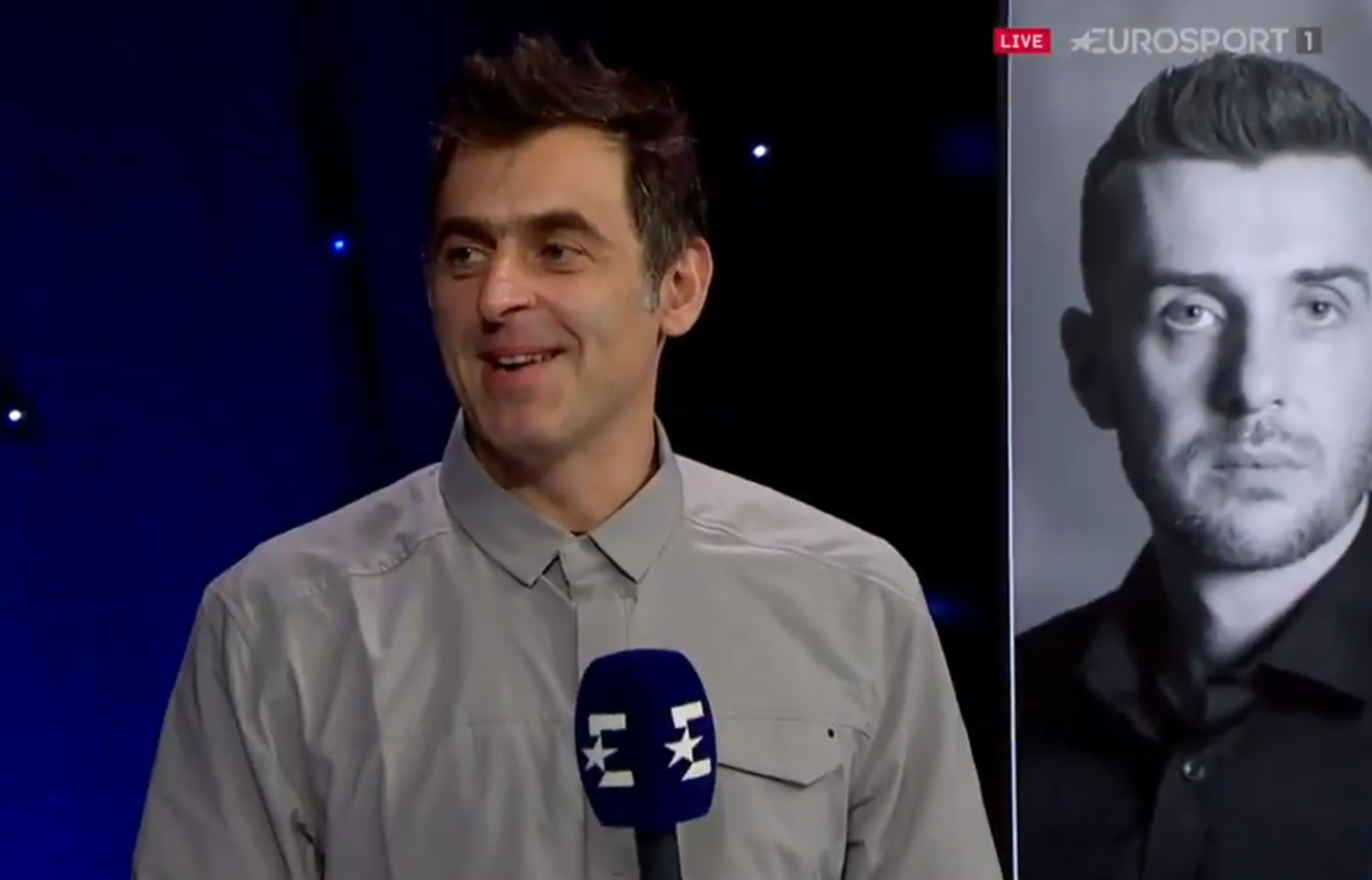 Murray then says to Robertson: "Do you expect now an apology from Phillip Stud and Peter Lines?

A smiling Robertson replied he was "surprised" at Peter Lines before Ronnie interjected: "That’s just a bitter former snooker player whose had a lot of bad luck over the years!"