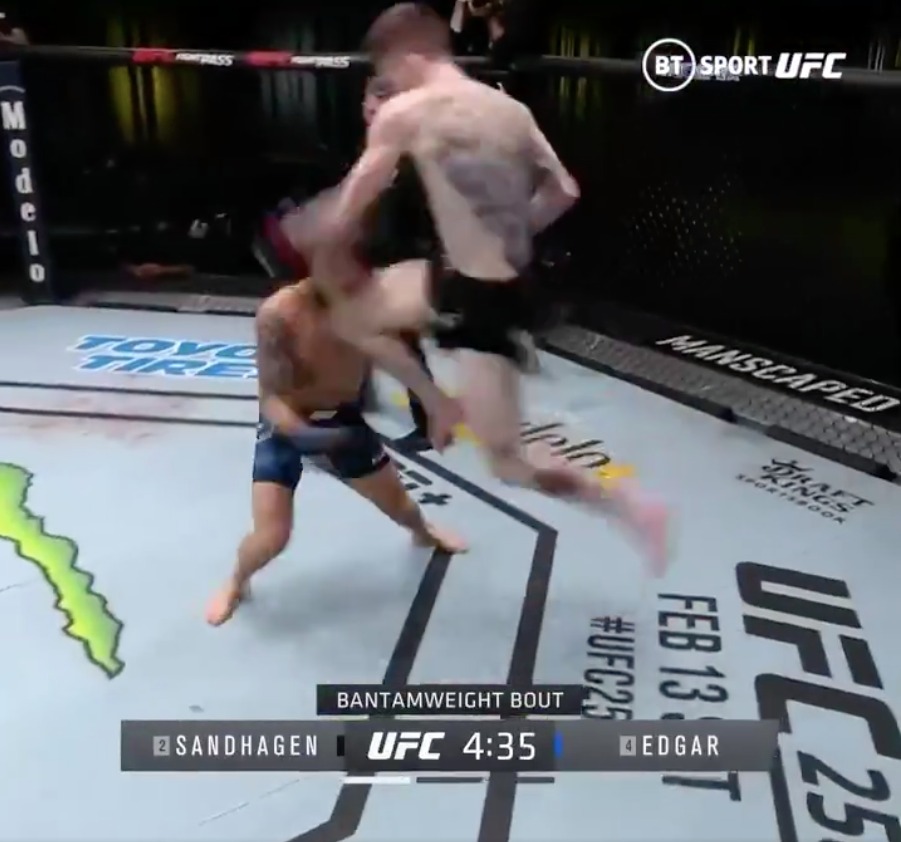 And without live fans in attendance the sound of Sandhagen's knee connecting was deafening.

Edgar was walking forward but ran right into Sandhagen's strike, which was timed to perfection, leaving the 39-year-old folded and unconscious.

The showstopping KO earned Sandhagen, 28, UFC president Dana White's Performance of the Night pick and the 50 grand that goes with it.

Since defeat to Aljamain Sterling in 2019 – only his second loss – the American has now beaten Marlon Moraes and Edgar.

The division is also set to welcome back former ruler TJ Dillashaw, 35, who has now served his two-year suspension for a failed drug test.

Yan has already called to fight Dillashaw – much to the disbelief of Sandhagen.

He told ESPN: "I'm a different monster than I was before I fought Aljamain Sterling. He taught me some lessons.

"I know Yan has been talking about fighting TJ after that fight – that's if he even wins that fight.

"That's garbage to me. Fight me. I'm the toughest guy next to Aljamain. And if Aljamain wins, I owe him a nap and he's going to get that nap.

"The winner of those two gets knocked out by me in July."