VASILIY LOMACHENKO sent Teofimo Lopez a bloody terrifying warning by calling for their rematch after knocking Masayoshi Nakatani out.

Lopez completed his takeover of the lightweight division when he dominated Loma over 12 October rounds, to be crowned undisputed king of the 9st 9lbs division. 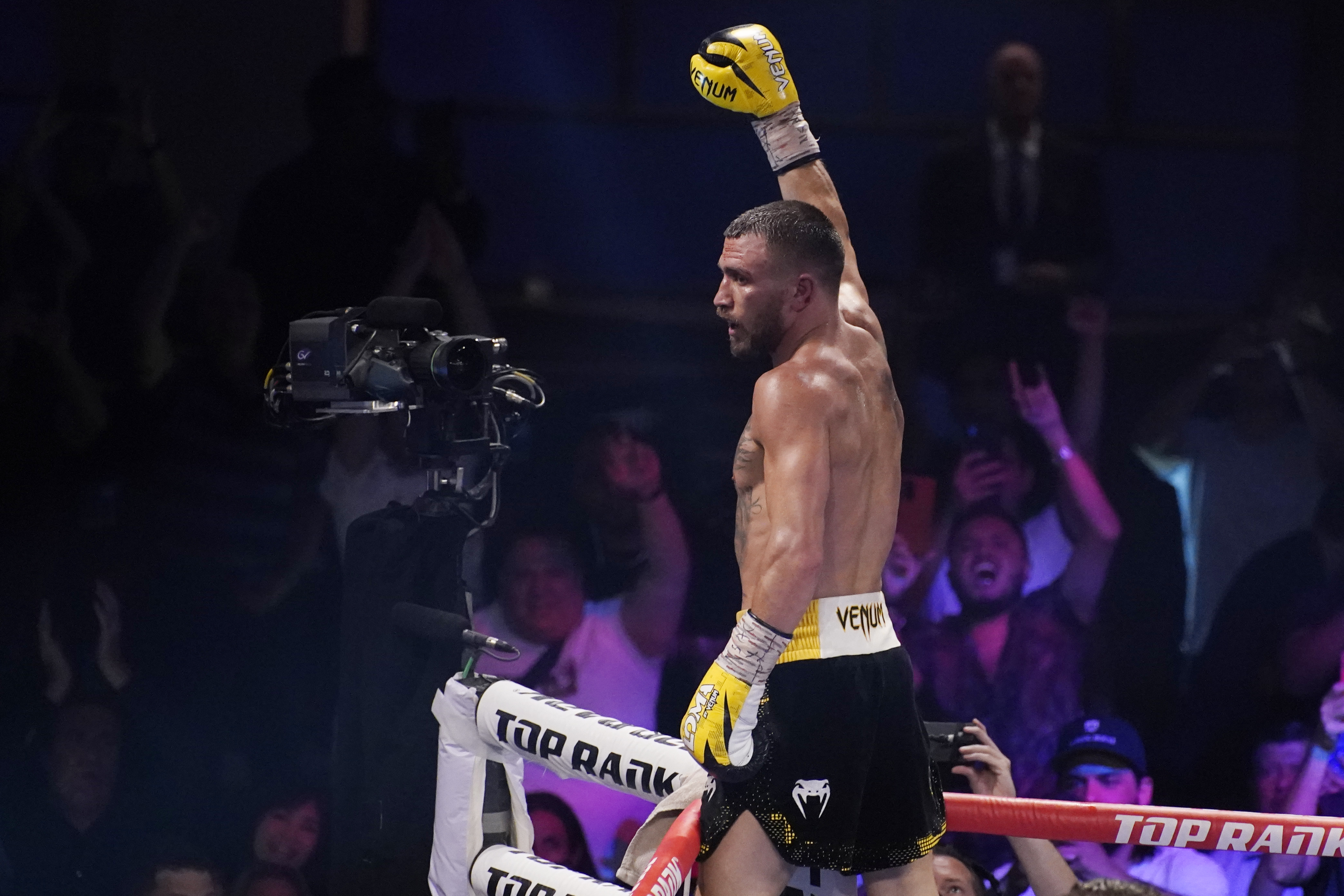 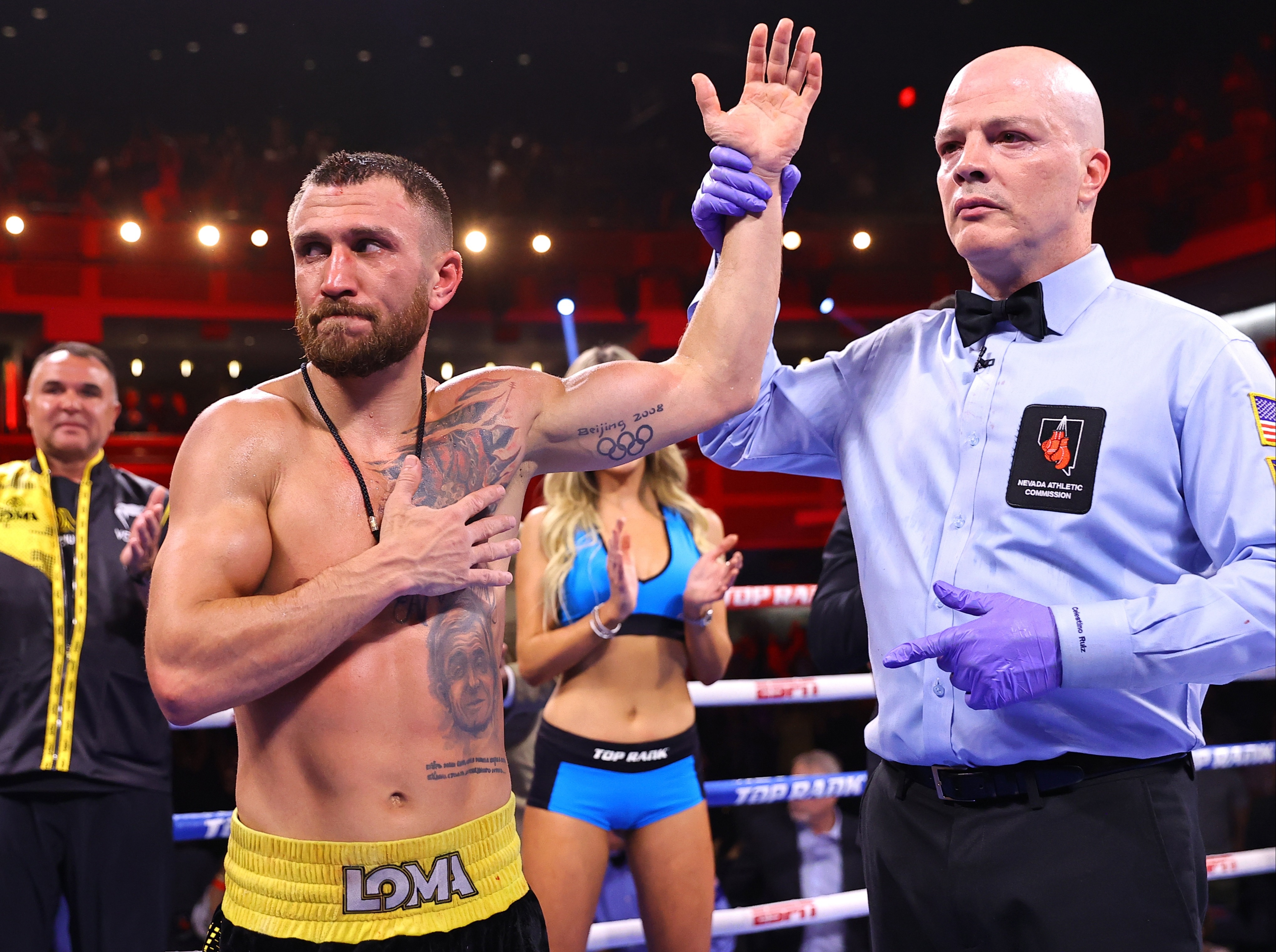 The 33-year-old Ukraine king blamed that poor performance completely on a recurring shoulder injury and went under the knife again.

But he ruthlessly picked an old Lopez foe to cut down for his comeback, demolishing the giant Japan fighter in round nine and dramatically overshadowing the 2019 points Lopez managed against him.

Despite suffering a deep gash to his forehead from a first-round head clash, little Loma hacked the towering Asian star down to size, floored him in round five and then finished him.

Then the two-time Olympic champion purred: “I’m happy because I won.

“All the strategies that we developed with my team worked. I reached all my goals. I won and now I’m back on track.”

“Everybody saw how I won this fight, and everybody is waiting for the rematch with Lopez, so let’s make a rematch.”

Lopez, 23, just pulled out of his first mandatory defence of his four titles with George Kambosos after testing positive for covid-19.

But instead of sending a get-well message to his nemesis, Loma sent a handful of dates he fancies exacting revenge on the man who robbed him of his professional dream.

“He has a fight in the future with Kambosos,” Loma grinned in Las Vegas.

“But how about after, at the beginning of next year. December, January, February, I am waiting.”

The 5ft 7in southpaw looked back to his elusive and bullying best against the 6ft banger.

There were no signs of the injury to his right shoulder ruining his scalpel-like jab again and he kicked off the bout with a couple of brutal left hands.

But the accidental butt, two minutes in, threatened to throw all of Lomachenko’s plans off course as the blood ran relentlessly into his eyes. 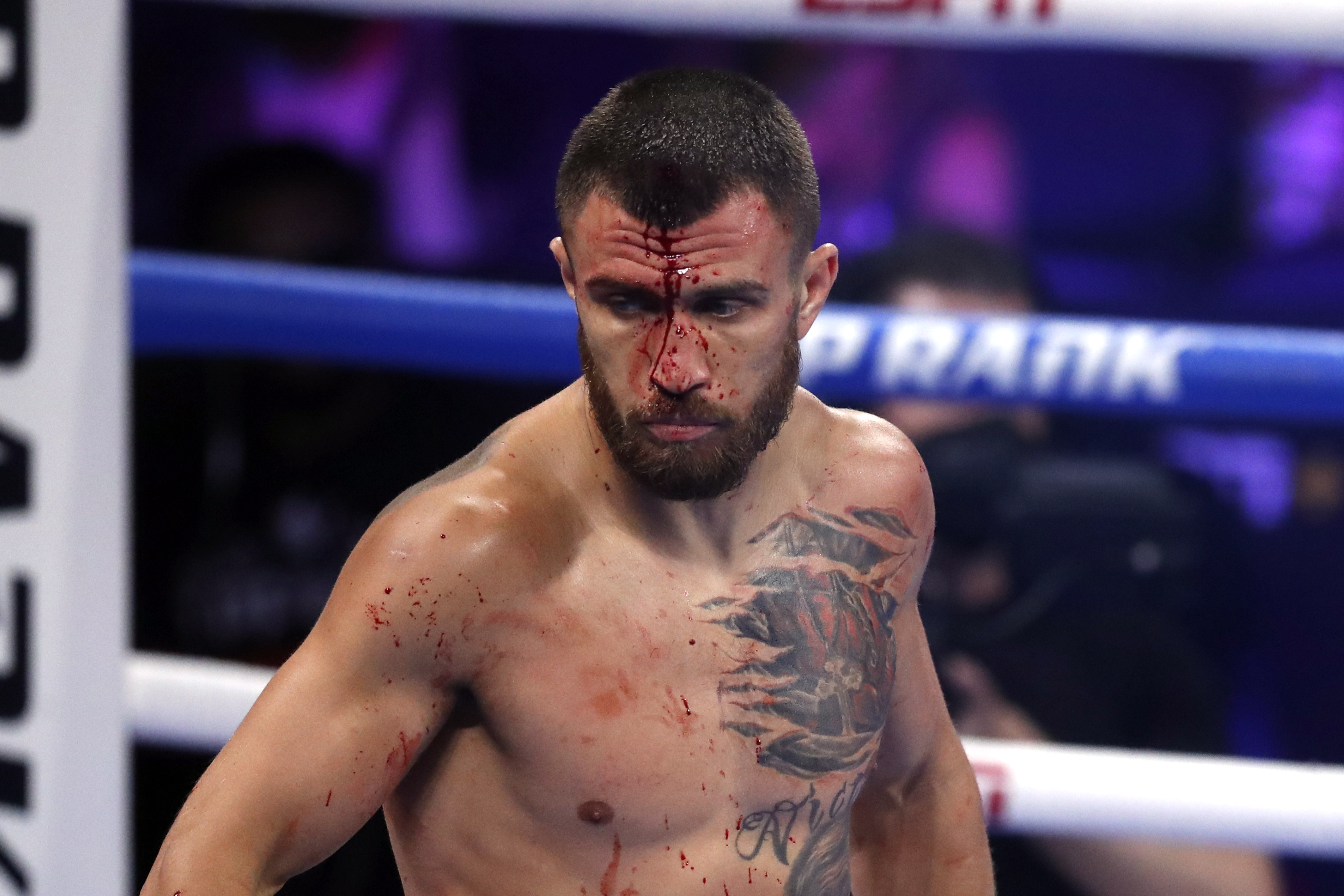 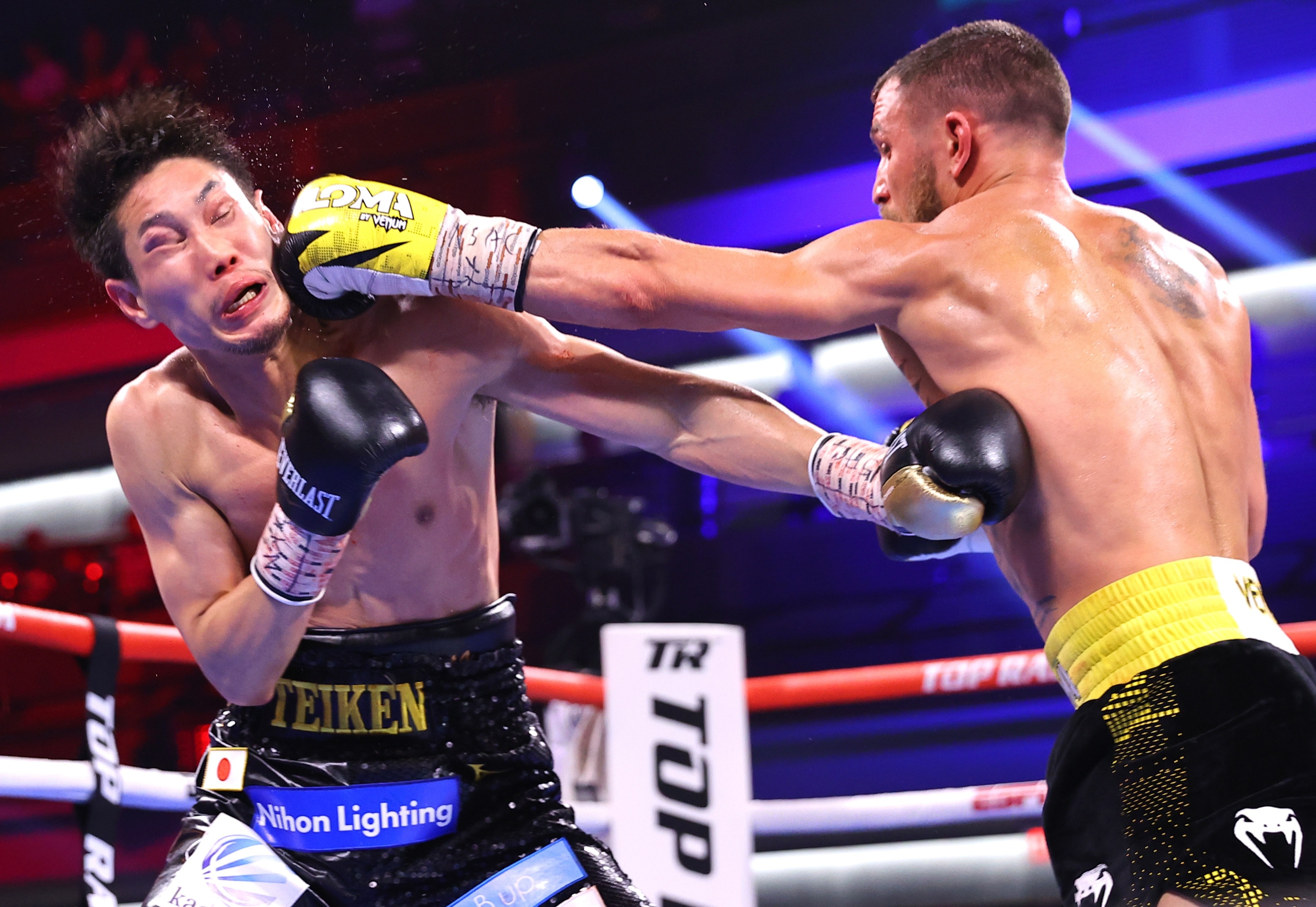 But cut man Russ Anber did expert work on the wound, leaving Loma’s dad to deliver the pep talks.

And the dream team brought an end to his eight-month nightmare as Lomachenko put on a clinic on how to outbox a much bigger man.

Nakatani was big and brave but a selection of thudding and rasping left hands robbed him of his gangly legs in round nine and the referee stopped the slaughter.

And promoter Bob Arum, who makes the fights for Loma and Lopez, said his former star attraction is ready to snatch back all of the limelight.

The Top Rank mogul said: “In case there was any doubt, Lomachenko proved he is still one of the very best fighters in the world.

"He is healthy and ready to fight any of the lightweights.” 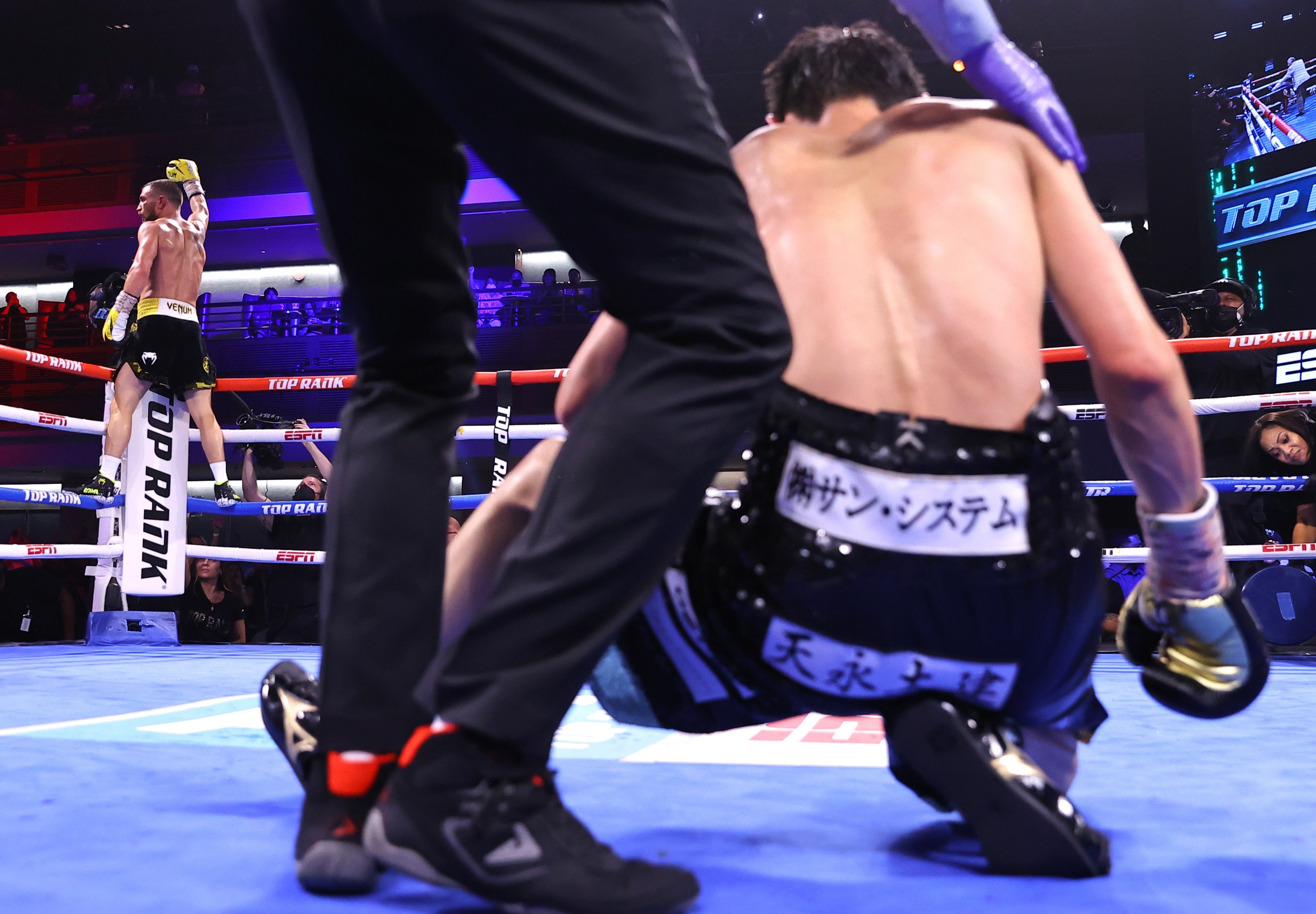 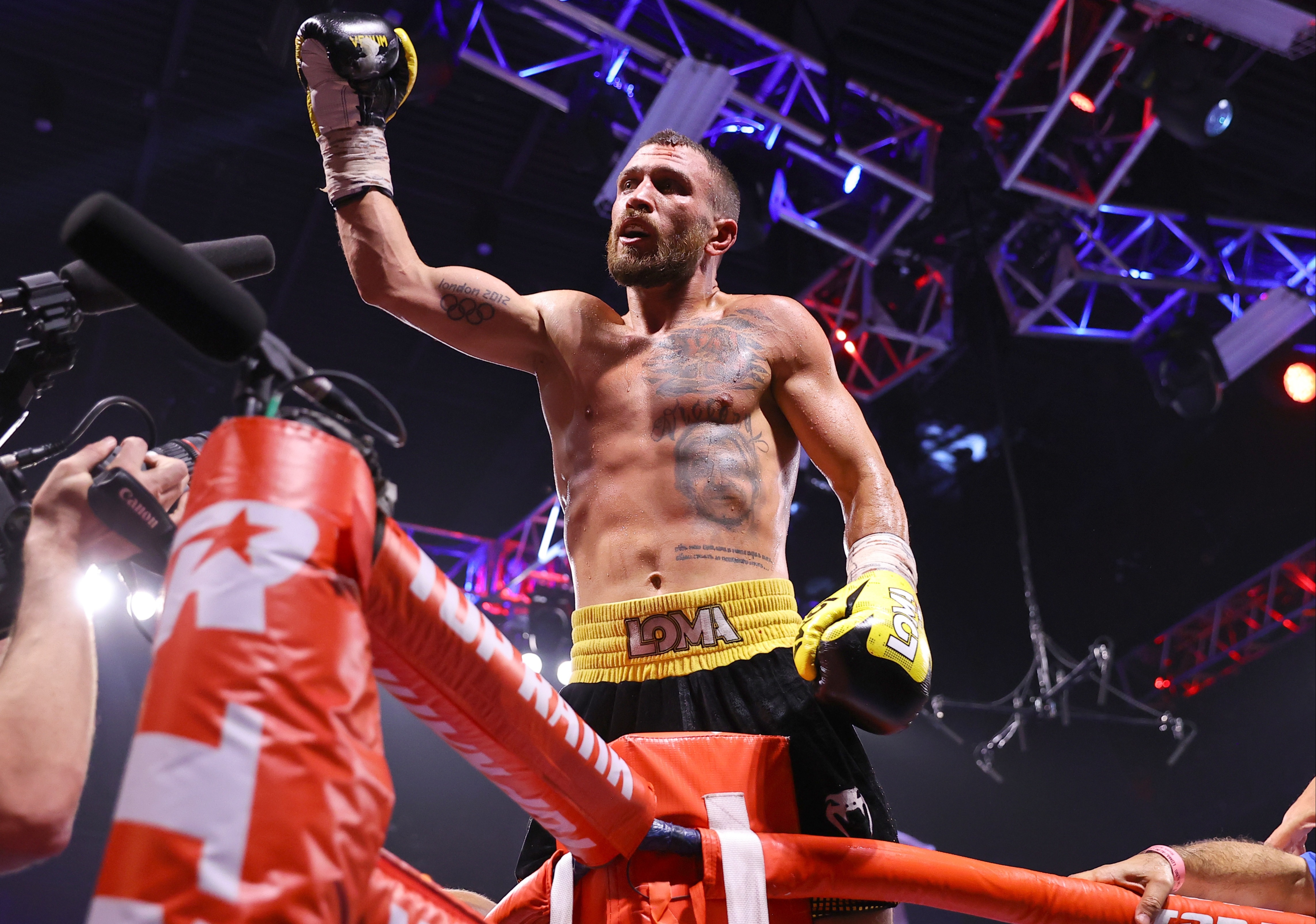