Though the women’s tennis is often associated with flat, baseline hitting, many different playing styles are thriving atop the game these days, as evidenced by the first match on Suzanne Lenglen Court (5 a.m. Eastern Time). The Czech left-hander Marketa Vondrousova, who has a proclivity for drop shots, and Anastasija Sevastova, a U.S. Open semifinalist last year with a carving backhand, both seek their first quarterfinal at Roland Garros. Vondrousova scored an impressive win over Simona Halep in Rome last month, which announced her readiness to be a threat on clay. Sevastova won the best women’s match so far at this tournament when she topped Elise Mertens, 11-9, in the third set of the third round.

In back-to-back matches on the main Philippe Chatrier court, Argentine fans will be cheering for considerable underdogs. In the second match on the court, Leonardo Mayer, who at 32 is in the fourth round of a major for only the second time, will face Roger Federer. Next on court will be Rafael Nadal and Juan Ignacio Londero, who is playing in the main draw of a Grand Slam event for the first time. Nadal, the No. 2 seed and an 11-time champion, and Federer, the No. 3 seed, seem on track for a meeting in the semifinals.

Two years ago at Wimbledon, Konta beat Vekic, 10-8, in the third set of a second-round contest considered one of the best matches of 2017. That was weeks after they played another great match in the final of the WTA tournament in Nottingham, England. They have not faced each another at a Grand Slam tournament since that Wimbledon encounter; each is seeking her first quarterfinal at Roland Garros.

Four of the finest backhands in the men’s game will finish Sunday’s play on Lenglen. In the first, Stefanos Tsitsipas and Stan Wawrinka will trade one-handed blows. In the second, Kei Nishikori and Benoît Paire will smack crisp two-handed backhands. Though many tennis aesthetes particularly relish the one-handers, there will be beauty to be found in both matches.

In a match many regarded as a de facto semifinal in the bottom half of the draw, Stephens, the 2017 U.S. Open champion, will take on Muguruza, a two-time Grand Slam champion. It is the final match of the day on Chatrier, meaning it will likely be during NBC’s broadcast window. These two players have never met at a major tournament, where they routinely summon their best tennis. On a day featuring lesser-known players on the women’s side, these two will be familiar to the crowd: Stephens made the final in Paris last year, and Muguruza won the French Open in 2016. 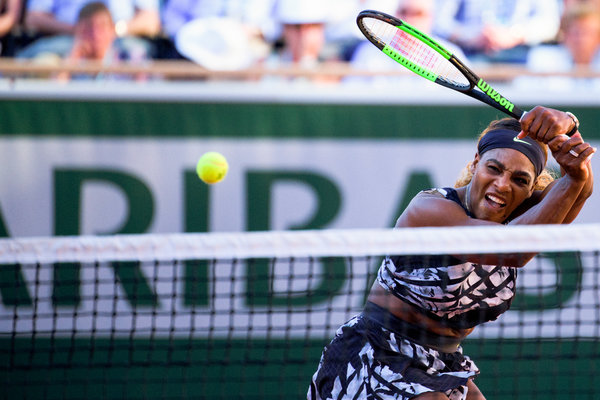 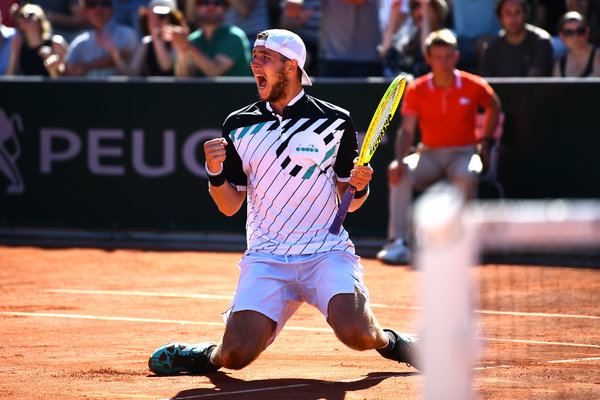 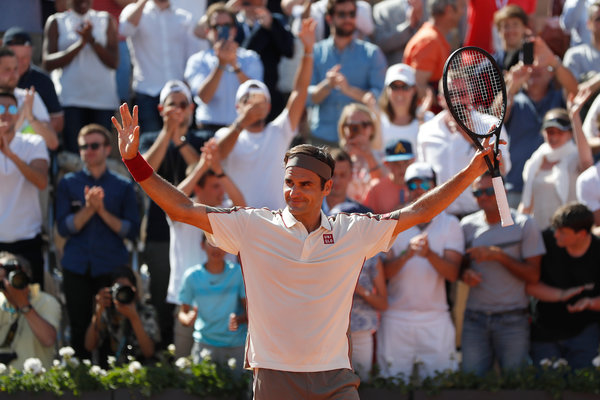