That's according to bookmakers Betfair, who've installed the 58-year-old as favourite to be the next managerial appointment at Molineux. 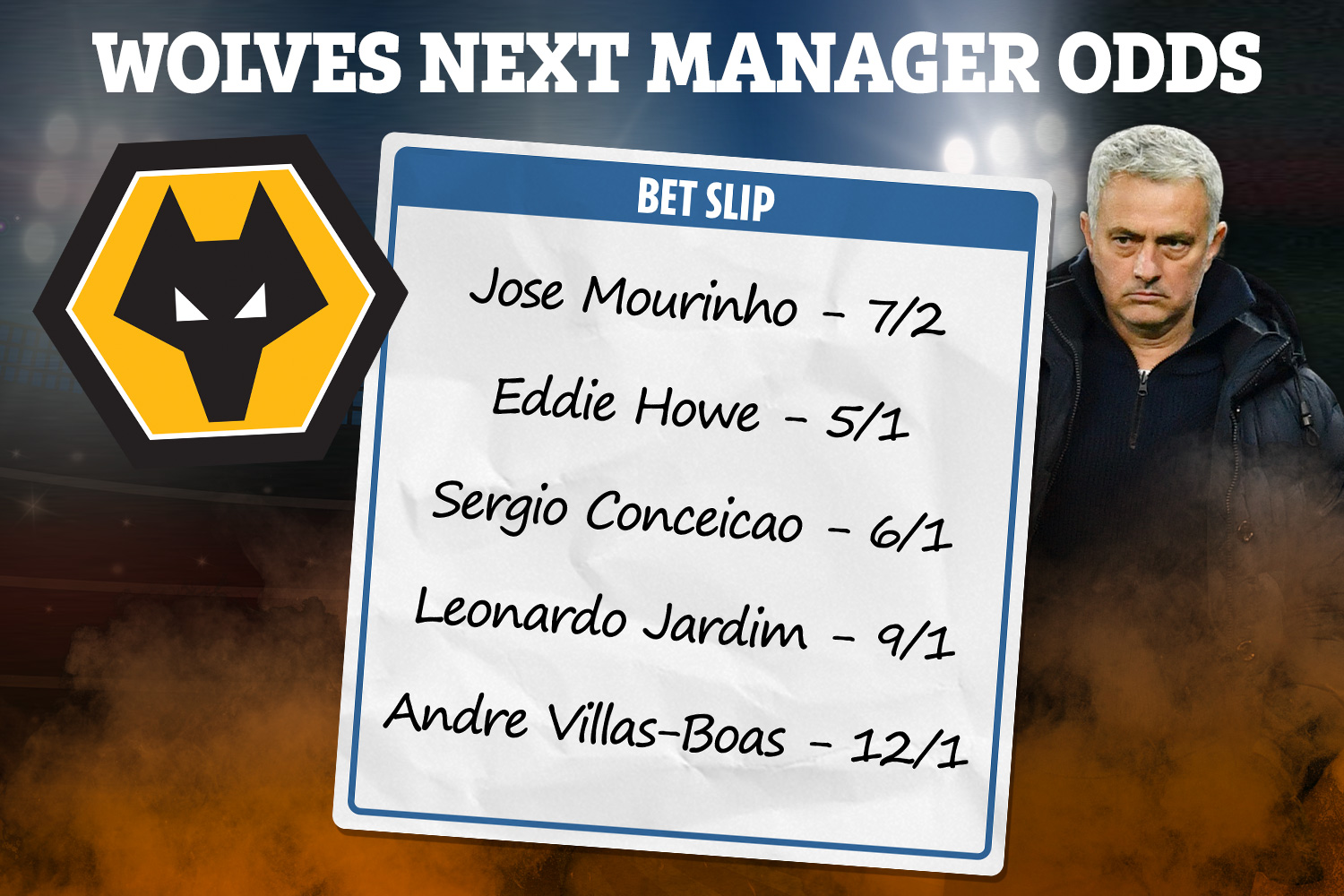 Espirito Santo has taken Wolves from mid-table in the Championship to an established Premier League side since his arrival in 2017.

He also guided the club to their first European quarter-final in almost 50 years during his four-year tenure.

But there are growing concerns that the 47-year-old could walk away this summer, despite being contracted until June 2023.

The Daily Mail claim Wolves are preparing for such an eventuality and have already started the process of identifying potential replacements.

Bookmakers Betfair have done the same with their 'Next Manager' betting market and Mourinho is the leading candidate at 7/2.

Mourinho was sacked by Tottenham after 17 months in charge earlier this week.

But many are expecting the Portuguese to make a swift return to management with roles at Juventus, Porto, Celtic and Wolves all being discussed.

Links between Mourinho and Wolves are likely due to influential Portuguese agent Jorge Mendes.

Mendes is Mourinho's agent and shares a close relationship with Wolves having helped them sign several Portuguese players like Rui Patricio, Ruben Neves and Joao Moutinho.

If appointed, Wolves would be Jose's FOURTH club in the English top-flight after stints at Chelsea, Manchester United and Tottenham.

But Liverpool legend Jamie Carragher thinks any chance of another Premier League job is unlikely.

He said: "I don't see Mourinho back in the Premier League, I think that ship's sailed now.

"Would he go to a middle of the table club? I just don't see him there, I really don't. It's either international football or maybe Italy."

Former Bournemouth boss Eddie Howe is the closest challenger at 5/1.

The ex-Cherries manager has been a free agent since August 2020, following his side's relegation to the Championship.

Porto's Sergio Conceicao is available at 6/1 with Leonardo Jardim and Andre Villas-Boas offered at 9/1 and 12/1 respectively.

Sacked Everton boss Marco Silva is priced at 14/1 while Mark Hughes and Carlos Carvalhal are outsiders of the field at 16/1 and 20/1.