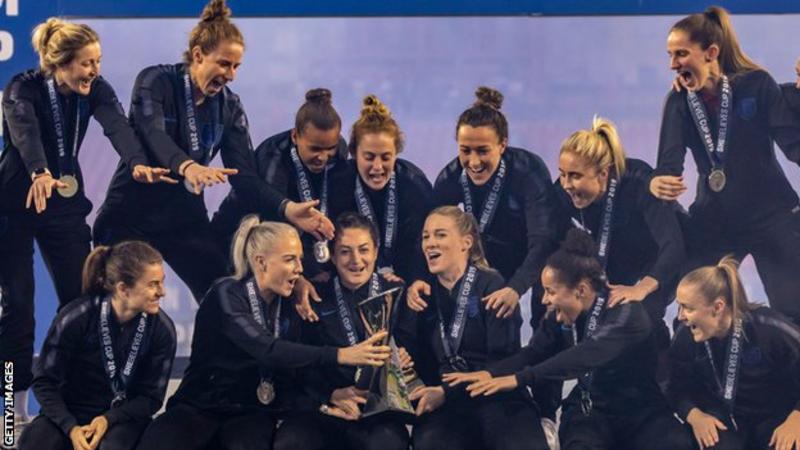 “We want women’s football to get bigger and bigger, but we have to make ourselves as visible as possible. We’re so powerful right now. We’re a steam train, we’re not stopping…”

Arsenal and England defender Leah Williamson sends out her rallying cry to the female footballing world – not from behind a podium but from a chair on a film set, where she is the big star.

That is exactly what this summer is about for the Lionesses – being the big stars on the ultimate stage, performing to an audience of millions and lifting a golden trophy in the final scene before the music kicks in and the credits roll.

In this instance, the trophy isn’t an Oscar or a Bafta (not yet, anyway), but the Fifa Women’s World Cup, and for the past nine months BBC Sport’s cameras have exclusively followed the squad and their manager, Phil Neville, as they prepare for the finals in France, which begin on Friday. 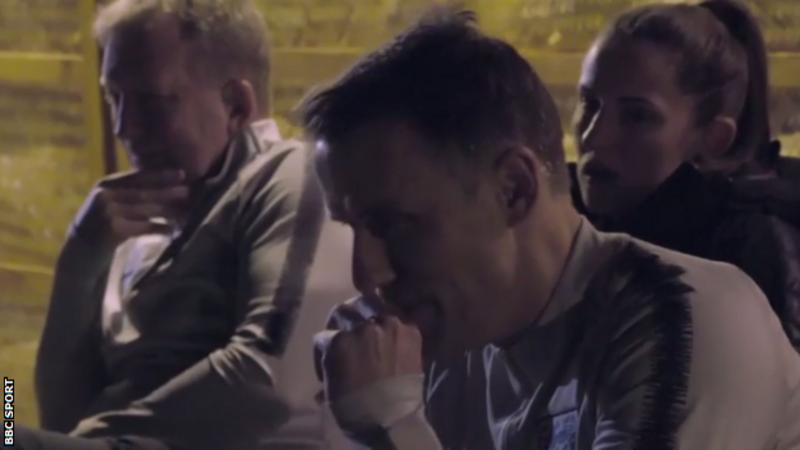 1. Not getting selected for a World Cup squad hurts… a lot

Sounds obvious, right? Of course you’d be disappointed if you were denied the opportunity to reach the pinnacle of your career.

But to witness the lasting scars such a rejection can cause – and to see how England’s manager was affected by his own past World Cup agonies – was not expected at all.

We see Lionesses boss Phil Neville pouring his heart out over his three failed bids to earn a place at the men’s World Cup finals. Visibly choked, he regales his players with his savage stories of missing out – from being given 30 minutes to pack his bags in 1998 after his last-minute exclusion from Glenn Hoddle’s squad, to receiving the dreaded call in 2002 and 2006, both from Sven Goran Eriksson and both, utterly bizarrely, while he was shopping in Debenhams.

“The moral of the story? Don’t go to Debenhams,” Neville says. It raises a laugh, but the pain is real. It’s a pain that some of the players in front of him will feel all too keenly, all too soon. 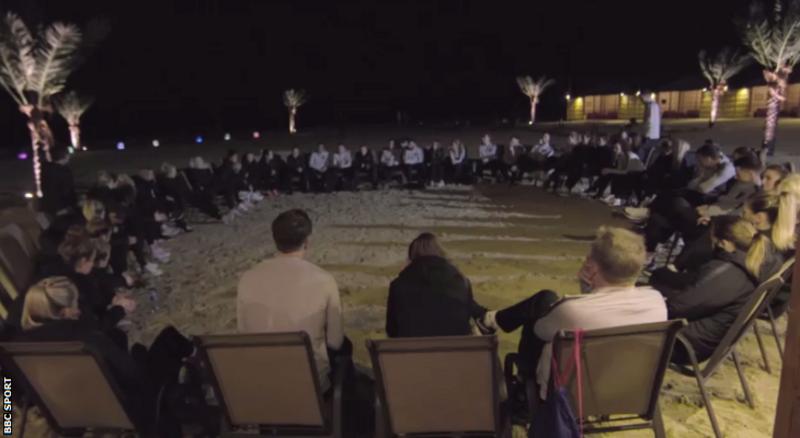 2. A bonding session in Qatar can do wonders for team spirit

When all is said and done after the World Cup, the Lionesses may well look back on their January trip to the gulf state of Qatar as the time when it all truly started to come together.

On the agenda? Eight uninterrupted days of warm weather training, drills, forfeits and unannounced trips in the dark over sand dunes to unknown locations.

“It was a lot more about team building… we could relax a little bit more,” says striker Toni Duggan. “It was really nice to just let our guard down and integrate as a group.”

Chelsea winger Karen Carney echoes that sentiment. “To be able to open up and speak about things comfortably in front of everyone just shows what kind of team we have around here and I think that’s really special,” she says.

The trip seems to do the trick. Two months later, the Lionesses lift the She Believes Cup for the first time, beating Brazil, drawing with world champions USA and thrashing Japan. 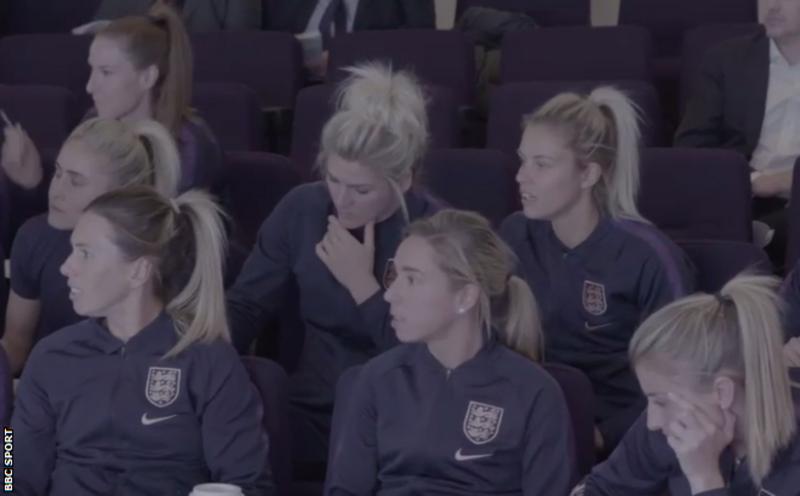 3. The most anticipated Women’s World Cup yet will bring big off-field tests

England’s male players know only too well what it’s like to be under the microscope heading into a major tournament. But with the women’s game growing and interest peaking before the biggest World Cup yet, the Lionesses are going to find their every move scrutinised just as much over the next month.

That’s why we get to see them schooled in how to deal with the pressures of being in the public eye, with the hopes of a nation heaped on their shoulders. 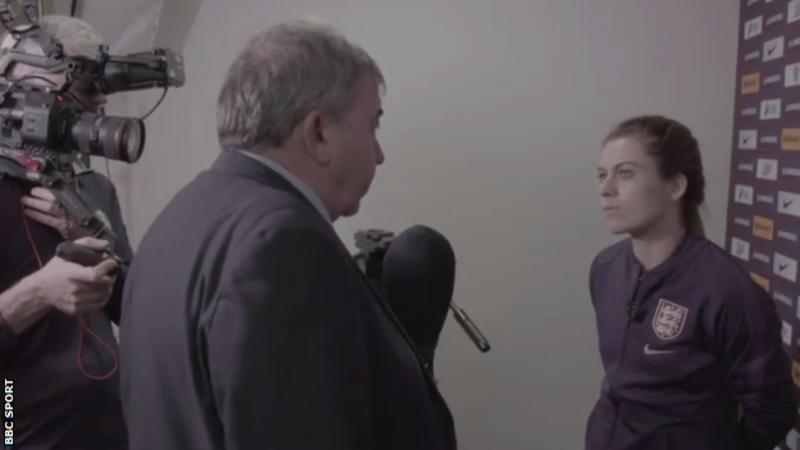 BBC commentator Jonathan Pearce plays the part of lecturer/inquisitor as the Lionesses are put through their paces with a media quiz and simulated TV interviews.

“There will be the burden of media pressure day in, day out,” Pearce says. “I don’t think they’ve experienced the scrutiny they’ll be under and it will be pressurised – and for some, it will be intimidating.

“There will be people at the World Cup in 2019 who would like to bring some things out about the players that they wouldn’t want to come out.”

One player not afraid to bring up her personal life is Karen Carney, who reveals details of a previous episode of depression and what it’s like to have to deal with death threats from trolls on social media.

“It’s tough, you do have to accept some form of trolling,” she says. “You’re going to get it but there’s a level which is unacceptable and I felt mine completely cross the line.”

4. It helps to be able to call in a family favour 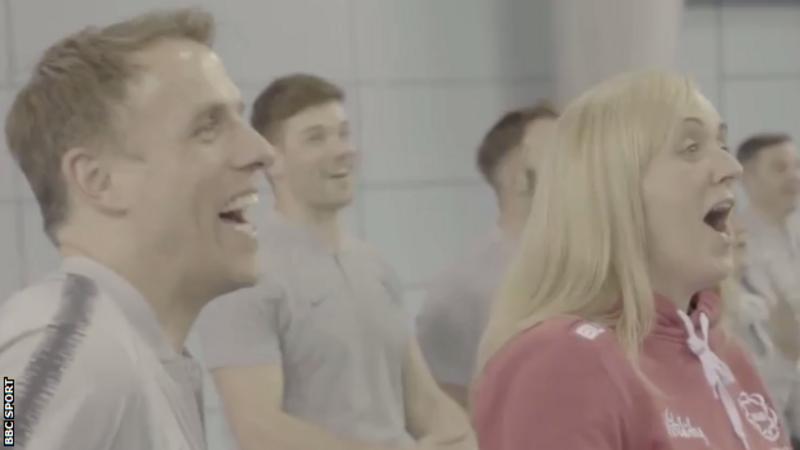 Many a decent manager has brought in a motivational speaker to gee up their players over the years, but being able to call on a whole team to bring the buzz is something else altogether.

That’s just what the Lionesses get from England netball head coach Tracey Neville who, while chatting to her twin brother back in the pub in Bury, suggests she and her Commonwealth gold-winning Roses could pop in to “share the cultural experiences of our journeys up to that point” in exchange for Phil “putting on a spread”. 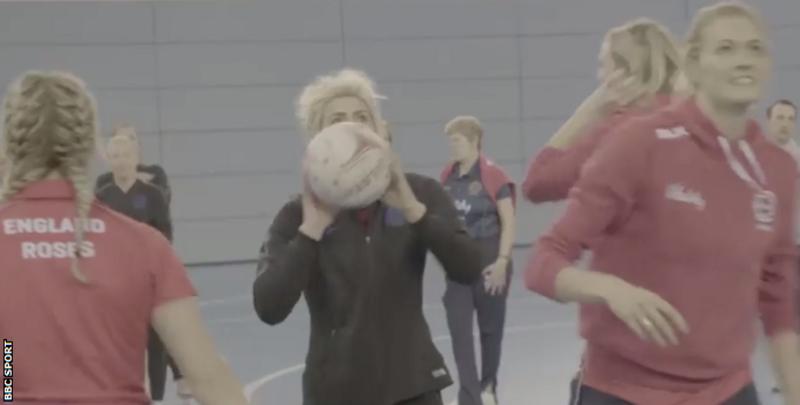 We see the Lionesses try netball and the Roses take penalties as wisdom is shared in between bites from the buffet.

“It isn’t about women and female sport, it’s about sport,” says Tracey about the Neville family values.

It is clear the Neville twins grew up in an environment where passions ran high, winning was everything and the playing field was always level – all the attitudes and attributes you’d want a top coach to have, no?

5. The Lionesses aren’t just out to win, but to change the game

Chelsea defender Millie Bright was the only girl in her school who played football. Now we see her back in her home village, inspiring the next generation to follow in her footsteps.

Lucy Bronze tells us how she wasn’t allowed to play football with the boys once she reached a certain age and “had to play with the girls”, which made her sad.

Now she’s a two-time Champions League winner and, in the words of her manager, “without doubt, the best player in the world”.

Three short years ago, Leah Williamson was watching England’s men on a big screen in the fanzone at Euro 2016.

Now she is starring in documentaries about how far she has come and being announced in a World Cup squad by Match of the Day pundits and Arsenal A-listers – in Alex Scott and Ian Wright. 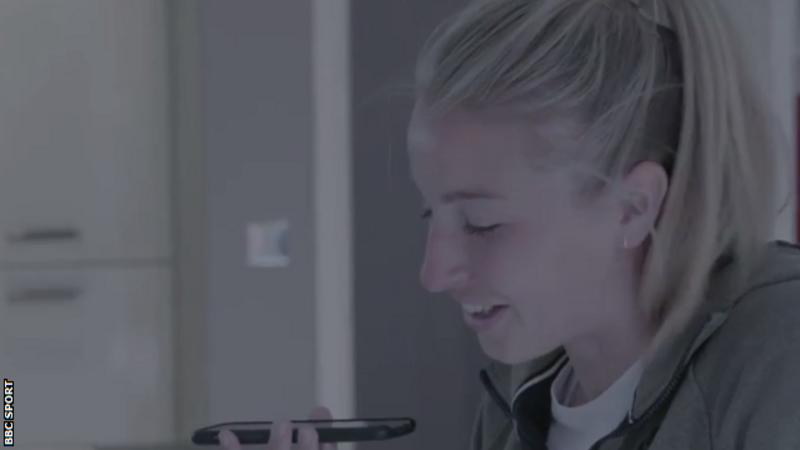 Every Lioness has a back story and now every squad member has the chance to write a new chapter, become a hero and get thousands more girls playing, growing and changing the game.

The documentary may be called ‘England’s World Cup Lionesses’, but perhaps in real life it will soon be the ‘England Lionesses’ World Cup’.