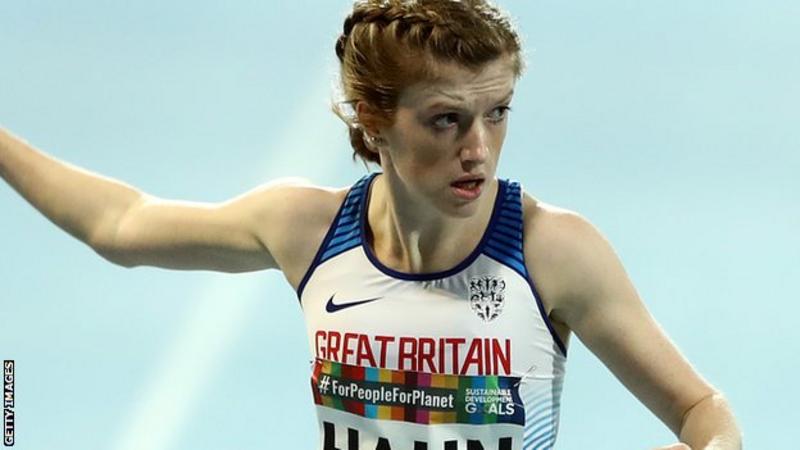 Britain’s Sophie Hahn improved on her own world record as she won the T38 200m gold at the World Para-Athletics Championships in Dubai.

Hahn, who broke her own world record to win her fourth straight T38 100m title on Tuesday, clocked 25.92 seconds.

It lowered the 22-year-old’s previous record by one hundredth of a second.

Hahn, Paralympic champion over the shorter distance, has now successfully defended both titles she won at London 2017 and it brings her total World Championship title tally to seven.

“It’s my first 200m race of the year and I’ve no idea where that came from,” she told BBC Sport.

“I’m in shock to be honest. To come home with a world record, I couldn’t ask for much more than that.”

‘It’s affecting what I love’ – Cox on eating disorder relapse

On Monday, Cox told BBC Sport that being at the championships in Dubai had triggered a relapse of her eating disorder.

She revealed that a “few bad habits had snuck back in” as she struggled having “so many eyes” on her in the team environment.

On Wednesday, she told BBC Sport she had experienced a “few emotional days” since but that she was receiving “amazing” support from her team both in Dubai and at home in the UK.

“I’m doing OK,” said the 28-year-old, who first spoke of her eating disorder in April. “It’s been a few emotional days, but I’ll be fine.

“The team have been amazing. I’ve had the doctor checking on me, maybe too many times. She’s been really good. Everyone has been checking in on me and I’ve been in contact with my psych doctor back home, so I’ve had a lot of support.

“My team-mates have been amazing for me, so I have had the support I have needed.”

Cox, who has multiple sclerosis, said her relapse had come as a “surprise” to herself and her team.

“They were aware of how bad things were before it came out, but things had improved quite a bit, so it just all got a bit overwhelming for me and things spiralled out of control before I had chance to realise and even say anything to anyone” she said.

“It’s unfortunate really, but it’s part and parcel of having disordered eating.”

Asked if a team environment at a championships was the best environment for her to be in, she said: “I guess it has crossed my mind but the one thing that is always there is the fact that I love it, so I’m never going to step away from it.

“I want to be back on top, I want my title back. I do it all because I love the sport so it’s just something I am going to have to deal with, just another hurdle to get over and hopefully I will get there.

“I think I’m angry at the fact it is now hampering [her performance], as opposed to when I thought it was helping.

“I’m going to work harder to get over it because it is affecting what I love, so progress will happen I hope.”

If you or someone you know has been affected by a mental health issue, help and support is available at bbc.co.uk/actionline