DAMIAN PRIEST has described his face-to-face confrontation with Kane during the Royal Rumble as “terrifying”.

Priest – who joined NXT in 2018 – made his main roster debut as a surprise entrant in the Royal Rumble match. 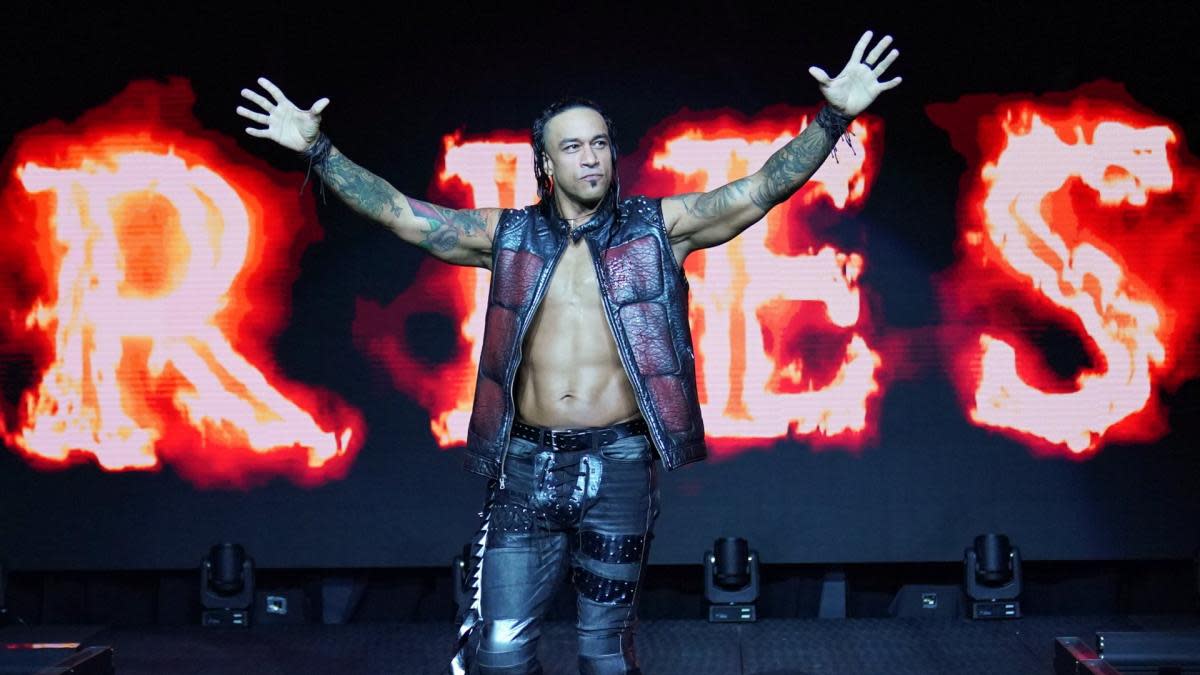 The nearly 7ft Kane – storyline brother of the Undertaker and the real-life mayor of Knox County, Tennessee – was also a surprise entrant.

In a shocking moment, Priest threw Kane over the top rope and eliminated the iconic “Big Red Monster” from the match.

The impressive performance was regarded by many fans as a star-making debut.

The Royal Rumble event – which included a women's Rumble match won by Bianca Belair – is available on DVD & Blu-ray on March 22.

Speaking to SunSport, the 6’5” Puerto Rican described how he pretty much “blacked out” during the men's Rumble match.

Priest said: “There was so much excitement I can barely remember what happened. But the one thing that obviously stands out is that moment with Kane.

“I remember looking at him and thinking, ‘I understand why everyone’s so scared of him. I feel like I’m in a horror movie now.’ It was exciting but terrifying at the same time. Was he going to set me on fire or something?”

A strong showing in the Royal Rumble match is traditionally a sign that WWE has big plans for an up-and-coming superstar.

Eliminating Kane from the Rumble made an extra statement from Priest. Kane is a Rumble legend and held the record for most Royal Rumble eliminations for a staggering 13 years.

As well as their in-ring confrontation, Priest also found Kane backstage to get some advice from the 25-year veteran.

Priest said: “I made sure that I spoke to him backstage. What an awesome human being.

“He’s definitely not one to be treated like a legend. He’s like, ‘I’m one of the boys, we’re all in this together.’ It’s crazy that that’s still his mentality.

“He gave me some words. Very motivating. He’s just a nice person.”

Priest also credits Royal Rumble winner Edge for befriending and supporting him with advice behind the scenes.

Priest, 38, has a martials arts background and wrestled in Ring of Honor before joining NXT. He won the North American Championship last August in a stunning five-man ladder match.

Since the Royal Rumble, Priest has been promoted to Raw and paired up with WWE’s latest celebrity signing – rapper and global superstar Bad Bunny. 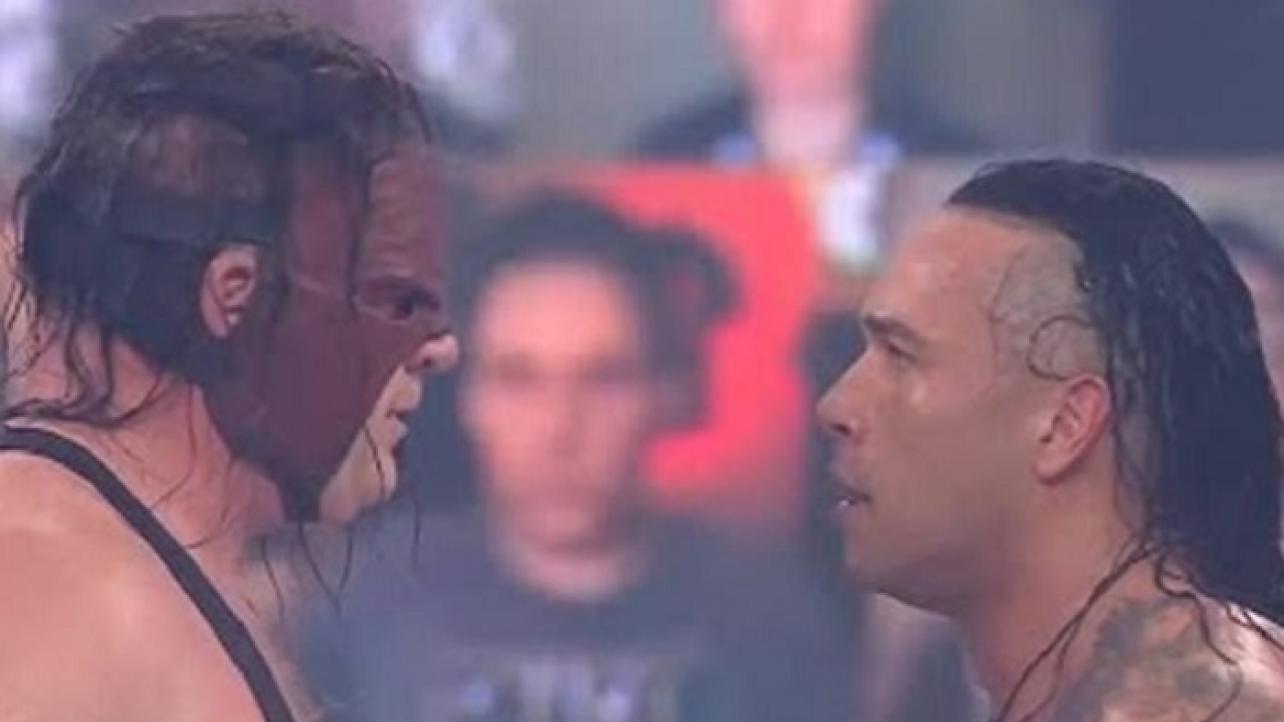 The duo are real-life pals and fans expect them to team up at WrestleMania to take on The Miz and John Morrison.

Bad Bunny even executed a top rope dive onto Miz and Morrison during the Royal Rumble match – an improvement on Snoop Dogg’s dodgy top rope splash in AEW a few weeks earlier.

Priest said: “Everyone calls us a pairing or a team. We’re a friendship. Just let us have fun and roll the camera. That’s the mentality.”

Bad Bunny is setting the example for celebs by actually getting involved – he's now the reigning 24/7 Champion.

Priest said: “Bad Bunny’s not doing it because he thinks it’s just a good idea today. He’s said many times that he wants to be a part of this business.

“He really loves this stuff and it shows. He’s not just there because he got an opportunity to promote an album.

“He uses a lot of wrestling in his music and he’s done crazy wrestling things – like spitting water onto a basketball court like Triple H and getting in trouble for it.” 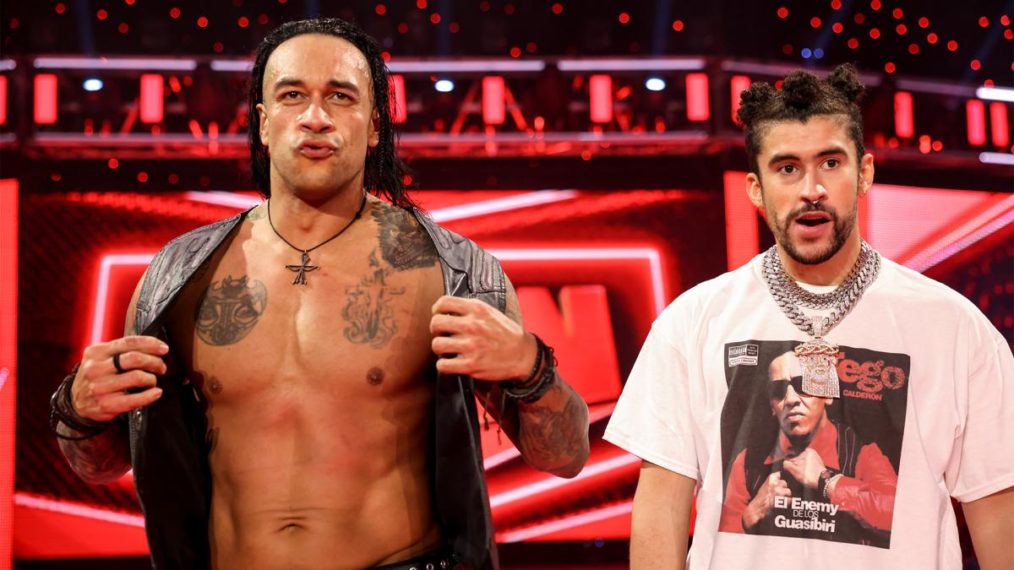 The incident happened when Triple H’s music was played at an NBA game between the Miami Heat and the Dallas Mavericks in March 2020.

Bad Bunny mimicked Triple H's water-spitting ring entrance and was quickly told off by an usher.

Priest is a longtime fan of “The Bad Guy” and uses Hall’s iconic finisher – the Razor’s Edge crucifix slam.

Scott Hall first saw Priest do the Razor’s Edge during a visit to the WWE Performance Center, when they watched a video of a match between Priest and former UK champ Pete Dunne.

Rather than reprimand Priest for using the trademark move, Hall’s only reaction was: “That’s as high as you can get him? That’s it?”

Priest said: “Keith Lee was there and he lost it laughing. He knows how big of a fan I am of Scott’s, so he knew how nervous I was.

“He thought it was funny that Scott was roasting me – Keith Lee wouldn’t stop roasting me after because of that.”

Royal Rumble is available on the WWE Network and on DVD & Blu-ray March 22.